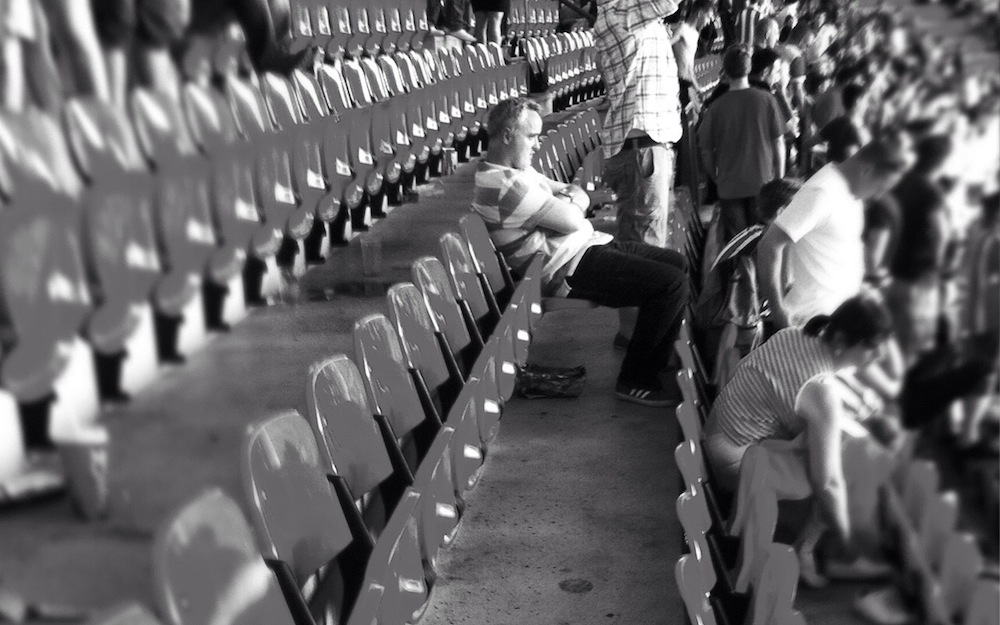 A Los Angeles radio sportscaster who billed himself as “Super Fan” used to end his broadcasts saying, “In the department store of life, sports is in the toy section.” That’s as good an explanation as any for my being an L.A. sports fan. I like toys.

But toys can have deep meaning, and their loss can involve pain. We talk today of Los Angeles as a place of the Lakers and other winners. But the Lakers, when they first arrived, inspired pain and frustration. In the 1960s, led by Elgin Baylor and Jerry West, they made it to the National Basketball League finals six times. And they lost each and every time.

As an L.A. sports fan, I learned about the agony of defeat early. After World War II, the Pacific Coast Conference agreed to have its winner play the Big Ten champion in the Rose Bowl Game. The 1947 game was the first of the series, and Illinois beat UCLA 45-14, a defeat this 15-year-old loyal Southern Californian took very hard. The following year was even worse: Michigan humiliated the USC Trojans 49-0.

But the 1940s also created the L.A. sports scene we enjoy today. In 1948, John Wooden, in his youth a Purdue University All-American basketball player, came to Los Angeles to coach at UCLA. It took 16 years for the Bruins to win their first national title—being a sports fan here always has required patience—but that was followed by nine more championships over Wooden’s final 11 years.

The first college football game I attended was a 1944 USC-UCLA game. In that war year, the schools faced off twice. They tied 13-13 in the first game, and USC won the second, 40-14. Unfortunately, I—a UCLA alumnus—went to the second game. Bob Waterfield was the UCLA quarterback.

Waterfield also helped teach me that being an L.A. sports fan meant being lonely. In 1945, Waterfield, who had attended Van Nuys High School, quarterbacked the Cleveland Rams to the National Football League championship. The next year, the team moved here and became the Los Angeles Rams. Many of my co-workers at the Terminal Annex post office on North Alameda Street were transplants from the Midwest who retained their loyalty to their home states and even appeared to resent living in California, which irked me no end. Gus Oelrich, a Cleveland native and veteran of the 82nd Airborne Division, who’d parachuted into Normandy on D-Day, took the Rams’ move as a personal affront. He razzed me unmercifully when my teams lost—and enjoyed seeing me squirm when a Midwest team defeated a California team. It was all in fun, of course.

Cleveland had its revenge. In 1946, the new All-America Football Conference and its Los Angeles Dons began playing in the Coliseum. The price of admission for kids was 25 cents, so I took my younger brother Raul to many Dons games. Every Thanksgiving at 11 a.m., the Dons played the awesome Cleveland Browns, coached by Paul Brown, with Otto Graham at quarterback, Marion Motley at fullback, Dante Lavelli at end, and Lou Groza kicking field goals. All became Hall of Famers. The Dons lost every Thanksgiving Day game the two teams played. Raul and I had the consolation of then going home for Thanksgiving dinner. (Mother was an excellent cook.)

Norman Van Brocklin, who played at the University of Oregon, became the Rams’ quarterback in 1951. His favorite receiver was end Tom Fears, a UCLA alumnus. We attended Ram games on Sunday afternoons. I parked the car on Hill Street, and we’d walk from there to the Coliseum, tramping through the autumn leaves that covered the Exposition Park lawn.

In 1951 the Rams played the Cleveland Browns for the league championship. I was then in the Army, stationed in Alaska. Bob Kelley, the enthusiastic Rams announcer, did the play-by-play of the game for Armed Forces Radio. Usually a reserved young man, I let myself go that day cheering my team on. My fellow soldiers had never seen me so animated. Late in the fourth quarter with the game tied, Tom Fears got open and caught a 73-yard pass from Van Brocklin that won the NFL title for the Rams.

There were many other Ram teams to come, but the 1951 team was one I never forgot.

The Rams made an impression on Los Angeles that has lasted despite their departure to St. Louis in 1994. In the 1960s Merlin Olsen, Roosevelt Grier, Deacon Jones, and Lamar Lundy, the “Fearsome Foursome,” anchored the Ram line and Los Angeles sports. Roman Gabriel was the celebrated Rams quarterback for 11 years, from 1962 to 1972.

L.A. was a football town then, but it wasn’t the only sport that would shape the city. My father was a boxing fan and listened to many fights when Joe Louis was heavyweight champion of the world. But I didn’t see a professional fight until 1950, when I went to the Olympic Auditorium in downtown Los Angeles. The two heavyweights who fought that night were Lloyd Marshall and “Irish” Bob Murphy. The atmosphere was what I might have expected: the pungent odors of beer, cigarettes, and cigar smoke, seedy-looking characters mingling with what might have been movie stars. What I did not expect to see was blood, a great deal of which spilled in the ring that night. Blood was never a factor on radio or on black-and-white television screens. I was shocked.

The first fight I saw in person was also the last.

In 1943, my family lived in a duplex at the corner of 43rd and Wall streets. Our yard was a large, dusty lot that fronted on 43rd Street. Not far from us, at 42nd and Avalon Boulevard, was Wrigley Field, home of the Los Angeles Angels of the Triple-A Pacific Coast League. On weekends, baseball fans headed for Wrigley cruised around looking for parking. I obliged them by allowing many to park in our yard. I set the price, 10 cents, and collected the money.

Raul and I attended many games at Wrigley, which was within walking distance. The Angels were a farm team of the Chicago Cubs (the park was named for the Cubs’ owner, William Wrigley, of chewing gum fame), and players sometimes left the Angels and moved up to the Cubs. Players on the way down also came to our team. They were unforgettable. Angel outfielder Lou Novikoff was called “The Mad Russian” because of his alleged erratic behavior. Mickey Kreitner was a catcher whose throws to second base too often ended up being fielded by his own center fielder. The Angels won pennants in 1943, 1944, and 1947. In that last year the star was first baseman Steve Bilko, whose name inspired the TV writers who gave the world “Sgt. Bilko.”

Other Angels with recognizable names were Tommy Lasorda, Gene Mauch, and first baseman Chuck Connors, who became a movie and TV actor. Fred Haney, who in his youth had played for the Detroit Tigers with Ty Cobb, was the Angels broadcaster from 1946 to 1948. His broadcast signoff was, “This is Fred Haney, rounding third and heading for home.”

In 1947, the year Major League Baseball dropped the color barrier, I attended an exhibition game at Wrigley that pitted a team of white players against one composed of black players. New York Yankee Joe DiMaggio hit a home run over the left field wall that day; Stan Musial of the St. Louis Cardinals played as well, and Bob Feller of the Cleveland Indians pitched. The aged pitching legend Leroy “Satchel” Paige pitched for the black team. But the star of the day was the UCLA alumnus who that year had made history for the Brooklyn Dodgers. Frenetic cheers greeted every contact Jackie Robinson’s bat made with a pitch, even when the result was an easy out.

I (barely) made the baseball team in my junior year at Mt. Carmel High by tirelessly chasing after batted balls during practice. I got into one game. In my first at-bat, facing a tall, lanky Leuzinger High School fastball pitcher, I learned that it takes courage to stand in the batter’s box while a stranger throws high-speed baseballs in your direction. A scorer would record my two appearances at the plate that day as resulting in a K and an F4—a strikeout and a pop-up to second base.

When I saw our coach at the 50th anniversary of our class’ graduation, I announced, “Coach, I never made it to the major leagues.” Mr. Honer took the news well.

Los Angeles made the majors, though. The Dodgers arrived from Brooklyn in 1958 and played in the Coliseum, with a long oval field that was an odd fit for baseball. The short left field was fitted with a high wire fence to make it less easy to hit home runs. Outfielder Wally Moon’s fly balls over that short, high fence were called “moonshots.”

Brooklyn Dodger Roy Campanella never played in Los Angeles after an accident left him in a wheelchair. But I was in the Coliseum on May 7, 1959, Roy Campanella Night, one of over 93,000 fans who came out to honor the great catcher and see an exhibition game with the Yankees. Campanella was there. They shut off the Coliseum lights and asked fans to light matches in his honor.

And so we did. It was a powerful, emotional moment. L.A. sports fans know all too well what disappointment and loss feel like. But we also know how to rally. We are not so easily defeated.