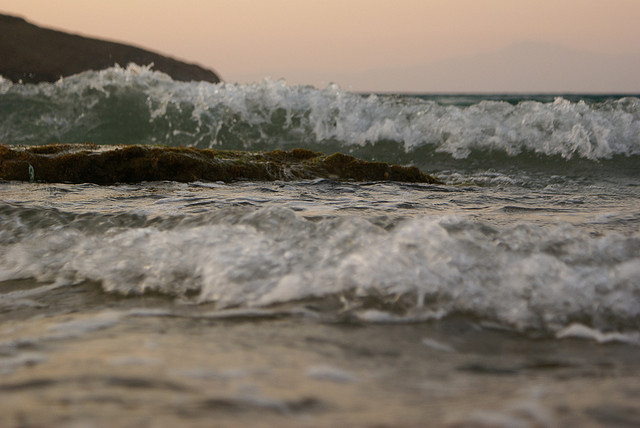 It might sound crazy, in the middle of a drought, to suggest that California can have a water-independent future. But I’ve come to believe that this is possible.

My studies and those by others, as well as the experiences of nations such as Singapore, Australia, Israel, and many European countries, show that water reclamation, water recycling, and reuse—which currently accounts for under 10 percent of the water Americans use in most regions—could reduce up to 30-50 percent of the country’s water use. This is important for a number of reasons.

Water and energy are inextricably linked, and there is an urgent need to reduce the energy cost of water delivery nationwide, which accounts for a significant portion of energy usage in many communities. In California, for example, 19 percent of the electrical energy and 30 percent of the natural gas we consume is water-related. America’s water infrastructure is also aging, and requires costly upkeep and retrofitting. Meanwhile, agricultural sustainability in the Western U.S.—and throughout the country—is threatened by population growth, increased demand for crop production (for both food and biofuels), shrinking freshwater resources, increased soil, groundwater, and surface water salinity, increased security concerns, and diminishing fossil fuel resources.

But there is one water resource we’re underutilizing: seawater. Reverse osmosis (RO), the leading technology for seawater desalination (as well as for brackish and river water), is both simple and scalable.

RO membrane technology separates and removes dissolved salts and impurities from water through the use of a semi-permeable membrane. In the RO process, high-salinity water is forced by pressure through a membrane that rejects salt ions; high-purity water is filtrated out. This process has been around for a half century: The first viable membranes for water desalting were developed in the early 1960s at the School of Engineering at UCLA, which then commissioned the world’s first reverse osmosis plant for brackish water desalination in the Fresno County city of Coalinga. It is estimated that, in 2011, the capacity of desalination plants around the world (either in production or under construction) amounted to about 80 million cubic meters/day with over 17,000 desalination plants in 150 countries. The global desalination market is estimated at approximately $18 billion, but that figure could rise to as high as $30 billion within a few years.

Critics contend that reverse osmosis desalination requires large amounts of energy. But so do our home refrigerators, air conditioners, and washing machines. The real issue is the cost of water desalination relative to other available sources. For example, bottled water costs range from $1 to $3 per liter in the U.S., depending on the brand and location of purchase. In comparison, seawater desalination costs can be as high as about $0.45 per 100 liters and about $1.50-$2.00 per 1,000 liters for large-scale production. Of course, the above cost does not include conveyance of the water to the customer.

Over the years, intensive research and development efforts have been devoted to lowering the energy cost of reverse osmosis seawater desalination with tremendous success. Since about 1990, energy costs have decreased by nearly 75 percent for large-capacity plants. In principle it is possible to lower the energy costs of reverse osmosis desalination even further, although this could very well be at the expense of higher capital cost.

There are a number of impediments to lowering costs further. As water permeates through the reverse osmosis membranes, various solutes such as organics (e.g., pesticides and humic materials, which affect acidity and alkalinity), inorganics (e.g., calcium carbonate, calcium sulfate—essentially dry wall material—as well as silica), particulate matter, and bacteria concentrate near the membrane surface. As these materials concentrate, more energy is needed to pump the water through the membrane; cleaning and replacing membranes also adds to the cost of the process. Advances in membrane materials, process optimization, and control could further reduce the cost of water desalination. Engineers are also experimenting with lowering the costs through developing membranes that will lower desalination plants’ footprints, creative financing for larger plants, as well as possibly deploying smaller, remotely monitored and operated plants closer to the point of need. Smaller plants could potentially benefit from the use of renewable energy resources like solar and wind power.

We are in a world of new water challenges and new water opportunities. New and non-traditional water resources (seawater, groundwater) and wastewater reclamation opportunities exist, but are mostly underutilized.

Over the next few years, it seems likely that the cost of desalination water production will be reduced by 20 to 40 percent. Around the world, many large desalination plants have been in operation for decades, and thousands of smaller plants are being built.

Seawater is a large water resource that is not subject to droughts. In that sense, it provides a large reservoir that—in proportion to surface water—is “limitless.” Seawater desalination could provide the necessary buffer the state needs to make up for water shortages now and in the future.