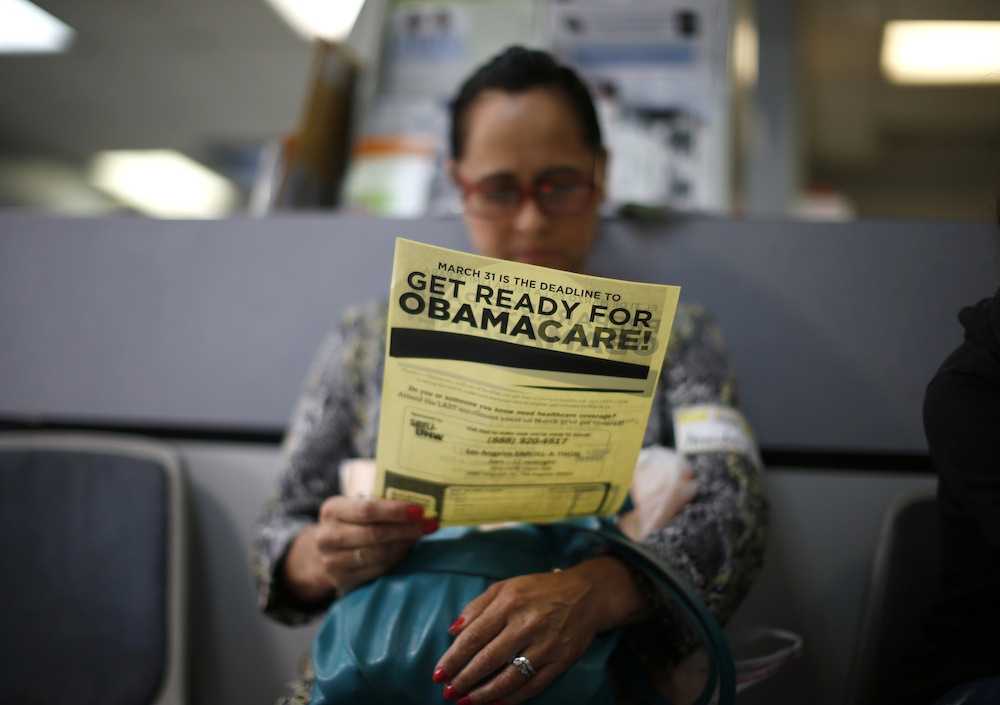 When I first moved to San Luis Obispo, I thought I’d go back to my native Wisconsin after I finished my degree at Cal Poly. More than 40 years later, I can’t imagine ever leaving. This place, once named the happiest city in America, has given me everything, including a good living as an insurance agent and regional sales manager.

Part of my job is to understand the complicated, and I’ve never come across anything as complicated as the Affordable Care Act. As I studied it after its passage in 2010, I began to worry about how the law’s one-size-fits-all approach would work in a semi-rural county where the major industries are agriculture, tourism, and government. I became concerned that no one here in San Luis Obispo could explain the law to me. And when I trained insurance agents on the law, I saw their eyes glaze over. New and experienced agents couldn’t make sense of the subsidies, plan eliminations, limited enrollment periods, and new taxes. Many agents chose not to participate in the new system, or to get certified to sell policies through Covered California.

I saw all this confusion as an opportunity—to give back to my community and to educate the individuals and businesses that have been so loyal to me and my insurance agency, even after I turned it over to my wife and went to work in management at Anthem Blue Cross. So I left that management position—and a salary and great benefits—and decided to take on the task of educating our community on healthcare reform.

Getting the word out through traditional advertising was beyond my financial means. So I began meeting with people from local institutions and found that my most promising partners were hospitals. I prepared elaborate presentations about the risks and rewards of Obamacare. Hospital staff and executives were as puzzled as anyone else about the impact of the law and had a financial interest in public education. I offered to provide that education and, in turn, the hospitals agreed to use their media and community contacts to spread the word about my willingness to educate people on the subject.

The invitations started to pour in. I gave joint presentations with the county health department on the Medi-Cal expansion that’s part of Obamacare. I spoke at the chamber of commerce, the rotary, and other service and community organizations. Many churches in the region offered the use of their rooms and did outreach. Through word of mouth, I had gained enough momentum to launch a public campaign.

I launched the campaign last June—four months before open enrollment for Obamacare was set to begin—with the help of the health department, hospitals, churches, and other community organizations. My first seminars at Sierra Vista Regional Medical Center and Twin Cities Regional Medical Center were attended by about 50 people each, about half of what I expected. Most of the people who attended were either fearful of losing their Medicare coverage or community leaders who had insurance but were trying to understand the new law. Very few people who the law was designed to help—the uninsured—showed up. Even after we modified the ads to attract young people and those without coverage, very few members of our target population attended. By the enrollment launch in October, I had conducted 23 publicly advertised seminars in every corner in San Luis Obispo County, but the total attendance was only 500.

Given this lack of engagement, and the considerable confusion, I worried about the launch of the Affordable Care Act. And unfortunately, the botched rollout made it clear that San Luis Obispo was not unique: Many people in state and federal governments who were in charge of rolling out the new law did not understand it either.

I found it particularly frustrating to hear officials describe the process as easy. Peter Lee, executive director of Covered California said that using the website would be as easy as “buying a book on Amazon or a pair of shoes on Zappos.” Public statements were made about how small businesses could buy the same plans as large corporations, see their insurance prices fall, and get tax credits for offering coverage. These statements have proven to be untrue. Even worse, they made my local efforts at public education much more difficult.

As we now know, the Covered California website—while better than the federal exchange site and other state exchange sites—was only marginally functional for the first three months. Clients who turned to the phone often found the lines jammed; those who got through waited for two hours or more. People were extremely frustrated.

Even after all those months of work and public education, I couldn’t do much to help people. We agents were getting the runaround, too. First, we were told to use the website, which was unreliable. In December, we were told to use paper applications, but the fax lines were often down. Then we were told that Covered California didn’t have the capacity to enter the faxed information into the system and that we would have to enter it ourselves.

The good news is that final enrollment numbers in California exceeded expectations. People with a pre-existing medical condition can now buy individual coverage at standard rates. The expansion of Medi-Cal has made coverage more affordable to low-income people, and the subsidies helped many people buy higher benefit plans at low premiums. There were a few rewarding moments: the 64-year-old cancer patient without coverage who I pushed through the system so she could start cancer treatment within days of January 1. The widow who attended one of my seminars who cried when I showed her that she would have very low premiums and good benefits.

Unfortunately, such stories were the exception in my experience. Most of the people I worked with were already insured. They were reapplying to obtain lower premiums through the subsidies—beneficial, but not an expansion of coverage. Less than 20 percent of the folks I enrolled were uninsured. Other local agents I know experienced the same thing.

I’m also not seeing the choice and competition among health plans that was supposed to happen. In San Luis Obispo County, only two companies were available to individuals through Covered California: Blue Cross and Blue Shield, both of which previously dominated the market. Before Obamacare, there were three other small plans and dozens of options and prices. There are only four options offered under Covered California and, in many cases, my clients are actually paying more. And, because the reimbursement rates remain so low, some physicians won’t accept the new plans. Healthcare coverage is an illusion if no one will provide you with care.

It wasn’t any better for my business clients: the Small Business Health Options (SHOP) exchange only included Blue Shield and Health Net. The law only offered the much touted tax credit to businesses that went through the exchange, but many other carriers—and the most desirable plans—were offered outside the exchange.

After these last few years of studying and working with the law, I’m convinced that Obamacare was well-meaning but attempted to do too much, too fast. Of course, the continuous opposition and repeal attempts have hampered progress, but the lack of preparation and confusion is still inexcusable.

I remain worried about whether major problems will be addressed by the next open enrollment, which has been delayed until November 15. I continue to see clients whose information still has not been updated, or whose applications for insurance are listed as “pending”—even though they were approved months ago. The forms and website need to be clarified, so people don’t make mistakes. There’s still too much confusion out there. But, as an eternal optimist, I will continue to try to educate my community on how to deal with this ever-changing, but very important, legislation.