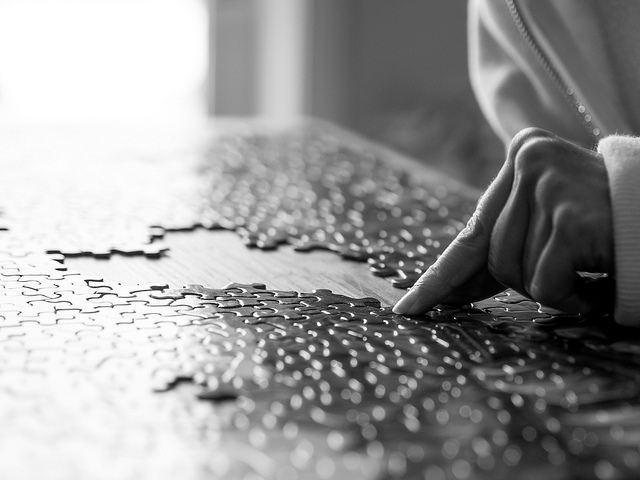 An Irishman, a Jew, and a Mexican walk into a bar. It’s a classic set-up line for a classic American joke. But it’s also a means of coping with our diversity.

We need such jokes. Despite all our slogans to the contrary, diversity such as ours isn’t always easy to negotiate. Humor is just one of the ways Americans navigate, narrate, expose, and otherwise unburden ourselves of the absurdities and pitfalls of living in such a complicated place.

Eight years ago, Harvard political scientist Robert Putnam released a now-famous study concluding that diversity lowers social trust. His massive survey of 30,000 Americans found that if you live in a more diverse community, you’re less likely to trust the people in it. Those of us living in ethnically diverse settings, the study found, “tend to withdraw from collective life, to distrust their neighbors, regardless of the color of their skin, to withdraw even from close friends, to expect the worst from their community and its leaders, to volunteer less, give less to charity,” and to spend more time sitting in front of the television.

But Putnam didn’t explore the other side of that coin: how millions of us manage to overcome the social distrust that diversity can foster.

I have a very devout Nicaraguan-born friend who lives in the San Francisco Bay Area. She likes to say that practicing Catholicism would be so much easier had she stayed in the country of her birth. Here in the U.S., she’s a member of a diverse congregation made up of Filipinos, Mexicans, Mexican-Americans, and a few older Anglos and African-Americans. Recently, the priest asked the congregation to vote on which devotional figure they should install in the church first. Most Nicaraguan Catholics maintain a special devotion to Our Lady of the Immaculate Conception. Mexicans are partial to the Virgin of Guadalupe, while Filipinos venerate the Holy Child of Atocha. My friend was obliged to sift through her feelings about her tradition and others, as well as to consider what she thought was fair and best for the common good. In the end, she voted for the Holy Child of Atocha, mostly because of how impressed she’s always been by the dedication of her congregation’s Filipinos, who show up even to services that compete with big sporting events.

Successful navigation of this country’s diversity has always required extra thought, and more brainpower. The more diverse the location, the more brainpower required by the people who live there.

In more homogenous parishes, towns, states, and countries, residents aren’t necessarily obliged to take that extra intellectual step. In places where the overwhelming majority of residents share a common background, they are more likely to maintain an unspoken consensus about the meaning of institutions and practices. That consensus, Dutch philosopher Bart van Leeuwen reminds us, is enforced “through sayings and jokes, in ways of speaking and moving, and in subtle facial expressions that betray surprise or recognition.” In other words, the way things are is so self-evident that they don’t require a second thought.

Diversity, however, requires second thoughts. When the consensus is challenged in a homogenous place by the presence of new people, things get interesting. The familiar signs and symbols that undergird our implicit understanding of the world can change in meaning. The presence of conflicting worldviews causes confusion, uncertainty, and alienation for holdovers and newcomers alike. These feelings can either cause people to draw back into themselves—or force them to articulate and justify themselves to those who don’t share their view of the world. Or both.

Because of our long history of immigration, the disruptions of diversity have been commonplace in American life. The late historian Timothy L. Smith famously called migration to the U.S. a “theologizing experience” that forced newcomers into the existential dilemma of having to “determine how to act in these new circumstances by reference not simply to a dominant ‘host’ culture but to a dozen competing subcultures, all of which were in the process of adjustment.”

This burden—of having to find your place in a landscape both shifting and unfamiliar—has played a powerful role in forging both the American character and our institutions. I’m no linguist, but I suspect it explains the very frank and direct manner of speech that Americans are known for around the world. Diversity and continuous migration—both foreign and domestic—make it difficult to forge a long-lived unspoken cultural consensus. In its absence, people must articulate their positions in as straightforward and assertive a way as possible to avoid misinterpretation.

Despite the fact that diversity is so central to the American condition, scholars who’ve studied the cognitive effects of diversity have long made the mistake of treating homogeneity as the norm. Only this year did a group of researchers from MIT, Columbia University, and Northwestern University publish a paper questioning the conventional wisdom that homogeneity represents some kind of objective baseline for comparison or “neutral indicator of the ideal response in a group setting.”

To bolster their argument, the researchers cite a previous study that found that members of homogenous groups tasked with solving a mystery tend to be more confident in their problem-solving skills than their performance actually merits. By contrast, the confidence level of individuals in diverse groups corresponds better with how well their group actually performs. The authors concluded that homogenous groups “were actually further than diverse groups from an objective index of accuracy.”

The researchers also refer to a 2006 experiment showing that homogenous juries made “more factually inaccurate statements and considered a narrower range of information” than racially diverse juries. What these and other findings suggest, wrote the researchers, is that people in diverse groups “are more likely to step outside their own perspective and less likely to instinctively impute their own knowledge onto others” than people in homogenous groups.

So it should follow that operating in a diverse environment makes you smarter. Not that that makes it any easier. Diversity doesn’t require us simply to learn how to celebrate our differences. It requires us to tax our brains by questioning our worldviews, our beliefs, and our institutions. American ingenuity isn’t simply born of the fusion of peoples into your favorite metaphor for mixture. Whether we realize it or not, it’s the good-humored hard work of living with people different from us that has always been the source of America’s genius.