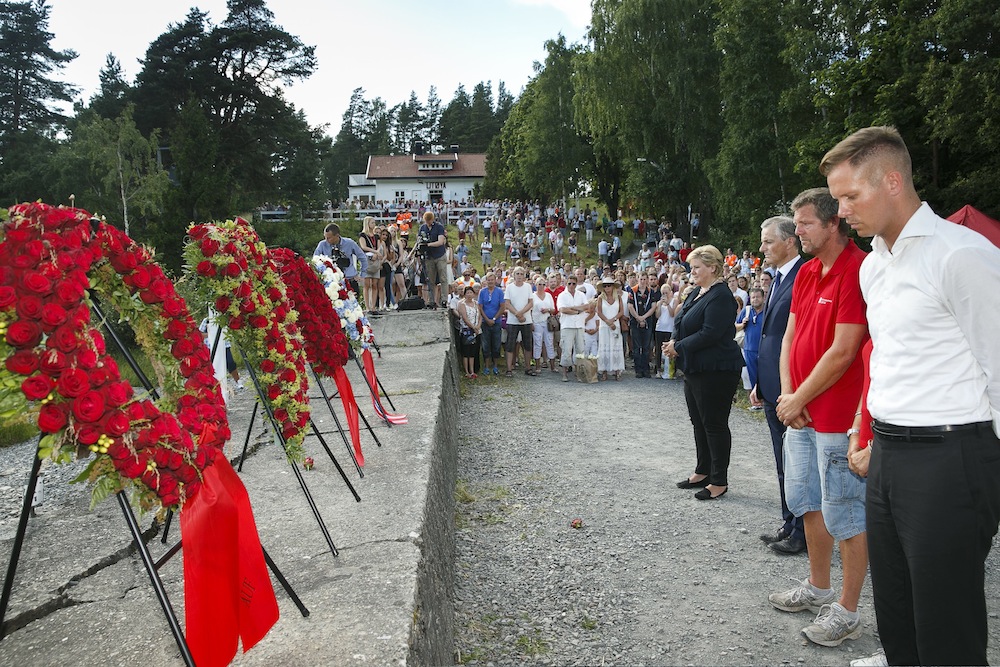 Three years ago this week, Norway experienced the worst terrorist attack in its history. Anders Behring Breivik placed a handmade 2,100-pound bomb just outside the prime minister’s office in downtown Oslo, which upon explosion devastated the central capital and killed eight people. Then Breivik took the ferry to the small island of Utöya, where he slaughtered 69 people, many of them teenagers, at a summer camp of the Social Democratic Youth organization. More than 90 people were severely injured in the shooting rampage.

The response to these attacks distinguished Norway, at first. In contrast to other Western governments that experienced similar crimes, the Norwegian leadership did not promise retaliation, did not yield to fear and impose new security rules that could have made the society more closed, and did not vow to launch a “war on terror.” Instead, the government recognized the attack as an assault on the country’s open-minded, democratic culture—Breivik, now 35, was sentenced to life in prison after a trial in which he claimed right-wing “political reasons”—and responded accordingly. Then-Prime Minister Jens Stoltenberg declared that Norway would become “more democratic, more open, and more human” as a consequence of the country’s worst post-war atrocity. This official promise was supported by a huge majority of Norwegians and received applause from across the world.

I live in neighboring Sweden and covered the attacks and their immediate aftermath for Swiss National Radio. Returning now, three years later, has been sobering. Feelings are darker and harder than they were in the aftermath of the horror. And there is very little evidence that these democratic promises will be fulfilled.

Instead, Prime Minister Stoltenberg has lost popularity and credibility. Several commissions that investigated the attacks issued public criticisms—some even held Stoltenberg’s government responsible for failing to ensure the most basic forms of security and emergency response and thus enabling Breivik to blow up the central capital and conduct the Utöya massacre. As a result of the reports, all responsible ministers and security officials have been replaced over the past three years. That includes Stoltenberg, who moved on to a job as the next secretary general of an organization deeply involved in the “war on terror”: NATO.

Along with shaking up Norway’s leadership, concerns about the government’s emergency preparedness before the attacks also called into question the underpinnings of Norway’s welfare state. In the aftermath of the attacks, survivors and victims’ relatives received little public assistance. One survey found that almost half of all victims’ parents report being unable to return to a full work schedule. Norway’s leaders have refused requests for more direct assistance (both in finances and counseling) to families and for funds to research the problems of survivors and victims’ families—even as they pushed to create expensive memorials near Utöya and in Central Oslo. Survivors and relatives have criticized the planners for not consulting them on the design of these memorials.

There has been precious little discussion of how to advance Norwegian democracy, as was promised. The only clear action has been a comprehensive sealing-off from public access of the Capital’s public buildings. Throughout the country, government buildings have become much less accessible to citizens than they were before the attacks. As for the rebuilding of Central Oslo, the main response has been to delay a decision on what to do with the buildings around the former prime minister’s office.

Norway’s leaders have also dashed hopes for revitalizing the strict, party-based governance system and allowed opportunities to start a reform conversation to pass without action. A series of proposals to enhance voting rights and introduce direct democracy, timed to the bicentennial of the Norwegian Constitution, were rejected by both the governing conservative party and the Social Democrats. Instead of celebrating the first century of universal suffrage by extending political rights, the government recently declared an end to electronic voting (despite a promising trial period).

Instead, Norway has been drawing harder lines. It became the first European country to introduce mandatory military service for men and women. It also established the right for municipalities to ban beggars from other EU countries. Three years after the attacks, Norway has been changed in exactly the way its leaders feared. It is becoming a less open society.