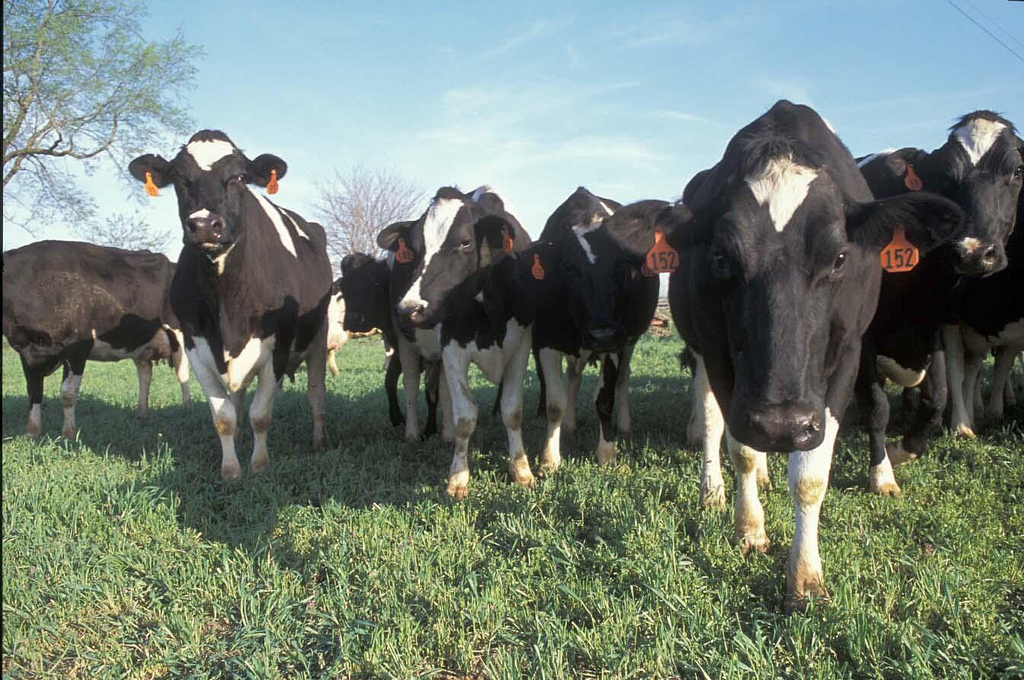 I am a California dairy cow. Mmmm—oo.

Surprised to hear from me? In normal times, I wouldn’t be inclined to cooperate with the anthropomorphic scheme of a writer desperate for a mid-summer column.

But today so much is being said about agriculture here in the Central Valley, and dairies in particular, that I felt the need to—if you’ll pardon the pun—milk the moment. Too many of you city slickers have the wrong impression of the cows you pass along the 5 or the 99.

In the stories and headlines, we cows are usually invoked as symbols of the past, the epitome of a traditional way of life. And so the stories say we’re threatened by whatever is the news or preoccupation of the day—climate change, labor costs, taxes, regulations, cheap food, the environment. Sometimes cows and dairies are portrayed as victims, unable to flee this dysfunctional state for greener pastures, like other businesses have. Or we cows are seen as victimizers, part of a water-guzzling agricultural industry that is getting its comeuppance with this drought.

Most of these narratives, I can assure you, are just so much manure. The truth is, I’m not old-fashioned, and these are neither the best nor the worst of times for me. In fact, if you got to know me, you’d realize that I’m a lot like you, my fellow Californians. And no, I am not just saying that because we’re mammals, or because there is some of me inside you if you drink milk or eat cheesy pizza.

What I am saying is that we all feel a little like cattle these days. Like all my fellow Californians, my life is being reshaped by technology. Like most of you, I am producing more than ever before. And like many of you, I experience a higher quality of life than those who came before me. But, just like for you, my day-to-day remains a struggle, and I don’t have a clear sense of what the future holds for me, not to mention my calves and grand-calves.

The story of my California probably sounds a lot like yours. We’re still the number one state in dairy (as we are in so many other things), producing nearly 5 billion gallons of milk annually, more than a fifth of the American supply. The county where I live, Tulare (this piece was inspired by a stare down I had with a columnist there), is one of four California counties among the top five dairy counties in America.

But California’s continued leadership among cows is not assured. The end of the last decade was brutal for us, much as it was for you with that housing crisis and recession. Supplies got so high that prices dropped. Then the cost of feed soared, in part because of a lack of rainfall. The combination of lower prices and high feed costs was too much for many dairymen. Since 2007, as a result of foreclosures and consolidation, California has lost about a quarter of its dairies.

Some dairies actually left the state. That may sound strange—how can you pick up and move a farm?—but it’s not uncommon. More than a generation ago, my ancestors lived in Southern California’s Inland Empire, which was full of dairies, but they relocated here in the San Joaquin Valley where land was cheaper. Today, states like Utah, Colorado, and South Dakota seek to lure our dairies with promises of cheaper land and less environmental regulation.

The result: The one constant in my corral is change. Just as you probably have to do more with less in your office, today’s economics require dairies to produce more with fewer cows.

That’s been good for me in some ways. It’s more important than ever for me to live comfortably so I give more milk. I now enjoy special fans and water sprays that keep me cool in the summer; flat, dry, and fluffy bedding (some cows even have water beds); and more freedom to exercise and socialize with my herd mates. I spend half the day resting; otherwise, when I’m not in the milking parlor, I eat (I need as much as 35 gallons of water and 60 pounds of feed a day). The medical care I get is better than a lot of humans’ (and I don’t have to deal with the Covered California website or phone line). Not that things are perfect: Many of today’s cooler dairy sheds have hard floor surfaces that make my hooves tender when I walk on them too much.

The pace of life in today’s more productive, technologically enhanced dairies has sped up. The game changer: sexed semen. You read that right—for nearly a decade, dairymen have been able to impregnate their cows with semen modified to produce more female (milk-producing) animals. And you thought online dating had taken the romance out of mating.

Parenting has also gotten more complicated. We’re having babies—calving— at 24 months old, and calving season is now year-round. Younger, fresher animals mean that a dairy makes more milk today with 700 cows than it used to make with 1,000 cows. The downside: It’s like being a billionaire’s wife—there always seem to be younger, hungrier females around, ready to take your place. Cows now typically have five years before they leave the dairy; there’s a nasty rumor in the sheds that we all eventually become meat for human consumption, but I prefer not to think about it.

In the last year or so, because my fellow cows and I are so productive (despite the drought), there’s been talk of a California comeback in dairy. Milk prices are up as overseas demand for dairy products increases, and our cow competitors in Europe and New Zealand have their struggles. But the comeback feels tentative.

There is also the problem of all those nuts out there. There’s only so much land in California, and if you’ve been in the Central Valley lately, you can see almonds (as well as pistachios and walnuts) taking up more and more land that once belonged to us cows, or to our feed. Olives are gobbling up more acres too, as the world can’t seem to get enough olive oil. With the drought taking more land out of cultivation, feeding me and the cows that come after me will get harder.

But you won’t hear me complain. California cows live by the same rule that the boys in Silicon Valley are always citing: adapt, or die. So you can whine about all the change in the state until the cows come home, but that doesn’t mean we’ll listen.