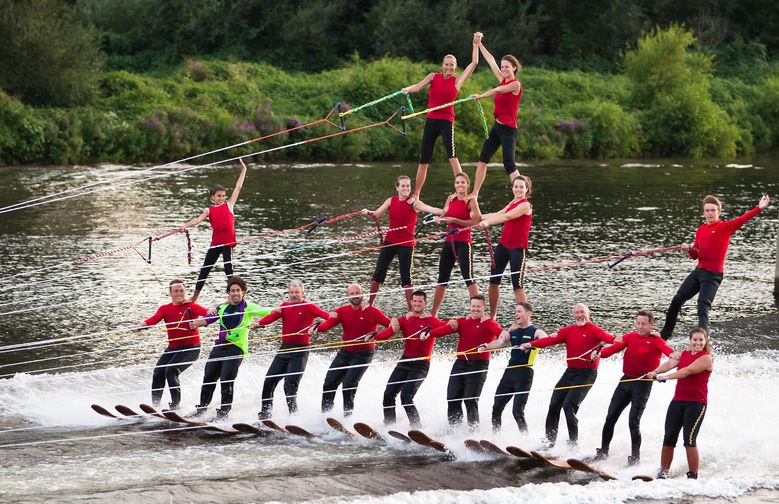 I’ve been in the collaboration business for a dozen years now. Most people (including my parents) have no idea what that actually means. Fortunately, they assume that if I’ve been doing it for this long, it must be legitimate.

One reason my profession is so hard for people to grasp is that the word “collaboration” is a prized piece in the buzzword bingo pile. People use it to mean so many different things that it’s been rendered meaningless. In the early days of my work, I was astute enough to recognize that this was a problem, so I embarked on a little project to figure out what people actually thought it meant.

Since first exploring this question, I’ve had the opportunity to work with hundreds of groups of all shapes and sizes, and one thing I’ve learned is that, in the most effective groups, everybody is most certainly not equal. If I were stranded on an island with a pilot, and we came across a plane, I would gladly defer to the pilot as to how to fly it off the island. I don’t have equal knowledge, and treating me as if I did wouldn’t help either of us. But that doesn’t mean I couldn’t contribute in useful ways.

Everybody has unique, important strengths. Great work comes from bringing those strengths to the surface and playing to them. A world where everybody is the same would be drab, mediocre, and joyless. Furthermore, if you try to design for a system where people are equal when they’re not, your design will most likely fail.

How could this be the case? It helps to understand what happens when we experience great collaboration—when everybody in a group is contributing his or her best self, and something greater than the sum of the individuals emerges as a result. When a group exhibits those characteristics, we say that it has “chemistry.” The end result is not just an amalgam of the individuals, but a new thing entirely.

In Powers of Two, Joshua Wolf Shenk writes: “The closer two people are, the more they will shed singular pronouns in favor of the plural. It’s not a conscious choice … . It’s simply the way couples begin to think.” Shenk cites psychologist Daniel Wegner’s notion of “transactive memory,” where people cue each other toward a collective memory that no one can recall individually. In a powerful partnership, individuals often can’t remember who contributed what, because their brains have physically recorded “we,” not “you” or “me.”

If partners themselves have trouble distinguishing between “you” and “me,” then why do outsiders think it’s so important to do? It’s because we’re lazy. Shenk points out that people generally attribute co-authored papers to the more famous author, regardless of how much that author actually contributed to the work. (I felt overwashed with guilt when I read this, because I do this all the time.)

In 2011, a group of researchers published a study of a tool out of MIT called Scratch that enabled kids to remix games and animations into their own interactive stories. Many of the people who used the tool were unhappy about not being acknowledged when others remixed their content. Because the tool knew what content was coming from where, Scratch’s creators decided to save people time and manners by having the tool automatically send an acknowledgement to the remixed contents’ originators. The researchers found that this automatic acknowledgement did not appease people’s discontent. It didn’t matter that the tool itself acknowledged people. People wanted conscious acknowledgement from living, breathing human beings.

Groups often approach me with questions about governance. They want to figure out ways to divvy up decision-making (and sometimes compensation) fairly. They often want to start with some philosophical premise (for instance, everyone is equal). I generally advise them to hold off on making structural decisions and figuring out who is contributing what, and instead to focus on general acknowledgement.

The simplest form of this is a ritual of appreciation. It’s something I’ve helped many groups adopt, but my biggest “aha” moment about it came when we realized we weren’t doing this ourselves at my old company. Even thought we thought we already had an appreciative culture, our colleague forced us to spend 30 minutes at a quarterly strategy meeting describing everything we appreciated about one another. We ended up taking an hour. It was enlightening and humbling, like a giant weight being lifted off of our collective shoulders. We ended up making it a regular ritual at all of our strategy meetings.

We all appreciated each other, and we had assumed that everybody already knew this, so we almost never expressed it. We were wrong. That regular act of acknowledgement had a huge impact: It increased overall happiness, and it also raised trust. The funny thing about trust is that, when you have it, issues like governance and who deserves how much credit seem magically to disappear.

We overthink collaboration to our detriment. Empowering every individual and recognizing his or her contributions does not have to mean that everyone is equal, nor that we need to quantify everyone’s relative contributions. Powerful groups develop their own unique identities that, in some ways, subsume their individual participants. In order not to feel lost in those groups, we don’t need to be recognized for our exact contributions. We just need to be recognized—plainly, simply, and authentically.