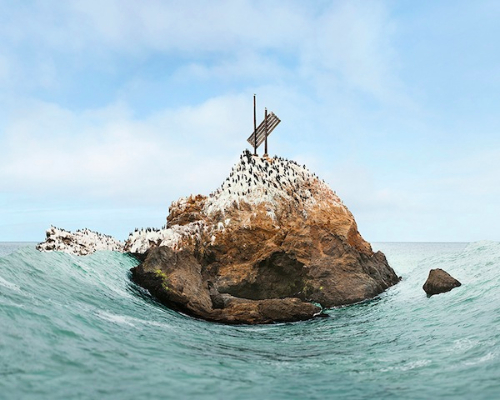 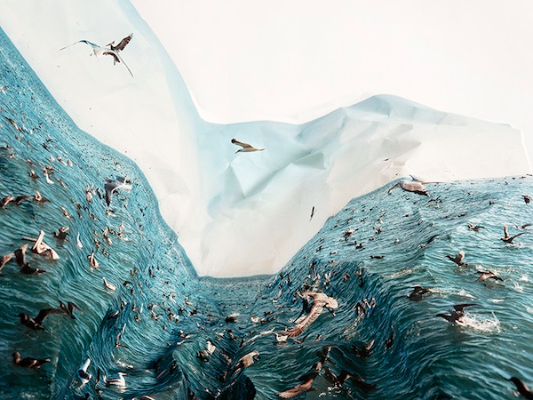 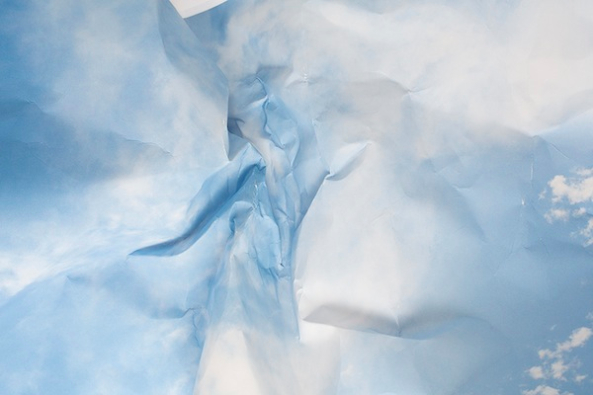 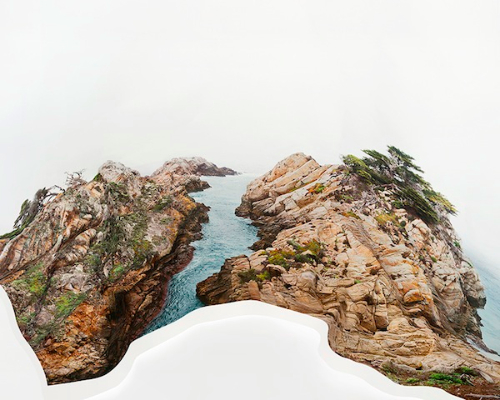 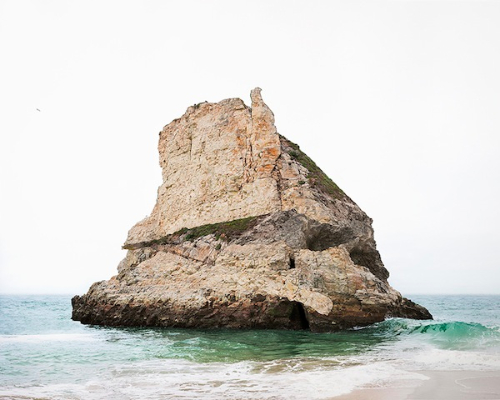 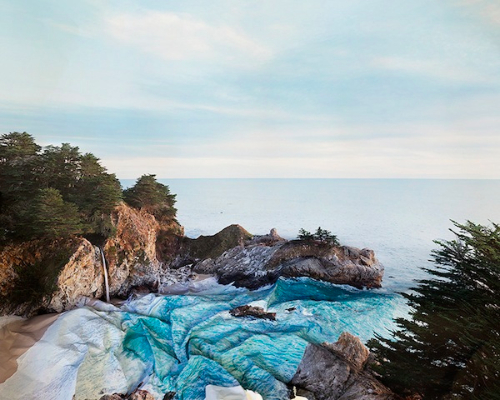 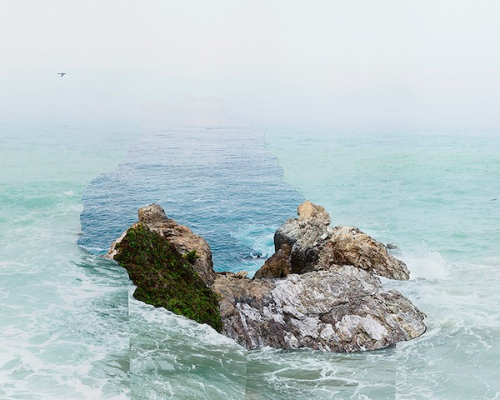 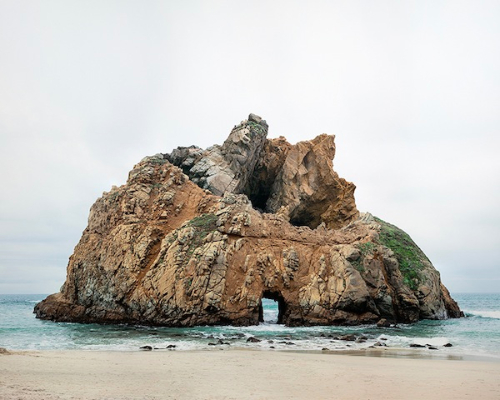 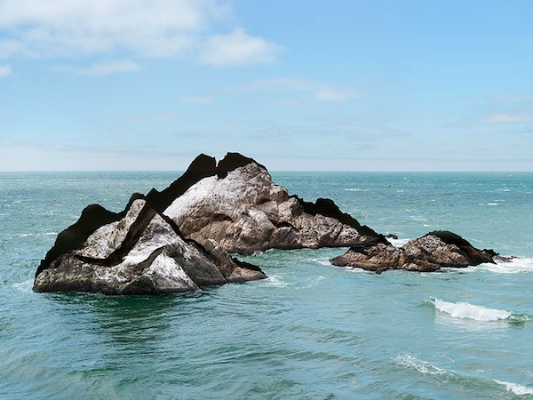 A craggy rock emerges in sharp relief out of the ocean. Swarms of birds descend into crashing waves. A blue sky of clouds resembles a crumpled piece of paper, discarded then retrieved. These are some of the striking images in “Response,” an exhibition of photographs by Laura Plageman at the DeSoto Gallery in Venice.

Most of the photos were taken at overlooks on the California coast—popular spots to pull over in the car to snap a photo. Plageman’s take on these views, however, isn’t the sort you could capture on an iPhone and post to Instagram.

She describes her process as “hands-on and sculptural.” She prints a first-generation photo—“a pretty straightforward landscape”—and lays the large print (often 40 inches by 50 inches) out on the floor or tapes it to the wall. Then she crumples and “wrestles with paper, ripping things up and using pieces,” she said. She moves around the photo-sculpture, looking through her camera until she finds an image that “feels more alive and has more energy.” Then she re-photographs the print—which is why she calls the final piece of art her “response.”

She returns to certain coastal spots often to capture them in different lights and weather. One such spot is Mussel Rock in Daly City, which is south of San Francisco and about an hour’s drive from her Oakland home. “It has a lot of layers … a lot of history. Right next to it, there’s a tunnel created in the 1800s—a failed attempt at taming that spot,” said Plageman.

That is exactly what she likes about Mussel Rock. On her website, Plageman writes of her interest in “making pictures that examine the natural world as a scene of mystery, beauty, and constant change—transformed both by human presence and by its own design.”

“Response” is on view at the DeSoto Gallery until November 9.