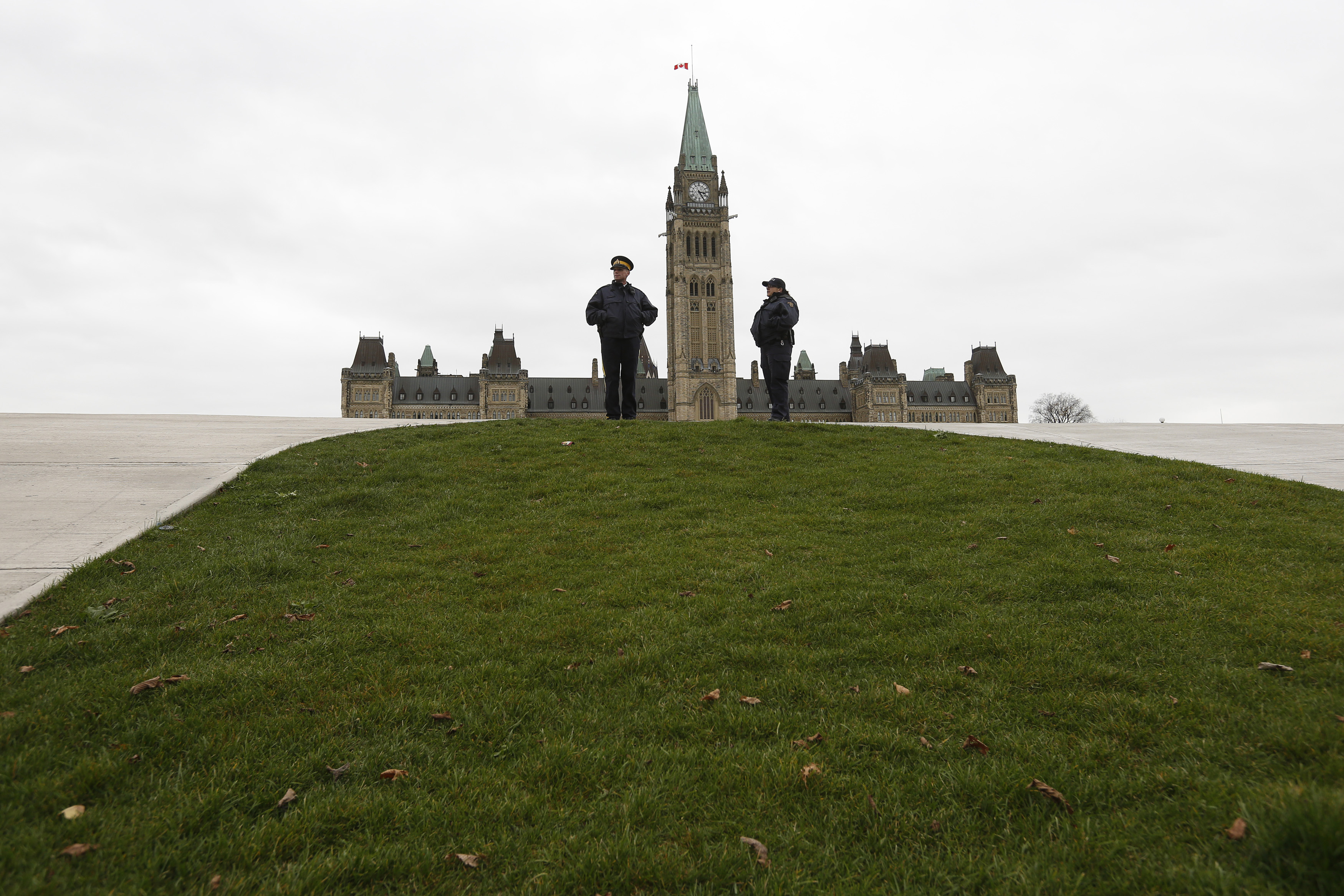 Two weeks ago, I was sitting in a Starbucks not far from work texting my boss back and fourth about the upcoming Christmas season. I work as the Music Director in a church, so those conversations become intense in early fall.

I had Twitter open and noticed something about a shooting and our War Memorial. At first glance, I didn’t think much of it. Lately, in North America, shootings have so often happened that I have become sadly somewhat desensitized to it. But then more tweets came, and it went from a shooting at the War Memorial, to a gunman heading toward the Parliament buildings. Then a pause, and nothing for a few minutes.

I love Ottawa, and it was jarring to imagine what might be happening. I grew up in the West, in Alberta, but moved here three years ago to work for the church. I’ve found that Ottawa is the perfect place for young children–our son is 6 and our daughter is 3. It’s big, with a million people, great schools and a real city’s cultural offerings. But it feels warm (in terms of people, not in winter temperature) and cozy and open, with the beautiful rivers framing the summer and the longest outdoor skating rink in North America in the winter. The government buildings, in our beautiful downtown, project accessibility; it is easy to maneuver among them, and they feel like part of the city.

I had been in Ottawa on September 11, when fear of terrorist attack brought the whole city, our nation’s capital, into lockdown mode. It was the same fear and lockdown that gripped Ottawa again this past Wednesday, with streets closed and no one downtown permitted to move around. I worried. Just a few days prior, in a town just south of Montreal, two soldiers were run over by a radical who had converted to Islam and unfortunately decided to work alongside of the Islamic State. Out of those two soldiers, one died. So with Montreal on my mind, I asked myself if what was taking place on Parliament Hill was going to turn into a full-blown attack on our city.

The Starbucks was far enough away from the government buildings–about 15 minutes– that I could avoid the lockdown. But by midday, it felt like every conversation I had was fear-based, and people speculated about whether this was the start of something bigger and scarier. People on the streets wore looks of disbelief. Then reports of multiple gunmen started to swirl around.

I started to worry about people I know who work directly in those places downtown. I started to think about their families and wondering if they even knew what was happening. I started wondering if I should contact them to make sure they knew what was happening, or try and text those friends who I knew were working downtown that morning. But I didn’t want to add to the confusion and stress of what was slowly overtaking our city.

I couldn’t help but feel so angry and upset that someone had tried to interrupt my peaceful life. Canada isn’t that big, so it wouldn’t take something catastrophic to affect our culture.

I couldn’t help but feel so angry and upset that someone had tried to interrupt my peaceful life. It’s selfish, but it was one of the first reactions I had. Canada isn’t that big, so it wouldn’t take something catastrophic to affect our culture. Social media amplified the anxiety and the questions. Once reputable and accurate news started to come in, mainly via CBC, there was some relief: there was only one gunman. But questions remained–and still remain–about the gunman’s intentions.

And the downtown core would remain on lockdown for most of the day some people were forced to stay in their buildings and offices for 10 hours. I have a good friend who works as an unarmed security guard on Parliament Hill (not one of the well-armed Royal Canadian Mounted Police, who also work there). He didn’t carry a gun – which will now change – and he’s wary of going back to work. The first person that gunman encountered inside the doors of Parliament was also an unarmed security guard, who tried to grab the weapon but was shot in the foot.

After the shock of that day, my passion for my church work, triggered by the Holy Spirit, took over. Ours is a church of 1,500 people, many of whom work downtown, and I knew what would happen these last few days: conversations with our members, with pastors throughout the city, and with anyone who needed a sounding board. People need to talk and vent, and some of that is dark stuff, but that’s OK. From the heart, the mouth speaks. In the midst of all the craziest emotions and tragedies, I believe Jesus is stronger than fear.

In the aftermath, I also feel great pride in my country, its freedoms (including the freedom to choose my own faith), and how we believe in peace and tolerance and friendliness. We stand up to bullies; my grandfather fought in the Second World War. There is violence everywhere, and humans are all capable of evil. But I don’t believe this will change Ottawa, or Canada: The incident feels more like a bruise than something more permanent. Even though the prime minister may have called for expanded powers for our national intelligence service, I think it’s in our nature to remain open as we face our challenges and confront the handful of people who try to shatter the peace we’ve worked so hard to establish.