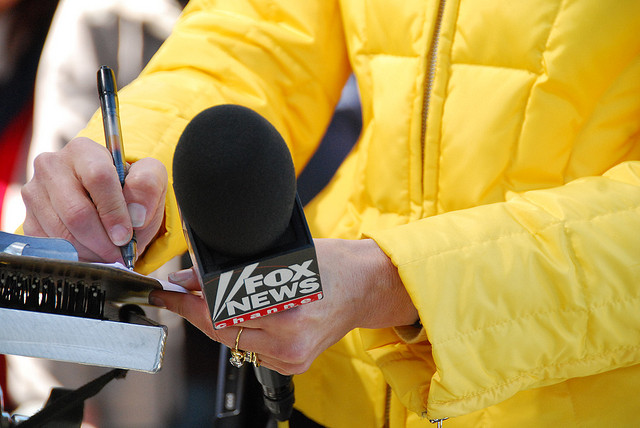 Lamenting the decline of journalism is a familiar trope of our media culture. Since a great wave of tabloid TV shows emerged in the late-1980s and cable news gained influence in the 2000s, there has been no shortage of complaints. As anchor Ted Koppel said in 2011, newscasts “no longer give you what you need to know but what you want to know—and that can be mindless trash.”

The critique that journalism has been corrupted by commercial entertainment is remarkably old. It goes at least as far back as the 1830s when mass-circulation papers first appeared. These “penny papers” were accused of lowering journalistic standards for including human-interest stories and, ironically, for conducting interviews. The tabloid papers of the late-1800s were tagged with the pejorative “yellow journalism” because they included comics and their front pages featured larger headlines and photographs. The “yellow” papers were condemned for promoting style over substance, entertainment over education, and emotion over reason. Sound familiar?

As a media scholar who studies the history of U.S. journalism, I’ve long been fascinated by this recycling of journalism debates. Why do we see the same century-old rationales being used to distinguish “good” journalism from “bad”?

The answer to this question lies in the class tensions that have surrounded the commercial news industry in America since its inception. The American news market has long been divided into two sectors—one “serious,” one tabloid—that serve as a proxy for deeper social antagonisms. These divergent news markets and antagonisms have, at times, been aligned with different political camps.

Why do we see the same century-old rationales being used to distinguish “good” journalism from “bad”? The answer to this question lies in the class tensions that have surrounded the commercial news industry in America since its inception.

In the “golden era” of broadcast journalism during the 1950s and 1960s, three major networks (ABC, NBC, CBS) controlled American television, and their news programs enjoyed a nearly universal audience that crossed social lines. Network anchors formulated a middlebrow journalistic voice that seemed to transcend the high and low taste divisions that fractured the 19th-century news landscape. But before we praise this era for reaching a great class compromise, let’s clarify the definition of middlebrow culture. It is not, as historian Joan Rubin points out, a happy medium between working and upper class taste; rather it is a cultural style that seeks to spread and democratize elite culture.

Newscasters of this era saw themselves as information experts who served the public by translating the “official” knowledge of intellectuals and government authorities into a popular language the lay viewing audience could understand. Pop culture, visual stylization and the display of emotion—things that could engage a popular audience as opposed to merely inform them—were seen as impediments to factual reporting. Thus, newscasts were visually austere, matching the dispassionate anchoring style epitomized by Walter Cronkite. Of course, this middlebrow culture created a vacuum for tabloid journalism in the U.S. news market and it was only a matter of time before someone filled it.

Enter Rupert Murdoch. The Australian-born mogul and owner of News Corp first began his conquest of global media in Britain. In the late-1960s, he repurposed two London papers—News of the World and the Sun—into popular and profitable tabloids. Murdoch’s papers were criticized for their pun-heavy, sensational headlines (“headless body in topless bar”) and their racy, “tit-and-bum” editorial approach. Believing the same down-market strategy could work in the U.S., Murdoch purchased a handful of American newspapers in the 1970s and transformed them into British-style tabloids—most notably, the New York Post.

In the ’70s and ’80s, Murdoch’s print ventures in the U.S. were either losing money or yielding mediocre profits. Interestingly, he attributed this to Americans’ lack of class-consciousness. In Australia and the UK, news consumers embraced the tastes of their own class, he told one biographer. In contrast, Americans are driven by what he called a “self-improvement ethic” that leads them to have aspirational tastes. So Murdoch adopted his tabloid strategy to the medium that dominated suburban American: television.

In 1986, Murdoch launched Fox Broadcasting Company, the first network to break the longstanding dominance of the Big Three. Fox succeeded where previous attempts at launching a fourth network failed in part because of its brilliant counter-programming strategy. Fox positioned itself against the middlebrow sensibilities of network programs like The Cosby Show with brash, edgy shows like Married with Children and Cops. Fox was the anti-genteel. A Current Affair was Murdoch’s first successful television news program in America. Like Fox’s sitcoms and reality shows, A Current Affair was self-consciously lowbrow and proudly anti-elitist. Even more established and serious programs like 48 Hours and Nightline parroted its innovative use of graphics and sound effects. Foreshadowing today’s cable news, A Current Affair anchors like Maury Povich spoke in personal terms, displayed emotion, and openly took the audience’s side.

It would take another decade—until 1996, when he founded Fox News—for Murdoch to create a truly British-style tabloid on American television. The conventional narrative of Fox News is that Murdoch and CEO Roger Ailes recognized an untapped market for conservative news viewers. However, like the front pages of the “penny” and “yellow” papers of the 19th century, the success of Fox was also deeply tied to the network’s innovative presentation—colorful sets, swooshing graphics, ticker feed, and music played between segments. The network also skillfully positioned itself as the champion of “the folks” and the nemesis of elite journalists. Each time prominent journalists excluded Fox from the circle of quality news organizations, these critics unwittingly helped forge an association Murdoch and Alies found immensely desirable—the association between working-class tastes and conservative politics.

The contest to define “real” journalism persists because it is about more than journalism. And it will go on as long as there are pronounced differences of class—and related differences of taste—among the news audience. In the meantime, we should remain aware of the class connotations of how we denounce “bad” journalism. Media criticism, like media, can divide us by fortifying current class-party alignments, thus marking conservative news as populist and liberal news as elitist.