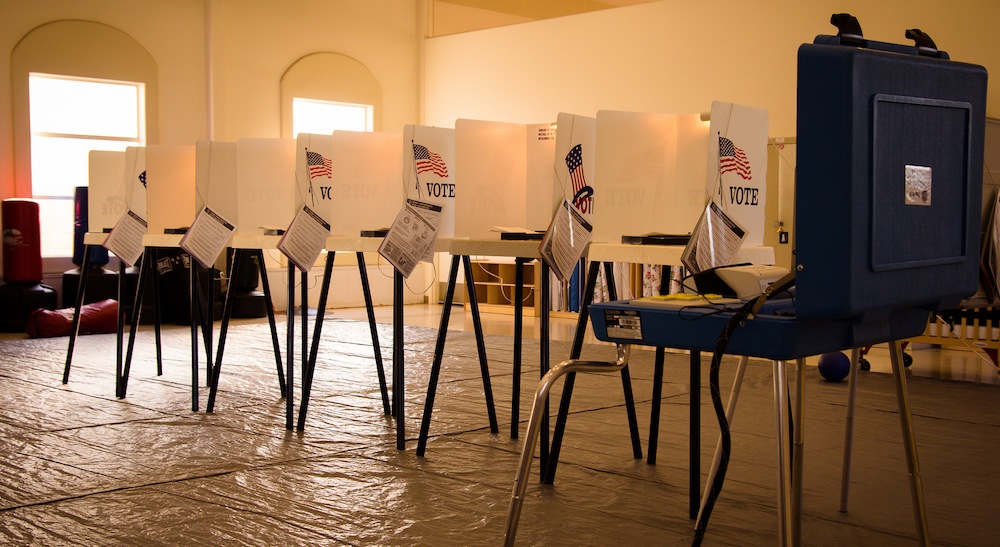 I was standing outside a metal warehouse building that was part of the Volusia County, Florida elections department on November 16, 2004, worried that I might leave empty-handed.

I had come to inspect official voting machine records from the general election that had taken place 14 days before, following up on a request I’d made under Florida’s Sunshine Law governing public access to government records. At the main elections office downtown, 10 miles away from here, they had only provided me with minty-fresh printouts. That’s not what I’d asked for—I had requested copies from election night, signed by witnesses.

The election supervisor mentioned that the original reports were at a warehouse, so I drove down there to see for myself. When I entered the warehouse, I was quickly ushered out. Then, at the top of a set of outdoor stairs, I spotted a black trash bag.

Spilling out of the top of the bag were cash register-like tapes that resembled other official voting machine printouts I had seen. I took one out and was shocked to see that it contained voting machine results dated from November 2, signed by nine poll workers. The trash bag contained some of the very documents I had requested.

A film crew that was following the efforts of our group to count votes captured the whole scene. Their footage appears about halfway through the documentary Hacking Democracy, which aired on HBO in 2006.

I didn’t go to the elections warehouse in Volusia because I had a particular opinion as to which candidates should have won that election or a particular ideological bent. I had faxed out requests to 3,000 counties across the country before I knew the results of any election because I’d learned that an ordinary American citizen, like myself, had the right to ask for these records to verify reported election totals. This seemed to me a constructive way to contribute to the strength of our democracy: engaging in public oversight of the voting process.

I’ve made about 100 on-site inspections across the country, and they are usually a lot more pedestrian than what I encountered in Volusia.  Some elections officials have invited me in. I know I am an annoyance to others. But I think it’s important for democracy to be transparent.

Back in 2000, I was working as a writer for corporate clients. With only a vague recollection of my civics education from school days, I was—probably like most of us—caught by surprise when the presidential election came down to contested ballots in Florida that resulted in a fight all the way up to the Supreme Court. That election raised unnerving questions about the precision of our nation’s patchwork electoral systems, from how we verify voters’ identity to how we then cast and tally our votes. The realization that the mechanics behind elections weren’t entirely foolproof galvanized me into action.

I was excited to learn that a group of reporters were planning to use freedom of information rights to examine Florida ballots for themselves. I was intrigued by the notion of citizens auditing democracy’s foundational rite. To understand how elections should typically be conducted and how much openness we should expect, I read up on international conventions and codes of conducts, as well as the Help America Vote Act, which would flood the country with new technologies in response to the spectacle of hanging chads in Florida.

From my work writing about financial systems, I’d learned that mathematical anomalies, like 16,000 votes subtracted from Volusia County totals at 2:09 a.m. local time on election night 2000 (which were not corrected until about 40 minutes later), reveal weaknesses in the system, and may be signs of wider problems. So I looked into how modern vote-counting technologies worked, and found an obscure Internet site used to swap voting files between technicians. I downloaded a copy of the system used in Volusia County in 2000, and to my surprise, even I was able to create false results. This was too easy.

I started a website called blackboxvoting.org to publish what I had learned and founded the nonprofit Black Box Voting in 2004. Funded entirely by citizen donations, we research election transparency, visit election offices, and educate the public about our rights. In reviewing thousands of records in 20 states, I’ve learned that sometimes the public can authenticate the accuracy of reported results. But only sometimes.

Getting information on vote counts has occasionally required litigation. In Palm Beach County in 2004, Black Box Voting had to sue to get election records. In 2004, we used simple math to figure out that Prairie County, Arkansas, reported more votes than voters. I visited the Arkansas state elections director to show her our results and inquire how this could happen. She called Prairie County, and received a faxed response: “I must have sent the wrong numbers.” When the corrected numbers were sent, there was no need to reverse any outcomes, but I’d like to think that Prairie County will try to send in the right numbers next time.

We aim to be objective and nonpartisan—relying on videotape, official records, and basic arithmetic. People sometimes ask me whether some of these discrepancies are the result of conspiracies. What I can say is that I have seen vote count anomalies affect Democratic, Republican, and Independent candidates, and also a variety of ballot questions. If you can’t observe the actual counting process and have to rely on a results printout, it’s hard to know whether errors occur because of incompetence or manipulation. Overall, the U.S. has work to do on government transparency: Our country isn’t even in the top 10 of the “cleanest” governments ranked in the 2013 Transparency International Corruption Perception Index.

It may be up to us citizens to keep watch over elections, and we should train an especially vigilant eye on locations that have had problems in the past. Which takes us back to Volusia.

Our visit in 2004 provided an opportunity for a shared civics lesson. Warehouse officials called the sheriff on us, perhaps to get us out of their hair (or at least out of their trash bag). When the sheriff arrived, I informed him that election records for federal contests are required by federal law to be retained for 22 months, and Florida law prohibits destruction of documents during an active public request. We convinced him that the voting machine records did not belong in the trash, but he was perplexed about what to do.

In his presence, we all adjourned to the official elections office downtown, where other citizen election monitors and I compared items found in the trash with the new results tapes made on November 15. Some matched, but others didn’t: The results tape for precinct 215 differed by 459 votes. We were still missing some of the original tapes signed by poll workers and, as the documentary crew continued to film, a Volusia County resident named Susan Pynchon found them in a trash bin behind the building.

We had hoped that there might be a hearing about these actions. Susan even tried to file a lawsuit, but a judge decided she missed a deadline.

Still, the need to watch Volusia County was noted. Volusia County’s voting system is widely used in America, and our experience led us to write a report on its vulnerabilities, which the U.S. General Accounting Office referred to in a 2005 report about voting machines.

Susan launched a local citizens’ group called the Florida Fair Elections Coalition to continue the work we started together. One victory: No more Volusia County election records have been found in the trash. But an even bigger victory in my book: motivating other citizens, like Susan and locals in California, New Hampshire, Ohio, and elsewhere, to participate in the processes that uphold our democracy.