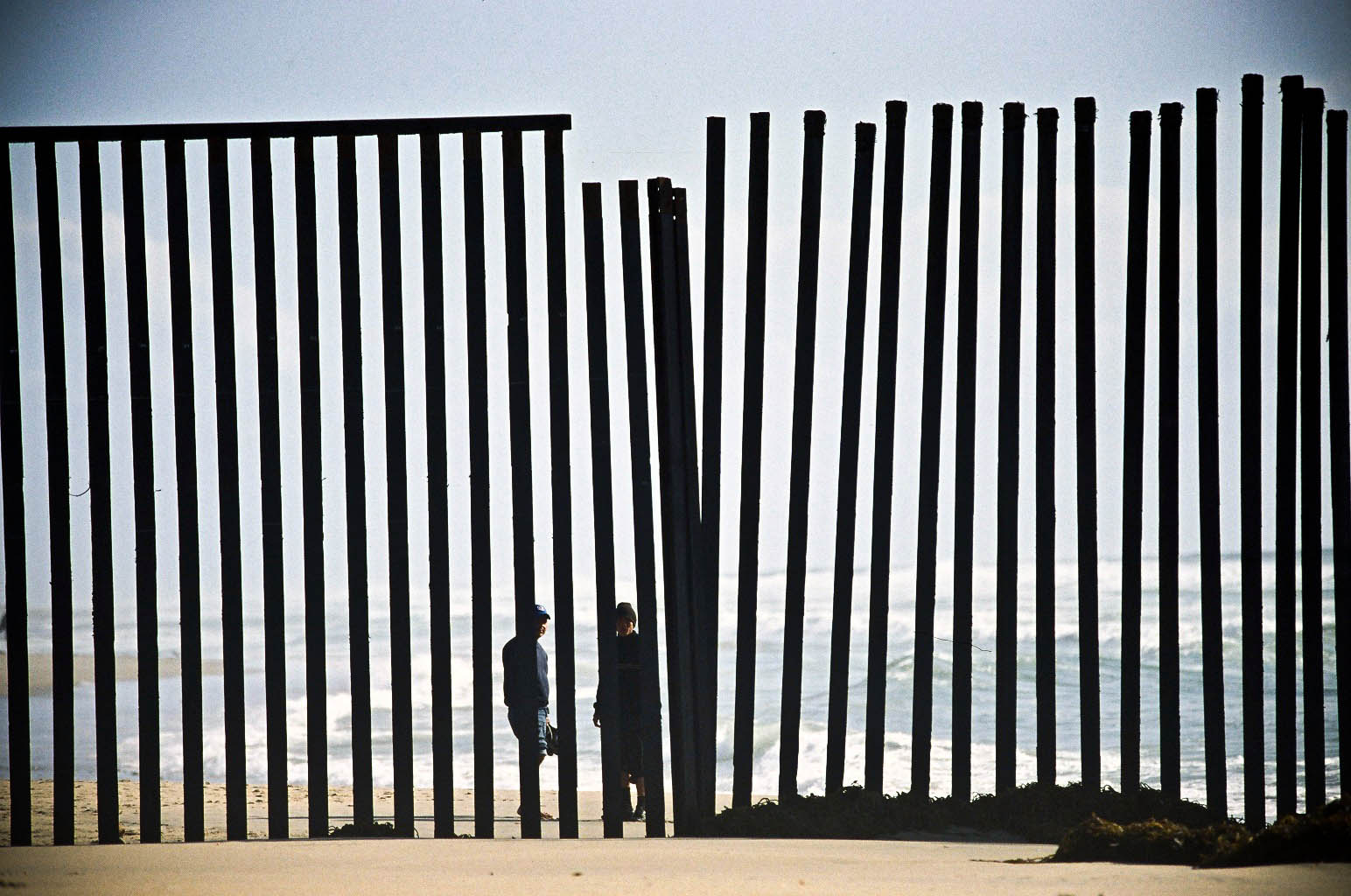 The end of the Cold War and the fall of the Berlin Wall in 1989—25 years ago this week—led to the long-awaited development of a “global village” characterized by the free movement of goods, people, and information. But the last few decades have also seen global fragmentation, the symbol of which has been the silent multiplication of dividing walls throughout the world.

The erection of walls is certainly not a new phenomenon. For the most part, the oldest walls were defensive in nature, built with a military perspective. Alexander the Great built a wall in the Far East between the Caucasus and the Caspian Sea in the 4th century B.C. Construction of the Great Wall of China began in the 3rd century B.C., and of Hadrian’s Wall in Northern England in 122 A.D. During World War II, Nazi Germany built the Atlantic Wall along the western coast of Europe and Scandinavia. The Green Line in Cyprus, the Berm in Western Sahara, the Demilitarized Zone between North and South Korea, and the electrified fence separating the Indian- from the Pakistani-controlled parts of Kashmir are examples of walls built in the second half of the 20th century.

In a fast-moving world where traditional values and milestones are questioned, walls can seem to provide an easy and concrete answer.

The novelty of today’s walls is that they are built on recognized borders in response to the new challenges and fears related to globalization—and issues like terrorism, poverty, organized crime, and migration movements. Walls give the impression that a nation can recover control over its territory. In a fast-moving world where traditional values and milestones are questioned, walls can seem to provide an easy and concrete answer. Indeed, walls offer a reassuring response to complex issues. They become the dividing line between “them” and “us,” between the good and the evil, the rich and the poor, the risky and the safe worlds.

The temptation to build a barrier has become a reality on the borders of countries such as the United States/Mexico, India/Bangladesh, Botswana/Zimbabwe, Saudi Arabia/Iraq/Yemen, and the Spanish enclaves of Ceuta and Melilla in Northern Morocco. 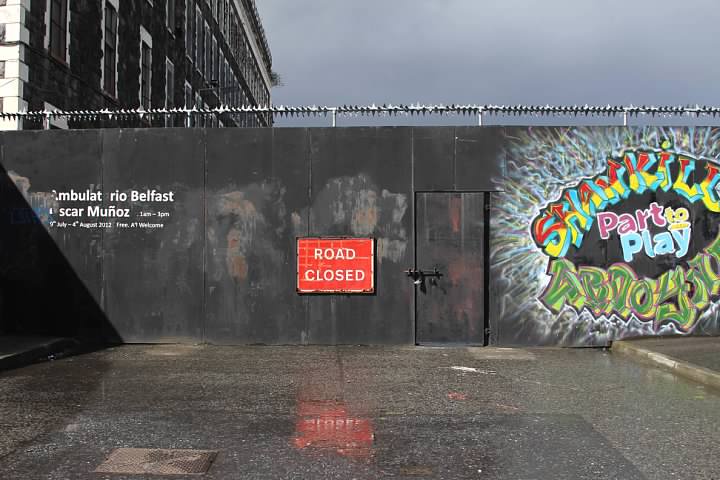 But what do walls really accomplish? In the short run, walls can sometimes serve their function—keeping things and people either out or in—and give the impression that government is “doing something.” In Western Sahara, the Berm divides the region’s Moroccan-controlled areas from those controlled by the Sahrawi Arab Democratic Republic led by the Polisario Front, a national liberation movement that has settled in the Algerian town of Tindouf. The wall has forced the Polisario Front to put on hold its hit-and-run actions against urban centers under Moroccan rule. The reinforcement of the barriers in the Spanish enclaves of Ceuta and Melilla temporarily stopped illegal sub-Saharan immigration. In the case of frozen conflicts, like in Northern Ireland or Cyprus, walls can also be seen as a way to ease the tensions by keeping communities apart and allow the peace process to develop. As Robert Frost said: “Good fences make good neighbors.” Walls allowed the communities in Northern Ireland and on both sides of the Green Line in Cyprus to live a “normal life” again—to the point that now nobody wishes to see those walls demolished.

But in the long run, walls do not address the origin of tension or conflict. They are a black and white answer to very complex situations. Walls tend to create the illusion of a safe solution for the powerful people on the “good side.” Meanwhile, people living on the “wrong side” of the wall are often focused on inventing and planning (dangerous) ways of getting around it, through tunnels or the desert, or across the seas. By alienating people who are on the “wrong side,” walls contribute to the frustration and anger and can thus further increase tension and deepen misunderstanding. 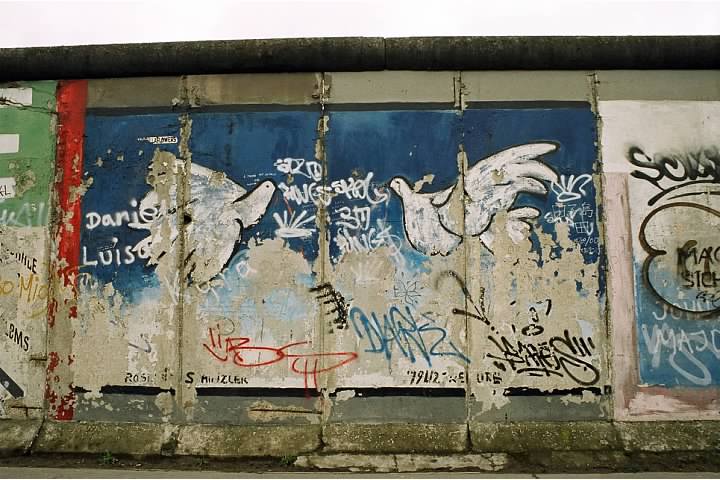 A wall creates a generation of “those who are without”: papers, status, or rights—people who are trapped on the other side. The weak often end up becoming stronger because, being on the abandoned side, they have much less to lose. In Berlin as elsewhere, concrete walls cannot kill the desire for freedom. 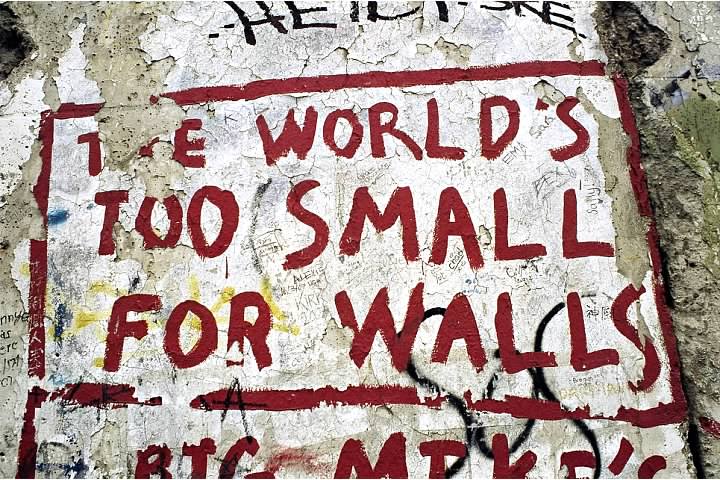 A wall can only maintain the status quo for a few years or decades. Like empires, all walls are doomed to fail and become obsolete sooner or later. Ultimately, in the long term, the movement of people is always more powerful than the construction of walls. This is as true today as it was in the past. A wall ends its life as a tourist attraction, like the Great Wall of China, Hadrian’s Wall, or the Berlin Wall. But knowing that walls are destined to fall one day is small consolation to those whose everyday life is constrained by them.