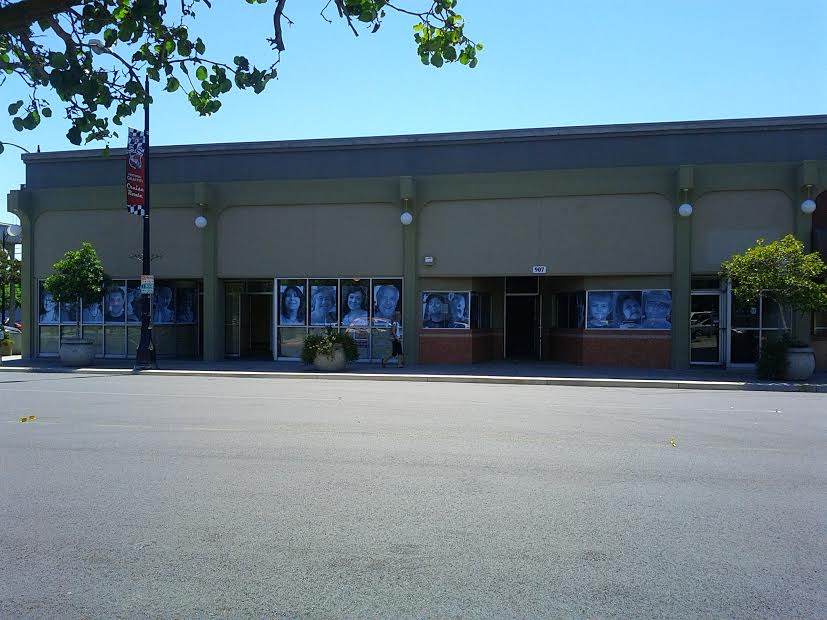 The reception for the Modesto Art Museum’s 2014 architecture movie night was well underway and about 200 people were mingling in the lobby of Modesto’s art deco State Theatre. Everyone was sampling Mediterranean foods, sipping wine, and chatting away as if these were the only reasons why they came to the event. That was actually the point.

An art museum is about more than just the art—it’s also about building relationships. As executive director of the Modesto Art Museum, I wanted to use this movie screening to build relationships among people interested in architecture and to improve the quality of life in our city.

I’m not an artist, but I remember going to art museums by myself as a child in San Francisco. A city without an art museum is like a city without paved streets, an airport, running water, or schools. I believe a museum helps to make a city.

The Modesto Art Museum began as an exercise in imagination. In 2003, I hosted a mail art event to exhibit paintings, sculptures, collages, and drawings that I sent out through the post and received in return. The purpose was to celebrate the centennial of the American Surrealist Joseph Cornell’s birth. I listed the sponsors of the event as the fictitious “Joseph Cornell Centennial Committee” and the “Modesto Art Museum.” Over the four weeks of the exhibition, so many people expressed a desire for an art museum in Modesto that I decided to take on the arduous task of getting a real museum started.

Our art museum is different from most others because we have chosen not to have a building; instead we bring art out into the community or raise people’s awareness of the art that is already around them.

Our art museum is different from most others because we have chosen not to have a building; instead we bring art out into the community or raise people’s awareness of the art that is already around them. I think of the museum as a performance piece involving the people of Modesto, artists, and their work in a kind of dance over time and space. We stage exhibitions, performances, talks, tours, and movies in every possible setting, including Modesto City Hall, the Great Valley Museum of Natural History, churches, the school district’s office, cafes, and online. We don’t have a formal membership program, but we consider anyone who is a resident of the city to be a member.

Our goal is to infect the whole city with art and to foster an artistic response or sensibility. We want Modesto residents to see the possibility for beauty, elegance, and meaning in their everyday surroundings and to understand how much the arts can contribute to their lives. We consciously blur the distinctions between visitor, curator, and artist. Our motto is “The City is Our Collection, The Neighborhoods are Our Galleries.” 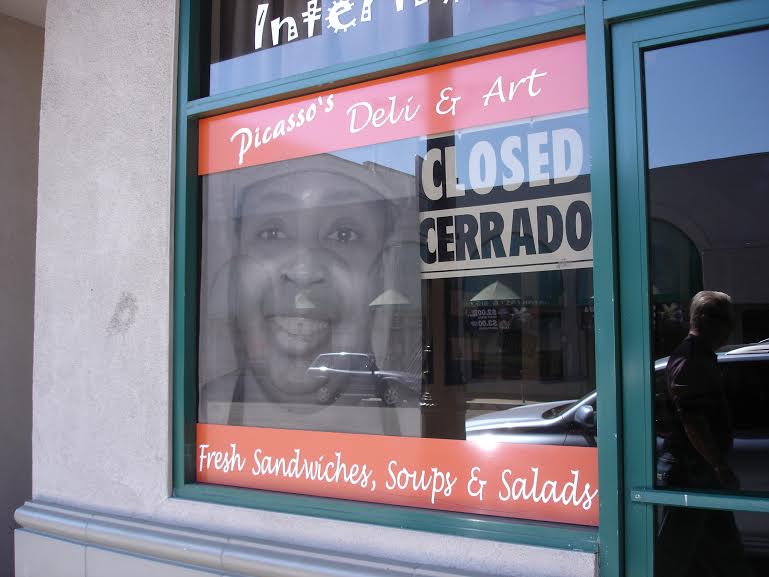 One popular in-the-street exhibition was 2011’s Meet Your Neighbor: 125 black-and-white, poster-sized portrait photographs by Jessica Gomula-Kruzic of people who live in, work in, or visit downtown Modesto. The posters were hung in the windows of shops, restaurants, cafes, galleries, and vacant buildings throughout downtown for six weeks. Tens of thousands of people saw this exhibit because it was in the heart of the city and available 24 hours a day.

In early 2014, the Modesto Design exhibit featured the patent drawings of more than 100 objects invented by Modesto residents. The exhibit included drawings of an automatic voting machine designed in 1894 and an automobile designed in 1902. A common response to the exhibit: “I never knew Modesto had such a design heritage.”

We have designated two neighborhoods as official Modesto Art Museum galleries and created tours for them: the Graceada Park area for its bungalow, storybook, and other early 20th-century styles of architecture, and the Modesto Design District, a 12-square-block area filled with furniture and antique stores, galleries, theatres, and clothing stores. The Design District also has several mid-20th-century government, commercial, and apartment buildings in the Central Valley Modernism style, which is characterized by boxy steel-and-glass structures. These buildings had features to provide shade and cooling for our hot, dry summers, and light and shelter for our dark, wet winters. (The Heckendorf House north of downtown is probably the single most important example of this kind of architecture in Modesto.)

In 2007, the museum’s community-building role kicked into gear when Modesto was ranked the least livable of the nation’s 373 largest cities in Cities: Ranked and Rated. Instead of disputing the ranking, we asked: What can we do as an art museum to improve the quality of life for the people of Modesto? In 2008, we launched “Building a Better Modesto,” an ongoing program using art, architecture, landscape, and urban design to create a more livable and vibrant city. As part of the program, we drafted the city’s first public art policy and will soon install three artist-designed bike racks in the Design District.

In September, we co-hosted our seventh annual architecture festival with the American Institute of Architects’ Sierra Valley Chapter. It was a huge success. More than 5,000 people attended and more than a dozen public, private, and nonprofit organizations participated. We had more than 130 free events, including classes for local architects, landscapers, and design professionals. This year’s most popular event was an architecture workshop for families in which more than 600 kids and their parents built Lego houses, engineered pipe-cleaner projects, created paper tube chairs and structures, and filled in coloring books depicting Modesto area buildings.

This work is much more difficult than I expected. I assumed that I could just tell people we were interested in building community, and they would get on our side. I’ve encountered many people here who are afraid our work will cost them money and our efforts to designate special districts will create more government red tape that they don’t want.

So I’ve learned to invite people, organizations, and businesses into our process in whatever way makes sense to them and to emphasize they don’t have to pay for anything. We’ve created working relationships with the Modesto Downtown Improvement District, the Modesto Convention and Visitors Bureau, and many local businesses and organizations. We’ve learned to work with the city government’s long timelines and look for funding sources outside Modesto, such as Artplace America, a national project connecting the arts to community planning and development.

We’ve made progress. Recently, the city invited the museum to help in the redesign of 10th Street as part of a larger effort to attract people to the downtown through funding to support new businesses and restore historic buildings and changes in parking regulations and traffic flow. The Modesto Art Museum’s role is to help create an attractive city by designing “parklets” (green spaces that extend from the sidewalk into parking spaces) lighting, and benches, among other things. We are trying to improve the quality of life in Modesto one planter—and one movie night—at a time.