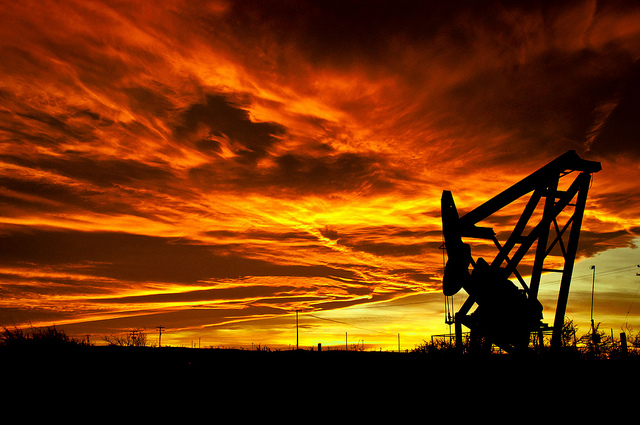 Sure, California has everything. But where would you find a murderous, Farsi-speaking, chador-wearing vampire riding her skateboard around an oil city with the slow swagger of Clint Eastwood?

If a place could win an Academy Award for acting, I’d nominate the county at the bottom of the Central Valley for an Oscar.

A young director named Ana Lily Amirpour—who grew up in Bakersfield, the child of Iranian immigrants—recently released a low-budget but critically acclaimed film of the kind that rarely plays in her hometown. It’s called A Girl Walks Home Alone at Night. In addition to being the first Persian-language vampire Western in movie history, Girl might prove to be the California movie of the year. Crucial to the film is how the small Kern oil town of Taft—30 miles southwest of Bakersfield—plays a presumably Iranian city named “Bad City” in the sort of indelible performance that might make Meryl Streep envious.

Kern County is the perfect setting for a Bad City because the place is so good at being bad.

Kern County is the perfect setting for a Bad City because the place is so good at being bad. Its agribusiness uses lots of water imported from other places. Its cultural heritage revolves around music that celebrates being bad (from Merle Haggard to the metal band Korn) or defiance of opinion (the chorus of “The Streets of Bakersfield” begins, “Hey you don’t know me but you don’t like me”).

And then there’s the blood sucked to live on gloriously, which is to say oil. In a carbon-hating state eager to turn itself into an ecological preserve, Kern remains an unapologetic center of oil and gas production—and that’s been good for the place. Bakersfield in particular feels like an island of prosperity in struggling inland California; its unemployment rate, at 6.5 percent, is less than the state average (and two points below unemployment in Los Angeles). Here in California, it can be good to be bad.

Of course, the worthies in California government, business, and civic circles will tell you that they’ll fix Bakersfield, and the whole state, with high-speed rail, technology, and alternative energy. But can you trust them when they are so bloodthirsty themselves?

The vampires in Silicon Valley are sucking all the personal data they can out of you, for their profit. Hollywood just bit its fangs into more than $1.5 billion in state tax credits, which means that the 9,000 residents of Taft are subsidizing TV and movie producers. In Sacramento, public employees are talking about fiscal responsibility while spiking their own pensions, the pro basketball team has gobbled public subsidies, and politicians spend their nights on the hungry hunt for campaign donors.

In today’s California, who among us is not a bloodsucker?

Certainly, the heroine of A Girl Walks Home Alone at Night is. This vampire walks the streets of Kern County—OK, Bad City—after dark wearing a chador and sensible shoes. She encounters players in the local drug and prostitution economy and follows them home, where she dispatches them with the bite-to-the-neck efficiency of Jerry Brown handling a Republican challenger. But alas, this girl meets a guy, a dreamy James Dean type with a druggie dad. They don’t talk much, but they fall in love over music—“Hello” by Lionel Richie being a touchstone among the Persian vampire set.

This may sound campy, and it is, but Kern County, as its bad self, grounds the film. The “T” on the hills above Taft is visible in the opening shots. And the town, like any movie star (Taft’s oil patch has shown up in other films, most notably Five Easy Pieces), plays a character without losing itself; lights and Farsi signage were added to some of Taft’s less leafy streetscapes. There is an appalling lack of policing in Bad City—the bodies the girl leaves behind fill a shallow ravine without any forensic response—presumably because of the diminished police force’s pension costs.

The director Amirpour, in discussing her film publicly, has talked up her filming in Kern County. But she’s also been coy about what the place is supposed to be. “Did you think it was supposed to be Iran?” she asked one interviewer who assumed as much. My own take: Bad City is both California and Iran. And the movie’s appeal and romance has to do with that dual sense of place.

Bad places offer us blanker slates, where it’s easier to build new things and write new stories. Coastal California, which once offered so much flexible and open land for developers to build and movie producers to film, is now so cramped that you need to go inland to find anything resembling a frontier. It’s worth noting that a big Bollywood production, in search of empty vistas for a highway love story, filmed in Tulare County earlier this year.

Near the end of A Girl Walks Home Alone at Night, the vampire confesses her badness to her love interest, and he’s OK with it. Then they drive off into the emptiness of the San Joaquin Valley, looking wary and happy. Maybe that’s because recently approved Proposition 47 reduces some of her felonies to misdemeanors. Or maybe it’s because regardless of whether you’re in a theocracy, like Iran, or a place with so much proscribed and regulatory goodness, like California, being bad can feel like freedom.