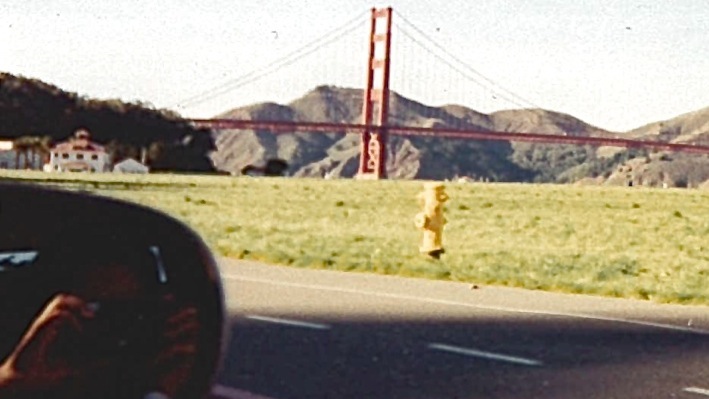 Up until my early 20s, I rode shotgun. With my high school and college sweetheart, I flipped through the soft sleeves of our shared CD binder in search of the right music. I double-checked our drive-through orders for extra ketchup; I pointed out the sights only I caught in time. With my friends, I was the one who tuned the radio through static and made sure everyone in the backseat had enough air.

I was born in the Philippines. My cousins, brothers, and I used to take turns steering our uncle’s motorcycle around the block in Ayala Alabang, where my grandparents lived, while he sat behind us and kept balance. Even now, I can still remember what it felt like to twist the throttle through the lengthening street.

In the summer of 1991, my father and two brothers immigrated to California, where my aunt had been living for five years and where we as a family had vacationed several times in 1989 and 1990. I followed in September, just two months shy of my ninth birthday, and my mother joined us in late October. My father, who at the time worked for President Cory Aquino, strongly believed that we, his children, might never learn the value of hard work if we stayed and inherited our family’s social and economic status in the Philippines. Our move happened seemingly overnight, and what I did not know was that we entered the country on tourist visas and let them expire. Many of the details of our move, to this day, are unclear to me, but I have surmised that the attorney my parents hired to file our paperwork upon our arrival took off with their money and several pages from our passports.

Of course, I knew very little of this as I grew up, and instead enjoyed the pleasures of American teenagehood. During my sophomore year of high school, when I was exactly 15 1/2, my friend Julianne and I signed up for a Saturday morning driver’s education course so that we could get our learner’s permits. I was so determined not to fail the real test that, by the second try, I memorized and answered correctly all 100 questions on the course’s practice test. Folding our signed learner’s permits so they could fit in our wallets, Julianne and I exchanged ideas about our dream cars—mine being the Karmann Ghia, the old VW sports car, and hers anything lipstick red with two doors—and destinations. We made a pact to drive together from California to New York after graduation so that she could pursue a modeling career and I could become a painter. We joked, too, about launching ourselves into the infinity of the Grand Canyon, à la Thelma and Louise, in our spinsterish old age.

I was thrilled by the prospect of taking long drives alone through Victoria Avenue, the historic, palm tree-lined road that runs, surrounded by orange groves, 7 1/2 miles through Riverside. Perhaps unlike my peers, I wanted the luxury of getting into a car not to drive west to the beach, but east on a road divided by a lush median of roses in the middle of the night to, as they do in the movies, clear my head.

Driving was such a part of life in California’s Inland Empire that I even helped my driving instructor run errands the first time I got behind the wheel of her gray four-door. She’d hurt the ankle of her driving foot and didn’t have the health insurance to get the injury checked, so I drove her from Corona to Moreno Valley to visit her nephew.

As planned, when Julianne turned 16, she got her driver’s license and access to her parents’ Jeep. When I asked to be taken to the DMV, my dad told me my immigration paperwork was still being processed, and I had to wait. (Of course, if I still lived in California today, the recent passage of AB-60, a state law that allows the undocumented to obtain driver’s licenses as of January 1, 2015, I would already be in line without any issue.)

I continued to take the bus to school and to wait. In February of my senior year, on the day I got my federal Student Aid Report in the mail, I learned that the delays had only just begun. On the last page of the report, I found the following comment: The Social Security Administration (SSA) did not confirm that you are a U.S. Citizen.

I walked, breathless, up the stairs of my family’s three-bedroom townhouse to where my father and brother were talking, with the letter in my hands. By this point, my family had survived a trans-Pacific crossing, a repossessed house, a bankruptcy, a divorce, and two additional interstate moves, and pulled ourselves up, as the saying goes, by our bootstraps. We were a working household, living a fairly comfortable life in a commercial neighborhood. It never registered that I, seemingly an average teenager and employed now for two years, was an undocumented immigrant with a manila folder of falsified documents.

I felt like my future watched me get smaller and smaller from the side-view mirror. Or that I had lost the race across the parking lot—and even then had only been running toward the passenger side door.

I graduated as high school valedictorian and had to turn down every single one of my college acceptances and accompanying scholarships because of my legal status, instead enrolling in classes at Riverside City College. By this time, my circle of friends was small, as the political climate was not, in 2001, like it is today. I waited alone and in secret for the first iteration of the DREAM Act to pass. I was in the habit, too, of turning down social invitations if no one could pick me up and take me home. To outsiders, I irrationally tried to avoid parties (and having to buy alcohol at 21)—any situation that might prompt a police visit.

The difficulty of getting places was the issue I confronted every day. At the start of every week, my boyfriend and I would have to coordinate our class and work schedules. On days we didn’t ride the 20 minutes to school together in his truck, I spent roughly two and a half hours walking to the bus stop and taking the Route 1 bus east. If I had a long break between classes, I would sometimes take the bus to his work and sleep in the cab of his Ford while he finished welding roll cages at a motorsports start-up.

When I was finally eligible to apply for a license at the age of 23, I was already living and attending graduate school in New York. When I flew back to California for the holidays and waited like everyone else to take my test, the whole affair was anticlimactic. I had already started driving the year before I moved east because it was so difficult to get around otherwise, and my family decided it was worth the risk of my driving with a license from the Philippines. (The idea was that I could say I was visiting if pulled over.) Living in New York, where I commuted by subway and sidewalk, I did not need a car. Besides, I had learned by now that a license was not going to keep me from figuring out how to experience the long-awaited open road, in the spirit of the poet Walt Whitman, on my own terms.

The fall semester of my second year of community college, I convinced my boyfriend to accompany me on a weeklong trip to San Francisco. I saved money by turning an empty 1-gallon jug of Frank’s RedHot sauce from my work at a local pizza place into a piggy bank and made all the plans. Though I had visited the city twice before, the romance was filtered through my father’s own college experience. I wanted, perhaps, proof of the landscape that shaped his dream of America. There, he had been a hippie. From San Francisco, he hitchhiked across America and returned with a story of how he had rebelled against his parents. It was, as the song goes, where he left his heart when he returned to the Philippines.

The soundtrack for my trip north was Tori Amos’ newly released album, Scarlet’s Walk, which follows a woman on a road trip across a forbidding America. It was an America most familiar to me. I pulled my hair back into a ponytail, rolled the windows down, fed the disc into the CD player, and propped my feet up on the dashboard. With my boyfriend again in the driver’s seat, we were like the two lovers in “A Sorta Fairytale” growing distant as they travel nearly 500 miles along the Pacific Coast Highway.