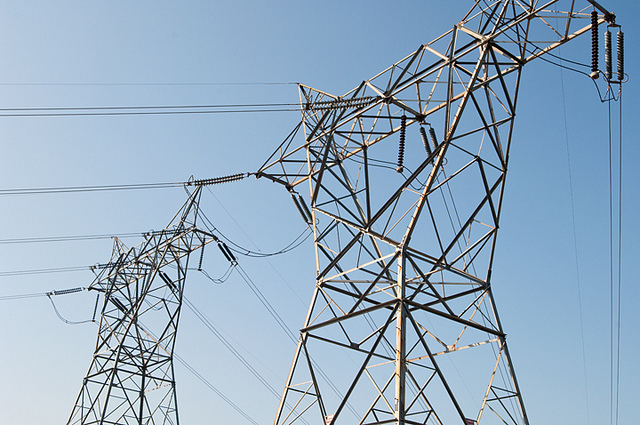 When the Supreme Court upheld the EPA’s right to regulate carbon and other emissions from power plants, it set off another round of complaint from the utility industry. Sure, this is going to cost them some money, but it’s really just another symptom of the U.S. electric industry in an existential crisis. Tightening environmental rules, aging plants and lines and wires, and changes in utility loads are creating the need for massive capital investments. Competitors and new technologies abound. First there were solar panels and smart meters and now there are home thermostats. This makes for an easy sound-bite: “Innovate or end up like Kodak.”

But here’s the rub: ending up like Kodak would be a great thing. The utility plant built by George Eastman to serve his Rochester, N.Y. manufacturing plant in the 1880s is still running today and more than twice as fuel efficient as the New York electric grid. If the whole electric industry ran at that level, we’d cut U.S. carbon dioxide emissions by 20 percent and give everyone a rate cut.

Since 2000, I’ve run energy companies as a manufacturer and as an independent energy producer. Our consistent theme has been to profitably reduce greenhouse gas emissions by chasing energy efficiency. So far, across over 100 different projects, that’s never required any technology that isn’t at least 30 years old. In 2013, we bought the aforementioned Kodak utility assets, in no small part because we recognized in George Eastman a kindred spirit: namely, a guy who hated the financial cost of wasted energy. So how come that 1880s-era plant is still so competitive relative to the “modern” alternative?

The electric industry creates a lot of greenhouse gases on the way to powering our lives, but never developed the skills nor incentives to reduce them.

The challenge in the U.S. isn’t a lack of technology or innovative CEOs—but rather a regulatory model that fails to reward innovation. We delude ourselves into thinking that utilities are ‘normal’ businesses subject to capitalist pressures. But regulated monopolies run on what is basically a socialist model: we ask them to provide a social good (reliable power) and in exchange we give them a fixed return on their capital. That’s a good and necessary model to electrify the country—as we were doing in the 1920s and ’30s—but it provides no incentive to drive costs down. Quite the contrary: operating costs pass directly through to customers, and reductions in capital stock must lead to reduction in shareholder dividends.

This makes the modern electric utility innately conservative. True innovation is a sure path to forced early retirement, while barriers to entry eliminate any meaningful competitive threat. That’s not to dismiss the talents of the U.S. electric industry. They are exceptionally good at building, financing and operating big power projects and associated transmission infrastructure. But those skills don’t readily translate into the ability to build small heating and cooling plants, nor deploy customer-sited efficiency. It’s an industry that creates a lot of greenhouse gases on the way to powering our lives, but never developed the skills nor incentives to reduce them.

Lots of utility CEOs understand and are scared by this reality. They will admit (privately) that their model is at odds with what we need to do going forward. The more innovative among them have tried to position themselves to benefit from that transition, even while they hold onto their legacy business. Duke, Constellation, and AEP (to name just a few) have created unregulated subsidiaries to deploy efficiency and/or trading desks to profit from inefficiencies innate in the regulatory model. But these forays into competitive markets are always outside of their regulated utility service territory. To the extent they have done anything in their own service territory it has been only in response to regulatory mandate or at scales that don’t jeopardize regulated returns.

That’s understandable given utility financial pressures, but there has been no significant innovation in utility regulation in nearly a century–and since all the barriers to the energy system of the future are imposed by current regulation, that’s where we have to focus. Unfortunately, that’s precisely the type of bold innovation that is impossible within the conservative culture of a regulated utility. Just look at how utilities outside California are fighting against solar.

Many other first-world countries (especially in northern Europe) have followed the “Kodak approach” and chased efficiency. Perhaps not surprisingly, these tend to be countries that were not blessed with buried natural resources and therefore don’t have political pressures to maximize rates of extraction. But from Japan to Denmark, there are good proven models that show how to run a competitive, first world economy with far less energy consumed per dollar of GDP than the current U.S. paradigm. The details vary from country-to-country, but the common theme is a push towards smaller generation, sited closer to users, integrated to use locally available renewables/opportunity fuels where possible, while “recycling” heat and steam to generate more electricity or heat water–and don’t expect investors to build those assets without a profit incentive.

Politics is of course the art of the possible, and the scale of reform required would be hard in any political climate—not least the current U.S. paralysis. But regulatory reform is desperately needed. Climate change is a truck coming down the highway and we’re driving in the wrong lane. The traffic is way worse in the other lane and it’s hard to see how we’re going to safely get across the median, but we’ve got to change lanes. As Hank Paulson recently said of the 2008 financial crisis and climate change, our most pressing need is to “act before problems get too big to manage.” That’s got to start with regulatory innovation that removes the current disincentives to efficient, cheap, clean, and reliable energy.