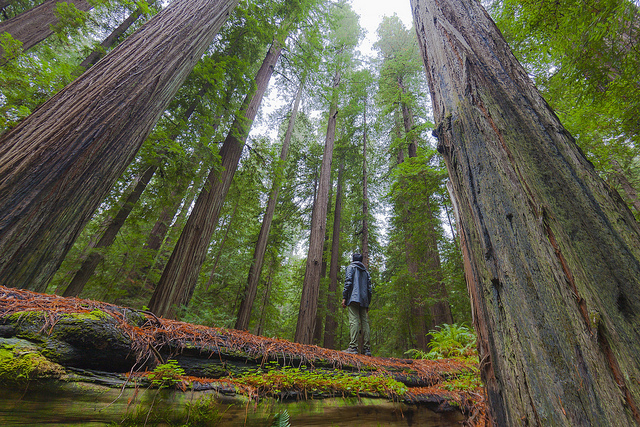 In today’s California, we set big, ambitious goals for improving energy efficiency, fighting climate change, and, well, not much else.

Governor Jerry Brown’s inaugural address this month was a case in point. The governor again expressed his famous skepticism of big plans and big spending, then made an exception for energy and climate change, proposing three ambitious goals for the next 15 years: to derive 50 percent of electricity from renewables; to reduce petroleum use in cars and trucks by half; and to double the efficiency of existing buildings and make heating fuels cleaner.

All three are important goals, and they build on more than a decade of similar policies. But why is our vision so feeble when it comes to other subjects?

Part of it has to do with the special appeal of climate change—an existential threat to the planet requires big responses. Climate change is also a relatively novel issue, offering politicians and other interest groups plenty of room to maneuver. On other major issues, California’s governance system—a giant machine for tying up difficult problems in knots—has produced so many special rules and whips and chains and funding limitations that our leaders are too constrained to make much change. Bold proposals seem pointless here, even for think tanks and special commissions charged with looking at the future.

While our collective failure to think big is understandable, it isn’t excusable.

While our collective failure to think big is understandable, it isn’t excusable. California has profound shortcomings in a host of areas, and setting big, clear public goals would be an essential first step to making progress on them. And it isn’t as if Californians are unaccustomed to thinking big when they can. The Bay Area is full of companies that routinely make business plans for exponential growth and world domination, and sometimes even make good on them.

What would such big goals look like in the public sphere? Consider higher education. Right now, the governor and the University of California are engaged in a narrow, if politically entertaining, debate over whether the state or students should pay the few hundred millions of dollars necessary to keep our current university system at about the same level it’s at today.

That debate is a waste of time when California desperately needs many more college graduates to meet employers’ current needs, to spur greater growth, and to revitalize inland regions, where less than 20 percent of adults are college educated. So why not set a big goal? Or how about we make a commitment that California will have a higher percentage of college graduates than any state by 2033, when children born today will go to college? And no place should be left behind: Every region of the state should have at least 50 percent of its population graduate from college.

Setting these goals would create much bigger thinking. Can we double the size of Fresno State and UC Riverside? What level of online education would be necessary to educate that many people? And what kind of government support, private philanthropy (could there be a public match of donations that Californians give to California universities?), and tuition fees would be necessary?

What’s good enough for higher education ought to be good enough for K-12 schools, where we still lag the national average in funding and achievement despite recent improvements. Education is always a controversial issue, but one thing that’s clear from research is that more instruction time with quality teachers is good for students. So why not set a goal of extending the school year from 180 to 210 days (the standard for some successful charter and private schools) by the end of this decade? And why not make the school day longer, to match the working day, a change that would have huge economic benefits for working parents?

But why stop at education, which isn’t the only area where we persistently lag behind other states? California has for too long delayed the necessary maintenance and modernization of its infrastructure, and there’s no time like the present to start catching up. Why not declare that the state’s “infrastructure deficit” (estimated at $800 billion over the next decade) be eliminated in tandem with achieving our climate change goals? Similarly, good government types are having an unproductive debate about ideas for reversing our rapidly shrinking voter turnout; instead, why not set a goal of making California the national leader in voter turnout by 2030, and experiment throughout the state with different strategies to see what will get us there?

Of all issues, none would benefit more from a big goal than housing—a subject that you hear a lot about when regular Californians get together but that you’ll rarely hear state elected officials discuss. We’ve been told for many years that a tiny fraction of Californians can afford the median home, so why not aim for 50 percent of us to be able to afford the median home? To his credit, Los Angeles Mayor Eric Garcetti is one of the few leaders in the state to set a big goal, announcing a plan to add 100,000 housing units by 2021 in his city, which faces its largest housing shortage since World War II.

These big goals probably strike many leaders as unrealistic. That reaction says more about our own thinking than it does about the worthiness of these goals. Setting big goals isn’t dreamy—it’s a fundamental responsibility.

Without big goals, it’s easy to drift, waste money, and continue doing the same old things. It’s frightening that the state is having a big conversation about how and whether to increase taxes via ballot initiative next year without any big goals in place for where and how to spend the state’s money. It’s likely that the taxes won’t alter the state’s trajectory.

Thinking big is an essential defense mechanism, a way of setting our common priorities. If we don’t have ambitious plans of our own, we’ll find ourselves at the mercy of self-interested people and their ambitious schemes. We’ve seen this again and again across the state. Some self-interested developer or visionary or sports team owner comes in with a big plan. And Californians give away the store, because we want to do something big, but don’t have any big plans of our own.