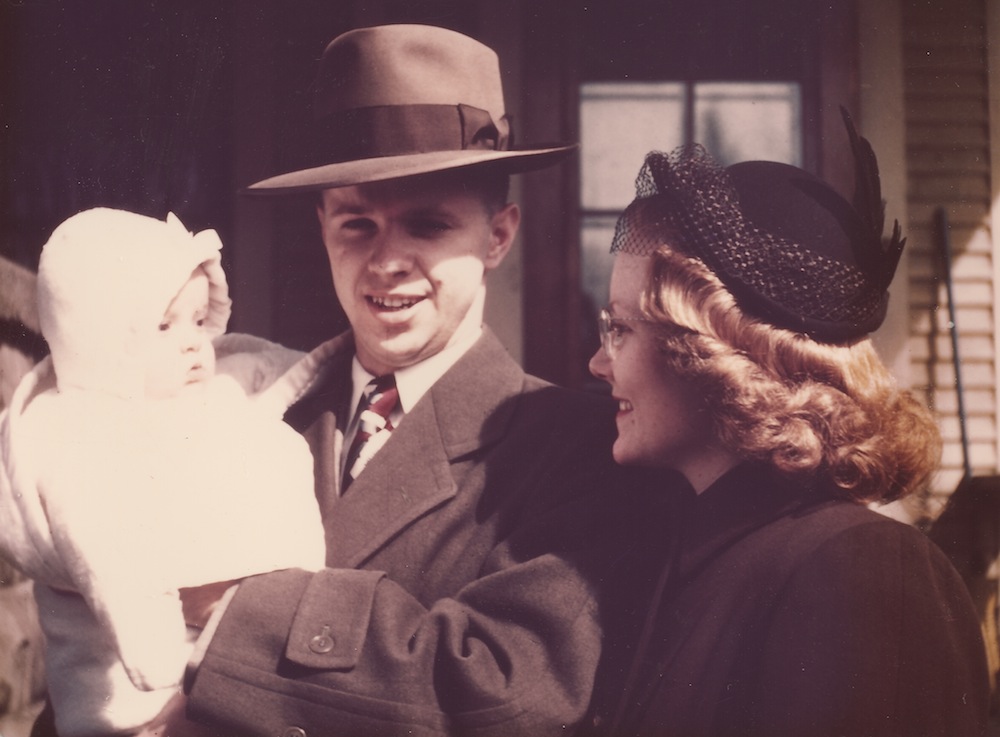 It had been a good year for Lois Mace.

She and her husband, only three years beyond college, had bought their first house. A solid redbrick and clapboard Cape Cod, it sat on a leafy street named for a character out of a Longfellow poem. In its driveway glistened a new sedan, silver-gray with a burgundy roof and whitewalls, a gift from her father, a Ford dealer.

And under its dormers that last day of August 1954 slept her three children: A sunny toddler with platinum blonde hair and a weak stomach sphincter, known around the house, mostly affectionately, as Miss Urp. A 3-year-old bruiser with a devilish twinkle in his eye, whom the neighbor nicknamed Meatball. Then there was the eldest, a lithe towhead with quick feet and an even quicker tongue—him they called Motormouth. He was set in a week’s time to walk the two blocks down the hill and start first grade at Nakoma Elementary School.

Everything was the way she liked it, under control.

(The prior sentence, the careful reader knows, is a signal, the gun hung on the wall in the first act, which must go off in the second. And it will—in the case of my mother’s story, in a way unknown to today’s parents facing decisions about whether to vaccinate their children.)

In the middle of that night, Lois was roused by sounds from the boys’ bedroom. Tucked under the shed roof at the back of the house, the room was stuffy with the heat of late summer. The older boy, who shared a bed with his little brother and a ratty blue bear, lay feverish and whimpering. Her husband carried the boy to the bathroom. He was too weak to stand and use the toilet.

The next day they drove him to the hospital for a spinal tap. The spinal fluid was cloudy. “During the past three or four days almost complete paralysis of both lower extremities and left upper extremity and trunk musculature has developed,” his doctor would write in the medical record on September 4.

Lois Mace Paul, 28, had come very far, very fast from a Depression-era childhood in a small Iowa town—husband, house, kids so well behaved that strangers would stop by the table in restaurants to compliment her. But now she was also the mother of a boy with polio. He lay in an isolation unit, afraid and confused, unable to sit or roll over. She could only stand in the doorway, swathed in a surgical gown and mask, forbidden to hold or comfort him for fear of spreading the virus.

We can safely assume these events counted as life-changing for Lois. After 10 days in isolation, the boy was put on a children’s ward, where he would remain for 130 days, “for institution of hot packs and passive stretching exercises and later institution of active exercises,” according to his medical record. Every afternoon at 2, Lois traveled the three miles to the hospital to sit with the boy. She would read to him as he ate the sandwich—always peanut butter on white bread—that she smuggled past the nurses; her boy wasn’t keen on hospital food. Her husband took the night shift, arriving at 7 to launch Pooh and Christopher Robin on their next “expotition.”

Even judged by the standard of today’s families balancing work and parenthood, the logistical challenges were daunting. Meals to make, clothes to wash and hang, diapers to change. Schedule babysitters for every afternoon. Change clothes and put on makeup—a respectable woman didn’t go downtown in jeans and without a face. Find a way to get back and forth; there was only the one car. Make dinner so her husband could get back to the hospital on time. Bathe and put the little ones to bed on her own. How much time or energy could there have been for coffee or cocktails with friends, or for nights out with her husband?

And it didn’t end there. When the boy was finally sent home, he had to be carried up and down stairs. Over the next decade there would be braces and crutches that he was always expensively outgrowing. And as he grew and his unbalanced muscles twisted his frame, Lois and her husband would sit eight times in a surgical waiting room while Dr. Wixson used chisel, hammer, wire, and staples to straighten the boy’s back and legs. Not until the boy himself waited outside an operating room as his own infant child underwent orthopedic surgery could he imagine how fear had shadowed Lois’ life.

Imagination is about all we have to tell us what those events meant to Lois emotionally. She didn’t talk much about feelings.

The boy’s only hint came one afternoon, about the time of his sixth birthday. A high school running back had injured his neck in a game and had been brought into the ward the night before, his limbs numb. As Lois and the boy looked on, a doctor and nurses, after some probing, helped the player sit, swing his legs off the bed, and, to the delight of staff and parents, stand again. Seeing what pleased adults, the boy turned to Lois. “I’m going to do that soon,” he said. She didn’t reply, but tears streamed down her face.

We know she grieved. Lois shared the bad news in a letter to her best college friend, who had joined the Iowa diaspora to Los Angeles. It read like a funeral notice. “Oh, my beautiful little boy,” she wrote in ending. Lois confided to her favorite aunt that she feared the boy would die.

Why didn’t Lois vaccinate me? Because she had not been given that choice. I had fallen ill 224 days before the announcement, on April 12, 1955, that the field trials of the Salk polio vaccine were a success.

As she lay in bed that night, digesting the news that had been shouted out across the country over radio, television, and public address systems in workplaces and schools, Lois had a choice to make. Because kicking inside her was the boy she had conceived in her grief the previous fall.

Today’s parents make those choices knowing much more than she did about the effectiveness and safety of the vaccines offered to their children. They can rely on decades of experience and scientific research.

Lois faced only scientific uncertainty. The Salk vaccine was new. It had been only 60 to 70 percent effective in the trial but had been deemed safe. Some of the world’s top polio researchers weren’t so sure. They had publicly opposed the trial, thought the vaccine the wrong approach, maybe even dangerous. Their fears materialized within weeks. Cutter Laboratories in Berkeley shipped vaccine contaminated with live virus. More than 200 children and family members were paralyzed, and 11 died. The vaccination campaign was briefly suspended.

But from her own experience, Lois Mace knew things that today’s parents, thanks to vaccines, have never had to learn—need never learn—about pain and grief and loss of control. As soon as she could, she took all her children to get the shots, and went back again after the Cutter fiasco.