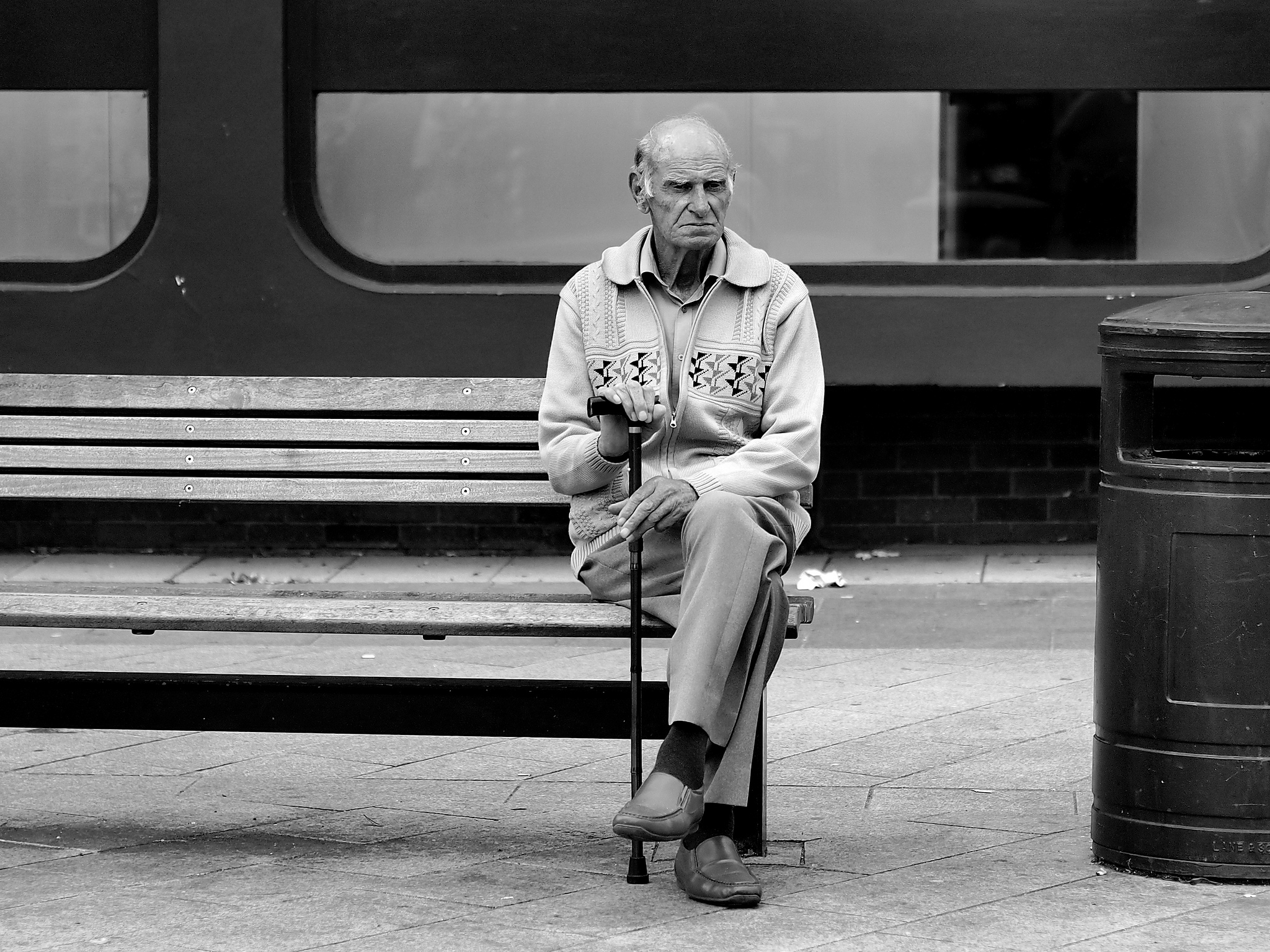 I’m a Boomer or close enough, born in December 1945. My parents, who grew up during the Great Depression, told me that financial security, especially in retirement, was the most important goal of my working years. I listened.

And so, though I’m not rich or famous, as a retired California state worker I’m reasonably secure. I get a modest but safe state pension which, coupled with Social Security and a veteran’s disability check, gives me about 70 percent of what I made while working. That keeps food on the table and the wolves away from my door. I also get good health care coverage through a comprehensive Kaiser Medicare Advantage plan coupled with state paid supplemental benefits.


Today, over 23 million Americans who are 60 and older are economically insecure, living at or below 250 percent of the federal poverty level.

You may have heard that the retirement costs of workers like me are a fiscal problem for the state and the country. They are not. The real problem is the opposite: I’m becoming a rarity.

Fewer and fewer workers can expect or aspire to the modest retirement I have. The number of people receiving secure pensions has been in decline for at least 30 years; the number of pension plans of any sort today is just a quarter of what the number was in 1984.

Retirement security declined sharply in the Great Recession, in 2008 and just after, when Americans on the verge of retirement—ages 55 to 64—lost a third of their net worth. Younger boomers lost even more. Today, over 23 million Americans who are 60 and older are economically insecure, living at or below 250 percent of the federal poverty level. Five years ago, only one in five private sector workers enjoyed the sort of traditional defined benefit pension plan that supported our parents and grandparents for as long as they lived. Today, as companies eliminate such plans even more rapidly, the number is down to one in seven.

The outlook for the future is even bleaker. Back in 1991, half of all American workers planned to retire before they reached the age of 65. Today, that number is 23 percent.

In 2008, the US Government Accountability office reported that half of all companies that still have the old, secure defined benefit pension plans are freezing them and forcing newer employees into much less secure defined contribution plans. The GAO predicted that the remaining secure private sector pensions would be gone within a few years. And then there’s Social Security, which makes up about 38 percent of total income for the elderly, and for 1 in 3 retirees, it is their only income source.

Moreover, the Social Security fund will be exhausted within decades. After that time, contemporaneous money paid into the fund will be enough to pay only about 75 percent of benefits. As Social Security’s most recent annual report warns, the window for making changes to stabilize the fund is small and closing soon. All this spells a cold, hard old age for our children and grandchildren.

The reality of that cataclysm hit home to me not long ago when I was waited on at a fast food place by a sweet old lady maybe ten years older than I am. I imagine her pay was not much above minimum wage, say $8 an hour. (Maybe I’m wrong and she owned the franchise, but she looked frail and arthritic and hardly appeared to be the boss.) Those are poverty line wages and I would shudder to think that my fellow Boomer retirees are headed for a similar existence.

Public employees have not been spared from the attack on retirement security. The pensions of those of us who served the public are increasingly at risk. Recent polls show that here in my state of California, many people, alarmed by supposedly common $100,000 pensions, now believe that public pensions are too large and that those pensions threaten the solvency of state government.

In reality, 98 percent of public retirees barely get by on modest pensions. Half get less than $1,500 a month and many—teachers and public safety workers among them – do not even receive Social Security.

One would think that private sector workers, having seen their own pensions trashed, would stand at the barricades along with public workers to protect public pensions, if only to rebuild support for secure pensions as a whole. Instead, antipathy toward public workers seems on the rise.

Who’s hurt? Minorities, for one. African Americans are 30 percent more likely to be public employees than any other race. So, let public pensions shrink and African Americans will be disproportionately affected. The same will almost certainly be true for Latinos, whose retirement savings are about half those of non-Latino whites.

Finally comes the issue of OPEB, Other Post-Employment Benefits, principally health care. Here is where my own greatest concern lies. While my pension is secure for the foreseeable future, my health care coverage could be revoked at any time. It is at the mercy of our elected leaders and the voters. Like most public employers in the US, California does not set aside money in advance to cover health care for its retirees. It is pay as you go. The state budget has recovered from the awful effects of the Great Recession, but nothing says that we won’t face another similar fiscal mess. If so, non-guaranteed costs like retiree health benefits could be among the first things tossed overboard. National estimates of unfunded public retiree health costs run from $1.2 trillion to $2 trillion.

This January, in a unanimous decision, the US Supreme Court threw out previous dicta guaranteeing vested lifetime health benefits for retirees and sent the issue back to a lower court to determine how or even if such a lifetime guarantee should apply. Few private employers provide such coverage and the decision is likely to end even that. Public sector workers may fare little better. Here in California some state workers with sufficient service credit at retirement now receive full employer paid health coverage. Because of the Supreme Court’s action, such continued coverage is likely to be a significant bargaining issue in future contract negotiations.

A piece in the San Francisco Chronicle notes that the Affordable Care Act may be the savior of retiree health benefits. Governments could simply eliminate their retirees’ health benefits and instead give them a subsidy to buy health coverage under Obamacare, thus turning a program to ensure all Americans have health coverage into a bailout for strapped or fiscally irresponsible governments. Detroit, as part of its bankruptcy plan, will stop providing health care to retirees not yet eligible for Medicare, the Chronicle noted, and instead give them each a stipend to buy insurance in the Obamacare exchange. Other cash-poor governments will likely follow suit.

My own pension is probably not at risk. The California Public Employees Retirement fund is solvent and well-managed. I’m old enough for Medicare and the small additional amount the state pays for my Medicare supplement is affordable for it. But I fear greatly for those coming after me. I certainly do not want, in my senior years, to have to see oldsters from Gen X and beyond (my kids included) flipping burgers to supplement their meager retirement savings. Or worse, facing what Shakespeare described: mere oblivion, sans teeth, sans eyes, sans taste, sans everything. And, he might have added, sans health care and pension, too.