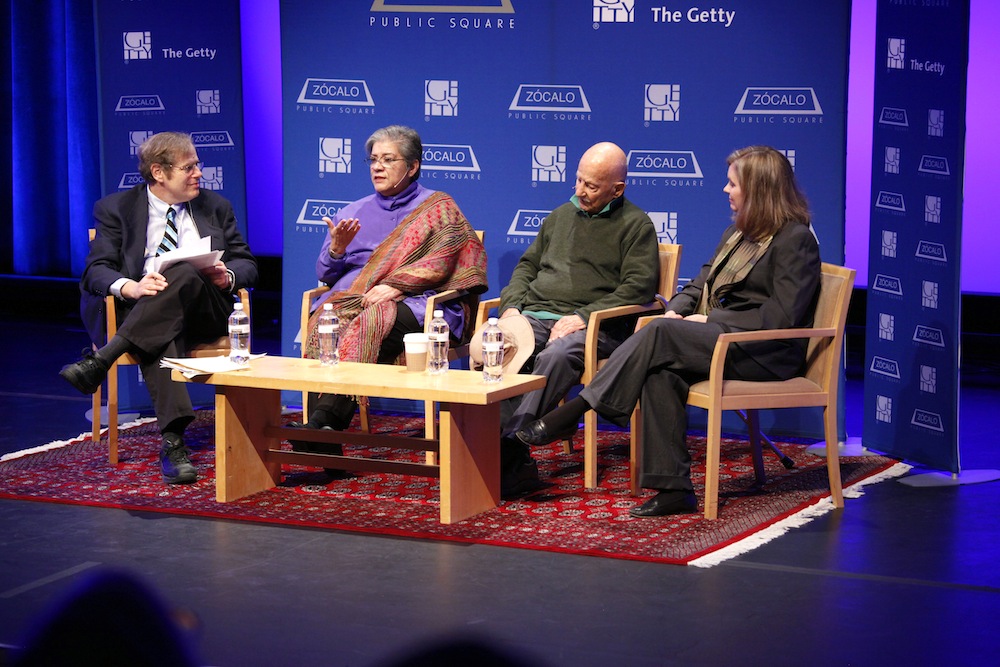 What inspires artists as they grow older? Do they approach their work in new ways? Do they see the world differently? Painter Charles Garabedian, muralist Judithe Hernández, and musicologist Karen Painter tackled these questions at an “Open Art” event co-presented by the Getty. It was inspired by the Getty exhibition “J. M. W. Turner: Painting Set Free,” which features works from the final years of Turner’s life.

In the introduction to the book she edited, Late Thoughts: Reflections on Artists and Composers at Work, Painter wrote that aging artists do not have “a prototypical or consistent approach” to their work: “Late style does not exist in any real sense.” Los Angeles Times arts reporter Mike Boehm, the evening’s moderator, opened the discussion in front of a large crowd at the Getty by asking Painter if that statement made a discussion of art and aging somewhat beside the point.

Painter said that after World War II, scholars were very interested in studying the similarities of late artists. The goal of her book was to “reject that kind of a cliché” and show the “radically different” approaches artists and composers take to creativity at the end of their lives.

Turning to the artists, Boehm asked what they do differently today than they did 20, 30, or 40 years ago.

“I don’t drink,” said Hernández. “I try to stay awake.” She said that getting older means finding new ways to maintain your levels of curiosity and energy.

Garabedian, who is in his 90s, said that since he was in college, he’s been inspired by history, and that hasn’t changed. But he feels that he understands both other people and his own limitations more now than he did in the past. His attitude toward criticism has changed, too: He thinks critics can teach you how to be a better artist and human being.

Growing older has also changed the way he sees the small details. Lately he’s been able to appreciate a bird flying around in the sky, or look at a flower and feel something deep. “It’s peculiar,” he said.

Painter said that near the end of Richard Wagner’s life, the composer—who was quite ill—would wrap himself in silk cloths soaked in perfume, or take a perfumed steam bath, in order to achieve the necessary inspiration. It worked: He credited this regimen with helping him write the music of Parsifal, his great religious opera.

Hernández said that as she’s gotten older her canvases have—literally—changed. She hasn’t painted a public mural almost entirely on her own since 1981, when she painted L.A.’s bicentennial mural on the side of a three-story building. “As you get older, the excitement of hanging off of multi-story buildings [is] not very appealing,” she said. What is appealing is creating art in the studio that can be translated into public art. The work she is creating for the Downtown Santa Monica Station, which will be the last stop on the Expo Line, was originally chalk and oil pastel drawings on paper that will become glass mosaic panels.

Boehm asked if brooding, darker artists are at a disadvantage as they age compared to artists whose work is fueled by exuberance.

I “paint crucifixions,” said Garabedian. “And you know, they’re just delightful.” He said that he loves to paint, and the work brings him joy. His subjects—death, war—may not be intentionally light-hearted, but they end up looking that way.

Hernández also paints dark subjects, working with bright colors. She said that her goal in tackling these images are to make them beautiful enough that the viewer has to stop—but isn’t necessarily depressed. (We get enough of that from the news, she said.)

Painter said that late in life, many composers tend to work “with smaller forms and greater simplicity.” They are also more reluctant to analyze their work. She said that Elliott Carter, just before his death at age 103, told her that he could still compose—but he didn’t want to talk about it.

Garabedian and Hernández agreed. Hernández said she preferred to rely on the viewer’s “intelligence and willingness to be perceptive” rather than trying to explain why she’s painted a particular symbol.

In the final years of his life, Turner went back to some of the completed paintings of his youth and redid them, said Boehm. Is this an “art crime” by the older artist committed against his younger self?

No, said Hernández, who waited 25 years to put the final touches on a few pieces. She said that she wishes she could tear a number of her earlier works out of the frame and redo them.

Garabedian said that he has a storage room full of old paintings. Every now and then, he’ll look at them “and shudder.” But he will also occasionally bring a piece out and rework it—totally obliterating what was there and, if he’s lucky, creating something better.

The practice is “very common” among composers, said Painter. Giuseppe Verdi originally wrote Simon Boccanegra when he was in his 40s; the opera premiered and was unsuccessful. Twenty-five years later, Verdi’s publisher convinced him to return to the work, with another librettist, and it became one of his greatest works. Richard Strauss called revising his earlier works “wrist exercises” after he had retired from writing new ones. And Pierre Boulez has continually revised his compositions throughout his career.

Garabedian said that the intensely competitive artists he has known—at any stage in their careers—generally haven’t achieved success. But age does often provide some perspective: “You realize if you had any success at all, you’re lucky, because the work isn’t that good,” he said.

Hernández said that she, too, has never been competitive. “I never expected art to support me,” she said. “And by and large it hasn’t. But I’ve never had to compromise.” 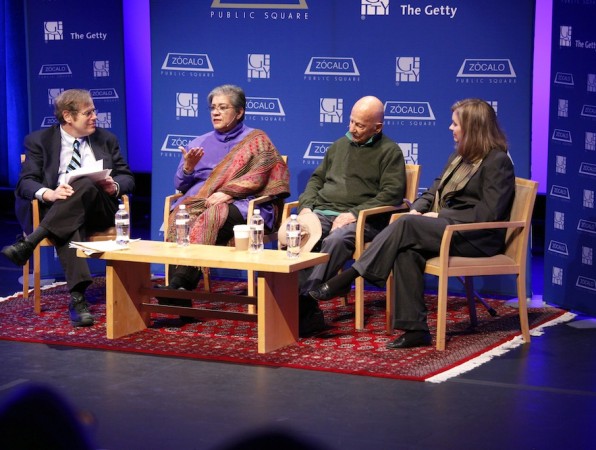 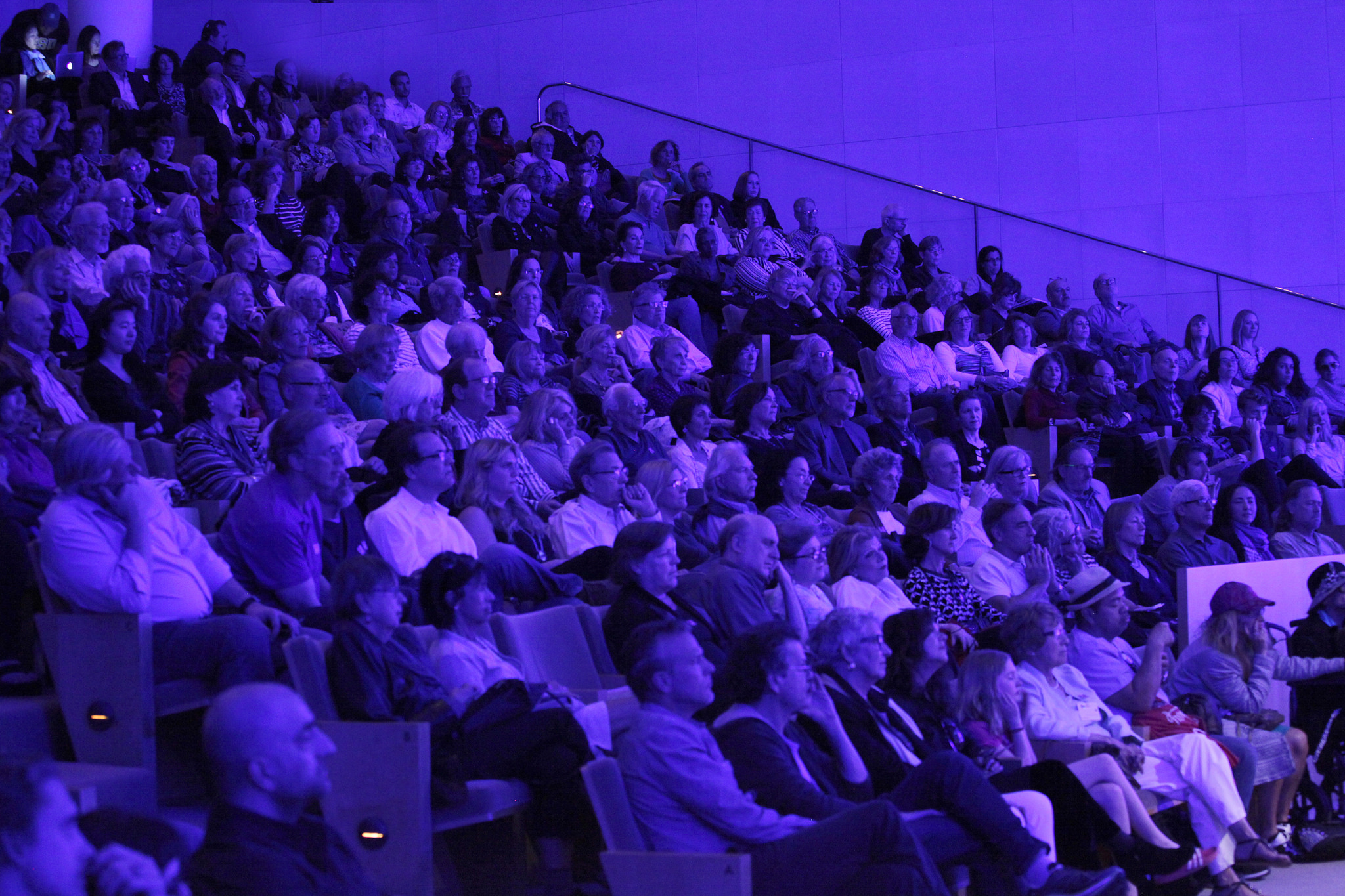 The house was full at The Getty Center 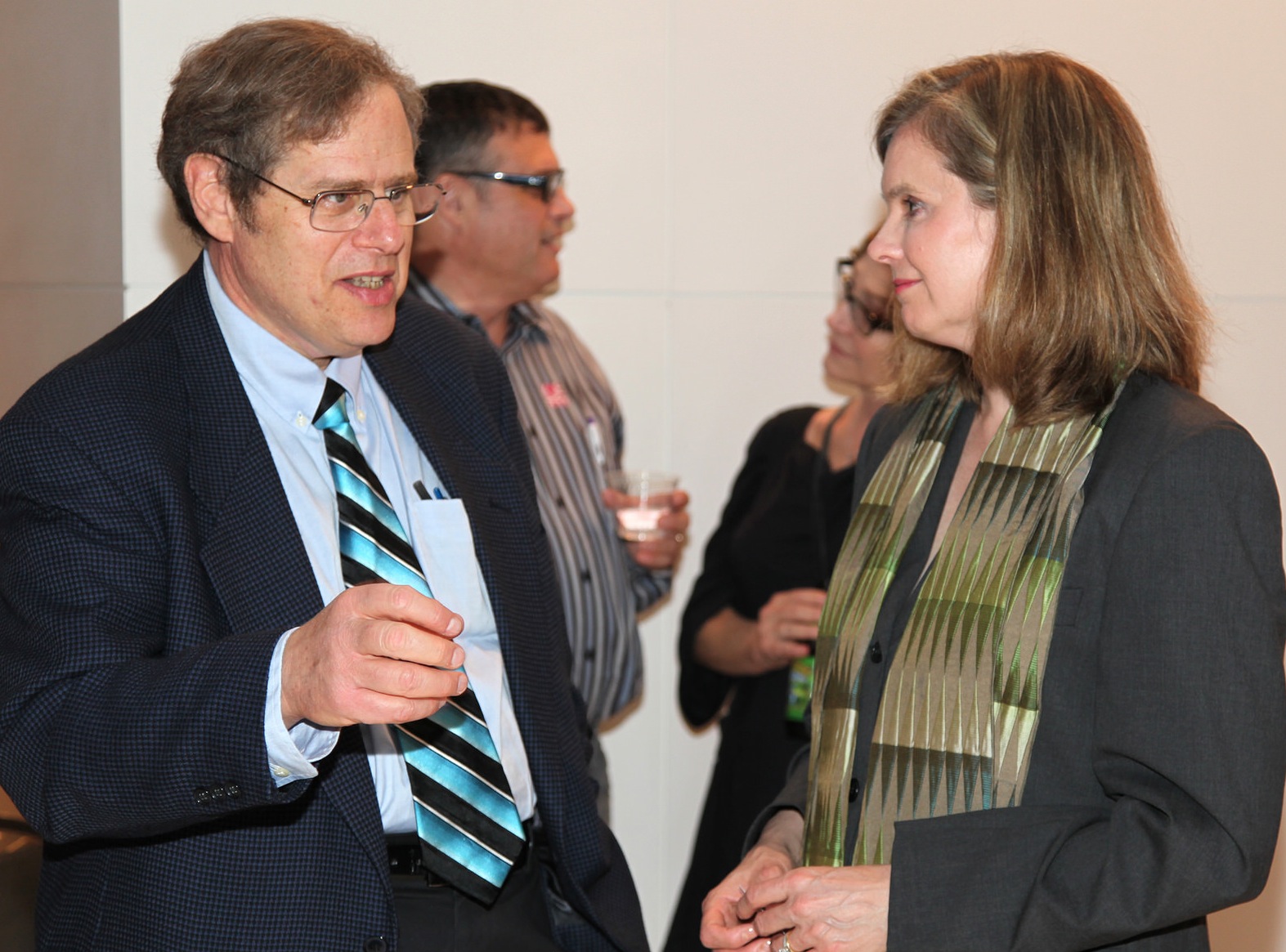 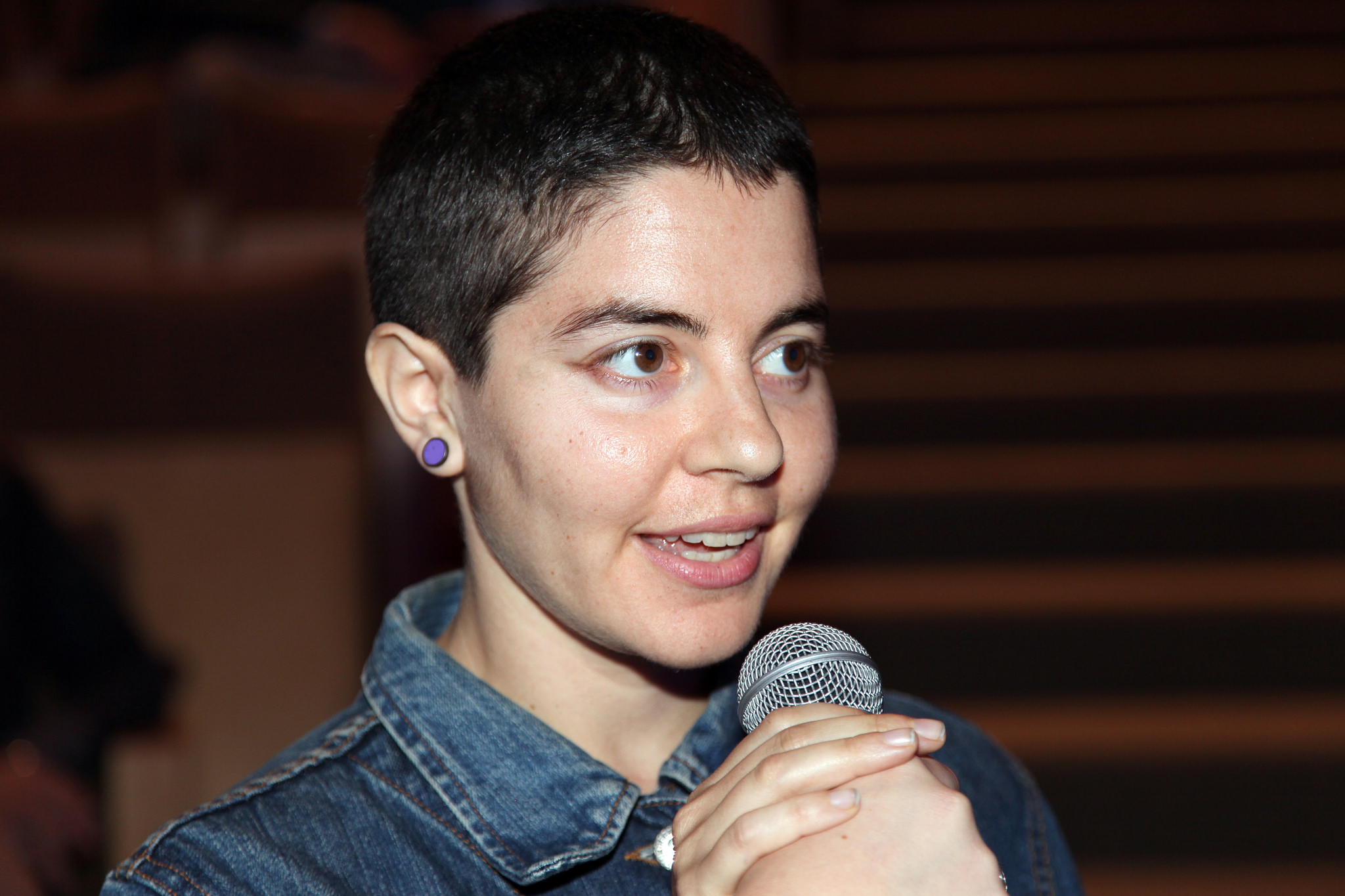 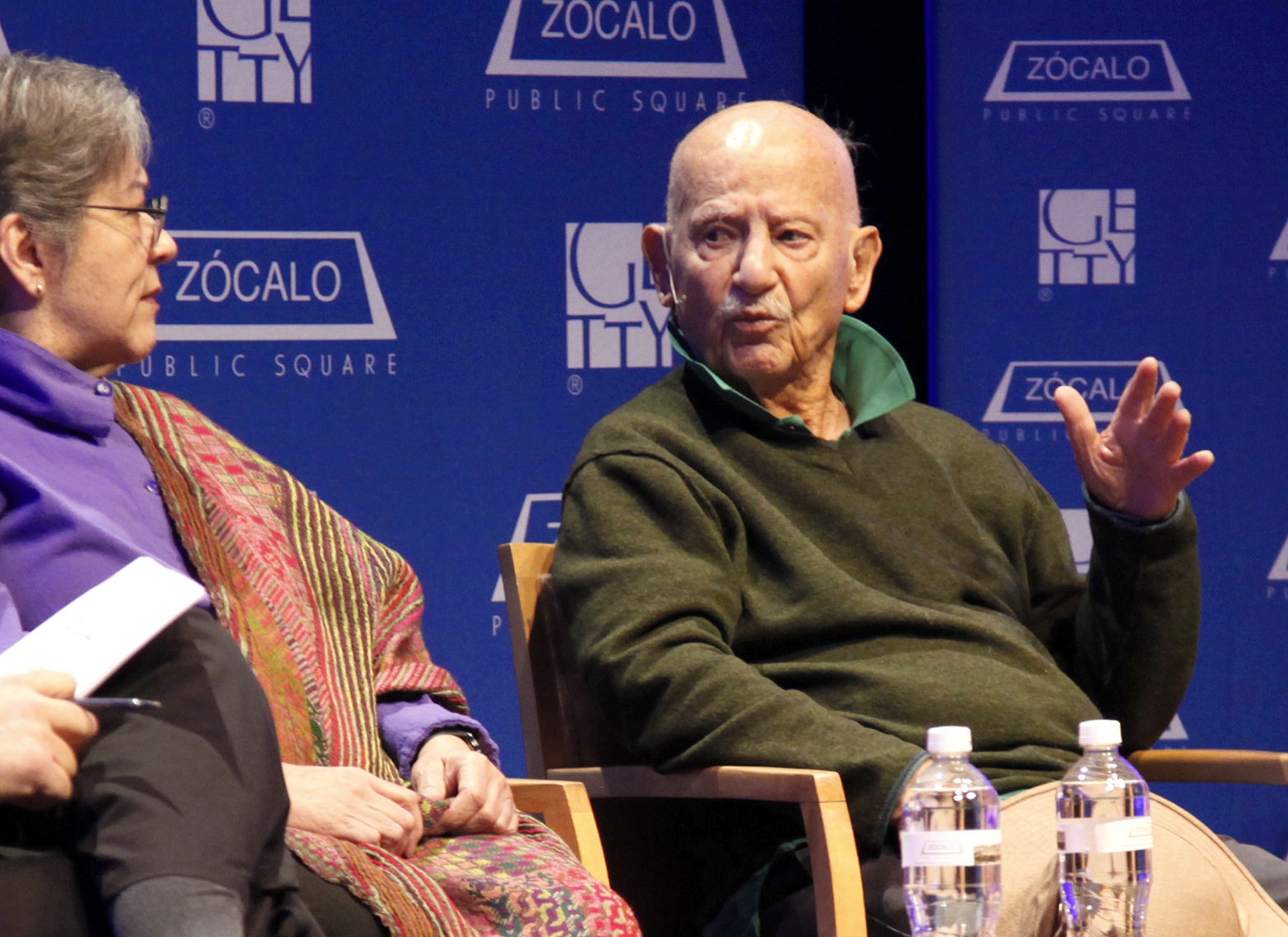 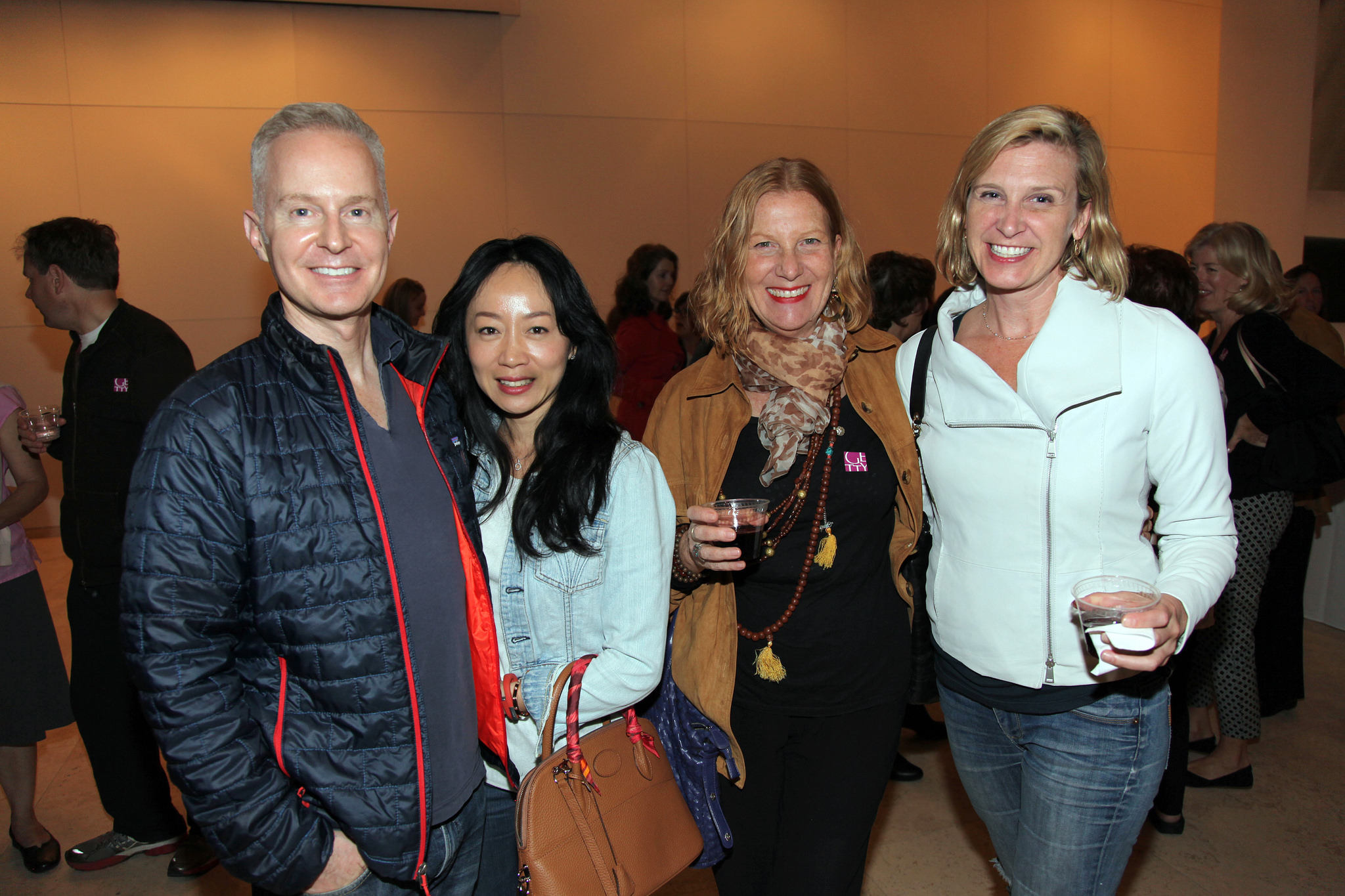