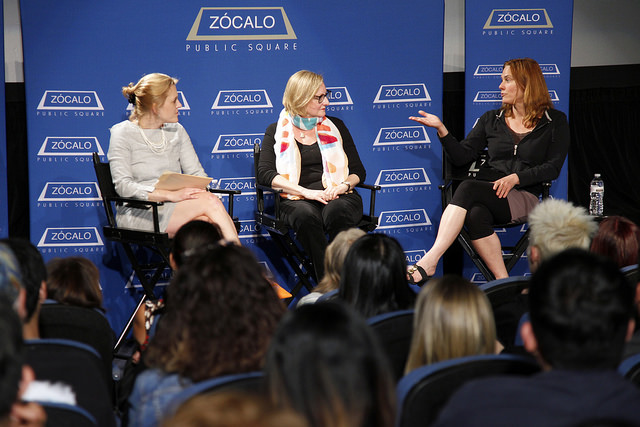 Why do some adult men and women choose not to have kids? Los Angeles Times columnist Meghan Daum had only seen the topic addressed in a “really glib, flippant way.” Even people who have made this choice themselves frequently answer that they prefer expensive vacations and cars to children. But for many, including Daum herself, it’s not a black-and-white decision but a choice that exists in a gray area.

To get at the complexity and complications of this decision, Daum decided to assemble and edit an anthology, Selfish, Shallow, and Self-Absorbed: Sixteen Writers on the Decision Not to Have Kids. At an event at the Downtown Independent, she talked with two of the book’s contributors, M. G. Lord and Kate Christensen, about their lives without kids, the cultural pressures they faced, and why—if not because they’re selfish, shallow, and self-absorbed—they chose not to become parents.

Lord and Christensen both agreed that they’re better described as “childless by circumstance” than “childless by choice.” Lord’s mother died young; many women who lose their mothers as kids heal themselves through parenting. And for a long time, Lord thought she, too, might do so. Ultimately, however, her mother’s death was a big part of why she decided not to have kids.

Christensen had an “intense desire to have children” through her 30s. Her mother had a terrible childhood, she said, and “the story of our family was she finally found love and connection by having kids.” Christensen thought a baby could give her those same things.

So what did it come down to for them—was it maternal instinct? Daum said that she believes that trait is on “a spectrum.”

For Christensen, that instinct kicked in when she reached her late 30s. She was married and had published her first book, and she felt a “hormonal imperative” to have kids, “a fever” to have a baby. Her husband didn’t, and by the time he was ready, she had turned 40, and her desire had waned.

Looking back, Christensen thinks that feeling of baby lust was “a strange one-off.” She said that she has felt a twinge, watching her sisters and friends become mothers, that she’s missing out on a profound, human experience. Instead, “I’m opting for the unknown,” she said. “It was a sense of adventure, in a way, after I got over this heartbreak over not having” kids. It also meant becoming “an adult on my own terms,” she said. “I always imagined becoming a mother would make me an adult immediately.”

Daum said that the conventional wisdom holds that you’re not fully mature—and “you don’t really know love”—until you have a child. There’s also a sense that people who don’t have kids are missing out on something. But we all miss out on something. “I’m worried about feeling regret about everything,” she said. “You can’t take all paths.”

Yet we are in an age where being a feminist means “having it all” and “leaning in.” Lord said that these expectations are “a dirty trick played by younger people.” If you have everything, she said, maybe you don’t do everything as well as you might have if you focused on fewer things more intensely.

I think the next wave of women is going to react to this maximalist impulse, said Christensen: “Women who come of age react to the women who come ahead of them, and there’s this sort of ripple that goes through.”

Not having kids doesn’t necessarily mean a life devoid of the next generation, however. Lord said that teaching gives her a connection to young people. And, she’s also found joy in the grandchildren of her partner—“wonderful kids you see occasionally.”

Christensen said that she too has had continuing relationships with students. But she also mothers “all kinds of things”—her dog, her friends.

There are always going to be people who want to and do have kids, said Daum—most people fall into that camp. But we also need to talk more about why people don’t.

In the question-and-answer session, an audience member said that about 50 percent of pregnancies in the U.S. are unplanned. What about spontaneity?

We’re privileged to be having this conversation, said Daum; it’s not one that could have taken place a few decades ago. And there are many people who say they never wanted kids but end up having them—and it’s great. It’s not about “policing anyone’s process” but about talking about it as a choice.

Another audience member asked the panelists to address family. Who takes care of you in old age when you don’t have kids? Whom do you consider family?

Lord said that in the final episode of The Mary Tyler Moore Show—her generation’s touchstone—the newsroom gets shut down, everybody hugs, and they come to the epiphany that this is their family. Similarly, she’s crafted her own family over the years. “I think your friends are your family, and the concept of biological family is maybe different in the year 2015,” she said. “I know it is for me.” 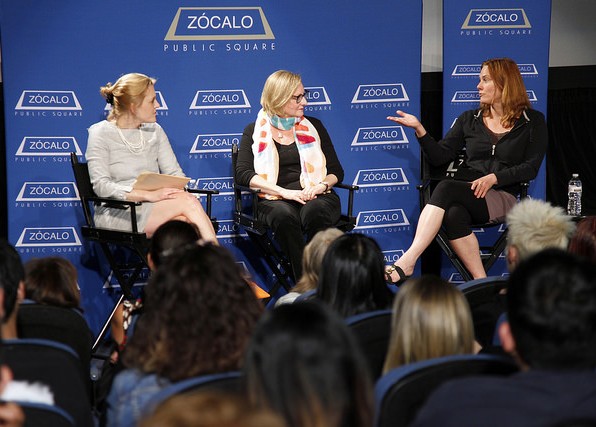 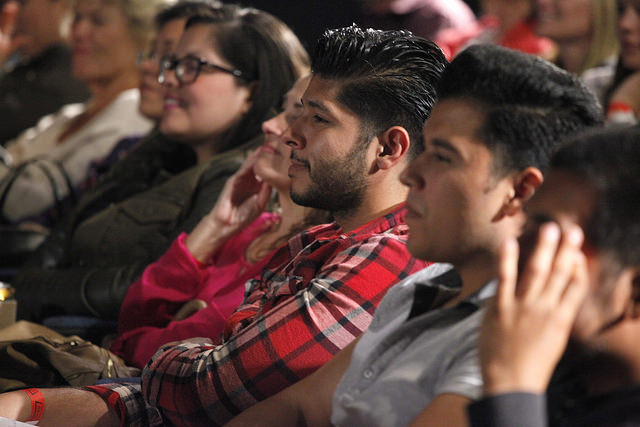 Great crowd at the Downtown Independent 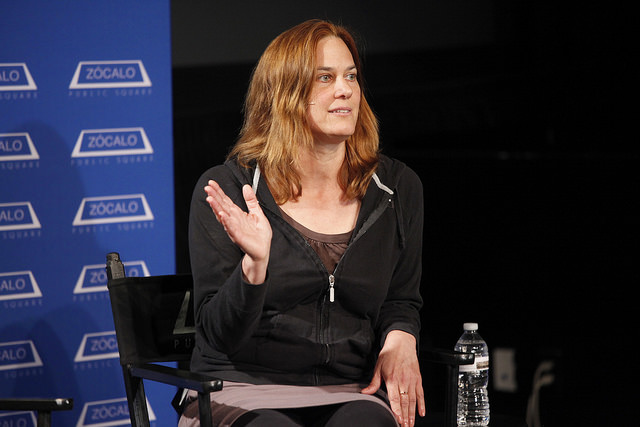 Panelist and contributor to Selfish, Shallow, and Self-Absorbed: Sixteen Writers on the Decision Not to Have Kids Kate Christensen 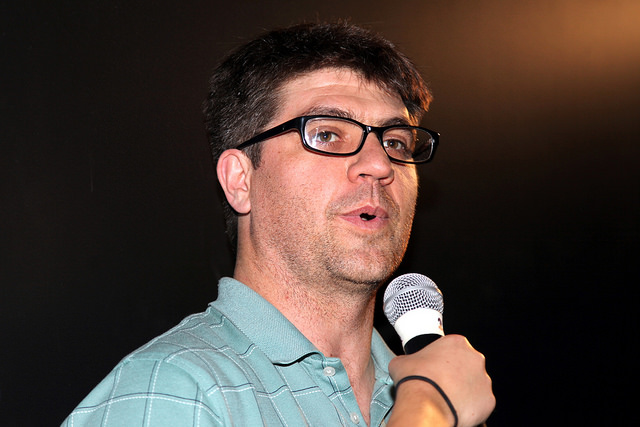 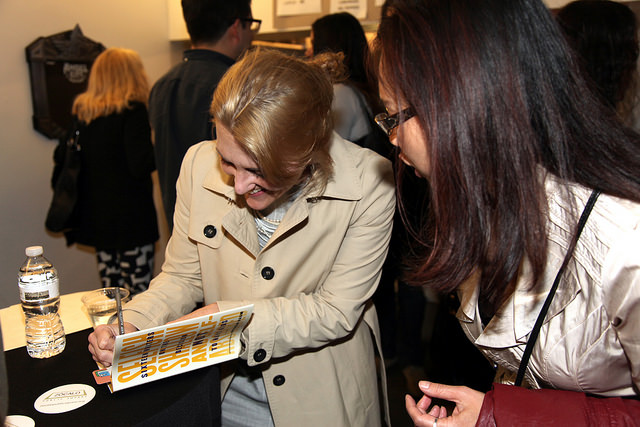 Moderator Meghan Daum signs a copy of Selfish, Shallow, and Self-Absorbed: Sixteen Writers on the Decision Not to Have Kids 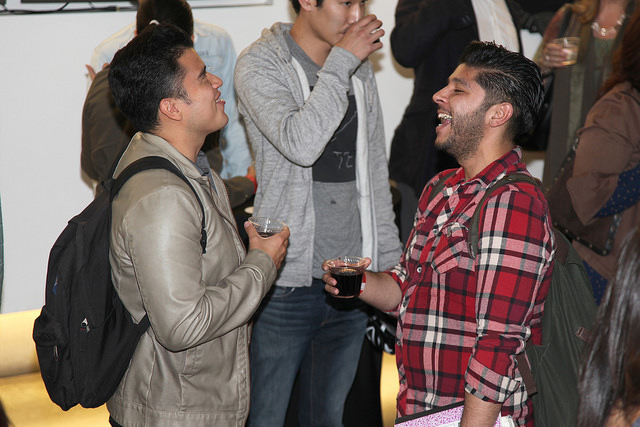