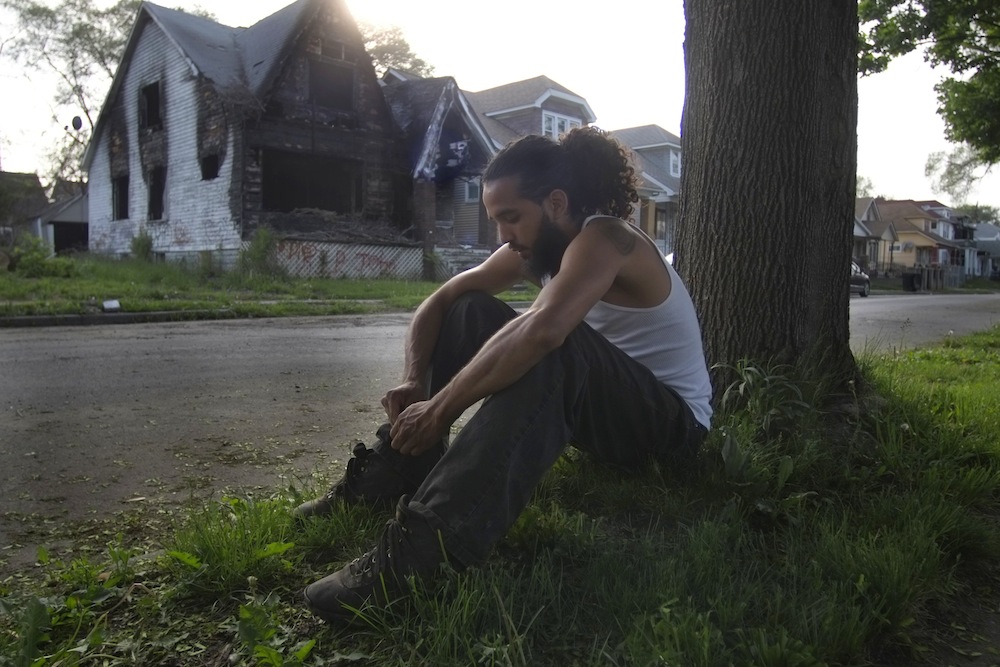 One early morning last week, I was groggily brushing my teeth when I realized the water pouring out of my faucet was yellow. Like urine.

I dry heaved. Spit the toothpaste out of my mouth. Wiped my tongue with a towel.

What was wrong with the water?!

I was disturbed. You see, I live in Detroit. A city surrounded by the largest source of fresh water on earth, and the birthplace of an industrial revolution that left the city polluted and her people dehumanized and mechanized.

Worse, despite being the center of the world’s industry two generations ago, there is little infrastructure compared to other U.S. cities. It’s not like you can call 3-1-1 or text to report a problem like bad water, and it’s not like the water department notifies people when they or their subcontractors are doing work and drinking water might be affected. I’ve lived in other cities where broken water lines were immediately addressed; where a broken water main was immediately news; where contamination, even so slight that the lines needed to be flushed and things would be clean within an hour, was made public.

In Detroit, not only was my water changing color, but it wasn’t news. “What?” a friend from the media asked me when I told him what was going on. “You’re too good for brown water?”

He was mocking the general attitude of the city, echoing around the Twitterverse in response to a picture I posted of my faucet spewing yellow water.

Later that same afternoon, I called Antonio Cosme, a local artist and urban farmer, and member of a coalition of environmental justice organizations called the People’s Water Board.

I told him what my water was doing. He said I was lucky to live in Clark Park, where the city is good about maintaining services (it’s an area known to be “gentrifying”). In his neighborhood, near McGraw and Lonyo, a tree’s root had grown into a sewer line. Raw sewage bubbles up to the surface. His neighbors burn it off when the smell gets overpowering.

He showed it to me a few days later. Children were playing right next to the burned stump and roots. The faint smell of sewage wafted in the air.

And yes, he says, the water department and the city know about it—he and his neighbors have complained—but nothing has changed.

Yet, when I made my complaint to the water department (a complaint that they initially didn’t want to take down because I am not the account holder, my landlord is) the response was different. When they finally did take my complaint (it seems the person I spoke with wrote it down, on paper), I later in the day received multiple follow-up phone calls, first explaining they were flushing the lines and that as a result the water might be “rusty” and then that the water should be clear within 24 hours.

They called again the following morning to confirm the water was clear. Then the water quality testers showed up, to check for bacteria, though they dismissed as silly my concerns about heavy metals and industrial contaminants. (I live close to a now demolished Cadillac plant. On a tour of the city, a local politico explained to me that the land was left toxic. On another vacant lot a few blocks away, trees have been planted to leech the heavy metals from the soil. Signs warn of the contamination. I’ve also become nauseous on more than one occasion drinking unfiltered water at home and in the neighborhood.)

Still, it was nice to see the follow-up from the water department. But it’s hard not to notice—and feel uneasy about—the disparity between neighborhoods perceived to be more valuable than others.

Worse, while I received a call back from the water department (problem, apparently resolved) and Cosme’s neighborhood has sewage bubbling to the surface (problem not resolved), tens of thousands of Detroiters citywide are having a different experience:

The city is turning their water off for past due bills.

And it’s not as simple as ‘Oh, you didn’t pay your water bill so you’re losing service,’ though that’s what many people in the region will tell you.

To understand the current situation, you have to back-peddle a bit. You see, the Detroit Water and Sewerage Department lost more than a half billion dollars in a bad interest rate swap deal. DWSD had to borrow another $537 million to terminate the deal.

Currently, according to those following the crisis closely, DWSD now spends more money on debt service than on operations.

Water rates skyrocketed as DWSD tried to cover its losses, and many of the citizens of Detroit, already poor and reeling from the 2008 mortgage crisis, are paying 15 to 20 percent of their income for water bills. “No one should pay that much for water,” says Cosme.

(A side note to further illustrate the state of Detroit’s affairs: The Federal Government is currently suing Quicken Loans for its role in selling bad mortgages, while Quicken founder Dan Gilbert has been buying up cheap Detroit property.)

But it gets worse: In Detroit’s bankruptcy, the city’s emergency manager and bankruptcy attorney, Kevyn Orr, came to his position from a law firm called Jones Day. Jones Day represented some of Detroit’s creditors. And Orr never investigated potential misconduct in the swaps deal, nor did he try to recoup any of the DWSD’s losses in those potentially illegal deals.

It was on Orr’s watch that residential water shut-offs began—a pursuit of unpaid bills of as little as $150. Meanwhile, Ford Field, where the Detroit Lions play, owed more than $55,000 in back water bills, and Joe Louis arena, where the Detroit Red Wings play, was at the time delinquent by over $82,000. Their water was left running. 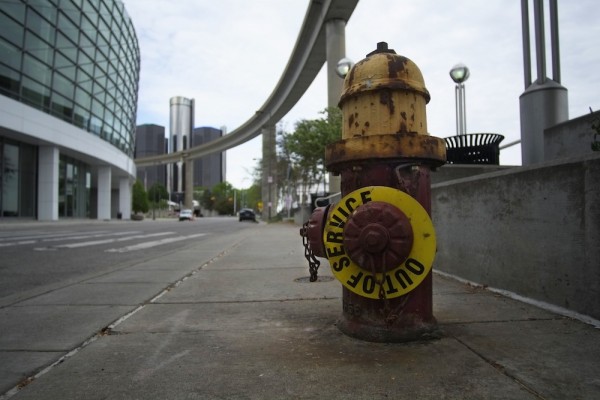 Last summer, amid a startling amount of residential water shut-offs due to non-payment of bills (more than 80,000 accounts were delinquent), the United Nations visited Detroit, and urged the city to keep the water on. By not doing so, the representatives asserted, the city was violating basic human rights.

Later, in order to keep some residents’ water on, nearly 25,000 Detroiters were put on a payment plan. As of February 2015, only about 300 people were able to stick to it.

The city is now starting another round of up to 25,000 water shut-offs—many of them residents who failed to stick to a plan that was, arguably, set up to fail. Some speculate that while 70,000 accounts are currently delinquent, the 20,000 to 25,000 scheduled to be shut off represent simply what DWSD can afford to pay a subcontractor to do.

In addition, outstanding water bills are now getting rolled into county property tax bills, and subject to further penalties and interest. Then, when people fall too far behind, Wayne County forecloses and seizes the home. Cosme describes it as a land grab—a way to drive out more of the predominantly poor, black Detroiters who have stayed in the city through thick and thin, clearing way for gentrification. Two Detroits, it seems, are emerging—rich and white with access to resources; poor and black and denied resources.

Whether it’s the water shut-offs, the tax foreclosures, or the sewage bubbling to the surface, Cosme says, “The water is a symptom of a disease that is deep, and no one wants to talk about.”

I have friends who are optimistic about the situation, subscribing to the mantra “say nice things about Detroit” and cheerleading every new bar and restaurant and café and tweak to the city as proof Detroit is in a renaissance. Yet Detroit has been heralding itself as in a “renaissance” since the 1970s when it built a set of skyscrapers called the Renaissance Center.

And the disease Cosme refers to might just be rooted in greed. Too many people here relish the city’s dysfunction and corruption, champion the plans of the very wealthy without question, and blame the poor for being poor—refusing to look at the embedded systems that propagate that poverty.

The result: Detroit is entering a new age of feudalism.

Historically, the Renaissance was a time of leaving feudalism behind and moving into Enlightenment. As long as people lack access to clean, fresh water—and powerful people are OK with that, nay, enjoy telling them they don’t have a right to it —Detroit won’t see a renaissance, no matter how many new bars, restaurants, or cafés open.

Besides, who knows what’s in their tap water, anyway?