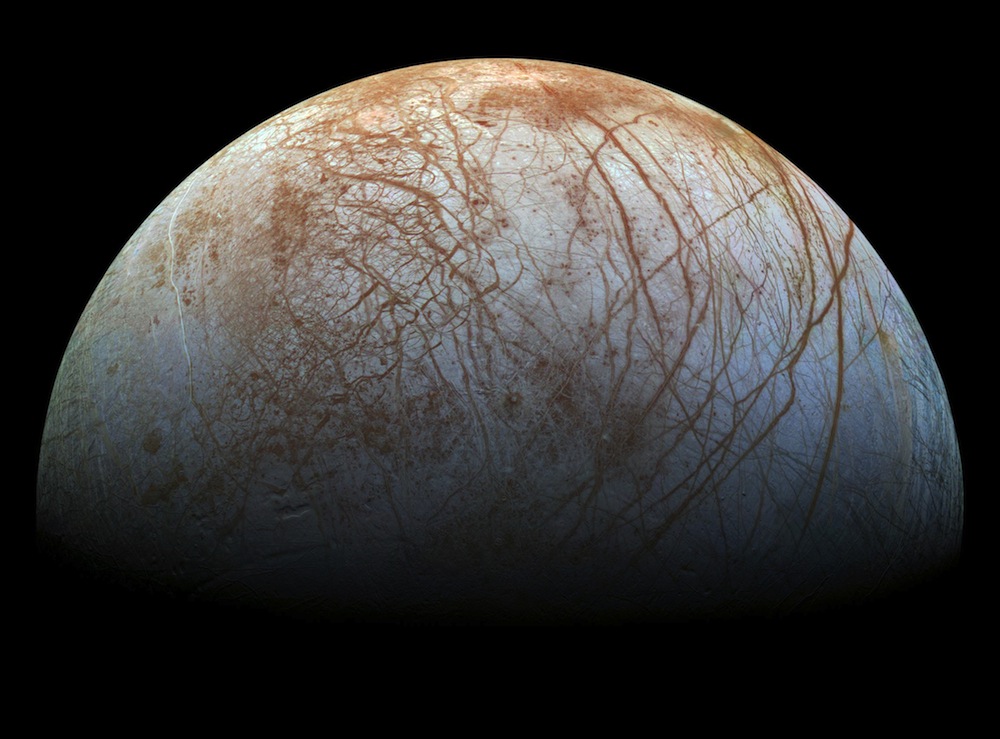 This week we are one step closer to understanding a world in our solar system that I believe has the best chance of supporting life beyond our own planet. NASA has just announced details about what instruments a space probe to Jupiter’s moon Europa will carry when it makes multiple flybys of that world in the next decade.

It has taken us more than 400 years to get to this point, where we can make a dedicated and sustained examination of this intriguing moon. I couldn’t be more excited to be the project scientist of this mission, helping to determine what we want to know when we get there. It’ll be like getting an in-depth interview with a fascinating someone who you’ve only read about in a history book.

I first learned of Europa as a kid who made planets out of tennis and whiffle balls covered in construction paper and masking tape and hung them from my bedroom ceiling on Long Island. Wadded balls of tape stuck onto my model Jupiter represented its biggest moons. Back then, I didn’t pay much attention to the proper arrangement of the moons, their colors, or relative sizes. My fascination with the planets was a form of escapism, as these worlds represented perfect places, untouched by human foibles—wars, environmental pollution or confining boundaries. They were uncontaminated, except for the rare scar of a crashed or landed spacecraft.

Of course, scientists knew about Europa long before I encountered it. It was among the four largest moons of Jupiter that Galileo Galilei first spied in 1610, the first moons found to be orbiting another planet, which helped put to rest the idea of the Earth as the center of the universe. I was in high school in 1979, when the twin Voyager 1 and Voyager 2 spacecraft flew past Jupiter and its moons, snapping the first close-up photos as they went. Though not the largest moon of Jupiter, Europa was the most enigmatic: Voyager’s somewhat fuzzy pictures showed a maze of dark lines marking the bright icy surface, like a cracked eggshell. Europa was completely unlike any world humans had previously seen.

Seeing the first Voyager 2 photos of Europa inspired the famous Carl Sagan to wonder whether the dark bands were mountain-like ridges, or valley-like troughs. What do they say about the history of this world? Do they have a connection to the plate tectonics that shaped Earth, which creates new crust and recycles old? I was fortunate enough to take Sagan’s seminar course called “Ices and Oceans in the Outer Solar System” at Cornell University in 1985, and I was fascinated by the possibility of a watery ocean within Jupiter’s moon Europa. It was uncertain whether such an ocean would have frozen solid over time or could persist today. But as a guest lecturer—Steve Squyres, the future scientific leader of the Opportunity and Spirit missions to Mars—led us to ponder: If there is water, could there be life?

To learn more, NASA sent a robotic spacecraft closer to Europa. So between 1996 and 2002, the Galileo spacecraft soared past Europa a dozen times while orbiting Jupiter.

Galileo images showed Europa’s surface to be criss-crossed by both mountain-like ridges and valley-like troughs. Some dark bands are streaked by a myriad of parallel ridges and grooves. The patterns of the ridges and cracks suggest an ocean below that permits the ice shell to flex and break. Giant bulls-eye-like scars tell of large comets that collided into the moon to create the biggest of the moon’s craters, the impacts penetrating through the icy shell to liquid water below. And, most intriguing of all, in places the surface is broken into city-sized chunks that resemble giant ice floes.

While Galileo answered many of our early questions about Europa, the mission gave rise to many new ones. How thick is Europa’s ice? Does it melt and churn? How active is Europa today? Why is Europa so different from other moons of the outer solar system? What does Europa tell us about the history of our solar system, including Earth?

But it’s the saltwater ocean under a thin icy shell that makes Europa particularly fascinating because of the distinct possibility that there could be life in these lightless waters. We don’t expect whales or fish down there, but it is possible that alien single-celled microorganisms could exist.

In addition to the water, scientists studying Europa conclude that it could contain the two other “ingredients” that are critical to life: the elements needed to build organic molecules and chemical energy. Over the age of the solar system, comets and asteroids that crashed into Europa have brought the right elements. And the moon’s surface is constantly being pelted by radiation, which creates energy-rich molecules that could be dredged downward by geological stirring, to create a kind of chemical fuel that could power life when those molecules are dissolved in the ocean below. 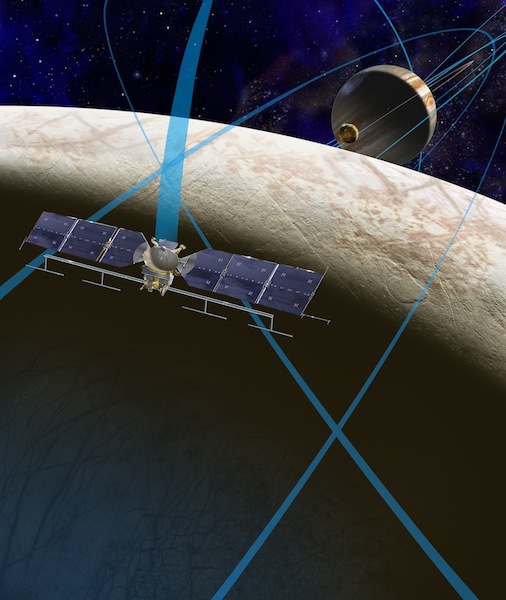 So what makes Europa special, given that in recent years we’ve found that other icy moons may have oceans and seas as well? Other moons at Jupiter—Ganymede and Callisto—probably have oceans deep within. Saturn’s tiny moon Enceladus spews water into space from geysers that emanate from an underground sea. Saturn’s largest moon, Titan, has seas of organic goo on its surface. But I consider that Europa’s ocean provides the best case for life because it is the most likely to have all three ingredients for life, for long enough for life to have developed.

Of course, there is a huge difference between acknowledging the possibility of life, and actually finding it. Any life that exists on Europa probably would be completely different from life on Earth, and of independent origin. Finding life elsewhere would end our cosmic isolation: if there is other life in our own planetary backyard, then life is probably common throughout the universe.

These enticing possibilities are why I’ve worked for the past 17 years, along with colleagues who are similarly tantalized by Europa, to develop a spacecraft mission dedicated to understanding Europa. We will orbit Jupiter, as Galileo did, but this time, focusing in on Europa with dozens and dozens of very close flybys. The spacecraft will aim instruments specifically designed to divine and characterize Europa’s water and to uncover the secrets of its history.

It will take at least a decade to go from blueprints to getting actual data back. There’s a kid somewhere right now, hanging models of the planets from a bedroom ceiling, who will help to decipher whether Europa is everything I hope it is.