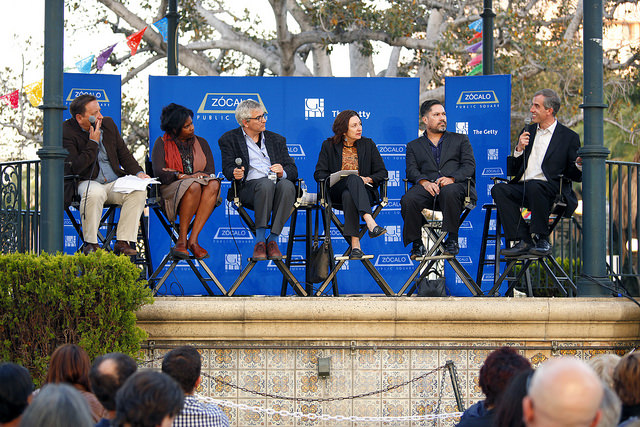 To better preserve its past, Los Angeles needs a better sense of its history—and the places that define that history, said panelists at a Zócalo/Getty “Open Art” event at the Plaza on Olvera Street.

The conversation, conducted under the band shell and the plaza’s Moreton Bay fig trees, offered details on the new HistoricPlacesLA.org, an online information and management system to inventory, map, and describe Los Angeles’ historic resources. Data is still being added, in part from an ambitious citywide survey of historic resources that is a partnership between the city, the Getty Conservation Institute, and the Getty Foundation.

Asked by moderator Saul Gonzalez of KCRW about the title question of the event— “Is L.A.’s Past Worth Saving?”—Bernstein, the historic resources manager, said that “we have gone well past that question in recent decades. The question is how do we do a better job of actually saving that past.” That starts with greater knowledge of that past, he argued: “You can only protect the past… if you know where those places are to begin with.”

The panelists lamented lost sites of L.A.’s heritage—the replacement of the Ambassador Hotel by public schools, the tearing down of author Ray Bradbury’s house, the loss of historic neighborhoods in Koreatown—but also noted progress. Bernstein said Los Angeles had the second largest program of historic districts in the country, and one of the most intact historic downtowns of any U.S. city.

“We’ve lost a lot, but we’ve also preserved a lot,” he said.

Novelist Hamilton, however, noted the power of developers and property owners, and argued for more preservation as a way of better connecting people in today’s city. Buildings that are preserved “are like these magic portals to the past, to what the city was like before.” She said preservation should go beyond buildings to beaches, hills and canyons. “We have lost the rustic feel of the beaches, our beach towns,” she said, adding, “The Hollywood Hills and canyons are being completely overrun by billionaires.”

George, the arts and culture columnist, said that, as a native of Los Angeles, the preservation of history is crucial to creating a civic memory and to her own navigation of a fast-changing place. “I am constantly trying to relocate my touchstones, “she said. “One of the reasons I started getting out of the car and walking was so I could be in the city again, and connect with the city and find those threads.” Such connections are about more than building; they can be about nature within the city. “There is something about having these sense memories of trees or bushes or flowers,” she said.

L.A. Weekly’s Romero suggested that gentrification in the city, for all its problems, could be a force for preservation. “Interest in preservation is increasing as L.A. neighborhoods gentrify and people find value in their communities,” he said. He also predicted tension between efforts to develop more affordable housing in L.A. and preservation goals. “You have this pressure to develop the inner city and create more housing, and yet you don’t want to tear things down,” he said.

Libros Schmibros founder and UCLA lecturer Kipen argued for various goals and standards for preservation. He suggested that at least one of everything should be preserved—even the first mini-mall and (in response to an audience question) the first McMansion, wherever those might be. He also proposed that “in order to tear down a building, you should have to erect some sort of monument or plaque that tells people what was there.”

But Kipen and the panelists also said that determining what is historic and worthy of preservation required a balancing of goals. Romero noted that the coffee shop Norm’s on La Cienega—a recent focus of preservationists—is “not that old. It’s the context. That’s representing the jet age and what L.A. was about for a long time.”

To that, Kipen quipped. “It takes other cities 200 years to have the same history we’ve created in the last 50 or 60.”

During a question-and-answer session, audience members posed specific queries about a variety of projects—restoration of the L.A. River, housing and preservation in Skid Row, development in Jefferson Park, and the possible move of the city’s Channel 35 into the Merced Theatre, L.A.’s first theatre, a stone’s throw from the event site. 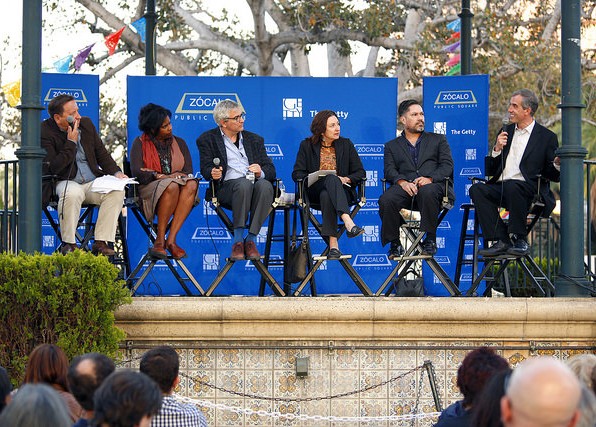 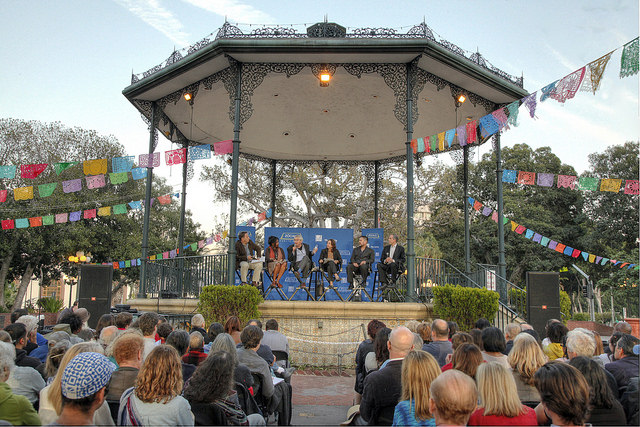 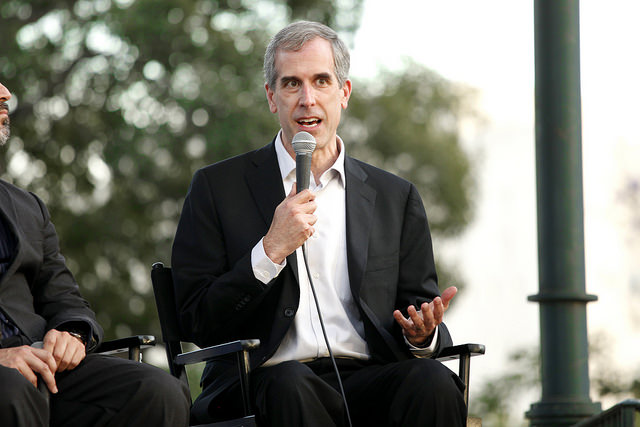 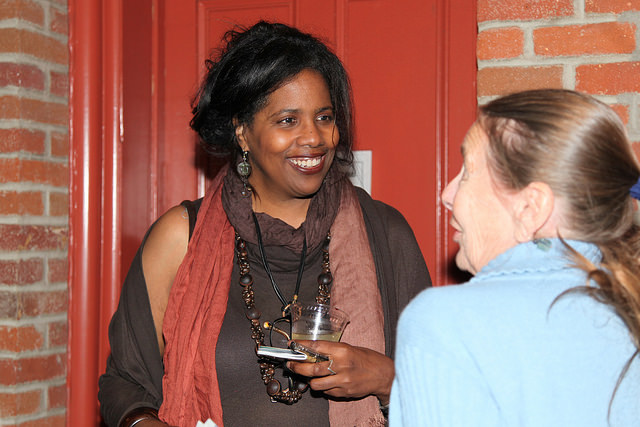 Lynell George, panelist and KCET arts and culture columnist speaks with guests at the reception 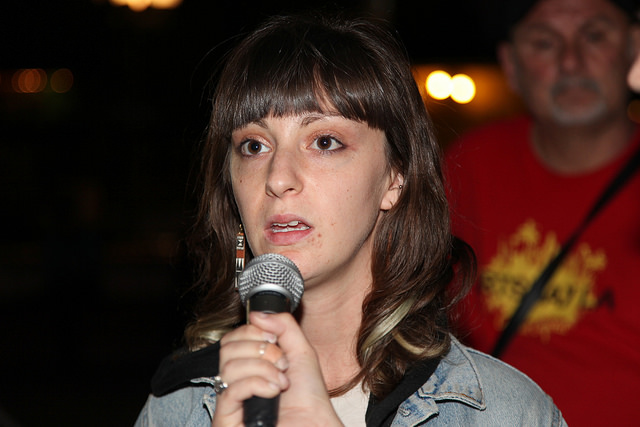 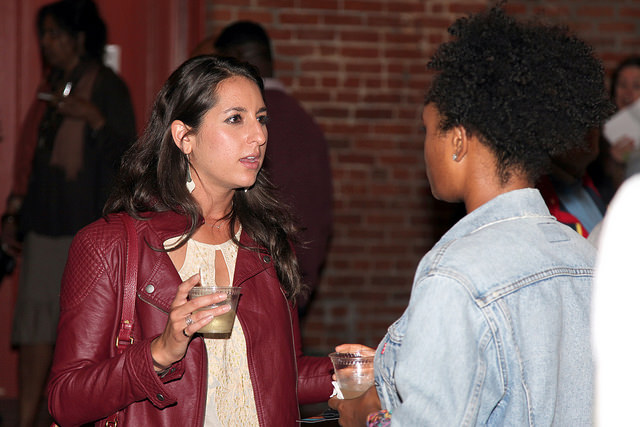 Guests enjoying the post-game reception at the Pico House