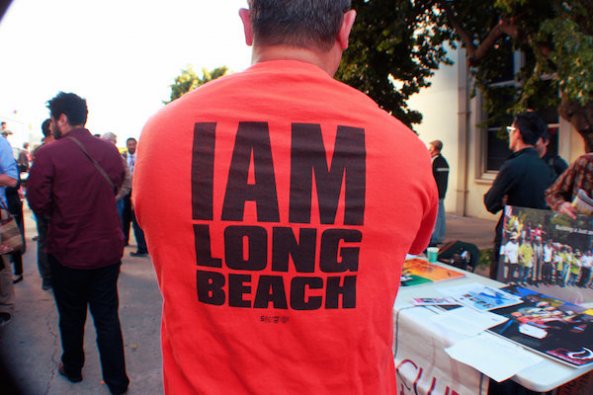 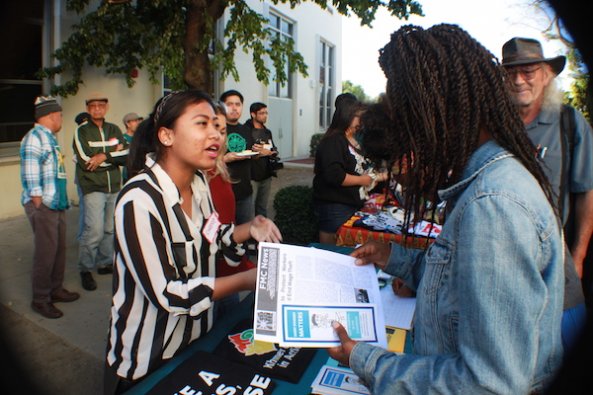 People visit booths before the event 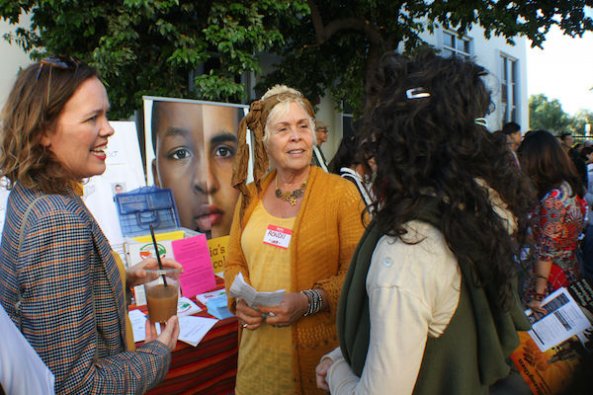 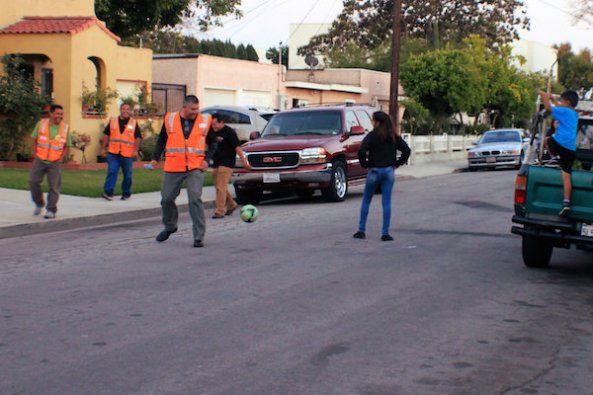 Trucking workers play with kids in the street 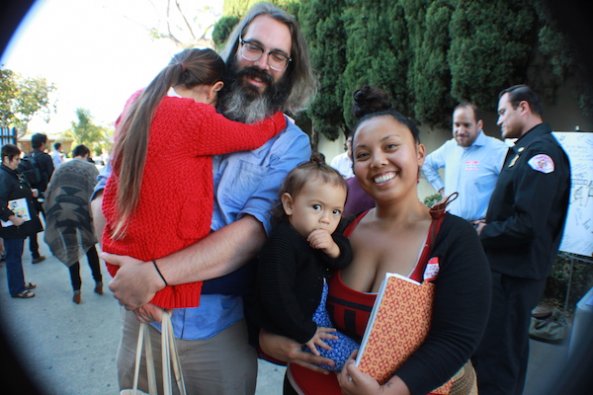 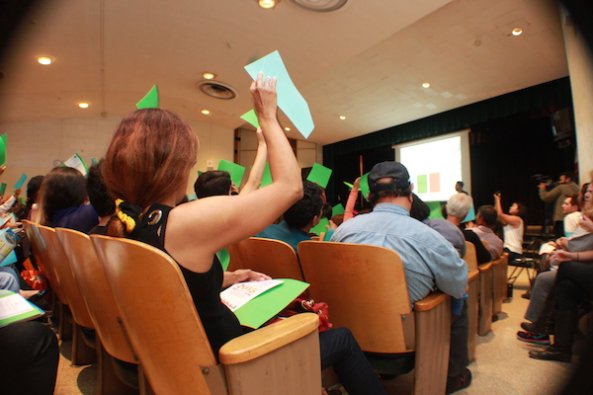 The audience responds to questions with different colored paper 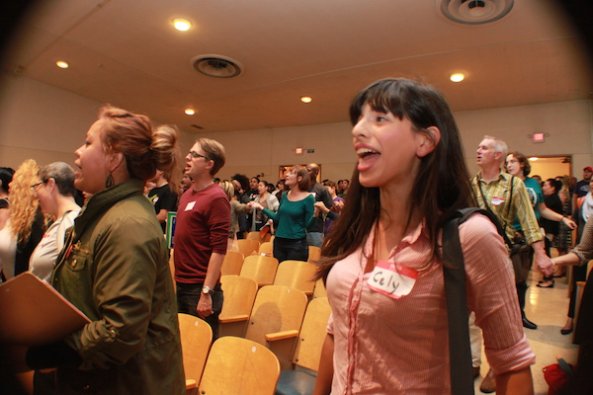 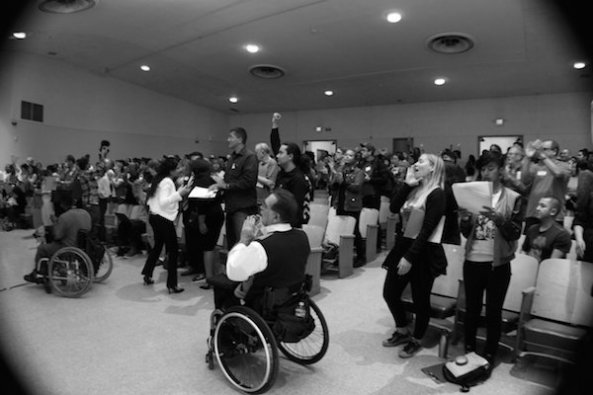 The audience of “People’s State of the City” 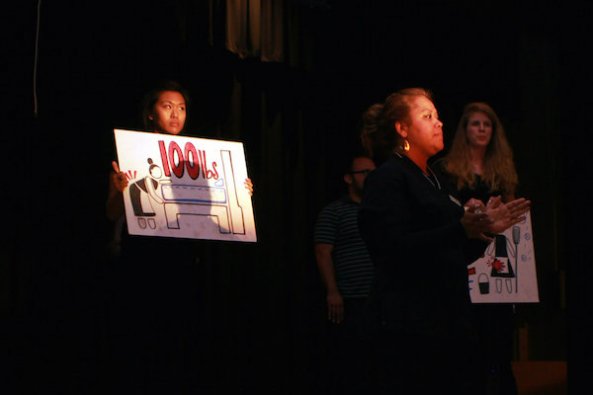 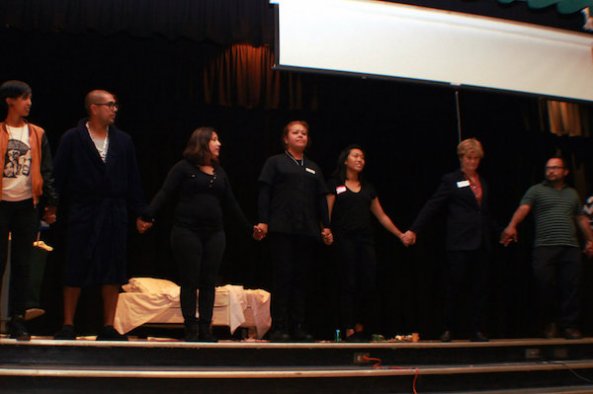 The president of the United States gives a State of the Union address. Governors offer speeches on the states of the state. Even mayors often deliver a state of the city.

This tradition of addresses—of officials, by officials, and mostly for officials—begs the question of what would happen if you let citizens define the condition of their communities instead. Would that generate fresh ideas about how to tackle the biggest challenges?

Long Beach Rising!, a civic engagement program run by a collection of local organizations, is trying to answer that question. On a recent Wednesday evening, the “People’s State of the City,” now in its 4th year, drew more than 450 people from across Long Beach to the auditorium of Stephens Middle School. Residents turned up to meet their neighbors. There was a mixer, with tables and food, held outside the school beforehand, and then everyone headed inside to listen and learn what’s going on in their city.

The theme of this year’s meeting was “Halfway Home, A Long Way to Go.” Speakers noted improvements in Long Beach, but acknowledged threats from inequality, violence, and environmental problems, like the ones posed by the extension of the 710 freeway. There was no big formal speech by any one person, but there were presentations hosted by representatives from more than a dozen local organizations on the wellbeing of Long Beach.

Anakbayan Long Beach, a Filipino rights organization, presented a video with accounts from residents of Long Beach’s 7th District who are concerned about violence in their neighborhood and the impending closure of an important charter school. There was also a theater performance that examined the challenging lives of hotel workers. It was clear these issues resonated with other citizens, as the crowd stood up to cheer, and tears streamed down the faces of some people in the audience.

Each year, the Long Beach People’s State of the City has grown. For many Long Beach residents, the event was the first time they have encountered a comfortable environment to learn about what’s going on in their communities—and to get connected with resources they might need.