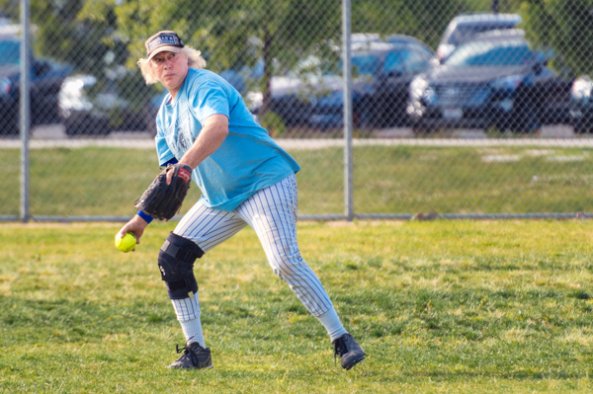 City of L.A. senior softball in the Sepulveda Basin in Encino 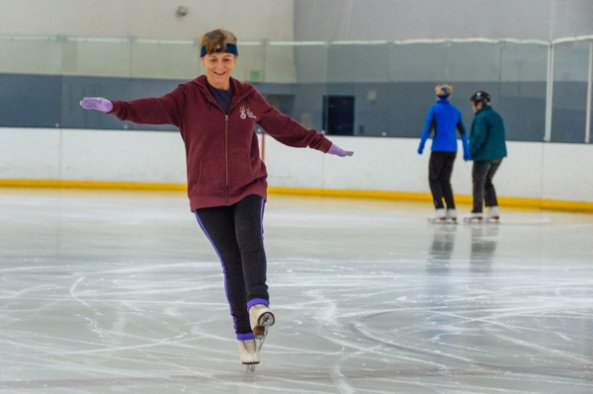 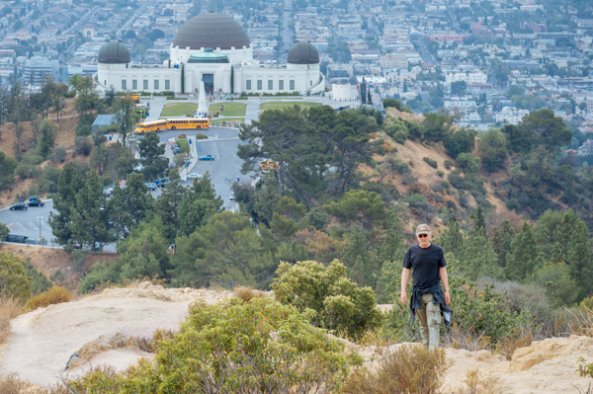 Chris takes one of the steeper paths up Mt. Hollywood in Griffith Park 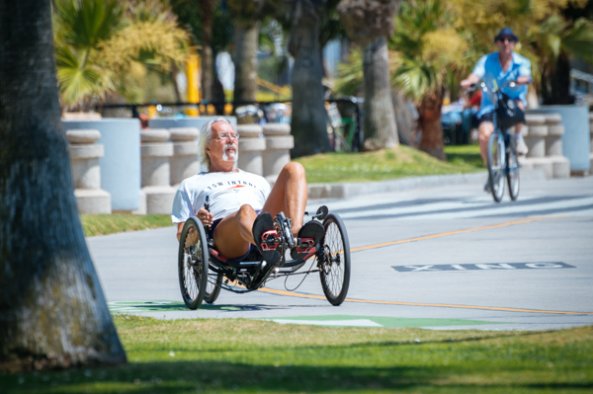 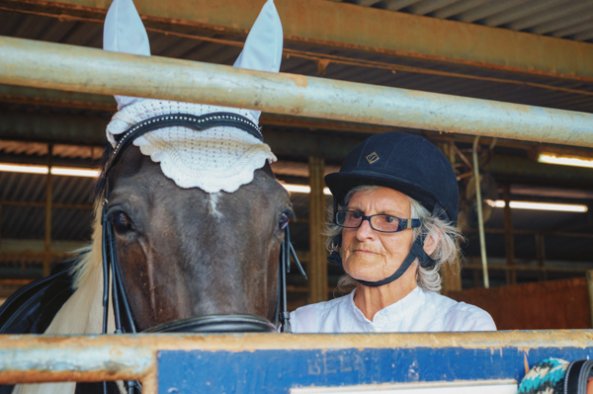 Carol Cunningham of West Hollywood during a riding lesson in Burbank 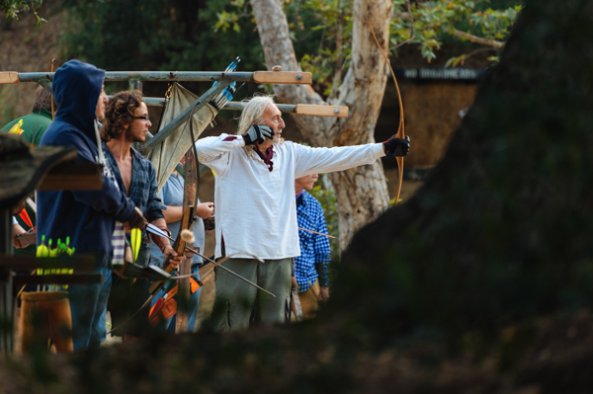 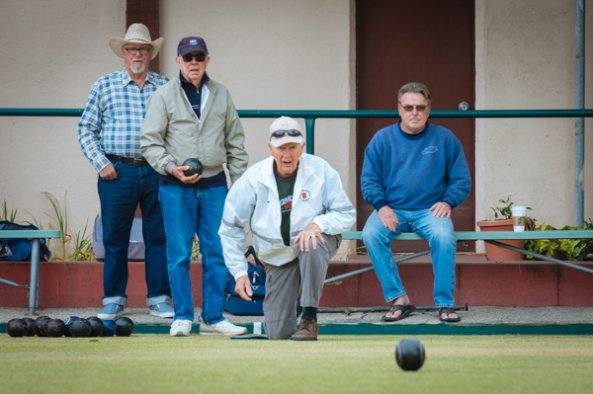 Members of the Pasadena Lawn Bowling Club at a morning game 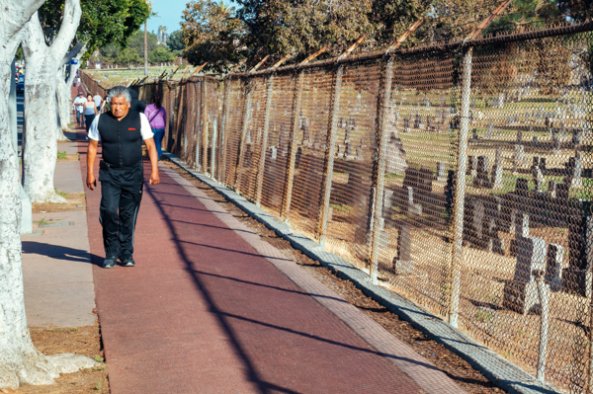 The popular exercise path around Evergreen Cemetery in Boyle Heights 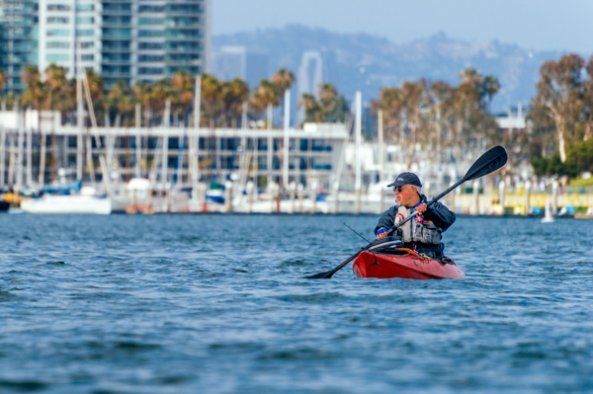 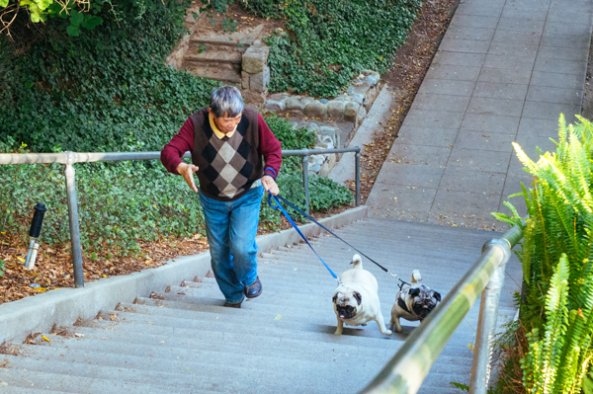 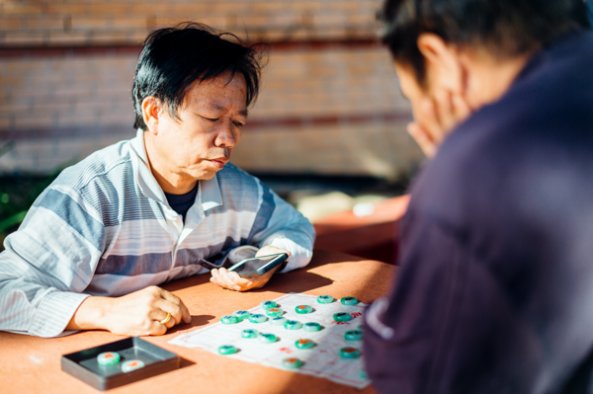 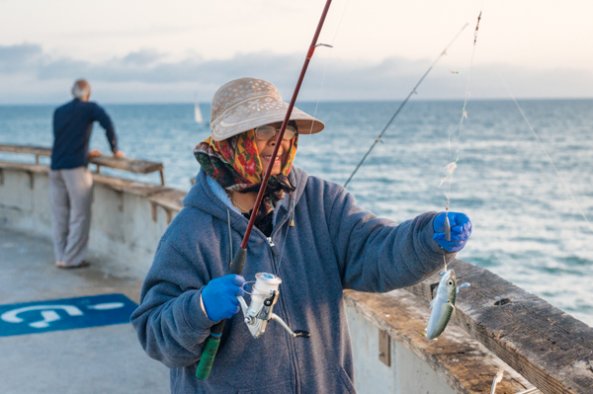 Beth Molnar of Pasadena has been fascinated with figure skating since she was a child. She returned to the sport seriously at 30 and now, at 66, is a regular at the Pasadena ice rink. “If I quit now, I’ll be too old to come back,” she said before a recent practice session.

It’s hardly news that staying active is one of the best things anyone—and especially seniors—can do for their health and overall well-being. Writing about the findings of a Journal of Physiology study published earlier this year, The New York Times put it this way: “… how we age is, to a large degree, up to us.”

The attitude that people shouldn’t let advanced age deter them from an active life is certainly reflected in recent headlines. The Rolling Stones, a band with members whose average age is 70.5, just kicked off a new tour at the Fonda Theater. In March, the L.A. Marathon had 521 runners or walkers who were 65 or over, including an 87-year-old man from Burbank who finished in just over seven hours.

You need not look far to find seniors at play in Los Angeles County. I took most of these photos, in fact, as I went about my daily business. The people, activities, and sports pictured here are just a sampling of the variety of ways seniors in our region get their exercise.

Every senior I talked to cited the health benefits of exercise as a reason for getting out and about. “It keeps my muscles moving,” Carol Cunningham, 70, said after her horseback riding lesson at the Los Angeles Equestrian Center in Burbank.

But they also zeroed in on another motivation in play when it comes to staying active. As one of the guys at the Pasadena Lawn Bowling Club told me: It’s important to fill the vast time provided by retirement with activities that keep you looking forward, that give you a reason to get out of bed, off the couch, and out the house every day.

A couple of people I photographed noted that we happen to live in a pretty good part of the country for recreation, given our abundantly good weather, public lands, and things to do.

An interesting note on demographics: It’s expected that by 2033 there will be more seniors in the U.S. than people under 18, according to the Census Bureau. But in L.A. County, 11.9 percent of our population is 65 or older—as compared to 14.1 percent nationwide.

One reason for the lower numbers of older people here is that many retirees leave California for cheaper taxes and real estate in Arizona, Nevada, and Oregon, among other places. That’s understandable. It’s also a bit of a shame that many people flee after failing to achieve the California dream that may have lured them here in the first place.

Luckily, some manage to tough it out. And they are duly rewarded. “I worked my entire life inside,” said Cunningham, who was a legal secretary for 40 years, while tending to Frenchy, the horse she leases. “It’s nice to finally be outside.”