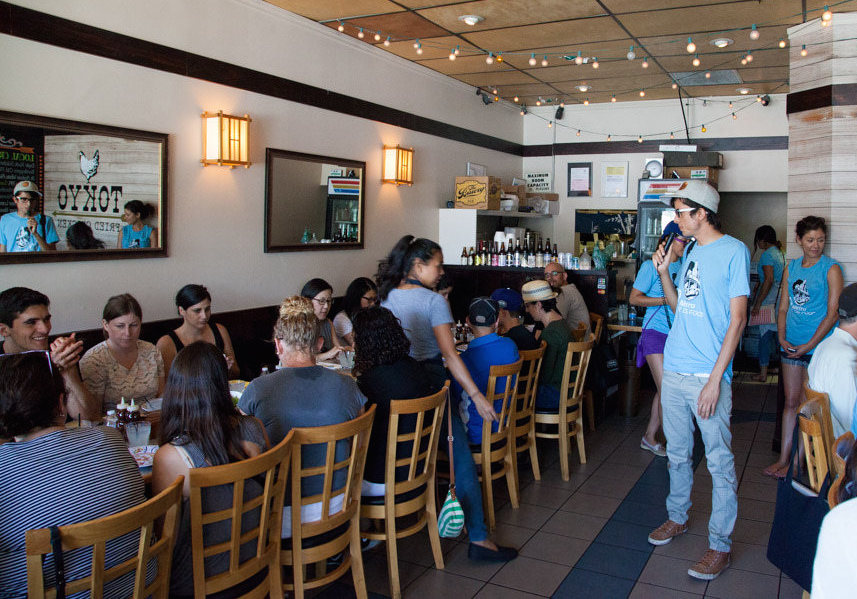 On a steamy Saturday afternoon in the San Gabriel Valley, families, groups of friends and co-workers, some adventurous solo travelers, and one person carrying a selfie stick gathered upstairs at Lucky Baldwins Pub (17 S. Raymond Avenue) in Old Town Pasadena. Amidst flat-screen TVs playing soccer and signs advertising beers from across Europe, devoted Metro rider and L.A. eater Javier Cabral (also known as “The Glutster”) explained to this crowd—all of whom had signed up to ride on Zócalo, Metro, and KCRW’s second Tour de Food—what they were in for.

You’re about to eat some of the “food I love in this city, especially this part of town,” said Cabral. “This part of town” was the section of the San Gabriel Valley from Pasadena to Monterey Park served by Metro’s 260 bus line, which begins in Altadena and terminates in Compton. Cabral, who grew up in East L.A., graduated from high school in Alhambra and attended Pasadena City College, knows the area’s food and public transit intimately. He said that after he turned 21, he frequented Lucky Baldwins for after-class drinks.

The group would be eating the pub’s “very traditional” fish and chips (made from Icelandic cod) as well as Craftsman Poppyfields Pale Ale. Lucky Baldwins general manager Jaime Brokken told the group that the restaurant and Craftsman, a local Pasadena brewery, had been teamed up since the pub opened in 1996. Cabral called the Poppyfields a “crispy, food-friendly beer,” and participants agreed.

Carrrah Flahive praised the batter on the fried fish and explained that she lives near Lucky Baldwins and had been coming here since college. Less familiar to Flahive was the coming bus journey; Flahive said she does not take Metro often. Fellow participants revealed a range of experiences with Metro’s system. A number of them had ridden years ago but not recently. Others generally stick to the train. TAP cards in hand, the group headed south along Fair Oaks Avenue and South Atlantic Boulevard on the regularly scheduled 260 bus, sitting amongst their fellow Angelenos (some of whom were napping) making their way around town in ample air conditioning.

About a half hour later, the tour disembarked in the heart of Monterey Park, amidst strip malls where every business was advertised in both English and Chinese characters. The destination was Tokyo Fried Chicken Co. (122 South Atlantic Boulevard), where American Southern meets traditional Japanese cuisine.

As the group feasted on truffle butter edamame, fried drumsticks, curry creamed corn, chicken rice, yuzu lemonade, and fried drumsticks doused in house-made ponzu and spicy ponzu sauces, Cabral explained that the plastic gloves next to everyone’s place setting were there because Japanese fried chicken, karaage, is typically served in small pieces and meant to be eaten with chopsticks. The gloves were there to keep hands from getting greasy (or burned by the piping hot chicken).

Between bites, participant Ira Klein said that while everything was delicious, it was the citrus-based ponzu sauce on the chicken that was his “killer discovery” of the day so far.

For Joni Yung, it was the truffle-flavored edamame. “I wanted to take that bowl with me,” she said. “That was the biggest surprise for me, because I’ve never had that combination before.”

And then it was back on the bus and heading north a few stops away to Ba Le (1426 South Atlantic Boulevard) in Alhambra, a no-nonsense Vietnamese bánh mì shop whose one nod to pretension was the Eiffel Tower silhouette featured in the lettering above the storefront.

“This place is really close to my heart because I’ve been coming here probably for 15 years,” said Cabral, who has never written about Ba Le because he didn’t want people finding it. He said that in high school, he would head there after school and “stuff myself with $2 bánh mì” made with homemade bread, mayonnaise, and charcuterie. “Not many places make their own mayonnaise,” said Cabral. “It’s pretty hardcore.”

Bánh mì have become a hot item today, with trucks across the city peddling more effete versions. At Ba Le, the sandwiches are a bit more expensive than they used to be (now they’ll run a hungry high school student $3-$3.50), but the place remains “really old-school,” said Cabral.

Participants enjoyed an assortment of sandwiches with meatball, barbecued pork, barbecued beef, and cold cut fillings along with passion fruit juice. One participant was overheard saying that if she were ever going to give up meat, she wouldn’t give up the pork at Ba Le.

“I love the fresh sandwiches and bread here,” said Liza Tucker, who was not only eating her first Ba Le bánh mì, but was also riding the bus in L.A. for the very first time. “It was quite comfortable, it was cool enough, and I rather enjoyed it,” she said.

“This is such a fun way to get to know L.A.,” said Joanne Kim, who lives in Koreatown. “I don’t come out to the SGV very often. This was such an eye-opener for me.” She was already plotting a return trip.

And then it was back to the welcomed air conditioning of the 260 and the final destination of the afternoon—dessert at Blockheads Shavery (61 South Fair Oaks Avenue) in Pasadena. Down a small alley off a main drag in Old Town, this location of Blockheads opened four months ago, joining West L.A. and Alhambra stores.

“We chose this place for dessert because this is a unique creation,” said Cabral. “It’s not quite ice cream and not quite Hawaiian-style shave ice. It’s its own thing.”

Blockheads owner Evan Lew called it “snow cream,” and explained that all Blockheads’ ices and toppings are made from scratch, and detailed how delicate shavings of ice are carved off blocks to form light, fluffy, snow-like shavings. Participants enjoyed original (lightly sweetened milk), green tea, black sesame, chocolate malt, and cantaloupe flavors of ice topped with everything from cereal and cookies & cream to lychee and mochi.

Participants agreed that they couldn’t eat another bite, but that they would be back to the places they had been—and on the bus, too.

“I loved riding the bus. It puts you more in contact with what’s going on, and it gets you out of your silo in the car,” said Diego Guerrero, who grew up riding Metro but hadn’t been on public transportation recently. He said that he appreciated the “holistic” nature of the tour. “It’s not just about food or Metro,” he said, but about “pushing your boundaries of what you believe to be the city of L.A.” 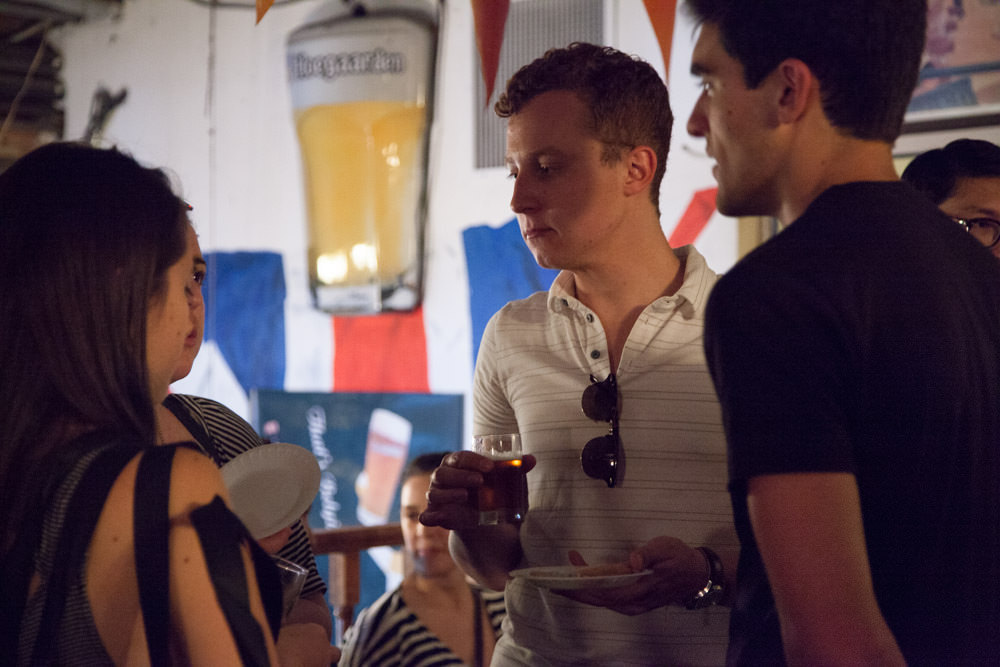 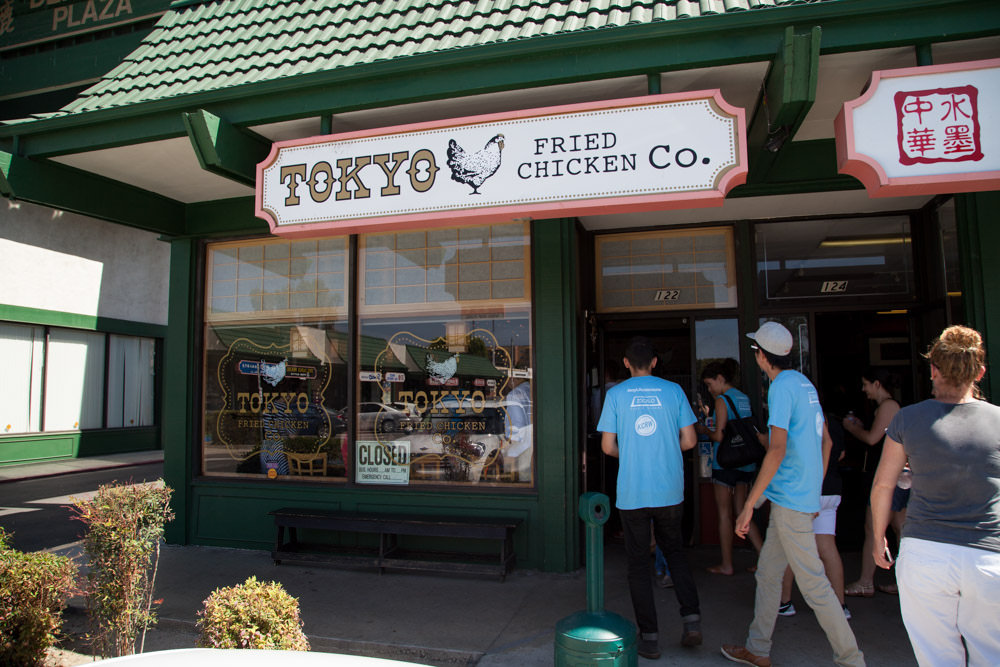 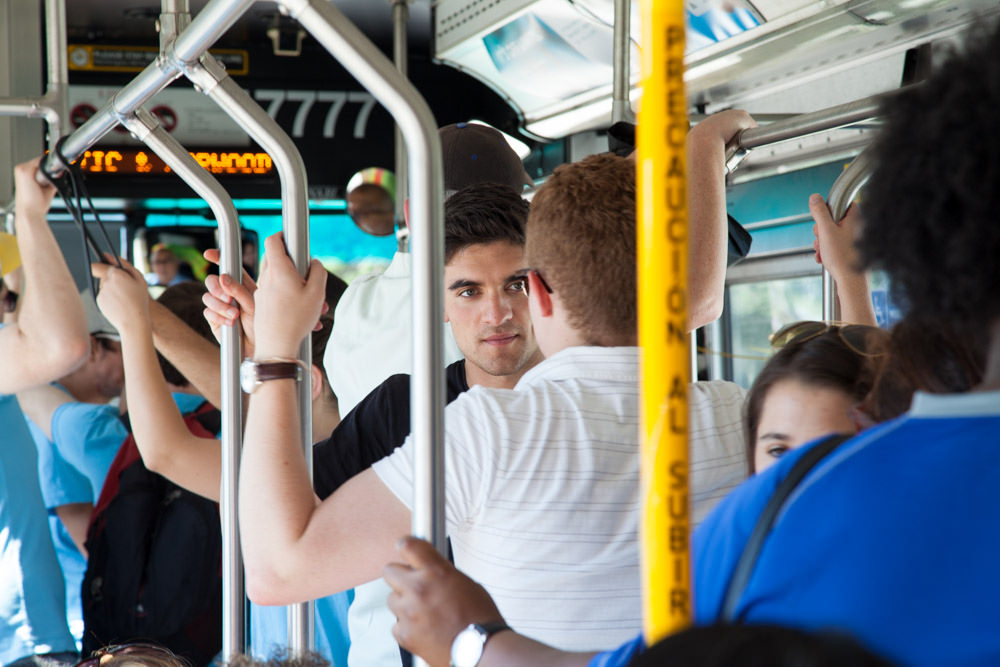 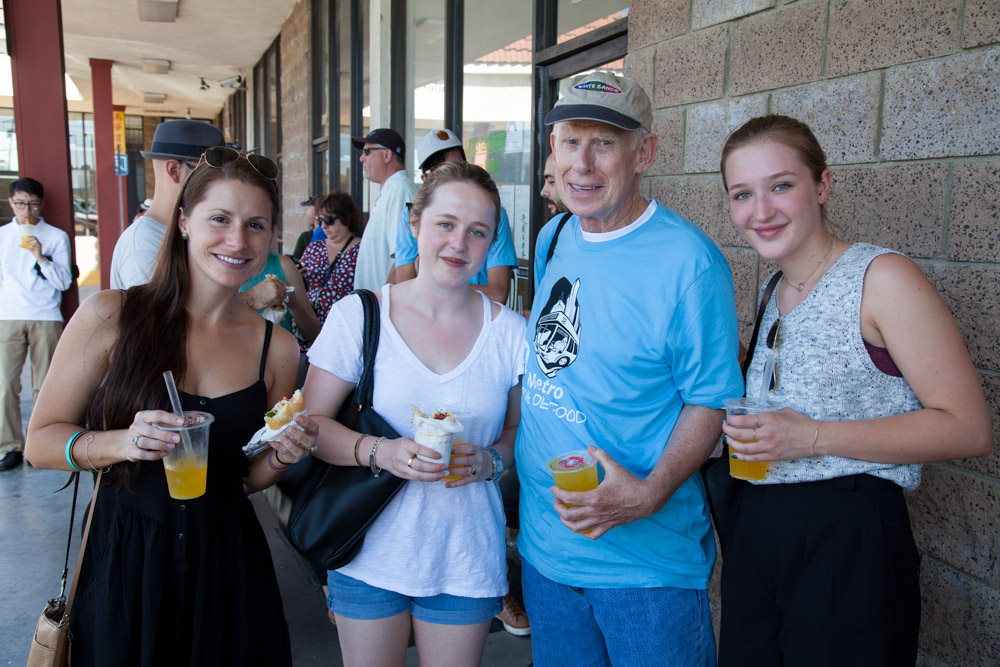 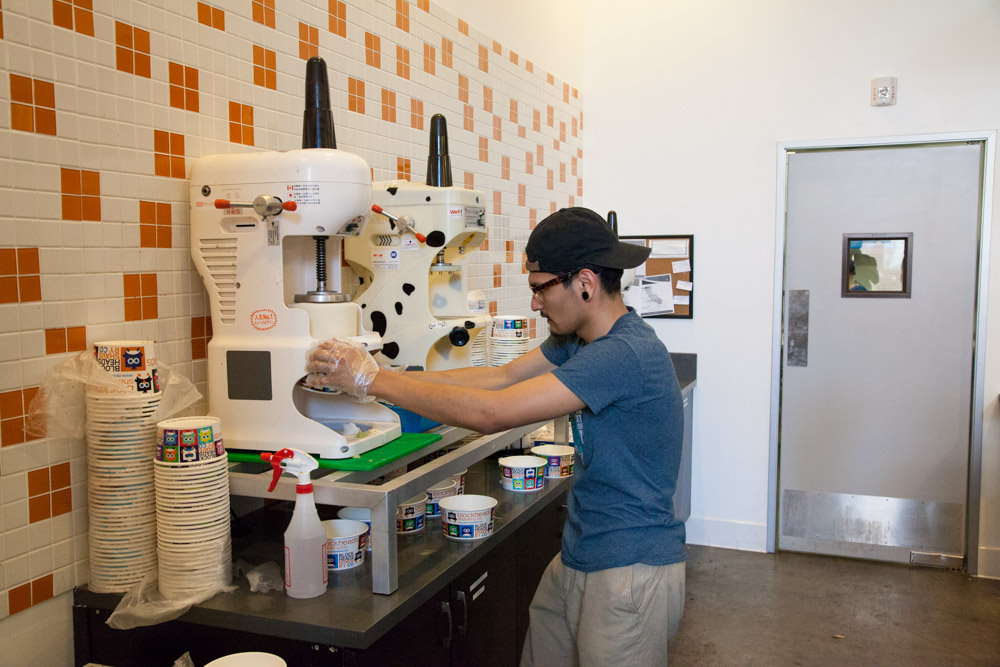 Blocks are shaved to form the fluffy, snow-like texture at Blockheads Shavery