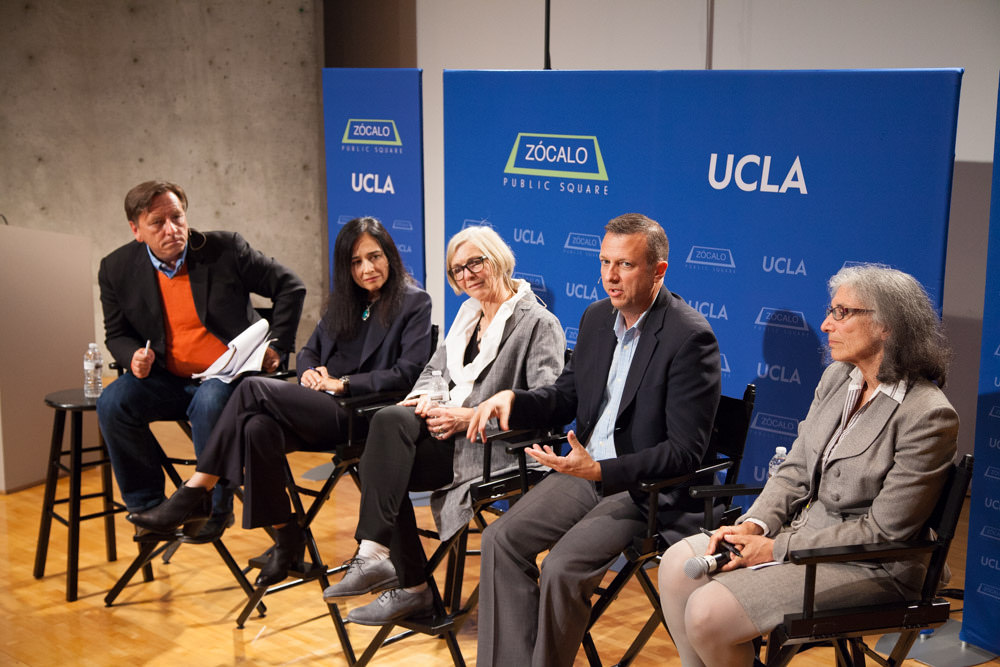 The term gentrification can be a catch-all word to characterize the arrival of hipsters, widely available wi-fi, and whites moving into neighborhoods of color. But at a “Thinking L.A.” event co-presented by UCLA, a panel of Angelenos who study and work to improve the city tried to hone in on how gentrification plays out on the ground—and how best to manage the forces that are rapidly transforming neighborhoods like Highland Park and Lincoln Heights.

The discussion before at a standing-room-only crowd at MOCA Grand Avenue produced a lot of knowing nods and sighs from audience members. An audible gasp arose when panelist Keith McNutt, the western region director for The Actors Fund, talked about 3,000 people waiting in a lottery for 55 affordable units.

KCRW News Producer Saul Gonzalez, the moderator of “Is Gentrification L.A.’s Next Defining Issue?”, started the lively conversation by asking urban planner Gilda Haas for a 30-second definition of gentrification.

Haas started with a disclaimer: “First of all, gentrification isn’t about hipsters and I’m sorry if there are some hipsters out here. It’s not about you.”

UCLA cityLAB director Dana Cuff noted that there are two issues with gentrification: housing affordability and neighborhood character. People who own property in a neighborhood that’s gentrifying always think the change is fantastic, while those who are renting or looking for new housing think that it’s terrible.

“The only part of me that’s optimistic about our city and all of its changes is it’s inevitable and that we have continuing engagement of public processes,” Cuff said.

“If we don’t engage with the planning and political process, it will happen in spite of us,” she added.

Former City Planning Commissioner and UCLA Luskin School of Public Affairs alumna Maria Cabildo echoed the point that there’s a need for long-time residents of gentrifying neighborhoods to join in the planning process.

Cabildo, who previously led the East L.A. Community Corporation, said the organization discovered that “gentrification is happening in a person-to-person transaction with single family homes. You can’t really intervene in that transaction. Can you really shame an African-American family who is selling their house in your neighborhood, making a huge profit and then they’re going to retire on that?”

For instance, she said, “If they allow industrial conversion, require that they have a high level of affordable housing.” She applauded a recent California Supreme Court decision that allows cities to make developers sell some housing at below-market rates.

McNutt noted that the larger pressures brought on by a lack of affordable housing can cause unintended consequences. For example, The Actors Fund—some of whose members make $25,000 or less per year—has been trying to build affordable housing in East Hollywood and improve a neighborhood with a 36 percent poverty rate.

“But what happens when we try to deliver those services?” he said. “Antennas start perking up … In 20 years, none of those families will live there anymore.”

He noted that stronger rent control and rent stabilization laws could protect low-income people from being pushed out in a challenging housing marketplace.

“I don’t think the answer is to put up bars and keep people out as much as it is a workforce issue,” he said. If “hipsters” or well-paid app developers are moving into a neighborhood and driving up prices, he said, “How come we’re not training kids who grow up here? … How come we’re not teaching them to participate in those great jobs?”

Gonzalez noted the antipathy towards some of the wealthier people moving into these neighborhoods and asked, “What are the missteps they make?”

Cabildo had a quick answer: “Columbus-ing—It’s like they discover our neighborhoods,” she said. Cabildo says she overhears people saying of a place like Boyle Heights with its rich history, “I discovered this neighborhood. The people are so nice.”

After the audience laughter died down, she added, “Don’t do that.”

But Cabildo also noted later that while arrogant hipsters are the most visible characters in the gentrification saga, people of all income levels are being affected.

Cabildo said she recognizes that when she moved to Eagle Rock 12 years ago and converted a triplex into a single-family home, she displaced Occidental College students. “Middle-class Latinos are not going to Whittier Hills like they used to,” she said. “They think, ‘Maybe I’ll move to El Sereno.’”

During the question-and-answer session, a woman who was on the land use committee of her neighborhood council asked what laws could be changed to bring more fairness to the process of gentrification.

Haas suggested the Ellis Act, a state law that allows landlords to evict tenants under certain circumstances, should be repealed—or at least be more stringently enforced so that landlords actually follow through and take units off the market as promised. She added that she would also ask the city to stop giving out any more permits for luxury housing until the affordable housing needs were met.

“That will keep you busy,” she said. 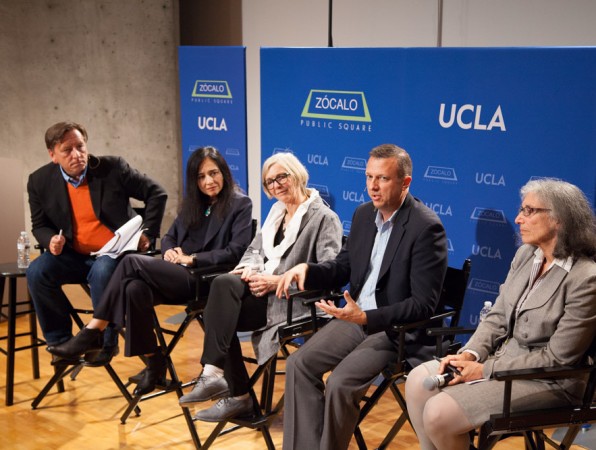 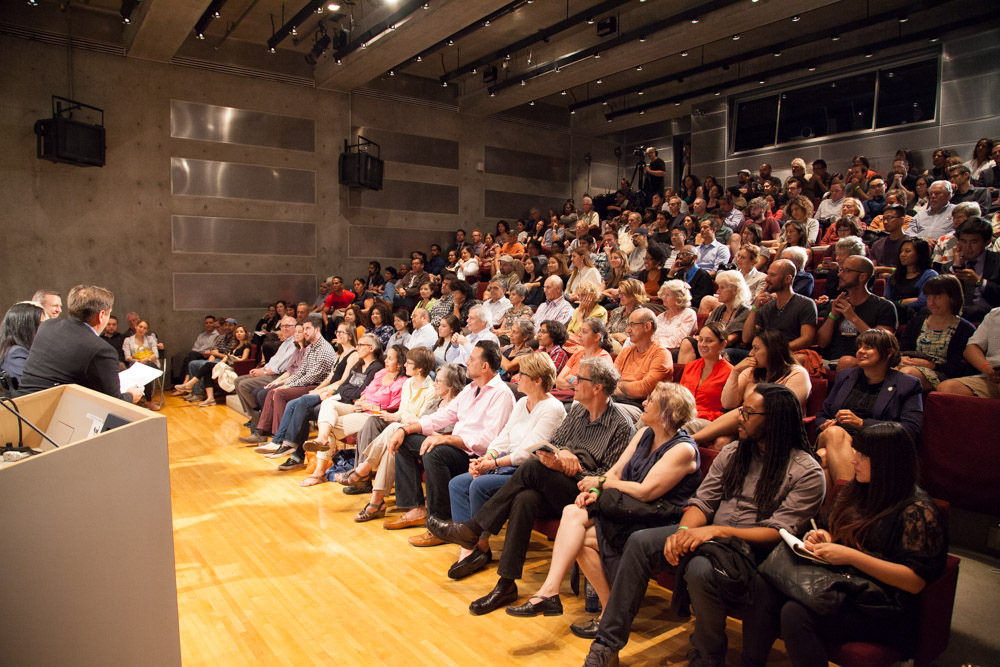 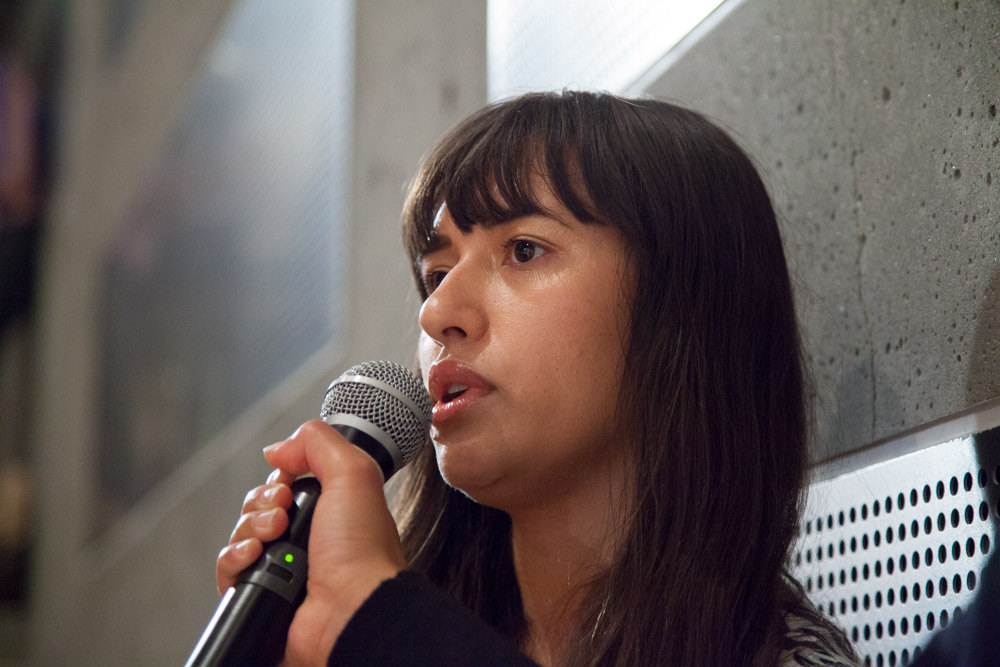 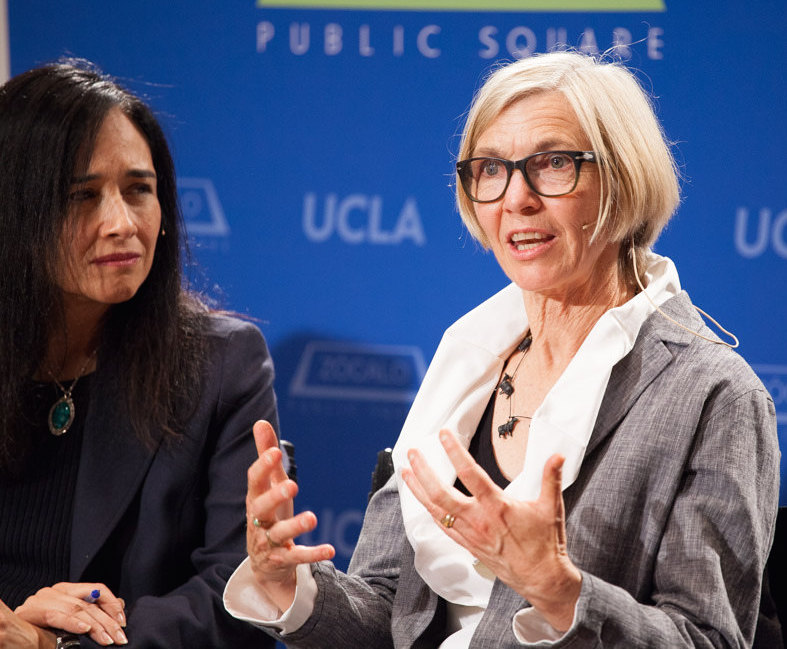 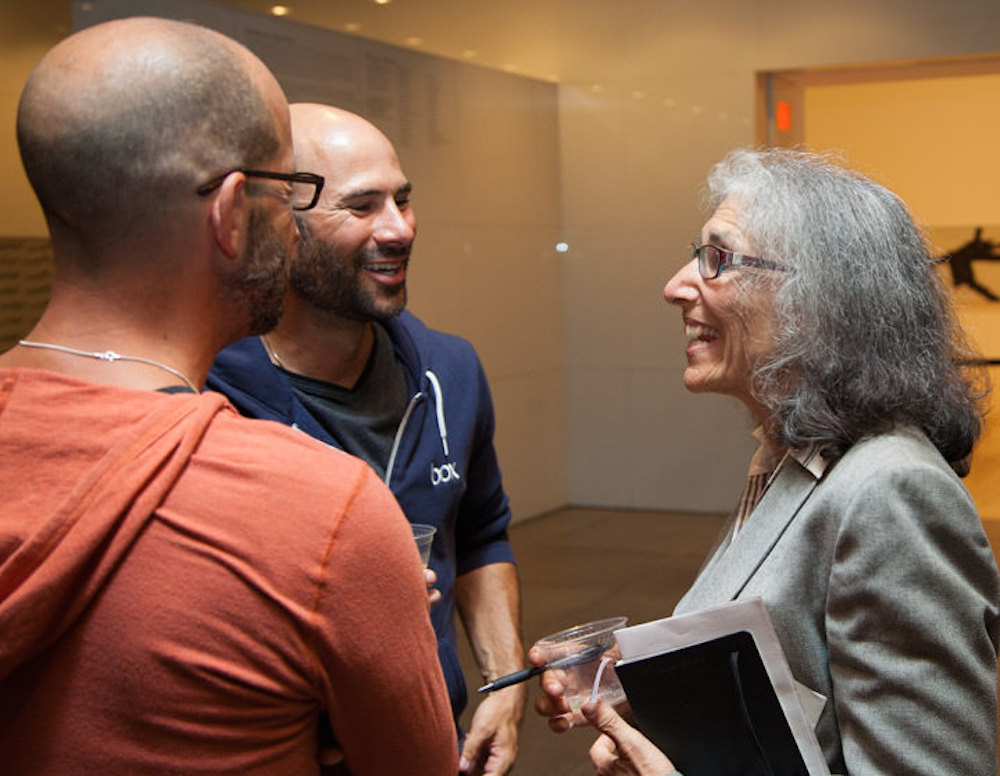 Urban planner and panelist Gilda Haas with guests at the reception 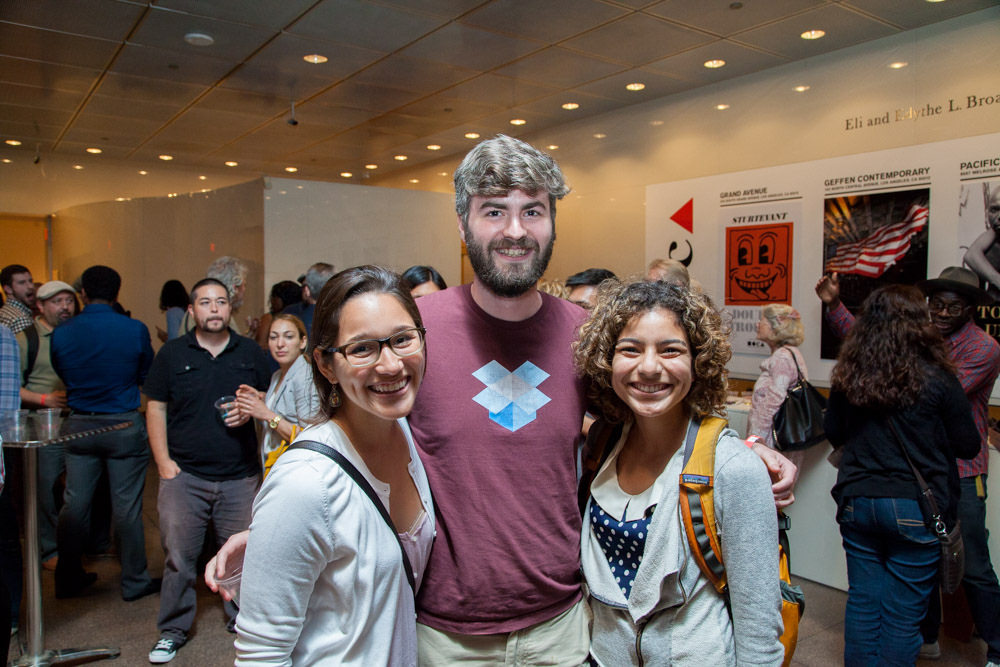