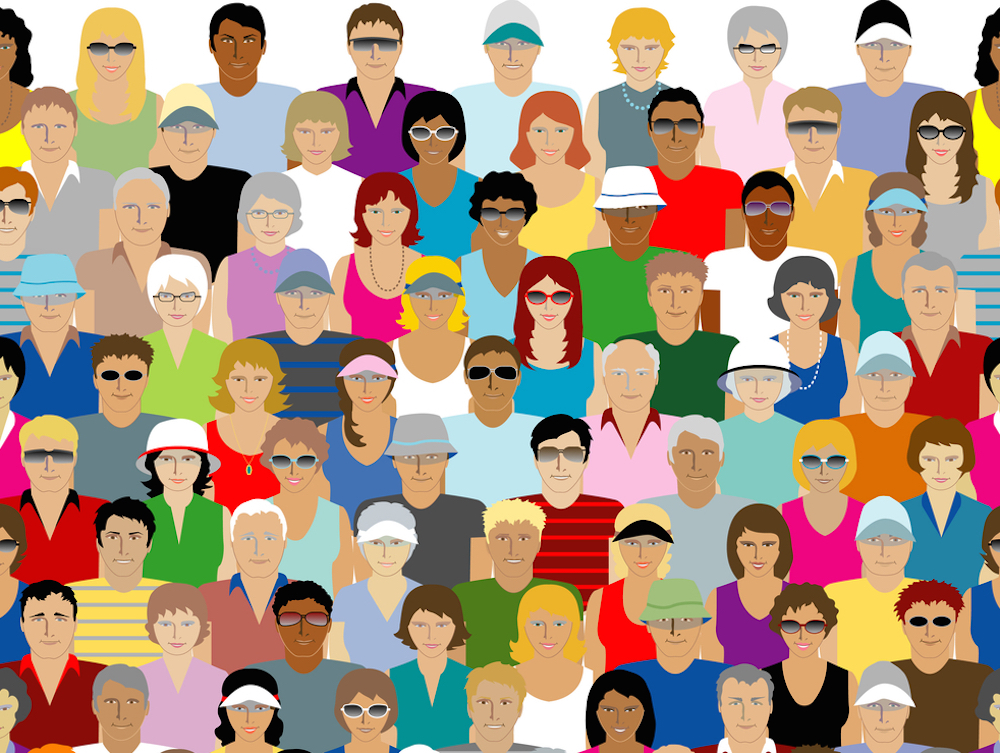 It was like being in a foreign country. Having never lived anywhere but California, I arrived at Brandeis University in the 1970s to study gerontology and geriatrics. I was a grandson of migrant farm workers, a polio survivor, and one of the first Latino students from the Southwest to attend a Boston-area college.

I found myself assigned to interview retirees in New Hampshire as a part of a survey of long-term care facilities. The subjects were Anglo, God-fearing, patriotic men who found it strange for a young disabled Latino to inquire about their personal lives. I later learned that the Brandeis faculty also had qualms about sending me into this uncharted territory. However, after shooting pool with me, these elderly gentlemen invited me for a snowmobile ride (my first-ever). We were soon like good friends, and thus the surveys were completed successfully.

Looking back now, I can see this experience was a prescient microcosm of one of the greatest challenges America faces today: addressing the sometimes conflicting needs of the two fastest growing population segments in the country—the elderly and ethnic minorities. It also shows us how California can lead the way

The U.S. is facing two key milestone years: In 2030, the last of the aging baby boomers all will have turned age 65, and in 2045, we will have become a majority-minority nation. The U.S. Census Bureau projects that in 2044, non-Hispanic whites will drop below 50 percent of the population, and Hispanics—America’s largest racial/ethnic minority—will surpass 25 percent.

These years can be benchmarks by which to measure how we respond to a changing demographic landscape. Between 2015 and 2055, the Latino population will double in size, from 56.8 million to 112.3 million. In the same time period, the number of adults over 65 will have nearly doubled (from 47.8 million to 92.5 million), creating the largest “senior citizen” group in our history. Fifty-seven percent of those individuals will be non-Hispanic white, and 21 percent will be Hispanic.

What does this mean for the future of our country? Will fear and insecurity create racial discrimination and ageism, or will we have the foresight to prepare for, invest in, and embrace this new America?

The current state of our political discourse isn’t promising. Social Security could become a defining issue in the 2016 election. Its solvency hangs over politicians and the public on both sides of the debate. Immigration reform, meanwhile, is stuck in limbo, hampered in part by an undercurrent of nativism. Are we destined to forever have these conflicts, or can we find common cause, accept the reality of the demographic changes, and use them to our advantage? I believe my personal journey, and recent California history, provide insight into the path forward.

My mother, the daughter of Mexican immigrants, raised nine children on her own in Salinas, California. We were fortunate to have the benefits of public housing, a robust social welfare safety net, and of course, a mother with strong values. As a result, all nine of her children are college graduates with professional careers. If there is a message in our personal journey, it is to recognize and accept that America is a nation of immigrants, and the true task will be to adapt to a future, which holds the promise of reconciliation rather than generational and racial conflict.

I saw first-hand how my grandmother (who came with her family to California fleeing the Mexican Revolution) and mother faced discrimination, and now that I am an “elder,” I have seen how the Mexican community here acquired political and economic influence over the past half century. Yet I also see how other parts of the country (particularly New England, the Midwest, and the South) are only now coming to terms with waves of immigrants and facing the discomfort we once had in California.

We faced immense struggles (deportations, riots) in adapting to constant demographic shifts, but over many years, Californians became accustomed to change. California, which became a majority-minority state by 1999, continues to be a harbinger for the nation. Our struggles with propositions 187 (to deny social services to undocumented immigrants) and 209 (to end affirmative action) galvanized undocumented persons to naturalize and vote, giving impetus to a powerful set of Latino and Asian elected officials. California is the world’s seventh largest economy in part because of the interconnections of its immigrant groups. The Korean, Persian, Central American, Mexican, Chinese, and Armenian diasporas in California are second in size only to their home countries. These and other factors can show the nation (and older voters) that notwithstanding unsettling demographic trends, in time, regions can and will benefit from the presence of these groups.

With time, acculturation, and intermarriages, we have reached an equilibrium where a majority of Californians today feel that immigration is good for the state. This gives me hope that, as immigrants assimilate, the rest of America can adjust and adapt to these demographic changes.

Indeed, demographics suggest that America will be forced to adapt. Anglos make up 76 percent of baby boomers, a large proportion of whom will require long-term care assistance, whether in institutional facilities or at home. A rising percentage of their caregivers (currently 27 percent) are minorities and immigrants.

And it’s not just the caregiving where these two groups will have to learn to work with each other: As these same baby boomers sell their homes, who will the buyers be? The aging Anglo population is having fewer children. But will the growing, younger minority populations have the education, jobs, and financial resources to buy those homes?

The United States is aging, but with fertility rates above replacement levels, thanks largely to Latinos and Asian-Americans, many of whom live in California. These groups have been able to acculturate thanks to a civic culture that fosters engagement in our democratic processes. In turn, Latino culture and Asian economic investments enable cities such as Los Angeles to remain viable, and the cultural infusion of foods, new ideas, popular music, and capital investments keep the our country and state vibrant.

We must recognize that all Americans have a common stake and self-interest in our mutual success. As I learned in working with New Hampshire retirees decades ago, by drawing on our personal backgrounds, understanding individual concerns, and appealing to our good sense and compassion, we can forge unlikely bonds with one another.

Now is the time to make this compelling case to the baby boomer generation. I know that my children and grandchildren will grow and age in a nation that is much different than it was in the last century. By embracing and supporting who we have been and who we are becoming, we can be confident that America will continue to prosper and be a beacon for the world.