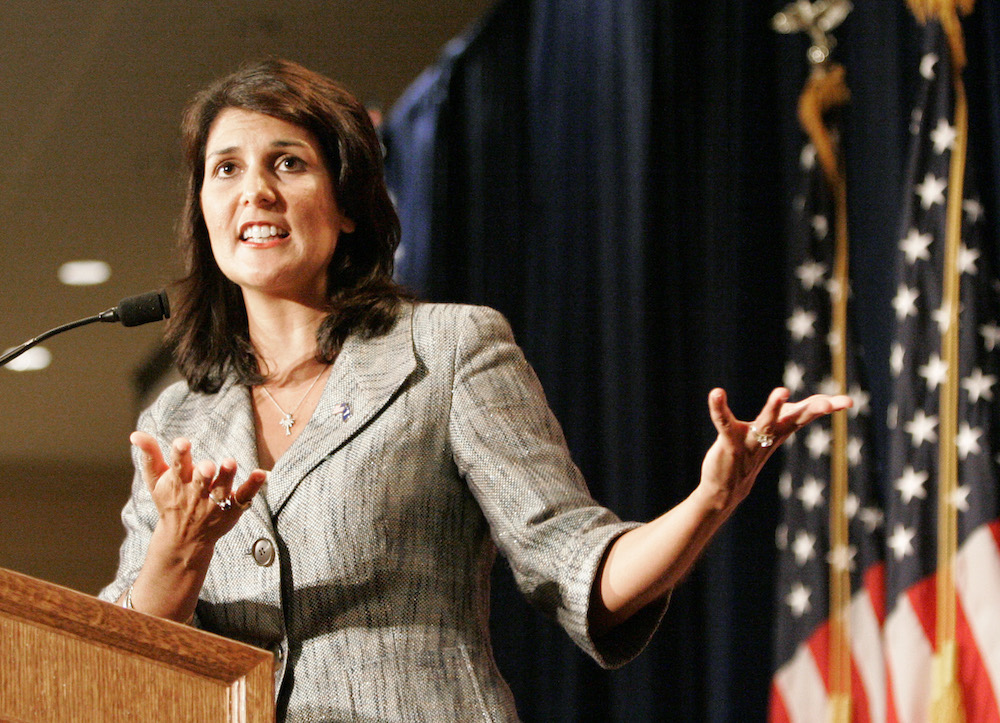 The most striking aspect of the Bamberg, South Carolina, grade school class photo (circa 1980) is not the nine black youngsters scattered among the 23 white pupils. Bamberg schools had been integrated under a court order roughly a decade earlier. Rather, the real eye-catcher in the shot is the girl with the flowing black hair and skin only slightly lighter than that of some of her African-American classmates. A few years earlier, at age 4, this little girl and her sister had also stood out among the contestants at the annual Miss Wee Bamberg Pageant where, in the wake of school desegregation, it had become the practice to crown both a white and a black winner. Though she seemed irresistibly huggable in her ruffled dress and black patent shoes, there would be no crown for contestant No. 40, for she and her sister had introduced an unforeseen and unwanted element of racial ambiguity that left pageant officials fearful that neither the white or black parents in the audience would accept the two little brown-skinned daughters of an immigrant Sikh couple in their racial category.

What may well prove to be the most striking of all the many ironies in the life and career of Nikki Haley, born Nimrata Nikki Randahawa, came when, at her mother’s request, she was at least allowed to perform her talent number, a very capable rendition of “This Land Is Your Land.” Anyone searching for a compelling visual testimony to the brutal absurdity of the American South’s racial obsessions surely need look no further than the photo of little Nikki on the pageant stage, clutching the wrapped package containing the fittingly deflated beach ball that she and her sister received as what she later called their “disqualification” prize. Surely no one in attendance that night, save, one senses in retrospect, perhaps the little girl herself, could imagine that some three decades later, Bamberg would boast four signs welcoming motorists to the “Home of Nikki Haley, Governor of South Carolina.”

It is tempting to see a story of both personal triumph and regional redemption in the meteoric political ascent of this woman who was born an “other” to blacks and whites in a society where skin color really mattered. Yet contrary to deep-seated liberal presumptions, Nikki Haley has proven to be anything but the empathetic, compassionate champion of minorities and women that her background seemed almost to mandate. Instead, growing up almost astride the color line appears to have quickly shown a savvy young woman like Haley which side of the racial divide offered the better prospects for fulfilling her ambitions. The same was true of the partisan divide as well, for South Carolina was already an established GOP stronghold when she entered the 2004 primary, where she stunned the pundits by knocking off the longest-serving incumbent in the state House of Representatives before sailing unopposed in an overwhelmingly Republican district through the general election to take her seat as the first Indian-American member of the South Carolina legislature.

Six years later, in a campaign marked by persistent rumors of her marital infidelity and a fellow Republican’s reference to her as an “[expletive] raghead,” Haley not only dispatched three better-known primary rivals on the way to become the first female and non-white occupant of the governor’s mansion, but she also won praise from national Republican leaders like Sarah Palin, who called her “the proud daughter of immigrants who worked day and night to achieve the American dream.”

Truth be told, Nikki Haley, an early Tea Party favorite, has hardly proven herself a friend of immigrants, or people of color in general. She has opposed a pathway to citizenship for undocumented immigrants, and, as governor, she championed a new law requiring state-issued photo I.D.s for all voters. Despite her state’s large indigent (disproportionately minority) population, she refused the Affordable Care Act’s offer of increased Medicaid funding, flatly declaring, “We will not expand Medicaid ever.” On the other hand, Haley is just fine with forking over lavish public subsidies to new employers who also have the governor’s personal assurance that “we’d rather die than have unions here.”

Indeed, Haley stands shoulder to shoulder with other Deep South governors in their longstanding and unwavering faith in bringing in new industry at any cost. Forced increasingly to weigh their obligations to preserve segregation against the development imperative as civil rights pressures mounted, the balance began to tip in favor of the latter in the 1960s, when concerns about the potentially harmful effects of racial tensions on business development helped to pave the way for the initial desegregation of public schools and other public facilities and accommodations. A similar consideration has factored heavily in more recent disputes over removing the Confederate battle flag from state property or excising it from the flags of several southern states.

In South Carolina, that flag might still be flying atop the state capitol had a torrent of threatened economic and tourist boycotts and pressure from the state’s business community not forced the legislature 15 years ago to at least move it to the capitol grounds. Though this placement was still far from satisfactory to most black South Carolinians, Governor Haley had shown no public inclination to move against it until the cold-blooded slaughter of nine African- Americans inside their Charleston church by a Rebel-flag-worshipping gunman became both catalyst and premise for a step that southern political leaders had been at once eager but too timid to take. The flag issue has long been the proverbial elephant not simply in the room but squarely astride the shoulders of southern GOP governors and congressmen, not to mention business leaders. 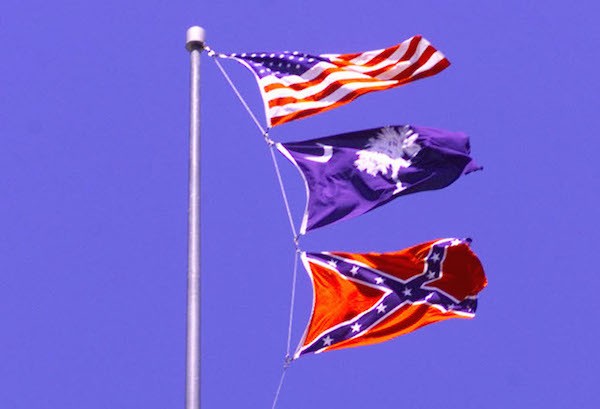 April 6, 2015. The American flag and South Carolina state flag fly above the confederate flag at the statehouse in Columbia, South Carolina.

Not only did the flag pose a threat to party unity, but clinging to such a divisive and seemingly hostile and provincial symbol is hardly indicative of a cosmopolitan state or community ready to welcome global companies and their employees. Make no mistake about it, the moves by Nikki Haley and her counterparts in other southern states amounted in no small sense to what a proponent of ditching the Confederate insignia on the Mississippi state flag once called a “strategic business decision.” Without questioning the sincerity of their expressions of horror and grief over the Charleston tragedy in the least, distancing their state and their party from what so many see as an emblem of hatred and persecution seems to have a huge upside for southern Republicans, especially those with national political ambitions like South Carolina’s Senator Lindsey Graham or perhaps even, its governor as well.

Newsweek’s decision in July 2010 to herald Nikki Haley on its cover as “The Face of the New South” may have startled some at the time, but this has become a common trope in recent days. Its aptness, however, rests not in Haley’s skin color or gender but in her politics, which epitomize the GOP’s gradual shift over the last generation or so away from its old blatantly racialized “southern strategy” to a new, ostensibly “colorblind” but hardly race-neutral conservatism anchored in a coldly pragmatic, pro-corporate worldview.

All of that said, albeit 150 years too late, the move by Haley and other southern leaders to finally furl the Confederate flag is a welcome one nonetheless. History, after all, offers too few examples of right things done for precisely the right reasons to afford us the luxury of being picky.