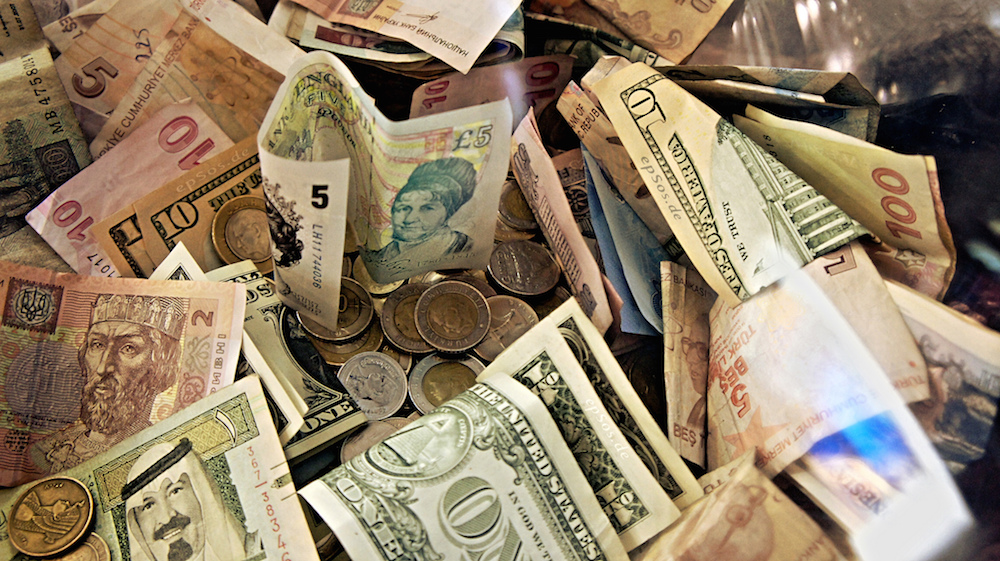 Greek negotiators and their European counterparts have blinked, having tiptoed up to the cliff of European disunion, looked down, and decided not to take the plunge. Global markets have collectively exhaled in relief as a result of a deal announced Monday that buys Greece more time to turn things around and pay its debts.

What’s depressing is that we will likely see this drama play itself out again, as we have before, whether or not the actors on stage are Greece and the European Union or some other over-indebted nation and its creditors. There may be elements to this story that are particular to the dynamics of the Eurozone, to be sure, but there is a more fundamental, less discussed, problem that needs resolving: the excessive reliance of nations on debt as a means of financing their development.

The Greek debt crisis is so similar to other debt crises of the past it’s haunting. Developing countries load up on loans from over-eager banks and other creditors based on rosy growth projections that do not materialize. Unable to meet their repayment obligations, they default or seek debt forgiveness. If the crisis is big and systemic, other governments and multilateral financial institutions (in this case, the European Central Bank and the International Monetary Fund) bail out banks trying to prevent a financial crisis that may cause large economic disruption. Pundits on both sides make loud noises. There is a usually a “moral hazard” camp arguing against any bailouts, opposed by an “extraordinary times require extraordinary measures” faction eager to do what it takes to avoid ruinous financial contagion. Rewind, pause, repeat. The pattern is all too familiar and a bit too frequent.

The fundamental problem is an excessive reliance on debt as the method to finance public spending. Such inflexible IOU’s shouldn’t be the only means available for sovereign nations to raise capital to invest in their growth and development. Like enterprises in the private sector, sovereign states should also be able to raise equity funding, which involves selling a stake in their future to investors eager to participate in, and benefit from, their success. This would give these states more room to maneuver when times get tough, and give their creditors a better return when things go well.

Consider the differences between Greece and Uber. If Uber wants to raise money to finance its expansion, it can go to a bank to seek a loan, or it can sell that equity stake to investors willing to share both the upside and downside risk, aligning their interests with those of the company. Short of selling shares in individual state-owned enterprises, there are surprisingly few avenues for sovereign nations and investors to partner up, and there is no good reason for Uber and other start-ups to have more financing options than an emerging sovereign nation does.

A traditional loan requires a fixed repayment, regardless of circumstances. Sure, different borrowers, including governments, pay different interest rates depending on their track record and prospects, but essentially once a debt is contracted, they do not repay more if outcomes exceed expectations, and their liabilities aren’t diminished if things sour. Lenders have generally looked to government debt as a relatively safe, conservative investment, which is why so many pension funds and individual investors in this country choose to invest in municipal bonds and Treasury bills.

That’s the theory, of course, but as the Greek case shows, the international financial system has gone too far in privileging debt over other financing options, with utterly predictable results. Once again, creditors and borrowers—not to mention the people of Greece and elsewhere in Europe who weren’t in on the decision to enter into these agreements—are entangled in a messy, time-consuming, and destabilizing drama emanating from a supposedly unimaginable default. Equity-like deals, where investors fully become invested in a country’s fate, are often made only after a costly default process, when some investors acquire “bad debt.” The value of the bad debt can rise and fall dramatically, depending on a nation’s performance. For instance, after defaults by Latin American countries, such as Argentina, in the 1980s, these countries’ old debt obligations were swapped for what were called “Brady Bonds,” which allowed investors to trade the debt for other financial instruments at deep discounts from their contractual values. The market values of Brady Bonds rose and fell with the economic performance of these countries, which means investors and sovereign debtors’ interests became somewhat aligned.

It would be far better to design an equity-like, risk-sharing arrangement between sovereign states and creditors from the outset, in which the required repayment were automatically lowered in bad times and scaled up in good times. For example, the repayments could be linked GDP growth, or to market prices of commodities that a country exports.

Finding new ways to package and sell risk-sharing equity stakes in a nation’s future would better align the interests of sovereign borrowers and its foreign or domestic creditors. The concern that countries receiving equity capital might be tempted to minimize their resources or performance to lighten their obligations is likely not relevant for small, growing countries. The consequences for reporting bad outcomes frequently would cause investors to lower their expectations of countries’ potential for growth and thus lower the valuation of their assets when any future financing is being negotiated. The hit that a country’s reputation would take for inaccurate reporting would simply be too high.

We should think of small, growing countries such as Greece (whose performance was healthy prior to the financial crisis, recession, and austerity of recent years) the way we think of promising, but volatile, tech start-ups. They should be financed with less debt, and more equity, perhaps even with riskier options—like stock-call options that are worth zero when performance is poor, but deliver outsized returns when things go well. This more diversified approach to sovereign financing would provide growing nations with natural shock absorbers. Their creditors would profit handsomely in good years, but countries like Greece would conversely benefit from some relief in bad years, as opposed to forcing a crash of the international financial system on account of a debt straightjacket they have forced themselves into.

In the meantime, regardless of what happens in Greece, a continued overreliance on debt to finance the expansion of developing economies will only mean that the next time—and there will be a next time—will be no different.