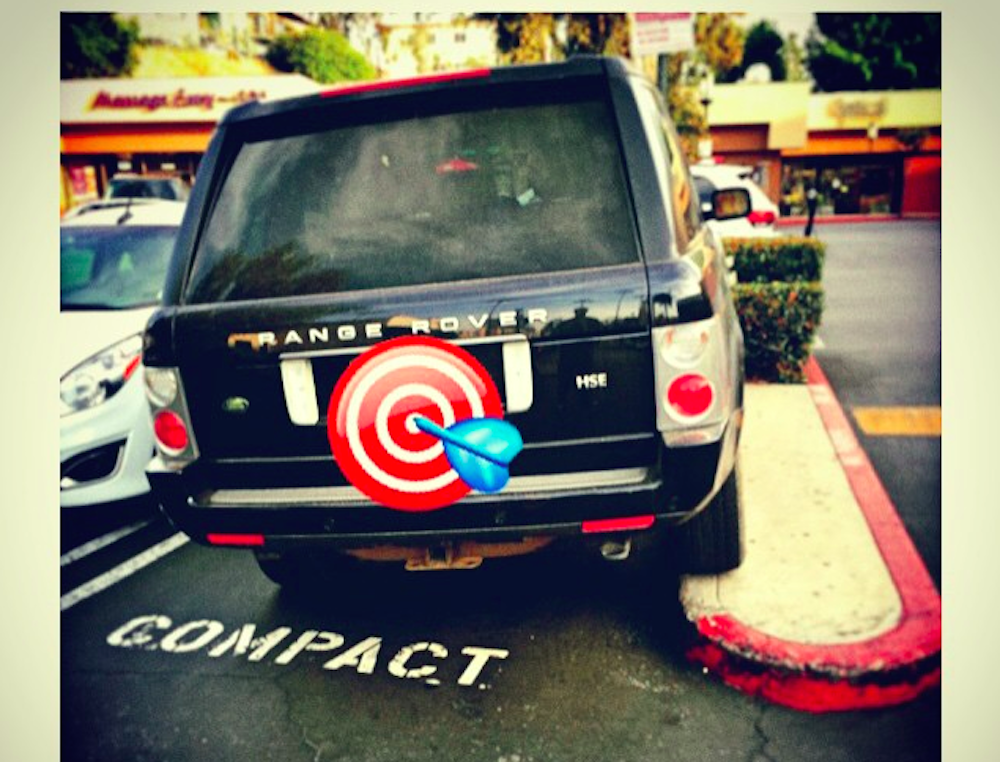 I moved from Connecticut to Los Angeles on a whim six years ago to pursue a career as a makeup artist. I had two suitcases, a couple thousand dollars in my pocket, and a few friends begging me to join them. I had heard horror stories about Los Angeles traffic—but I never imagined how awful the parking would be.

One night eight months ago, I drove home to my East Hollywood neighborhood after working a 12-hour day on a set. I just wanted to lug my 50-pound makeup kit inside, eat dinner, and go to sleep.

I live in a vintage apartment, built in the 1930s, with a far-off view of the Hollywood sign. Back then, it housed writers who worked at Paramount Studios, which is close by. I was told that at the time people thought cars were going to be a fad, so most buildings didn’t bother arranging designated parking.

These days, most homes in my crowded neighborhood have multiple cars. Some are clunkers, and people often park their work trucks on the street. An auto body shop on the corner also likes to leave its vehicles in front of my building. In other words, parking spaces are precious.

On that night, I ended up driving around for three hours and still didn’t find a spot. I sat in my car and cried. I finally parked in a strip mall parking lot, hoping I wouldn’t get a ticket. Even though I went down to move my car the next morning at 6 a.m., I got a ticket anyway. And someone left his or her tray of takeout rice, beans, and tacos on my roof.

I can’t say if parking in L.A. is worse than other cities. All I know is that since moving here I am so much more aware of it than ever before. I was dumbfounded by the lack of parking, and how inconsiderate people could be. I remembered all the “pet shaming” photos I saw on the Internet—funny photos of dogs or cats after they had done something particularly naughty with handwritten signs saying things like “I eat the trash” or “I hump stuffed animals that look like me.” I thought it would be amusing to do a similar site for parking, because I couldn’t be the only person who was frustrated about the way other people parked. 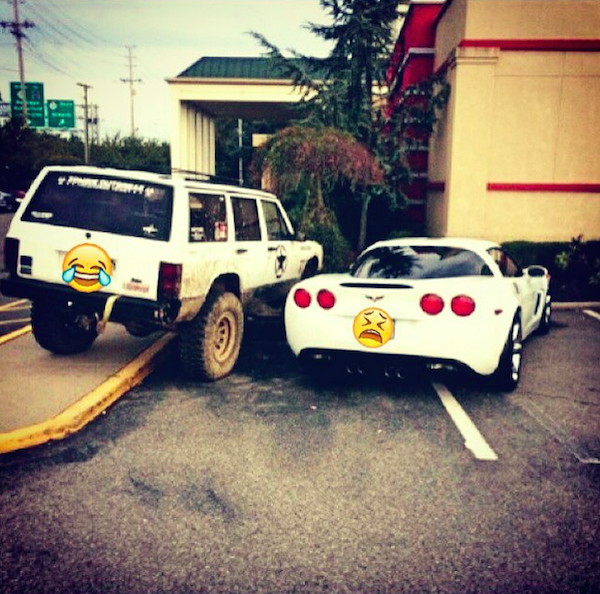 Leaving notes on people’s cars didn’t work. They would just get crumpled and thrown on the ground. I wanted to raise awareness, maybe embarrass a few people and make them think twice about being inconsiderate. I was pissed off, and felt helpless, so I started taking pictures and launched an Instagram account, ParkingSpotShaming.

The first photo I posted was from the parking lot at my gym. When I went to leave, I realized I was blocked in because the black Prius that parked perpendicular to me didn’t pull far enough into its spot. If I backed out, I would hit the Prius. Luckily, when I was taking the picture, the driver of the PT Cruiser parked in the spot just to the right of mine showed up. I was able to get out by turning sharply to the right and squeezing through the spot he left. If that driver hadn’t arrived, who knows how long I would have been stuck there.

Those early days also featured pictures of a repeated nemesis: a blue pick-up truck that rarely moves from right in front of my apartment. It only moves from one side of the street to the other when it’s a designated street cleaning day and staying parked on a particular side of the street would mean a ticket. Plus, the truck always leaves awkward amounts of space in front and behind it so that it takes up a space that could fit at least two cars (my personal pet peeve!). On the rare occasions it takes up only one spot, the owner parks so close to the other cars that the ones in front and behind it can’t get out. Since it never moves unless it’s street cleaning day, they are literally stuck for several days.

Four weeks after the launch of ParkingSpotShaming, local blogs began to post about my site. Now, I receive up to 50 submissions a day by email and direct message on Instagram. More come through tags on Twitter or posts on Facebook. I get so many submissions that I can vary the kinds of bad parking jobs I see. 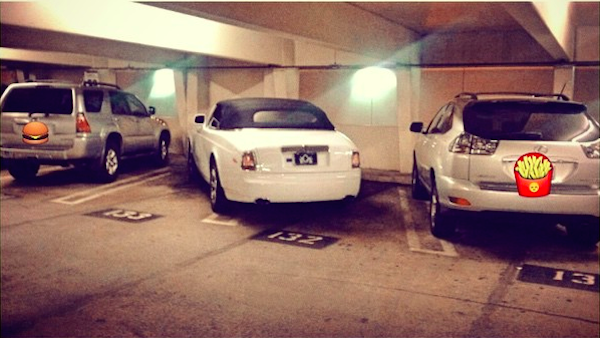 Browse the Instagram account and you will see a photo of a black sedan whose driver scraped against the side of a silver SUV, making it impossible for the passenger side doors to open.

And a photo of a Smart Car parked crooked, and spilling over onto a sidewalk. “How is this even possible?!” one commenter wrote. “It’s the #SmallestCarEver!”

It’s hard to say that there is a particular type of driver who parks poorly. I’ve received pictures of Bentleys and Honda Civics. I’ve found bad parkers in the Hollywood Hills and in Westchester. I’ve found them at all times of day. And there’s a range of bad parking: creeping too close to the lines, going well over them, blocking other people in, parking in illegal zones, and sitting in handicapped spots without permits.

I do tend to get a lot of submissions from shopping centers, airports, and malls. In places that are constantly busy, people seem particularly unconcerned about how much of an inconvenience they are causing another person. Maybe they’re late because of traffic, but some Angelenos seem to have a real sense of entitlement. That may be the same reason I see so many SUVs parking in spots marked “compact.” Those spots aren’t for everyone just as skinny jeans don’t flatter every body type!

I don’t want someone to target a car by its license plate or vandalize it, so I started blacking out license plates early on. In the first photos, I used a drawing app to scribble over the plates. Then I discovered I could put emojis over the photos, which meant I could have a little more fun with them. I’m particularly proud of the Range Rover with the bullseye over the license plate. The parking spot is way off, so calling it a bullseye is just silly.

ParkingSpotShaming has given me and others an outlet to share our gripes, absurdities, and wisecracks. Otherwise, we’d all just be shaking our fists at the sky by ourselves. Now we can all look forward to one-upping each other with an even more ridiculous parking photo because there seems to be no limit to how selfish people can be. The craziest parking I’ve seen was submitted to me, and it was a white Bentley that literally parked sideways, taking up spots 132 and 133 at Burbank Airport.

The site is anonymous, and I often wish that I knew how to get in touch with the owner of a badly parked car right away—so I could make them move it. But since I can’t do that, I’m hoping that ParkingSpotShaming will make that person who parks his Hummer in two spots think twice about doing it. We will find you and make fun of you. As one post on my account says, “Your parking is bad. And you should feel bad.”