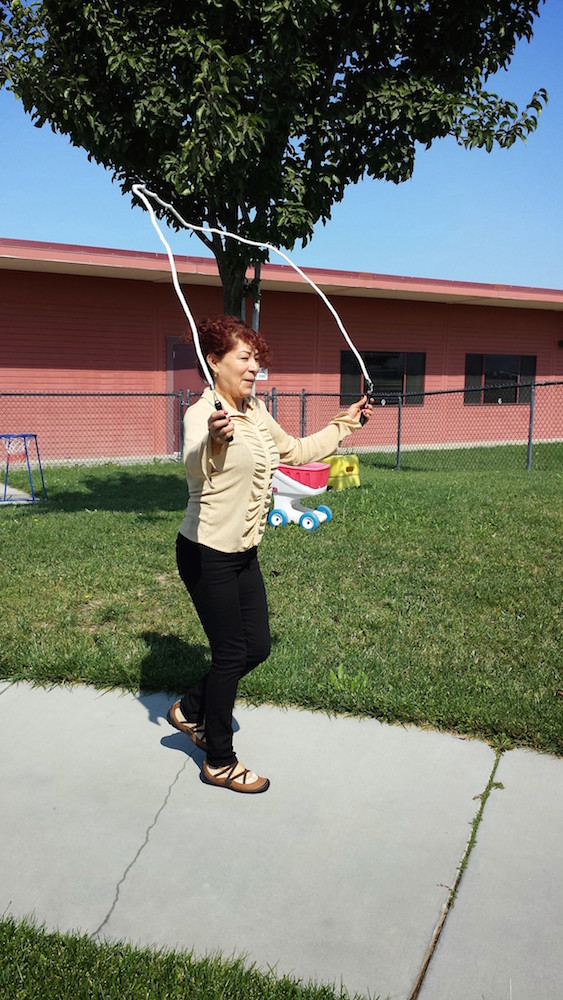 The Salinas Valley is world famous for producing healthful foods, but people here struggle with severe health challenges. As a physician seeing patients in exam rooms, I found it enormously difficult to help people—even those harvesting lettuce—to eat in healthy ways.

These classes are the product of my nearly 40 years of work here. I moved to Monterey County in 1976, from New York via Delano in the San Joaquin Valley, to work for the United Farm Workers. In 1980, I launched a career in health care, first as a nurse’s aide and then a nurse before I went to medical school and became a doctor. I returned to Salinas to do my residency training at Natividad Medical Center.

I love the Salinas area. Its physical beauty is striking, and it enjoys a rich diversity of cultures. Monterey County is more than half Latino—from recently arrived, indigenous language-speaking Oaxacan immigrants to U.S.-born Latinos—and includes communities like Seaside and Marina, with African-American, Vietnamese, Korean, Asian and Pacific Islander, and other populations, making the area feel like a microcosm of California. It’s been gratifying to see the local power structure change to represent the diversity of the communities. Salinas is a city, but it’s not so big as to be overwhelming. As John Steinbeck wrote in 1955, there’s “Always Something to Do in Salinas.”

In some ways, Salinas is quite healthy. The most recent major health assessment by the Monterey County Health Department found some good news: decreased smoking rates, big declines in deaths from stroke and heart disease, and decreased overall mortality rates from diabetes. But the assessment also found large health disparities between Latinos and non-Hispanic whites covering everything from cancer screening to teen pregnancy to diabetes mortality and obesity.

These disparities had long bothered me personally, because I saw them in the exam room. I’ve devoted my career to public sector health care; my hospital, Natividad Medical Center, is one of just 21 public health care systems in the state. As a family physician, it was frustrating to realize that my curative work was often too little, too late. I was seeing obesity and diabetes at younger and younger ages; it was becoming an epidemic here, and Monterey County already had higher rates of diabetes than the state average. It was clear that people, particularly in the Latino population, needed earlier intervention and more robust education about their health.

So I decided five years ago to make the transition from seeing individual patients to focusing on public health, via Natividad’s foundation.

At first, I wasn’t quite sure how I wanted to work on prevention. I discovered quickly that for all the talk about prevention, there wasn’t much funding for it. One of the first things that got knocked out of the bill that became the Affordable Care Act was a sizeable part of prevention funding. And usually funders want to see quick results; that’s hard with prevention programs, since the outcome, if it’s good, is something that didn’t happen.

I started with a vision of a health promotion center. But I soon focused on a crucial aspect of health promotion: the prevention of diabetes. I had been struck by groundbreaking research from the National Institutes of Health and the Centers for Disease Control and Prevention that showed how simple measures—like walking 30 minutes a day and losing only 5 to 7 percent of body weight—could prevent diabetes in people with pre-diabetes. Indeed, measures like this outperformed a widely used diabetes medication.

I also knew we had to get out to communities, to communicate with people in familiar groups and settings. Our local community foundation—the Community Foundation for Monterey County—backed a program that we called “Five Steps to Prevent Diabetes,” and in fall 2012, we began the classes. They run once a week for two hours at a time, for a total of five weeks, at convenient times. During the harvesting season, scheduling can be tricky, so we try to offer many during the winter off-season. We also offer classes right after work, from 6 to 8 p.m.

Each class has a different topic—diet, physical activity, portions, diabetes—and we give homework that consists of exercises such as keeping a calendar of how many of cups of fruit and vegetables one eats in a day. People then share their progress—and obstacles—with the class and offer insights and solutions to each other, a strategy we’ve found to be especially powerful. We conduct the classes in English or Spanish, and we don’t use Power Points. Instead, we get people up and moving; they create model plates of food, they stretch resistance bands, and they jump rope. Seniors can participate in modified physical activities, such as chair exercises. 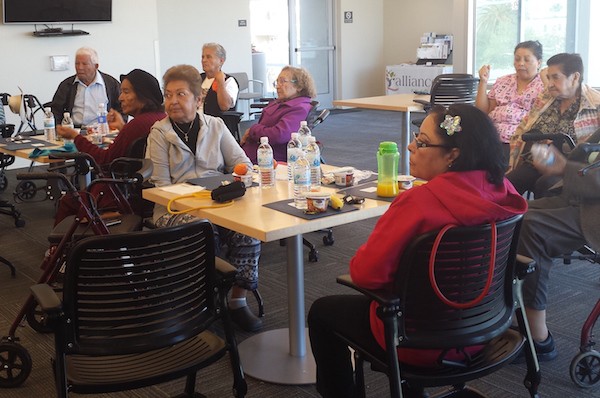 The idea is to teach easy and affordable strategies that people can use at home. We conduct testing of the participants before and after to evaluate progress. (We use validated United States Department of Agriculture and University of California, Davis questionnaires that are linguistically and literacy-appropriate). Starting with the first year of the class, we’ve seen significant improvement on most (and for the last two years, all) of the 13 measures we use, which include daily quantities of vegetables and fruits eaten and other behavior changes.

Over three years, we’ve modified the curriculum slightly to make concepts simpler, navigating some literacy challenges along the way. And we’ve seen—particularly in the case of a mother in our classes whose five-year-old child weighed over 100 pounds—how getting a whole family to improve its health together is crucial to making progress. (The mother reported the child was doing better, in conjunction with appropriate medical care.)

It’s important to recognize that change takes time. A young mother whose husband was diagnosed with diabetes reported that it took a year to make changes in the family diet that stuck. Eventually, though, the whole family was eating more healthfully, even eating tacos with lettuce-leaf wraps instead of tortillas.

I’ve been struck by just how avidly people want this information. Obesity and diabetes, which are often connected, have touched so many in this area that people are truly frightened by them. All of our class participants know someone with diabetes, and several report having family members with diabetes-caused amputations, blindness, neuropathy, and death. Families want what is best for their children and as a result are hugely motivated to keep the next generation healthy.

We just received funding for a fourth year for “Five Steps to Prevent Diabetes” from the community foundation, so we’re reaching out to new partners and trying to take the classes to other parts of the county and the Salinas Valley, such as King City. We’d also like to offer more in the indigenous languages that many workers in Monterey County speak; Natividad Medical Foundation has as project to teach indigenous language speakers to become interpreters who can work in health care, the courts, at the DMV, or in other settings.

We’re also learning how to encourage people to eat more of what is grown here. Part of the problem is price, since locally grown artichokes, berries, and exotic vegetables are often expensive. And many Salinas residents, because they’re familiar with agriculture, are very conscious about pesticides. In our classes at various food banks, food bank staff members told us that when they would send people home with free local produce, the recipients would sometimes throw it out if the fruits or vegetables were unfamiliar to them.

We discovered that many people don’t know what to do with some of the produce they and their neighbors help grow; they’re not used to having it in their diets in their countries of origin. But if you give them recipes or provide a cooking demonstration, they’re likely to use the produce. We conduct simple food demonstrations and give participants recipe cards.

We’ve been inspired to hear our participants’ reports. One Head Start mother from King City started her own vegetable and fruit garden. Several women at a labor camp in Soledad started a walking group, circling the expansive agricultural fields together at dusk. Another participant switched from white rice to brown rice or quinoa. Another substituted nopales for tortillas. Several tried recipes for baking instead of frying enchiladas or chicken. Others added more tomatoes, onions, and peppers to soups to increase their young children’s vegetable consumption. People love recipes for good local food; they know the goal is healthy living.

In the Salinas Valley, investment in prevention is paying off. And we’re confident that an even broader community health is attainable here.