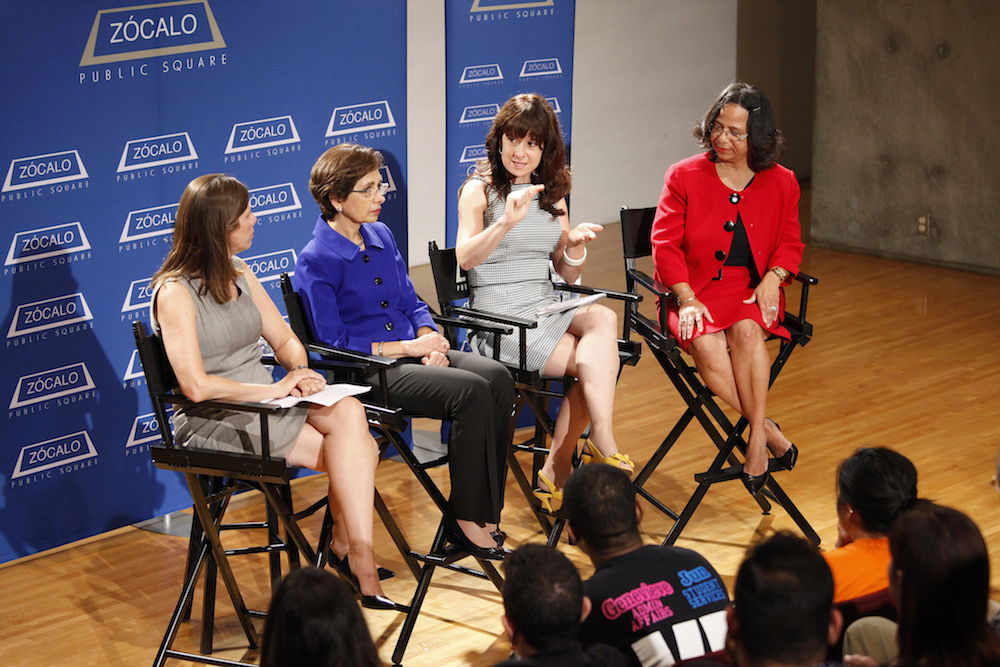 It’s no secret that how much money you make can affect how healthy you are. At an event co-sponsored by the California Wellness Foundation, the audience in a packed auditorium at MOCA Grand Avenue learned the difference in life expectancy between people living in Los Angeles’ richest and poorest neighborhoods is a jaw-dropping 10 to 12 years.

“We associate this type of disparity with third world countries,” said Roshan Bastani, director of UCLA’s Kaiser Permanente Center for Health Equity. “We don’t realize the same thing is happening in our own backyard.”

Bastani was joined by LaVonna Lewis of the USC Price School of Public Policy and Tracie McMillan, author of The American Way of Eating, for a discussion about the broad social and economic forces that limit low-income Americans’ access to the organic vegetables and yoga classes enjoyed by wealthier people. What factors are holding the poor back? And what can be done to level the playing field?

Moderated by Kaiser Health News senior correspondent Anna Gorman, the conversation began by addressing the still-bleak state of health in America, and the various barriers that keep low-income people unhealthy.

McMillan, who spent extensive time in impoverished communities to do research for her book, said that the problem she encountered wasn’t a lack of grocery stores, but rather the challenge of subsisting on so little money.

She described spending a lot of money stocking up on grains for cheap meals, but then realizing she didn’t have enough to pay her rent. As a farmworker making $2 an hour, she added, “I was so hungry, and had all these crazy ups and downs because of it, that I found myself always making the easiest choices, which were bad for my health.”

Gorman mentioned a family she knew from her own reporting who would treat themselves to a nice dinner at the beginning of each month when cash aid came in, but then struggle to make up for the expenditure for the next 30 days.

Despite recent studies that suggest Americans are beginning to eat less and childhood obesity rates are decreasing, Bastani said that low-income families and children aren’t following the trend. “It’s no time to celebrate,” she said.

McMillan addressed widespread misconceptions about health and poverty—that poor people don’t want to be healthy, that they’re not willing to spend their money on proper nutrition. “I hear again and again that people aren’t spending money on food, so that means they don’t care about it,” she said.

In fact, she pointed out, low-income households on average spend 20 to 30 percent of their incomes on food, whereas families making more than $70,000 annually only spend about 8 percent. “No one has ever said to me, ‘You know what’s awesome? Diabetes,” she said. People want to make healthy choices, but things like health problems and transportation issues limit their ability to do so.

So, Gorman asked, what can be done to change these misguided perceptions?

Lewis, the USC professor, said that it’s all about “making the invisible visible,” particularly when it comes kids. “If you don’t drive through a particular community, it’s hard for you to know what’s going on there. So you have to let people know that this is the future. If you don’t invest in young people—if they can’t go to school because they’re chronically sick—then that affects all of us.”

The challenge, she elaborated, is “making connections between things that people don’t want to think about on a day-to-day basis,” and mobilizing entire communities to begin to untangle the knot of entrenched disadvantages faced by low-income families.

The panelists agreed that the first step is to understand and address these wide-ranging social determinants that impact an individual’s health. Beyond exercise and healthy eating, these include the quality of housing and crime rate in a person’s neighborhood, the type of work she does, and her access to healthcare.

The next step, Bastani argued, is actually providing the means to make healthy changes. “You have to know what you need to do to stay healthy, but you also need to have the resources, in terms of money and time, to be able to take advantage of healthy choices.”

The expansion of Medicaid under the Affordable Care Act has given more people access to resources, but transportation to and from healthcare visits, paid time off, and simple health insurance literacy need to be improved for the expansion to be truly effective.

Lewis said that if we could convince parents to bring apples to preschool parties instead of cupcakes, it would be “heaven” for her. “We need to get the idea out there that you can have fun eating healthy,” she argued.

McMillan went even further and said she’d support “radical home economics” that teaches every child how to cook in the early grades. She admitted the idea was “totally impractical,” but challenged the audience to think about it: Schools teach kids how to read, and as a society, don’t we just as badly “want people who are literate about their food?”

In a question-and-answer session, an audience member asked the panel what sort of progress they’ve seen. Is there reason to hold out hope we can all be healthy?

Absolutely, Gorman said. She receives pitches for stories all the time about innovative projects, from taco trucks offering healthy options to schools opening up over the weekend as parks. She’s even heard about people who offer tours of grocery stores to teach uninformed shoppers how to read labels. 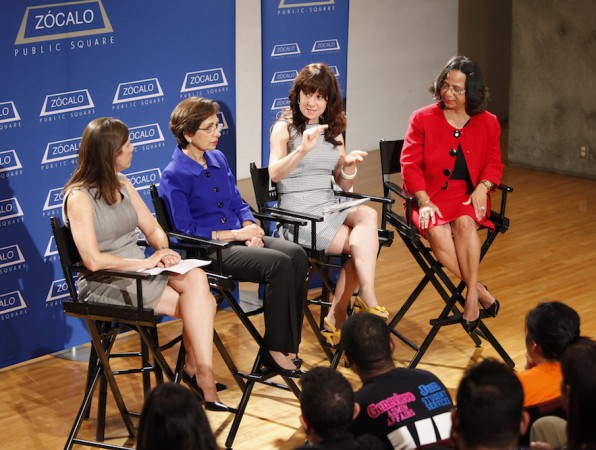 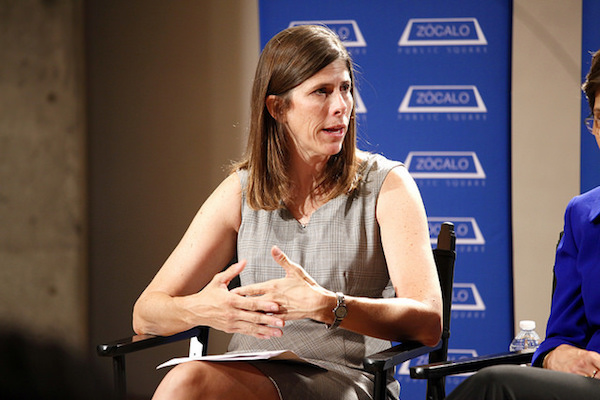 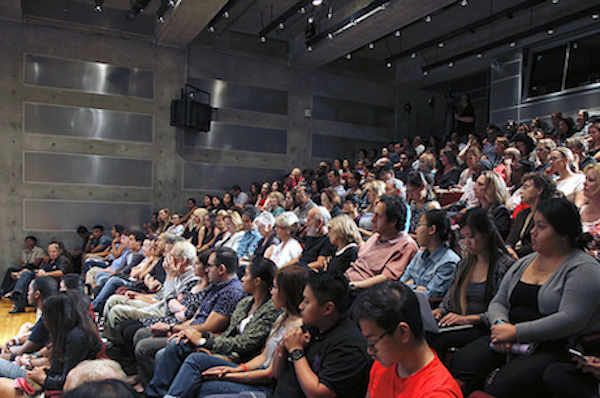 The standing-room-only crowd at MOCA 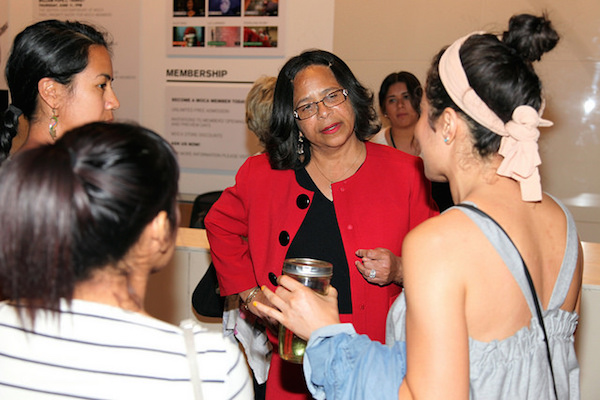 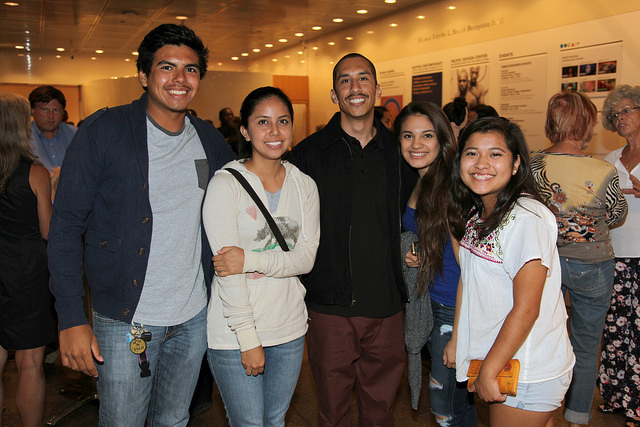 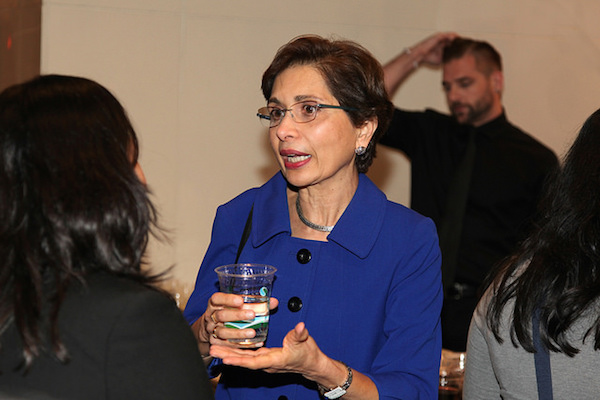