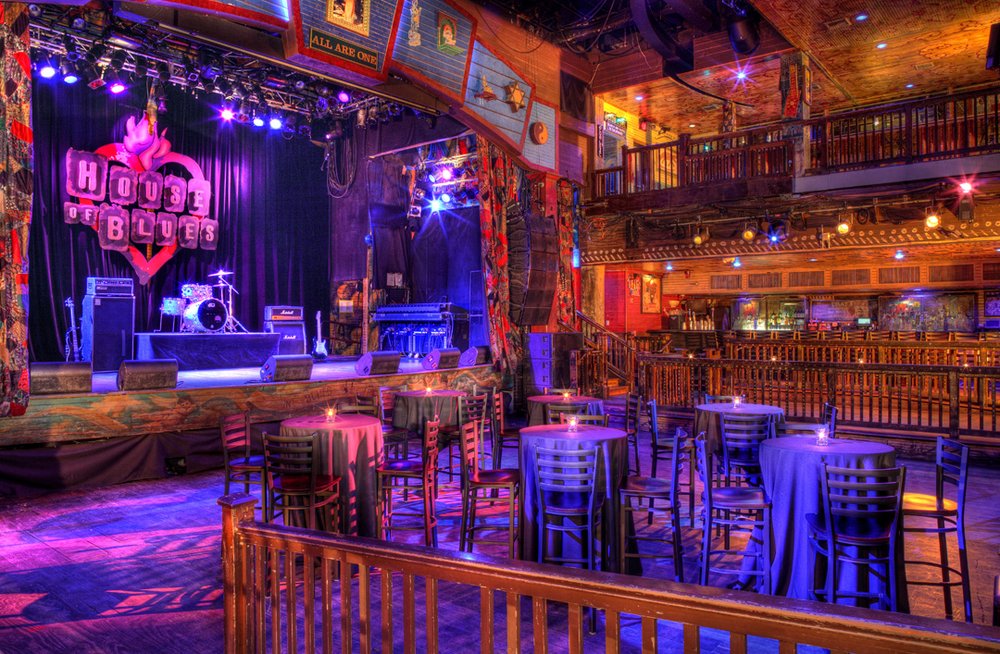 The four of us file out of the dressing room, head down the dimly lit concrete staircase, and get in our positions behind a tall red-velvet curtain. Jakob and Yogi pick up their guitars. I strap on my bass, and Mario gives a few taps to his drums. Amid the jumbled hum of pre-show audience chatter, we make last-minute adjustments: We plug in, check our amp settings and tuning.

Soon, the audience chatter turns into a roar, and we give each other the ready-set-go look. As the big red curtain rises and we launch into our set’s opening verse, I think to myself: There aren’t many clubs left that reveal acts in Broadway fashion.

This was how a typical night performing at Los Angeles’ House of Blues began. For more than 20 years, I frequented the iconic tin-plated concert hall on tours as a member of the Wallflowers, and as a fan on the other side of the curtain cheering for my favorite bands. The venue has been a staple in the trail of haunts running along the Sunset Strip—from The Rainbow, The Roxy, The Whiskey, and The Viper Room to The Chateau Marmont and Guitar Center beyond—that have defined an era of rock and roll. In the same way that Hollywood Boulevard’s all about movie stars, the Strip’s all about music.

But now, the House of Blues is closing. After shutting its doors this week, the building’s set to be torn down, along with neighboring businesses, to make way for a new development consisting of a hotel, condos, shops, and a nightclub. HOB’s owner, Live Nation, is already scouring Los Angeles for a new location. 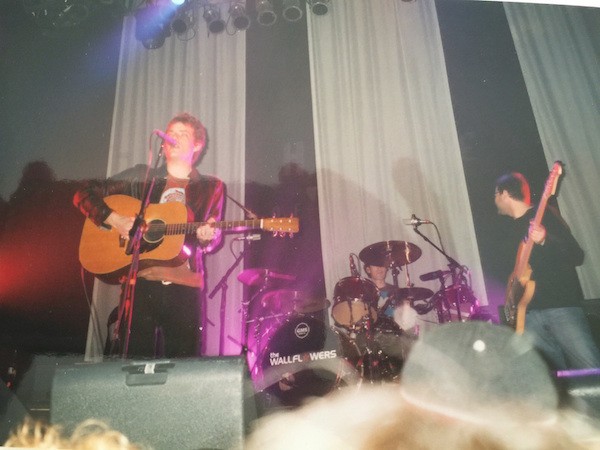 The Wallflowers performing at the House of Blues in the early 2000s.

In the eyes of many Angelenos, the demolition of the House of Blues Sunset is another sign L.A.’s greedy developers are swallowing up every ounce of the city’s still-young cultural heritage and replacing it with dull, run-of-the-mill shopping and entertainment complexes. My feelings are more mixed. I’m certainly willing to admit there may be some truth to the concern that developers are attempting to maximize profit out of every square inch of land in Los Angeles, which hurts the city’s culture. And it’s hard for me to imagine there will ever be a better spot for the House of Blues than its current location. But I’m also not sold on the notion that its demolition means the city is losing anything more than one great place to hear music.

Certainly, the House of Blues will be missed. While the Sunset Boulevard branch of this chain never had the authenticity of the singular establishments surrounding it on the Strip—let alone the authentic blues music in its name (its barnyard bayou décor nods at the soul of the South in the same way New Orleans Square at Disneyland attempts the feel of The Big Easy)—it was a clean place, with good sound and lighting, solid food, and a friendly staff. I’ve played most of the 12 HOBs across the United States, and I can’t tell you how good familiarity feels for a musician who’s on the road for months at a time. I always knew what I was going to get at a House of Blues. I loved sinking into the big, comfy leather couch in HOB Sunset’s dressing room after an all-nighter on the bus, peering down at the stage from a window at the opening band. And after the show, they always loaded us up with salad, fried catfish, burgers, and curly fries.

Then there’s the quality of the shows HOB Sunset put on. From its very beginning in 1994, the venue was the spot for cool events, like Prince’s secret shows and Rock the Vote concerts. I’ll never forget an Emmylou Harris performance in 1995, shortly after the release of her album Wrecking Ball. I was standing next to former Jellyfish member Jason Falkner, and the two of us were blown away by her band—Brian Blade slaying it on the drums, Daryl Johnson singing like a bird and playing bass like a beast, Daniel Lanois with his tiny Fender tweed amps cranked and bathing the audience in Neil Young-like tonal glory. All draped around Emmylou’s amazing, broken falsetto. 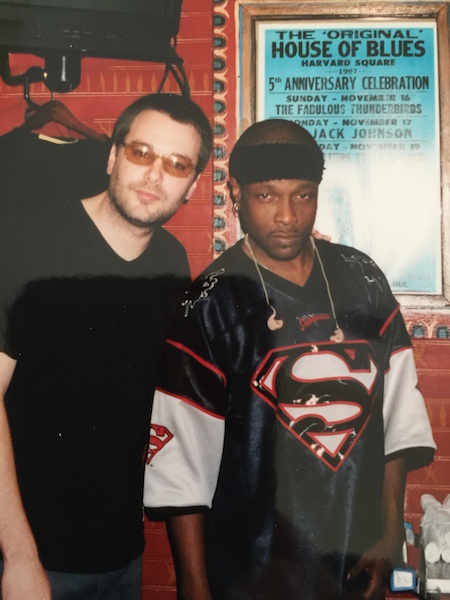 The HOB’s Foundation Room, a lively backstage meeting area, was always a fun place to rub elbows with other bands and the occasional celebrity. I remember the Wallflowers played a gig there in the early 2000s, and I got to meet Wilco frontman Jeff Tweedy. I’m a huge Wilco fan, and after exchanging numbers, we had a great phone conversation about the effects of the Internet and social media on the music business.

Still, I see the closure of the House of Blues as the next link in the chain of the Strip’s constant evolution. Things have always been this way; for whatever the reason, one storefront gives way to another. It’s no different for music. We have seen many genres fall out of fashion—hair metal, anyone?—and witnessed the demise of many of the venues that housed them. HOB Sunset had its day, like other bygone music-centric institutions before it, including Pandora’s Box, the Coconut Teaser, and more recently, the Key Club.

I’m not one for drama or nostalgia. In my own career, I’ve always tried to embrace change. Two years ago, I decided I’d had enough of touring and wanted to accomplish other goals, so I moved on from the band, started my own music discovery platform, and began consulting for various music tech companies. It was a risk, but when things run their course and become Groundhog Day, you hope to know when it’s time to move forward. Who knows, maybe in a few years the new nightclub that’s being planned near the HOB plot will become the most exciting venue in the city?

Since DJs and electronic dance music are in fashion and rock is somewhat out, hotels are now paying big dollars for electronic musicians to show up poolside with their laptops to host a new kind of party. In place of stacked guitar amps, TMZ celebrities are perched on stages hyping up rowdy crowds. I don’t doubt the cyclical nature of music tastes will eventually turn and bring more performance-based music back to the clubs.

But none of that has stopped the House of Blues from going out with a bang. In its final weeks, it booked shows by the Young Dubliners, Kirk Franklin’s Gospel Brunch, Soul Asylum with the Meat Puppets, Stiff Little Fingers, and Steel Panther. For this rock fan, it’s a strong finish all the way up to its final curtain call.