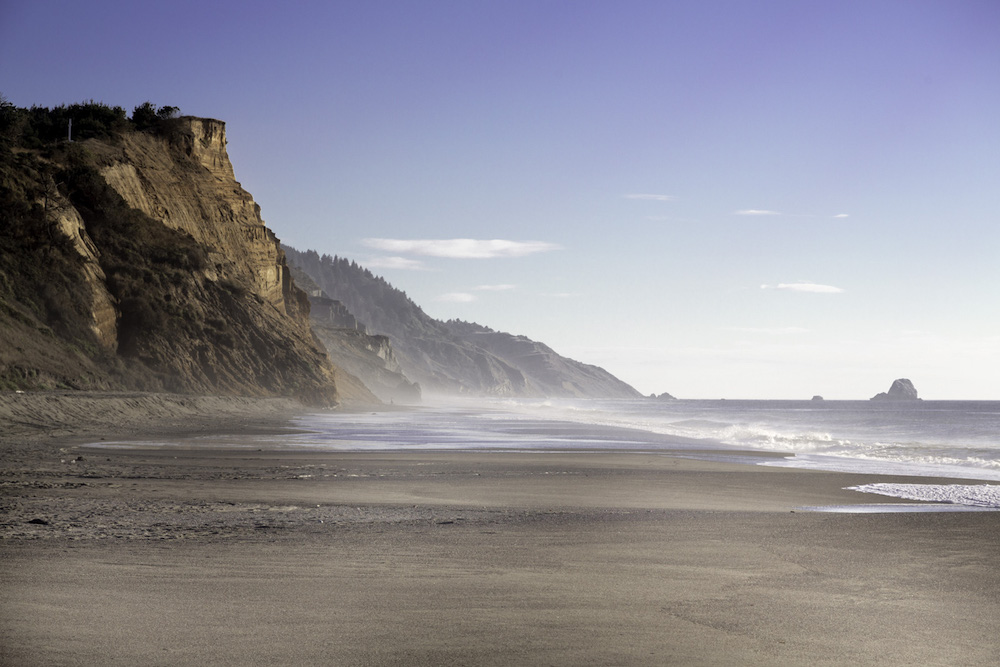 “Because when you are imagining, you might as well imagine something worth while.” Anne Shirley, Anne of Green Gables, by L.M. Montgomery

There were many moments throughout the writing of my first novel, Ana of California, when I stared at a blank screen and said to myself, out loud, “Are you sure you want to do this?”

I was typing in the shadow of a literary great, Lucy Maud Montgomery, whose Anne of Green Gables is one of the most treasured classics of all time. When I set out to reimagine the story, transporting it to California, I often wondered if I was committing blasphemy.

I fell in love with the story of Anne Shirley, an overly imaginative and talkative 11-year-old orphan, when I was roughly the same age. To use Anne’s words, I felt I’d found a “kindred spirit” embodied in this fictional girl whose feisty chatter and propensity for daydreaming mimicked my own childhood. I was transported to Prince Edward Island off the coast of Canada, where the book was set, and imagined what it would be like to live with Anne and her adoptive parents on their verdant farmland.

Not since Little Women’s Jo March had I encountered such an appealing character who— despite her young age and difficult childhood—embraced her uniqueness, stood her ground, and refused to apologize for her circumstances. When I reread Anne of Green Gables as an adult, I couldn’t believe how modern this characterization felt more than 100 years later. I wondered why there weren’t more young female heroines like Anne who felt so comfortable in their own minds and skin. I remembered how encouraging it was to have her as a role model growing up and how her oft-quoted bon mots got me through difficult times. (“It’s delightful when your imaginations come true, isn’t it?”)

I pondered the dearth of ethnic diversity represented in popular young adult fiction, too, especially Latinos, and thought of my younger self—an emotional Mexican-American child growing up on the border—and what kind of role model she might need today.

When I began to imagine who the Anne Shirley of today might be, 15-year-old Ana Cortez sprang to life in my imagination embodying traces of the original character. My Ana was older and had languished in an unforgiving foster care system. Unlike Anne, she was connected to her deceased Mexican family in Los Angeles, however far away their ghosts loomed, but she wasn’t entirely hardened by her situation.

Much like in the original story, Ana goes to live with a brother and sister on their farm. She makes friends with a girl in her new neighborhood and captures the attention of a compelling boy in school. By keeping these basic plot points the same, I was able to adhere to the spirit of Montgomery’s novel while writing a new story and characters that were entirely my own. I never stopped thinking about the Anne of Green Gables super fans though—of which I am one—and made sure I remained somewhat faithful to the original.

I chose the Boyle Heights neighborhood of East L.A. as Ana’s home. As a recent transplant to Los Angeles, I was lured by the area’s superior tacos, street art, and roaming mariachis—all of which reminded me of where I grew up in El Paso, Texas. It’s close to downtown and surrounded by freeways, too, and there’s a history of gang violence, which I wove into Ana’s back story. I thought it would be interesting to pluck someone who has only known an urban environment like this and create conflict by moving her to an idyllic small town.

When thinking about Ana’s trajectory, I wanted to play with this sense of dichotomy literally and metaphorically while also recalling the story of an orphan moving to a farm in the original Anne of Green Gables. I worked with teen runaways while I was in college in Texas. So many of their stories informed Ana’s history specifically their anger towards negligent parents—foster and otherwise—as well as their fear of aging out of the system and becoming homeless. In deference to Anne Shirley, who was a young orphan with no choice of where she ended up, I wanted Ana to have another option. I researched orphan emancipation and found resources like The Right Way Foundation, which endeavors to help foster teens gain the skills they need to keep them off the streets. This idea of working towards emancipation became the reason why Ana moves to the farm. 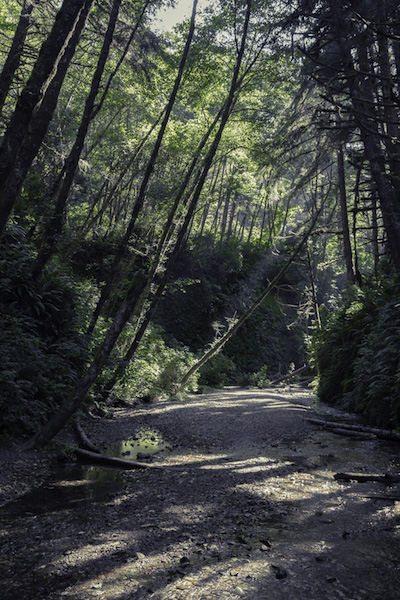 I took a road trip from L.A. all the way up to the most northern parts of California, specifically the area known as the Lost Coast, in the hopes of finding the place where Ana would eventually end up. Small towns like Ferndale that were dotted with pristine Victorian mansions and surrounded by redwoods were appealing as was the dramatic coastline, majestic in its desolation. It was hard to believe one state could hold so much diverse beauty. I traveled further up to Fern Canyon and nearly got lost in the dense forest mesmerized as I was by walls of ferns as tall as buildings. It’s an area defined by nature in such an intense way that you can’t ignore it, which felt both like the opposite of Ana’s flat and concrete East L.A., as well as similar to the nature of a foreboding urban neighborhood.

On my way back down the coast, I passed drought stricken farmland with migrant workers toiling in the fields. I visited places like the Steinbeck Center in Salinas, which gave more of a background to their plight, as well as the history of the region. I spent time volunteering at an organic farm near Ojai, and understood the pleasure of eating vegetables you’ve pulled from the earth.

Upon returning to L.A., I further researched the history of the northern part of the state, focusing on the Gold Rush and the expunging of Chinese immigrants and Native American tribes. I visited local farmer’s markets and spoke to farmers about what it meant to stay in business alongside encroaching corporate farms. The current state of Humboldt County farming was also hard to ignore as it continues to be a mysterious part of the taboo drug trade. All of this information formed the fictional setting and supporting characters in my story. In deference to the wholesome, picturesque setting of Green Gables, I wanted the fictional town of Hadley to be more complicated and real, as it would be in modern times, and reflect the history that is intrinsic to that part of the state.

Still, the thought of reimagining a book and a character beloved by so many around the world was daunting. There’s no way I can possibly come close to what L.M. Montgomery created, not that this was ever my intention. Anne Shirley meant so much to me as a young person in the way that I hope Ana Cortez might reach young girls coming of age today. I hope fans of the original novel enjoy the similarities and differences between the two stories, but I also hope to attract those who are unfamiliar with Anne of Green Gables too. Anne may have been the catalyst, but California was my inspiration.