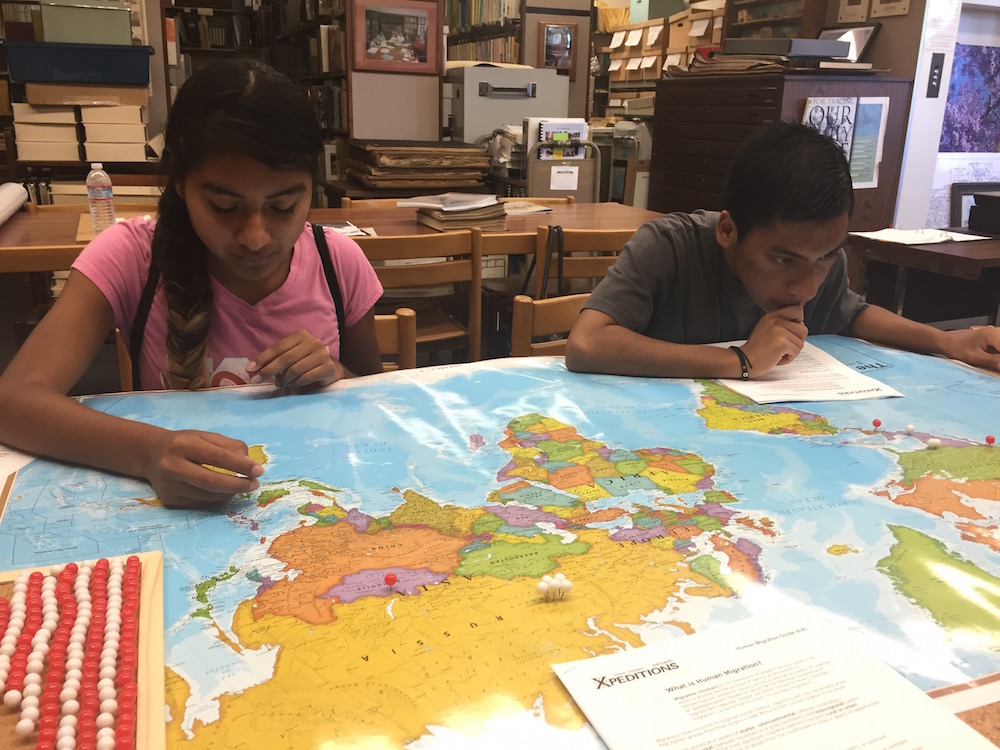 Santa Ana has become a first stop for immigrants from Mexico and other parts of Latin America. It is also home to many Vietnamese immigrants who arrived in the 1970s and 1980s. The city is now about 80 percent Latino and 10 percent Southeast Asian. Fifty percent of our community is foreign-born. The downtown area, where the library is located, is a yeasty mix of trendy restaurants and businesses serving immigrants—both turbulent and exciting.

Libraries strive to reflect and enhance their communities, and the Santa Ana Public Library has moved to support our changing community, so we’re serving both the people eating at the trendy new restaurants and those eating at traditional taquerías and carnicerías. We use demographic stats to identify overall needs based on a cultural and economic picture, and we talk to individuals in the library about what they’d like to see in programming and materials.

Efforts to adapt to the changing interests of Santa Ana residents became more difficult after the Great Recession arrived in 2008, bringing fiscal crisis to the city—and the library. The per capita expenditure for our public library was already among the lowest in the state at $11.07, and it decreased even further. We didn’t have funds to buy new books or materials. We had to reduce hours at one branch. We had to contemplate reducing the number of story times and other programs for children and youth.

We didn’t want the community to feel short-changed, so we, with support from our director Gerardo Mouet, began to apply for grants. We had so many ideas for new services and programs, but we needed more funding. 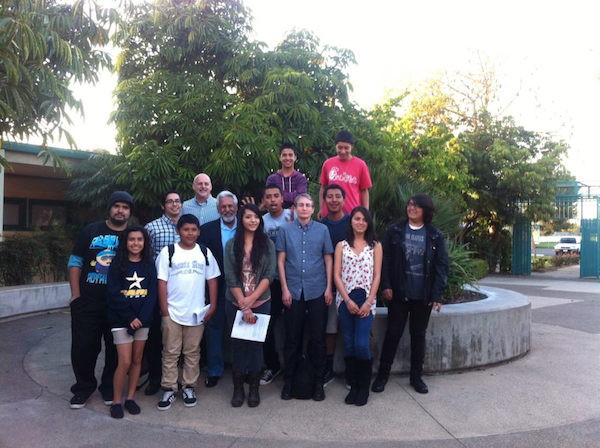 Teen historians from the Santa Ana Library with Gonzalo Mendez, Jr., who was one of the children involved in a landmark 1940s lawsuit challenging the segregation of Mexicans and Mexican-Americans into separate schools in Orange County.

Not really believing our application had a chance, we applied for a grant in the 2010 Laura Bush 21st Century Librarian Program. It came as a surprise to be awarded $636,000 over three years to develop bilingual librarians. Since 1996, we have required that all public desk staff be bilingual in either Spanish or Vietnamese, and translated all signs and communications. Now, with the grant, we can pay bilingual young people from the community to work in the library, support their undergraduate and graduate education, and teach them the skills they need to become librarians in a diverse community.

We like “raising our own” librarians. Three of our four managing librarians grew up in the community, and started as pages or volunteers in the library. “Locally grown” librarians understand the community and have the gift of making immigrant families feel comfortable and welcome. They also are guides and can help us to create collections and services that answer needs in the community. Our youth services librarian, who grew up in the city and has been with the library through high school, college, and graduate school, has developed a K-12 bilingual tutoring program, including a science institute and intensive math tutoring in the summer. She also has created an award-winning Dia de los Ninos, Dia de los Libros (Day of the Children, Day of the Books) program. The event—a celebration of families, literacy, and bilingualism—attracts between 1,500 and 2,000 attendees every year.

Encouraged, we’ve applied for a variety of federal grants that have allowed us to increase programming, particularly for young people. We now host programs to train at-risk youth in digital media skills, including digital music, graphic design, and web design. We have an active, after-school tutoring program that focuses on kids with learning problems, and a Teen Historian program that trains teens to collect oral histories from their immigrant parents or grandparents, while helping them to understand their families’ struggles to settle in a new country and adapt to a new culture.

Last year, we started Memories of Migration to build on the Teen Historian program. The idea is to develop cultural heritage collections based on the shared stories of human migration in America. Teens find members of the immigrant community with stories to tell, collect artifacts, and record their experiences. Techniques developed by the library will be tested in model programs operated by four libraries and agencies that serve immigrant communities in Connecticut, New York, and New Mexico.

Every day, Santa Ana Public Library staff serves a variety of people with equally varying needs. Teens and tweens hang out with friends in the TeenSpace, men and women come in to get help with resumes and job hunting, and people of all ages visit our Tech Desk to get one-on-one help with technology or to take bilingual computer classes. Hundreds of people use our computer labs to job hunt, complete job certifications, and communicate with relatives far away, supported by bilingual computer tutors. The library has become a supportive second home for Santa Ana teens (including an unusually high number of boys). It is a place where they can develop self esteem and a sense of value to their community by gaining skills, mentoring younger children, and becoming advocates for the needs of their parents and grandparents through the city’s Youth Civic Engagement program.

Recognition has followed: in 2014, were one of 12 recipients of the National Arts and Humanities Youth Program Award. We’ve also received recognition from the city of Santa Ana, which, in addition to increasing our funding, has asked us to create an “e-library” (a kind of electronic petting zoo where people can try tablets, e-books, and 3-D printing) in a proposed community center. We are a major player in the city’s Five-Year Strategic Plan. Our task is to reach out to Santa Ana’s young people to involve them in civic life. We look forward to continuing to adapt to our community’s shifting needs.

I have enjoyed observing the changes that have come about in libraries, reveling both in the rise of technology and the persistence of the written word. Libraries remain places where everyone can find information, a calm place to hang out, a window into the past, and a path to the future.