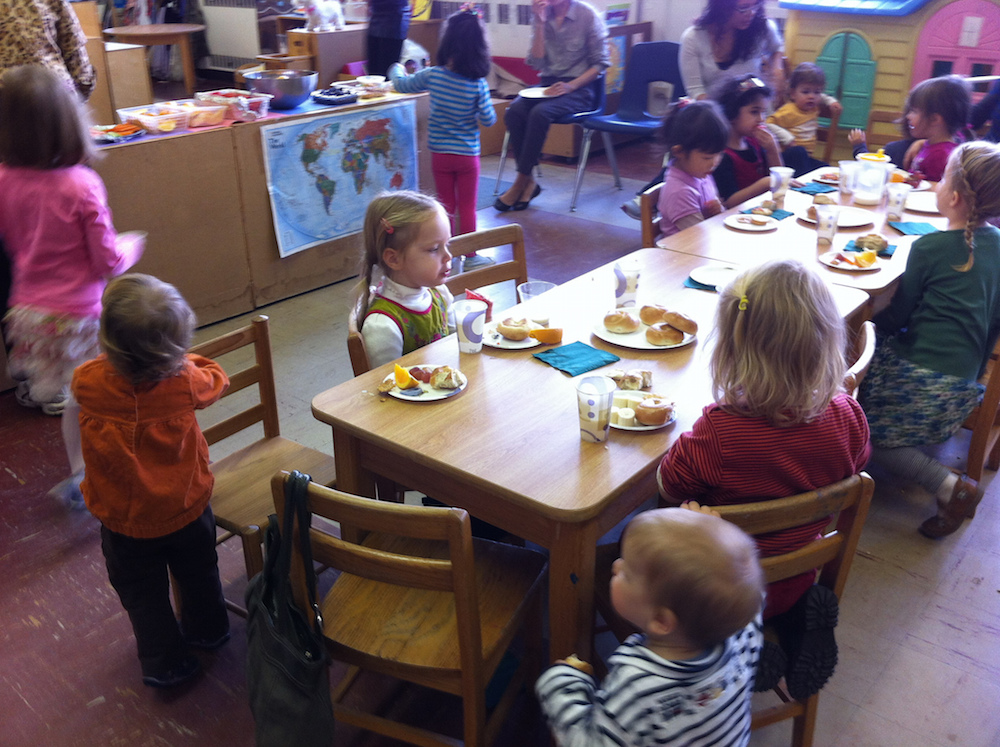 I was a reluctant community activist. I didn’t plan on creating a movement for a new preschool in our community. I just wanted to find better care for my son. But I found myself leading an effort that, through its successes and failures, has taught me a lot about community change.

My family lives in a rural, geographically isolated area of Northern California. Del Norte County has just a handful of preschools, and back in 2009, the only two that had space for our son Henry were private religious schools that charged fees. We visited both.

One seemed like a pipeline to factory work: a windowless room where the emphasis was on following directions and “instilling discipline.” My husband and I observed a coloring lesson where kids had to choose a red crayon to color a picture of a Bible bookmark. We watched as one boy was chastised for choosing green. Another boy, no more than three years old, couldn’t sit still and was punished by having to be last in the line to visit the bathroom. “We give them bathroom breaks twice a morning,” the teacher told us while the kids were queueing up. “They learn to go on a schedule.”

Our preschool would be more than a classroom. It would be a center for home-schooling parents, networked families, playgroups, and student teachers to exchange practical ideas for early childhood education.

We went with the second preschool. It had colorful rooms decorated with art, a nice play yard, and a kindly head teacher who, among other things, let kids go to the bathroom when they needed to.

Henry attended that school for nearly a year, but it wasn’t a good fit for the long run. The kids went to chapel every day and we noticed that Henry was becoming especially worshipful of the pastor. He described how the teacher and the children would open up a special wooden display box somewhere in the sanctuary, look at his picture, and say a prayer. On reflection, it was probably a picture of Jesus, but my son thought it was the pastor, and no one seemed to disabuse him of this notion. Meanwhile, I became a bit suspicious of the good reverend. He met regularly with the children, but his lessons seemed to be especially political. Henry would report his views back to us. For example, it was wrong for men to marry other men, and Buddhists misguidedly “worshipped Buddha.”

We weren’t the only family with concerns. My friend Geneva was worried about her daughter, Temaia. “She gets confused by the doctrine,” Geneva complained. “She told me that Jesus doesn’t like it when you vacuum in the afternoon.”

I never said, “We need to start a movement for a better preschool in our community.” I just kept running into parents with the same problem. One set of parents was Jewish. They didn’t want their four- year-old to attend a religious school, but they couldn’t afford a nanny. Two physician friends could afford a nanny, but they wanted their son to get more socialization. Another friend was a single parent who needed a school that accepted childcare subsidies, but she didn’t think that the one she qualified for offered a very creative, student-centered curriculum.

It soon became clear that we could keep complaining, or we could work together to make something happen.

We started having meetings—sometimes at the local Family Resource Center; sometimes in each other’s homes. We wrote down ideas on flipcharts, and debated options: A co-op day care? A home day care? An elaborate nanny share? But when the dozen or so of us agreed on a vision for a full-scale, all-day preschool, we knew we had to look for a partner organization. The Del Norte Child Care Council, which at the time focused on afterschool care and in-home child care licensing, had a director who was interested in expanding their services—and the council co-owned a building with an available classroom. After a dramatic meeting with a reluctant DNCCC Board—which had never seen members of the community turn out in such numbers—the partnership was born.

The next step was funding. The parents group worked hard on a proposal for a grant from the California Endowment. Our idea for a small school soon became a vision for changing the community’s norms, empowering parents, and reforming education. The idea for a “Preschool Without Walls” was born: Our preschool would be more than a classroom. It would be a center for home-schooling parents, networked families, playgroups, and student teachers to exchange practical ideas for early childhood education. Our preschool would move the needle towards better education at all levels.

That was the dream, and that dream was still alive when the Little School of the Redwoods—a name our kids chose in a vote—opened in 2011. It was our area’s first Montessori and Reggio Emilia-inspired preschool, combining two innovative teaching methods: self-directed independent learning activities in the morning and child-led group projects in the afternoon. Little School was also the first private pay, non-religious preschool in our county. The parents’ organization—now named the Parents’ Advisory Group (PAG)—helped interview new teachers, select and gather books and materials, and dig a garden.

But since the opening, the road has been very, very rough. Most of the original PAG parents involved in the effort moved away for better jobs or to be closer to family. Some of them never got to send their kids to the school. They aged out before it opened. Others carried on for a while. The PAG continued to meet, but most original members—including me—felt we had earned a rest. And I was pregnant with my second kid and didn’t have time to stay involved.

Now, in 2015, I’m the only founding PAG parent left with a child in the school. Our son Theo has been attending for over two years now.

The quality of the education is still pretty good. But the “Preschool Without Walls” dream—a preschool that offered training experiences and knowledge sharing to the larger community—never really materialized. There was no one to pick up the work at the DNCCC. The funder didn’t follow up with that part of the proposal, and new parents on board didn’t want to devote the energy or time to fight battles they saw as someone else’s. 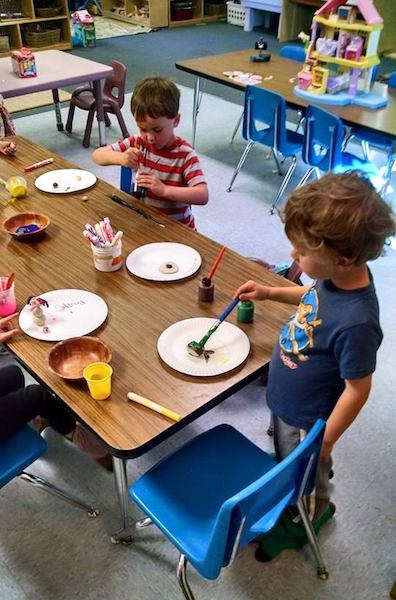 The PAG has dwindled in power and influence. What was once an organization that provided vision and direction for the school has become a fundraising group that does raffles and jewelry sales. Its members don’t know that the PAG once participated in hiring staff and amending the handbook. Now the PAG is so disempowered, it can’t even get the billing office to accept credit cards to pay monthly tuition.

To be fair, the DNCCC, our partner organization, has good reasons for being disappointed with us. The school’s finances have been in the red. Parents, the council complained, just don’t get involved.

But as I reflect on the effort to create and sustain the Little School of the Redwoods, I have to catch myself from slipping into negative thinking. This is a lesson about the success of a social movement, not its failure. It is hard to organize parents, but we did it. Our principle goal was achieved: the school is here.

Meanwhile, those original parents who remained in the community have gone on to organize other movements—bigger ones. One mom now leads our local community food council and has raised hundreds of thousands of dollars to improve our food systems. Another parent from our group created a recycling movement across the school district, saving what now amounts to over a million dollars—and preventing millions of tons of waste from going to the landfill. One founding school parent now serves on the Library Board, orchestrating slow but meaningful reform in a once defunct system where the board chairman did not even have a library card. One couple who moved away is moving back—the husband will help local tribes better invest their money, and the wife will be doing broad-based community development work with a local foundation. They have a new baby, too, who will eventually go to Little School of the Redwoods. The circle of change continues.

As for myself, I’ve stayed interested in education reform, particularly how we might improve after- school programs in our area, despite cutbacks from the school district. Right now, I’m just casually talking to parents when they have a minute, and attending a few meetings. I have a better sense now of how things get done. Which is probably why I hesitate. I know it’s going to be another long road. I also know that it’s not likely to happen unless enough people with a shared interest get together with a flipchart.