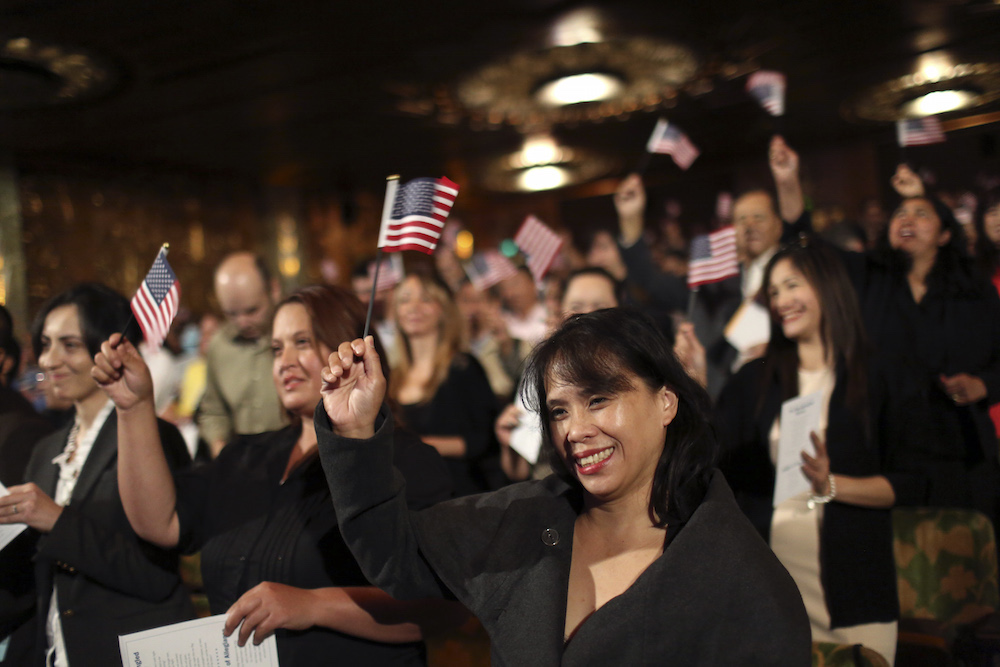 Whether you agree or disagree with America’s current or past immigration policies, it’s hard not to shake your head at one distinctively American aspect of immigration policymaking—how it tends to disregard social and economic dynamics that drive migratory flows and patterns. America’s immigration policy seems to be set in some aspirational abstract, focused on the type of country we want to be, but detached from real-world considerations.

Such was the case in 1965 when Congress undertook a major overhaul of the nation’s immigration law. The landmark reforms were introduced for the noblest of goals—to eliminate racism and prejudice from the U.S. immigration system; but they were enacted without a clear understanding of how and why people migrate to the U.S. from particular countries, or how the anticipated congressional action might affect those patterns.

And so, one unintended consequence of the well-intentioned 1965 immigration reform was an unprecedented rise in illegal migration. This is turn set in motion a cycle of border enforcement that produced more, rather than fewer, undocumented migrants living north of the border—not to mention the toxic politics around the issue.

In the context of the burgeoning civil rights movement of the 1960s, bans on Asian and African immigration imposed in the late 19th and early 20th centuries, along with restrictive quotas enacted in the 1920s to curtail the entry of southern and eastern Europeans, were seen as intolerably racist. Likewise, a longstanding guest worker agreement with Mexico known as the Bracero program came to be seen as an exploitive labor regime on a par with southern sharecropping.

To right these wrongs, Congress in 1965 let the Bracero program expire and passed amendments to the Immigration and Nationality Act to eliminate discriminatory national origins quotas and increase the worldwide cap for permanent settlement. The idea was to create a new unbiased system that would allocate visas equally across countries with an annual limit of 20,000 visas per country.

You don’t need to look at a map (but it does help) to appreciate the problem with treating countries similarly (and thus presumably “fairly”). Mexico is next door; Bangladesh is not. There was already a well-established migratory flow between Mexico and the United States, and a longstanding cultural, familial, and historic overlap between the Southwest and our neighbor to the south. Moreover, these unrealistic caps on legal Mexican migration were being imposed just as the two economies were becoming increasingly interconnected, leading to the North American Free Trade Agreement that was enacted in 1994.

In theory, the new approach created a “fair” system in which each nation had the same level of access to the same number of U.S. visas each year. In practice, however, the new system gave people in smaller nations much greater access to the U.S. than large nations. Both South Korea and India had an annual allotment of 20,000 visas, but the former had 28.4 million habitants in 1965 compared to the latter’s half billion, which made it much easier for Koreans to obtain permanent residence visas.

Nonetheless, since we were moving from an outright ban on entry from Asian nations, the net effect of the 1965 Act was to increase the presence of Asians among arriving immigrants. In the 1960s, Asians comprised only 11 percent of immigrants—today the share is almost 40 percent. To a lesser extent, the reforms also opened to the door to immigrants from Africa and the Middle East.

There was relatively little demand for entry from Europe, which was then in the process of becoming a magnet for migrants in its own right. The restrictive aspects of the new system fell primarily on nations in the Western Hemisphere, where no numerical limits on legal immigration had existed prior to 1968.

The greatest impact was felt by people seeking to migrate to the U.S. from Mexico. In rough terms, during the late 1950s, annual Mexican migration was running at around 500,000 persons per year, 90 percent on temporary work visas and 10 percent on permanent residence visas (though many with work visas used their Green Cards to circulate freely back and forth). In 1965, Congress abruptly suspended the Bracero program and by the late 1970s, Mexico had access to just 20,000 residence visas, and no work visas, per year.

In making these changes, lawmakers gave little thought to their impact on the circulatory flow of Mexican migration that had evolved over two decades in response to economic circumstances on both sides of the border. U.S. labor demand continued apace, Mexican wages remained low, and after 22 years continuous movement back and forth, communities throughout Mexico were strongly linked to employers and destinations in the United States. When opportunities for legal entry closed up, the flows were quickly re-established under unauthorized auspices. As a result, apprehensions along the border began to rise, signaling the rise of a new phenomenon known as “illegal migration.”

The volume of unauthorized migration rose steadily after 1965, but stabilized by 1979, when the total numbers of illegal migrants reached the levels observed in the late 1950s. Thereafter migration fluctuated in tandem with changing economic conditions north and south of the border, but ended its sustained rise. Even though the inflow of unauthorized migrants stopped growing, however, the number of border apprehensions continued to rise as a new dynamic took hold. Beginning in 1976, when the head of the Immigration and Naturalization Service published an article in Reader’s Digest warning U.S. citizens about a “growing, silent invasion of illegal aliens” that threatened “to become a national disaster,” each annual increase in border apprehensions was marketed by bureaucrats, politicians, and pundits as proof of the ongoing “alien invasion.”

The end result was a progressive militarization of our southern border. Although little had changed in practical terms in the years after 1965—the same migrants were leaving the same communities to go to the same employers in the same U.S. states in about the same numbers—now the migrants were “illegal” and hence by definition “law breakers” and “criminals” who could be framed as “stealing” U.S. jobs and “robbing” taxpayers by taking advantage of social services to which they were not entitled.

In public discourse the “illegal invasion” became linked to the perceived national security of the day: to communist infiltration in the 1980s, drugs in the 1990s, al Qaeda and ISIS in the 2000s, even Ebola this decade. In the American imagination, the Mexico-U.S. border came to be seen symbolically as the defensive line separating America from a hostile world.

From 1980 to 2010, the Border Patrol budget rose 16 times, despite the fact that the number of attempted undocumented entries was not itself rising. The increase in border enforcement channeled migrants away from traditional crossing points in San Diego and El Paso into the rugged terrain of the Sonoran Desert, markedly increasing the costs and risk of unauthorized border crossings and diverting migrants away from California to new destinations throughout the nation. Faced with the significant risks of crossing the border, after first entering the U.S., Mexicans hunkered down to stay, dramatically reducing the rate of out-migration while leaving the rate of in-migration largely unaffected. As migrant workers spent more time north of the border, their spouses and children increasingly migrated to the U.S. to join them.

In short, between 1965 and 2005, shifts in U.S. immigration policies succeeded in transforming what had been a circular flow of male workers from Mexico going to a few states into a settled population of families living in 50 states while dramatically increasing the undocumented population, which today stands at 11 million.

This all resulted from immigration policymaking rooted not in geographic, demographic, or economic considerations, but in America’s deeper hopes and aspirations—and its fears and insecurities. In the 1960s, the impetus was the aspiration to end racism. Since the 1980s, sadly, policy has been more predicated on fears of alien invasions, America’s changing racial and ethnic composition, and a host of real and imagined external threats.