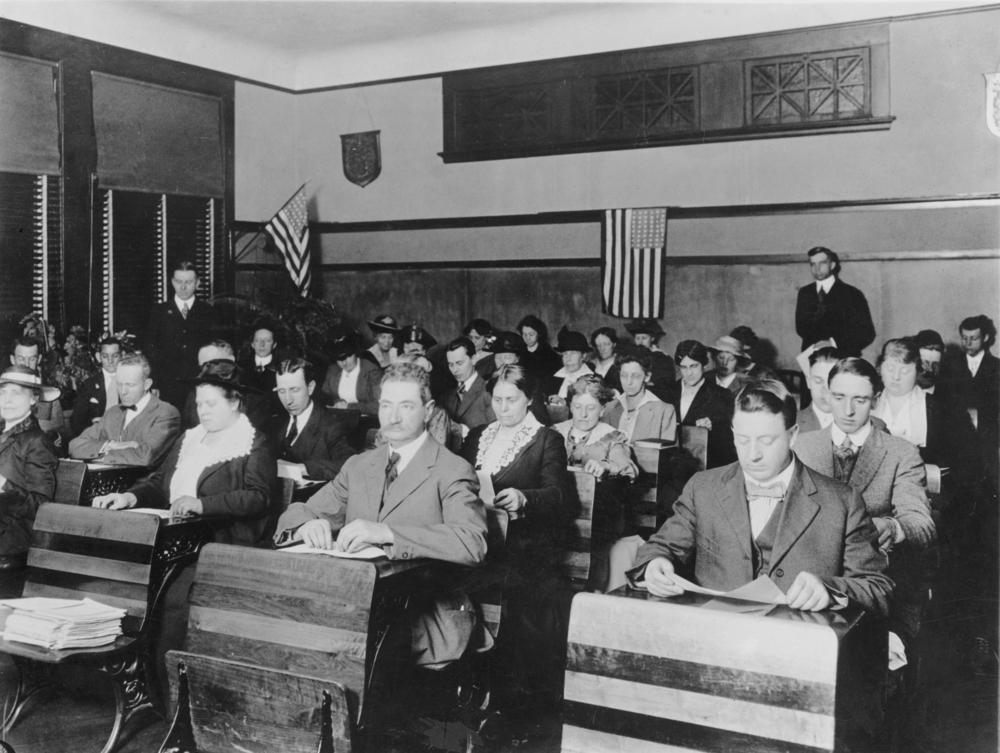 The United States takes in far more legal immigrants each year than any other nation on Earth, more than a million. We Americans have a great deal of confidence in our ability to welcome and integrate these newcomers and their children. Indeed, we consider it one of our defining traits as a people, and as a nation.

But our successful integration of immigrants is less exceptional—whether we take that word to mean unique or excellent—than we often think when compared to other countries. That is our conclusion after undertaking a comparative study of immigrant integration in six North American and Western European countries, which are all home to large foreign-born and second-generation populations. While the United States looks exceptional in one aspect of immigrant integration we examined, in many ways it either lags behind the other five countries (Britain, Canada, France, Germany, and the Netherlands) or appears about average. Our focus, we should note, was on the groups that most challenge societal integration capacities—those that arrived with low status. In these groups, the immigrants came with limited (if any) education, and took jobs at the very bottom of the labor market. In addition, they are considered ethnic, racial, or religious outsiders. Examples are Mexicans in the U.S., North Africans in France, and Turks in Germany and the Netherlands.

Immigrant families in the U.S. trailed those in the other countries when we compared income relative to the national average. The incomes of Hispanic immigrant families in the U.S. are considerably lower than those of native families; this gap is much greater than the difference between non-EU immigrant incomes and those of native families in Europe. Just before the Great Recession began, the average income of Hispanic immigrant households was only 57 percent of that of native households. For non-EU immigrant families in European countries, this fraction varied between 75 and 90 percent. No doubt the low incomes of U.S. Hispanics reflect, at least in part, that many are undocumented and therefore highly vulnerable in the labor market.

Indeed, the remarkably large number of undocumented immigrants in the U.S.—about 11 million, or about a quarter of all immigrants—is another way in which the U.S. compares unfavorably to Europe and Canada, where the number and proportion of undocumented are far smaller given the lack of a shared border with a low-wage sending country and less tolerance for the hiring of unauthorized labor.

The degree of residential segregation of low-status immigrant groups is also worse in the U.S. than in any of the other five countries. It is not just a matter of living apart from long-established natives. The residential contexts in which immigrant families are raising children are often worse in the U.S., too, given the presence of pre-existing urban ghettoes where many immigrant families start out and weak public policies to address poverty concentrations. No country in Western Europe has an equivalent to the South Bronx, for example—an area encompassing more than a million people, including numerous immigrant families living among other minorities, with a poverty rate approaching 40 percent.

When it comes to the social and economic mobility of the children of immigrants, there are both better (Great Britain) and worse (Germany) countries for immigrants these days. In almost all countries with large low-status immigrant populations (with the exception of Great Britain), the second generation experiences sizable educational inequalities compared to the native majority. The children of low-status immigrants generally are much more likely to leave school without a meaningful educational credential, condemning them to the bottom of the labor market; and they are much less likely to earn a university diploma. Despite signs of considerable improvement since 2000 in the educational records of Hispanic youth, the educational inequalities in the U.S. are as great as in much of Western Europe.

There is one respect in which the U.S. is exceptional—along with Canada: Americans are quick to accept immigrants as Americans-in-the-making and to regard their U.S.-born children as full-fledged members of the national community. And the immigrants and their children often reciprocate by showing high levels of patriotism, evidenced by a willingness to serve in the military. This ready acceptance of immigrants reflects our bedrock nation-of-immigrants self-definition. Consistent with it, Americans regard hyphenated identities as normal and expected, easing the psychological burden of integration by allowing the descendants of immigrants to combine ethnic identities rooted in immigrant experiences and cultures with Americanness. Americans rightly view this tolerance for diversity as different from the agonizing in much of Europe over immigrant cultural difference and the common fears there that immigrants and their children, and even grandchildren, will remain aliens in their midst

But this willingness to accept immigrants and their children as part of the American nation should not be confused with on-the-ground institutional arrangements that improve the opportunities for immigrants and their children to move ahead, such as the maternelles, the universal pre-K system in France that brings the children of immigrants into a mainstream-language setting before age 3. A major finding of our six-nation study is that integration is not synchronized across multiple domains: A country like the U.S. can be outstanding in one way while it is average or below average in others. In countries like France and the Netherlands, by comparison, the prevailing attitudes toward immigrants, certainly those who are Muslim, may entail skepticism and hostility, but at the same time there is more concern to craft public policies to ease integration, if not for the immigrants, then for their children.

In America, conversely, the more accepting personal views held by many (but hardly all) towards immigrants mask the need for public action and policies to facilitate integration. This is partly due to another bedrock American belief—the value on self-reliance. Looking back to their own families’ immigrant narratives from the past, many Americans downplay the struggles and difficulties their ancestors faced in their migration and remember, instead, the ultimate, and successful, assimilation of the immigrants and their children. Americans often think that immigrant incorporation works best when the newcomers make their own choices as to how to adapt. These family memories burnish our shared narrative of America-as-land-of-opportunity for immigrants, and support the common view that integration happens naturally in this “great” and “exceptional” country for those immigrants prepared to work hard for it.

There are plenty of reasons to extoll the merits of American individualism, but embracing a sink-or-swim Darwinism to immigration is to distort both the past and the present. Americans fail to appreciate, for example, how much the massive mobility of the second and third generations in the mid-20th century depended on post-war government investment in public colleges and universities, which in just three decades expanded five-fold the capacities of the country’s higher education system.

As for the present, Americans shouldn’t complacently ignore the challenges facing contemporary immigrants, nor those faced by our society in receiving them. We cannot take for granted that our country will succeed at integration in the future, absent a more concerted effort to do so. An important lesson from our comparison is that the U.S. needs to take more affirmative steps to promote immigrant integration, whether this is a matter of outreach to encourage naturalization (something Canada does), co-ethnic mentoring programs to assist students whose immigrant parents lack education beyond primary school (something the Netherlands does), or policies to support social mixing in neighborhoods and greater opportunities for decent public housing (again, as in the Netherlands).

The spread of immigration throughout the wealthy West creates a series of natural experiments of different policies and institutional arrangements from which each country can benefit by scouting the landscape to see what works. The United States needs to give up the illusion that it is the brightest beacon of hope for immigrants and realize that it now can learn from others.