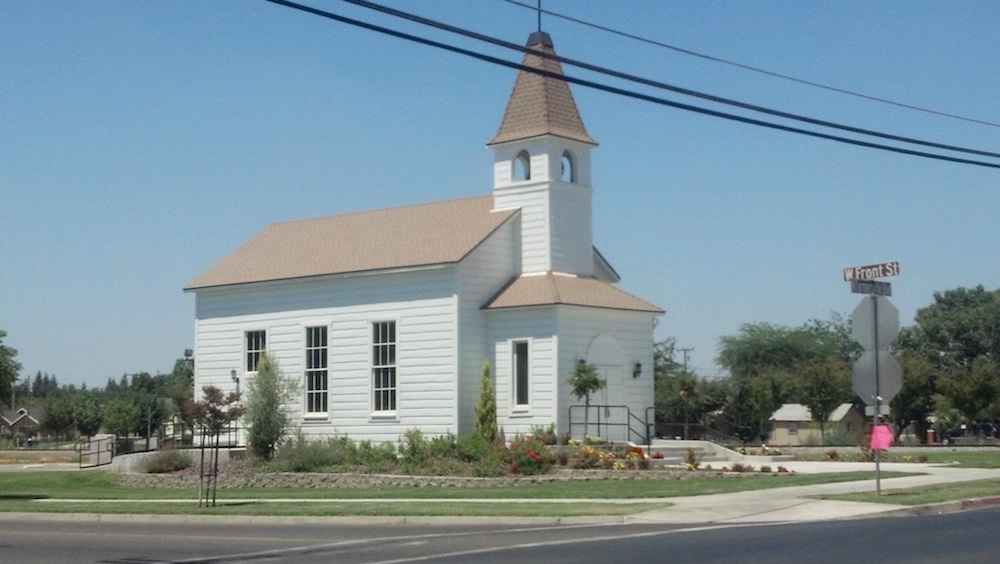 As mayor of Farmersville, I’ve had to do a lot of thinking recently about what qualities make a community truly healthy.

Farmersville, population 10,500, is right outside Visalia. Farmersville’s problems are not the ones you hear about in coastal California cities. We have plenty of affordable housing, and we don’t suffer from sprawl or gentrification. We are young: The median age in Farmersville is 25. We also are 85 percent Latino. Water isn’t a problem: We are very fortunate to have access to a healthy aquifer. The city was even in a position to extend municipal water service to the residents of a nearby unincorporated township who were already experiencing dry wells.

I moved here with my family in 2007 because it was close to my job and it’s the kind of small town that shuts down by 8 p.m. Life is nice here: Go outside at night and you may go deaf from the lack of noise, but you’ll be too busy looking at stars you’ve never seen before. Neighbors know each other, so crime is low. You can still leave your door unlocked if you need to run to the store. We have many churches in town, including the First Methodist Church, which is over 100 years old and was built by logs hauled down from the Sierras on mules.

Environmentally, Farmersville just adopted a green energy plan that prioritizes reduction of carbon dioxide emissions. Our police department makes use of hybrid vehicles and electric patrol motorbikes, and we offer a program during the holidays in which residents can exchange their incandescent light strings for LED lights. Our landfill diversion rate is the highest in the county; we recycle 80 percent of our solid waste. From the outside, we’re a sweet little town.

So what’s missing here? Many things. Farmersville doesn’t have an electronics store, a grocery store, an institution of higher learning, or a base of local-tax-producing businesses. Our lack of fiscal health impacts our physical health too. We are the other California—not the one in the news constantly fretting about runaway growth. We are the flip side of the California explosion, the forgotten middle child left to languish and struggle with its identity, as well as obesity.

It took time for me to understand how fiscal health and physical health were connected. Soon after I moved here I attended a council meeting and asked the city council for an appointment to a commission. I felt a duty to give back. There was an opening on the planning commission. A few months later, I was selected as the vice chair and a few months after that, I was selected the chairman.

I had noticed that the council was doing little to promote the city and attract growth. Our family had to travel seven miles to Visalia to shop for groceries, clothes, and other household basics. A former city councilman used to say you couldn’t buy a hammer or a television in town. You also can’t buy a vegetable or baby formula—though you can buy beer and snack foods at the convenience stores.

The three largest employers of our residents are retail services, dairy and farming, and local governments (including the county, other cities, schools and hospitals), in that order. Lower housing costs and the fact that we’re commuting distance to Visalia, the largest city in our county, contribute to us having more residents per square mile than any other city in our county. But this close proximity also contributes to our struggles; businesses would rather be in Visalia. At one point, we had a major retailer use us as leverage when they were having difficulty expanding their existing store in Visalia. When that city allowed the retailer to build in another location, we were left in the cold. 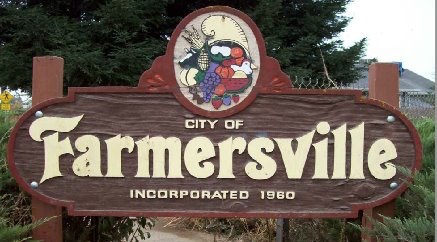 There are three ways this lack of stores and tax base affects the health of Farmersville. First, we simply can’t sustain ourselves financially. We depend on grants from the state or federal government to maintain basic services like police, fire, and park maintenance. Our schools don’t offer the same programs that our kids enjoyed in the larger city we moved from. We have parks, but no staff. Recently we got a library, but again: no staff.

Second, we can’t grow or keep our kids in town. Last year, we graduated 100 kids from our high school, but most of them will not stay here because we don’t have enough jobs or opportunity. Last year, we grew by just seven residents. My fear is that we have remained stagnant for so long that lack of growth has become normal.

Finally, this is affecting our physical health. I didn’t understand this until I heard from a community member who had just attended our Memorial Day Parade along with a family member, a doctor who was visiting them from Denmark. This parade is epic—junior high and high school marching bands, low-rider car clubs, church groups, youth athletic leagues. And: the entire city gathers to pay respects to our fallen soldiers.

But the Danish doctor saw something other than the parade—he saw a city that was a ticking time bomb. He was referring to the level of obesity in individuals he witnessed along the parade route. That really hit home for me. It’s not just that you can’t buy a carrot in Farmersville. We also can’t afford to staff a recreation department and programs for healthy living; instead we depend on volunteer coaches and youth organizers for the sports we can offer.

That conversation gave me a new sense of purpose. I began a dialogue with convenience stores and asked them to consider stocking more vegetables. We’d like to lure in a produce store. We’re working with the Tulare County Health and Human Services Agency to make October “Rethink Your Drink” month. We’re trying to add bike lanes, more exercise trails, and more focus on resident’s physical health. We’re trying to encourage walking. We’re talking with a local non-profit, El Quinto Sol de America—an advocate for disadvantaged communities in Tulare County—to build buffer zones to prevent pesticides and crop dust from drifting into school and residential areas.

But there’s only so much a town of 10,000 people can do to change our destiny and draw jobs and tax dollars.

In California, cities like ours don’t have much recourse. We are not on the radar of the state’s legislators, many of whom have only visited the Central Valley from 30,000 feet in the air as they shuttle between Sacramento and Los Angeles. We’re not the “Cool California” or the “Hollywood California” so we don’t merit the attention. Respect in the capitol comes from numbers, and we don’t have the population to make our presence felt and bring home program dollars.

The elimination of redevelopment agencies and enterprise zones didn’t help us either. Both had their problems, but they were two of the few tools we had. While we wait for the legislature to help us with new tools, we’re able to whittle down our waistlines. It’s ironic that it may be easier to solve our obesity problem than our fiscal one.