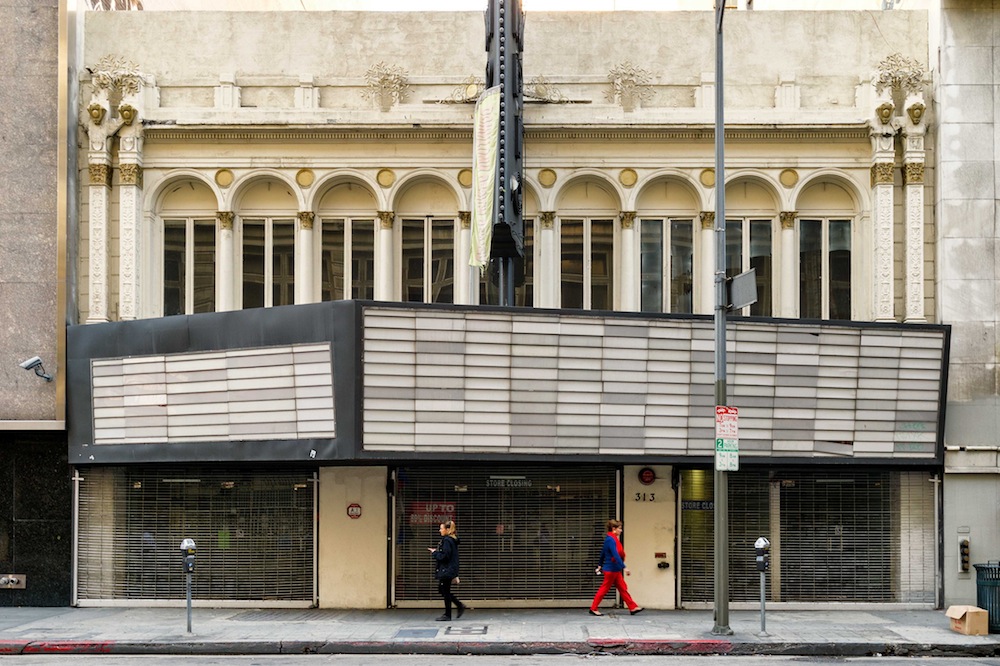 Has Los Angeles downsized its dreams?

In the last century, Southern Californians dreamed so big and global that the size of our aspirations came to define this place. We created a 20th century cosmopolitan metropolis, extending from the mountains to the sea, a cultural and commercial trendsetter. We shaped the city into the entertainment capital of the world, and sought to be the sunniest, wealthiest, best educated, most sports-friendly, most entrepreneurial, most beautiful (in terms of people and landscape), and coolest region anywhere. L.A. was a place where the lives of poor and middle-class people would be transformed, where—in the words of Mayor Tom Bradley—“the only thing that will stop you from fulfilling your dreams is you.”

“People cut themselves off from their ties of the old life when they come to Los Angeles,” said Bradley, who served as mayor from 1973 to 1993. “They are looking for a place where they can be free, where they can do things they couldn’t do anywhere else.”

Today, ambition has given way to trepidation. Our most powerful aspirations are no longer about growing the city or its global footprint, but about splitting it into pieces, shrinking it into smaller communities. With our working class squeezed and the number of children in decline, we dream not of economic advance—but of finding a grip on some small ledge of L.A. that we can make our own, and hold onto as we age.

Our region’s current visionaries have convinced many of us that the best way to cope is to turn L.A. into a group of small villages, self-contained and sustainable—on the scale of the sorts of places previous generations fled to come to the big city.

We no longer want to attend big school systems (reformers are busy creating charter schools), work in big industries (we’d prefer one of those downtown or Playa Vista start-ups), or drive on big roads (we’re narrowing them to fit in bike lanes and new rail lines). We don’t even want a sprawling regional Olympics; our bid for the 2024 Games envisions a sporting festival divided up into five tight clusters in different parts of town.

And when it comes to the innovation and creativity that shape the future, we’re content to cede leadership to Silicon Valley. Hollywood now goes to great lengths to do much of its creative work elsewhere, at least when it isn’t cashing in its state subsidies.

We’re told a splintered L.A. will be a better L.A. because it will run at a slower and more human pace, organized around everyday needs, not unrealistic global ambitions. We will live narrower lives on narrower streets that discourage driving, but those lives will be healthier and more comfortable, and we will feel a sense of belonging in these small places.

It’s worth noting that the words Southern Californians use to describe their aspirations haven’t changed—L.A. was always driven by visions of efficiency, health, and coolness. But the meanings of those words are different now. Cool was once big and fast and loud; it’s now intimate and slow and quiet. Efficiency once meant building great highways and waterworks across great distances; now the height of efficiency is to retrofit and redesign existing infrastructure, as we aspire to do with the L.A. River.

We once defined health by what we did—to be healthy was to do it all and see it all and eat it all, to not be tied down to one place. In today’s L.A., health is defined by our ability to deny ourselves. Health is to not smoke or eat too much, to not drive or spend too much time away from the familiar—our families, our homes, our neighborhoods.

But there is something hollow about this new aspiration of health. It’s health as an absence—of risk, of pain, of conflict. Get your kid into the charter school that suits her perfectly, that won’t cause her any distress. The city of Los Angeles’ highly touted Mobility Plan even suggests we regulate the city’s recreational trails so that bicyclists, hikers, and horseback riders aren’t in the same place; “The first priority is keeping trail users safe and preventing conflicts between various users,” the plan reads.

Are we becoming The Agoraphobic City? There are risks to mitigating risk. Great cities, the urban theorist William H. Whyte argued, are about the unexpected collisions between strangers. And a city can’t be great when its people are keeping their distance, glued to their smartphones, and staying at home in their respective enclaves.

We know all too well the dangers and unintended consequences of our sprawling, car-centric, hyper-diverse, globally ambitious metropolis. But there are obvious threats in our desire to split apart into smaller like-minded enclaves—to our diversity, to our economies of scale, and to the very idea of Southern California as a single entity itself.

The biggest threat is to our already frayed commitments to equality and democracy.

It’s disturbing that so many of our grand planning exercises amount to democratic dodges. For example, the Los Angeles 2020 Commission was created by the city council during the 2013 mayoral election explicitly to push big questions about our future beyond the election season. You will not find the word “democracy” anywhere in the 200 pages of the Mobility Plan, nor will you see democracy discussed in school reform or economic plans for the city. Los Angeles’ leaders may have big plans to confine us to smaller communities. But they have no plans to let these communities govern themselves.

In some ways, today’s L.A. elites are even more self-confident and self-righteous than those who came before. They are more diverse (though not as diverse as L.A. itself) and better educated. In this city of cool, the nerds are now ascendant, led by Eric Garcetti, Rhodes scholar and nerdiest mayor in our history.

These elites revere systems and data and technology, and they have a bad habit of talking about L.A. as if it were a controlled test lab, not a wondrously chaotic home to millions of independent-minded people. Our elites talk endlessly about using the city as a stage for creating “models”—business models, education models, technological models, innovation models, water conservation models—that they can export elsewhere.

Take the Broad Foundation’s plan for charter schools, which states that Los Angeles offers “an opportunity to create a national proof point for other states and cities.” Or look at the Mobility Plan, which suggests we should all be planning every trip we take outside our front doors, calculating all the costs and benefits of our multiple transportation options. Serendipity? Bury her next to Grandpa at Forest Lawn.

Much of what passes as visionary planning for L.A.’s future amounts to small think, answering the challenges of a giant metropolis with plans to create small towns.

If our thinking were bigger, our aspirations would not be to create small models, but to create a shared sense of community and citizenship across the entire metropolis. We should be working to attract new industries and new families and new immigrants to renew our region and its culture. We should be building on our regional progress (in areas like trade infrastructure, smog reduction, and transit) and working to break down the barriers of class, distance, and governance. Why, for example, does L.A. County still have 88 separate (and often poorly run) cities?

The good news is we are building bridges—particularly public transit—to try to connect ourselves better. The bad news is that we’re not building nearly enough. California’s dysfunctional governance and 2/3 vote requirements are huge obstacles to creating sufficient transit, housing, parks, and other improvements to fulfill the aspiration for more separate neighborhoods.

Our abstemious culture also works against investment and transformation. In today’s California, we have tragically married the essential fight for environmental protection to a crippling obsession with government frugality—and fashioned the combination into a club for saying no to just about anything not backed by a billionaire. And so it’s a safe bet that—without much deeper and more democratic integration across the region—we will leave the transit job half-finished at best, our enclaves still too cut-off from each other.

There’s another problem: In a big metro area, connections can’t be made just through transportation. They come through shared culture and experience. We already have too little of this. Many of the institutions that connect us—from the waterworks to the news media—are decaying. Most of us can’t even watch the Dodgers on TV anymore. Will splitting us up into separate neighborhoods and schools really simplify our lives and give us time to connect in other ways? Or will these aspirations for smaller L.A.s merely add to the complexity of navigating this complex place?

Los Angeles is already too separated, its places walled-off, its culture and politics too top-down. We can’t manage to unify our two ports, sitting side by side, a failure that comes with significant costs to our global competitiveness. As several scholars show in the new book The Rise and Fall of Urban Economies: Lessons From San Francisco and L.A., the Bay Area surpassed L.A. economically over the past 40 years by adopting a far more open and democratic culture, with less hierarchy and more exchange of ideas and capital between people, companies, and academia. The Bay Area, in other words, built networks. L.A. remains too much a land of separate empires.

These days, there is a strange nostalgia among governing elites for early 20th-century Los Angeles, a smaller, dense, and segregated city with streetcars. According to this revisionist history, Southern California’s departure from the straight and narrow came in the second half of the 20th century, when we sprawled and built too many freeways and unsustainable infrastructure. What’s forgotten is that the late 20th century also made L.A.—through great struggle and pain—a more diverse and international, safer and less polluted place. Southern California needs a revival of that spirit of breaking boundaries, not plans to erect new ones.

The return to a smaller L.A. is not an inspiring dream. It reflects an understandable weariness with all our earlier growth and ambition, but it isn’t a recalibration for a new century. It’s more of an abdication.