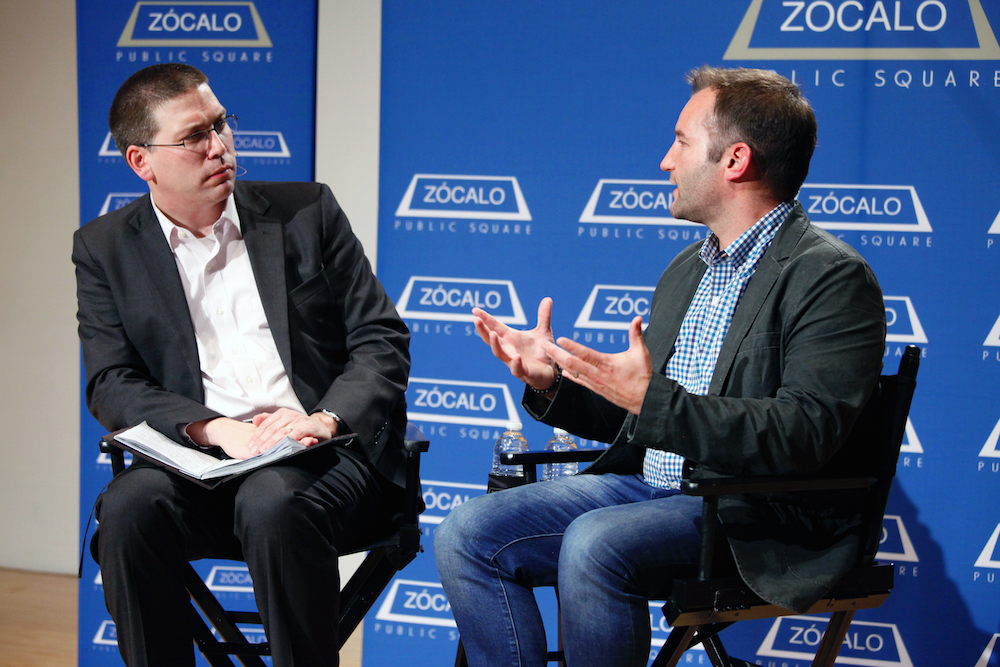 From annexing Crimea to dropping bombs in Syria, Russian President Vladimir Putin has led his country down a path for the past two years that worries many Americans. Given his aggressive tactics and long history of iron-fist control, why is Putin still in power? Why do Russians put up with him?

Wall Street Journal International Security Reporter Julian E. Barnes opened a Zócalo discussion with “Morning Edition” host David Greene with that question, encouraging Greene—a former Moscow correspondent, and author of Midnight in Siberia: A Train Journey Into the Heart of Russia—to shed some light on what makes Russia tick, and whether or not we have anything to fear from the nation.

“The West sees this situation as very black and white. In America, there’s this sense that Russians must be naïve, stupid, or just victims of propaganda,” Greene told a packed audience at MOCA Grand Avenue. “It’s true that the Kremlin propaganda machine is powerful, but you talk to so many Russians who are very smart, and they have incredibly nuanced, analytical takes on Putin.”

It’s not that all Russians believe it’s ideal for one person to be in power and control the entire government, Greene explained. Instead, it’s a matter of safety. “The world is incredibly unpredictable,” he said. “No one knows what will happen after Putin goes. So if not Putin, then what?”

The discussion touched on the roots of this viewpoint, and the fact that Russians are living in the midst of a chaotic time in the nation’s history. As an example of their mentality, Greene pointed out that many Russians consider Libya worse off now than it was before 2011, when dictator Muammar Gaddafi was overthrown. Greene described a “fatigue” among Russians, an unwillingness to struggle more than they already have: “It’s a real closing of the ranks, in terms of family. ‘We can tolerate this. I don’t want to go through a revolution and chaos and some bloody battle. I have what I need.’”

Barnes pulled a Russian saying from Greene’s book that illustrates this fatigue: “All good things come on their own.” It’s not a lazy sentiment, Greene agreed, but something deeper—and something deeply foreign, from an American perspective. “There’s no faith that if I stand up and fight, it’s going to lead to something good. I may as well just wait for that thing to come along.”

The result, Greene said, is that Russians have begun to pose questions about the world that are really uncomfortable to Americans, and add to our unease about their place on the world stage. He touched on the ongoing tensions and different perspectives of the East and West, including whether Western interventions are justified, but said that Putin’s current aims—and the potential for his aggression—are largely unknowable right now.

Is Putin trying to reassemble the Soviet Empire? Barnes asked.

“Lots has been written saying Putin made his move in Syria because he ‘lost’ in Ukraine,” Greene said. “But I still don’t think we totally understand what Putin was trying to accomplish [in Ukraine]. If his goal was to mess up Ukraine and create a frozen conflict in the East, he might have won. And I don’t know if Putin has some vast plan to invade Eastern Europe, but that fear of influence is really powerful either way.”

Putin’s motives in Syria, too, are hard to decipher, Greene said. It’s possible he felt some level of failure in Ukraine, or maybe he’s there to support Syria’s president, Bashar al-Assad. Or maybe he really does want to take down ISIS. “For years, Putin has felt the greatest threat to the world is Sunni extremism,” Greene pointed out. “And while you could certainly make the case that Russia is a threat to America because of its nuclear arsenal and its ideological oppositions to our values, in some ways, in terms of global threats, the U.S. and Russia both are threatened by the same force.”

Regardless of his motives, Putin only seems to be more popular as Russians feel more threatened by the threat of ISIS, Greene said. And Barnes saw a big question in that: Can anything be done to stop him? Would economic sanctions work?

“One reason that Putin has been able to maintain popularity is that people are doing better now than when he first came to power,” Greene said. “If the economy truly takes a tumble and people feel it in a real way, then I don’t know what happens.” But the Russian economy is incredibly complicated, Greene pointed out—which makes it very hard to predict.

A lively question-and-answer session broadened the scope of the conversation, touching not only on Russia’s relationship with America, but the rest of the world. Greene talked about how Putin is always on the lookout for natural alliances, and that “one of the great questions of the world” is what would happen if Russia and China banded together—which would be an especially difficult alliance for the U.S. But such an alliance still hasn’t materialized, Greene said, even though he would’ve expected it by now.

Other closing remarks took the conversation full-circle by returning to the nature of the Russian character, and the paradoxes in the culture that can be so difficult for Americans to parse. Barnes mentioned a Russian au pair he hired who said that Americans were always telling her to put on a happy face. “You write about this scowl the Russian people wear,” he told Greene. “Yet you also write about how everyone’s warm and welcoming. There’s this contrast between this cold exterior projected to the world and an incredible inward warmth.”

“In Soviet culture, when you’re on the street, you keep your head down and take care of yourself. But when you’re at home, that’s where you’re warm.”

He went on to emphasize that it’s important to have an understanding of Russia before anything else—to see things from their perspective before generalizing, and certainly before denigrating, the nation’s culture.

“I felt naïve after the fall of the Soviet Union, because I thought Russia would be on a very quick path to democracy,” he said. “But I’ve learned that the world is complicated, and that the system we have is not a system everyone in the world wants or dreams about. We have to ask: Is it helpful, harmful, or somewhere in between to believe that what we have is something the entire world wants to work toward.” 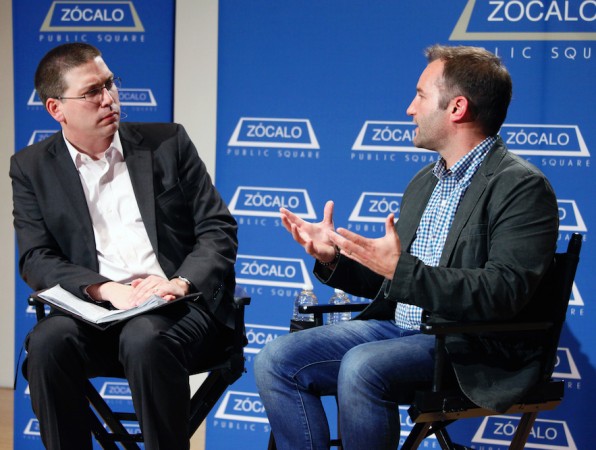 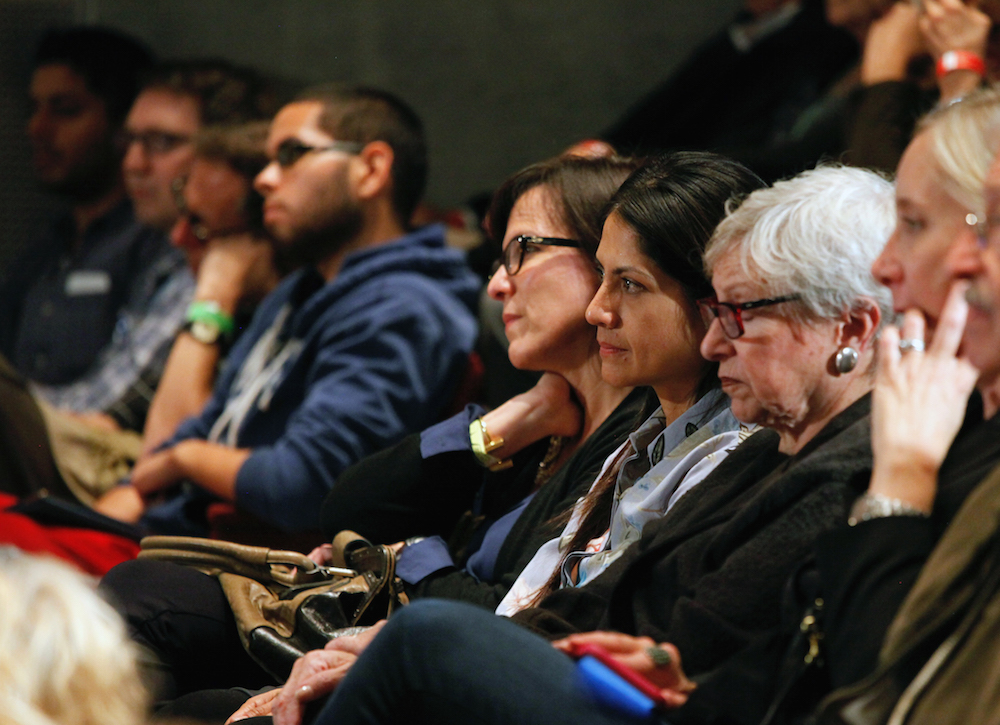 Great crowd at the Museum of Contemporary Art 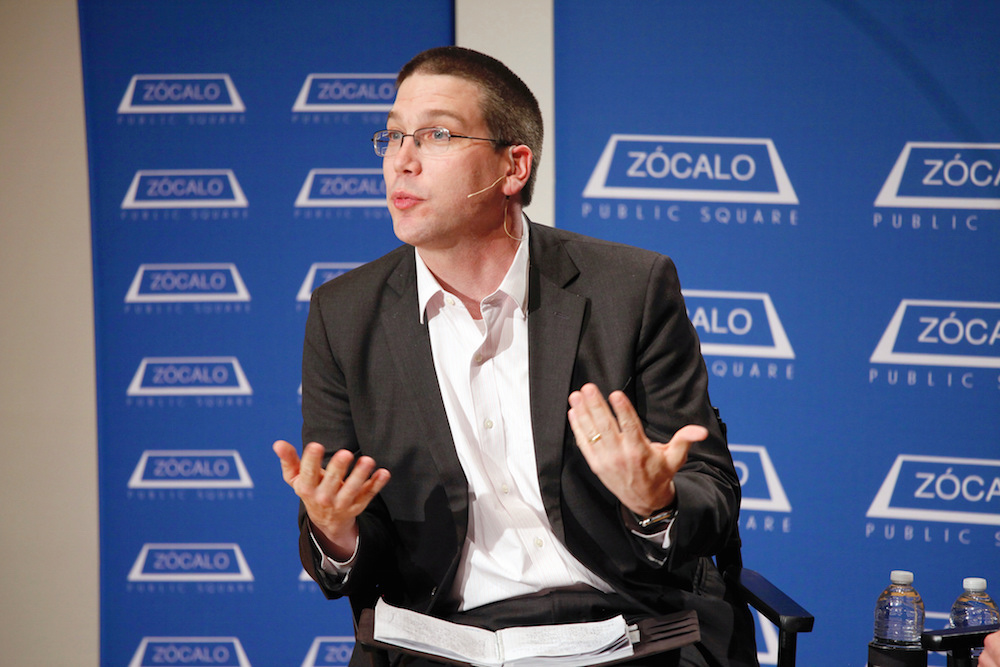 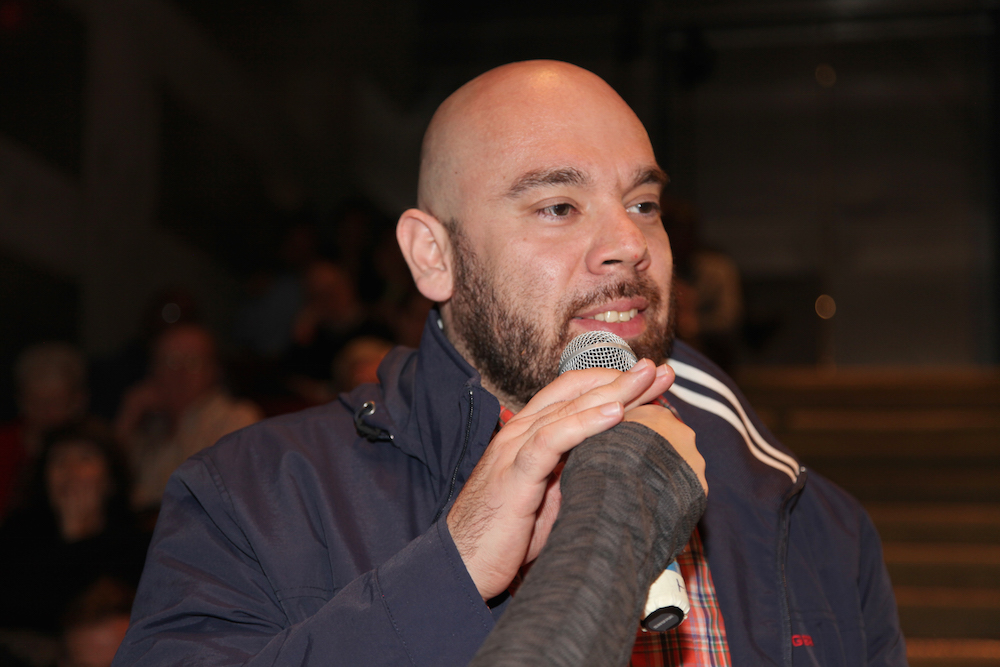 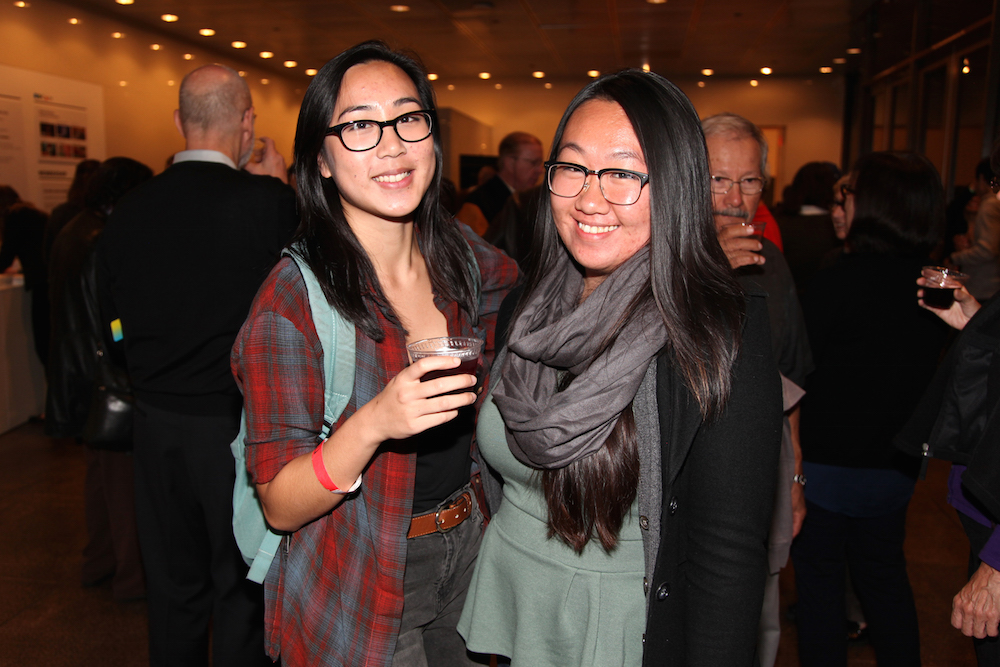 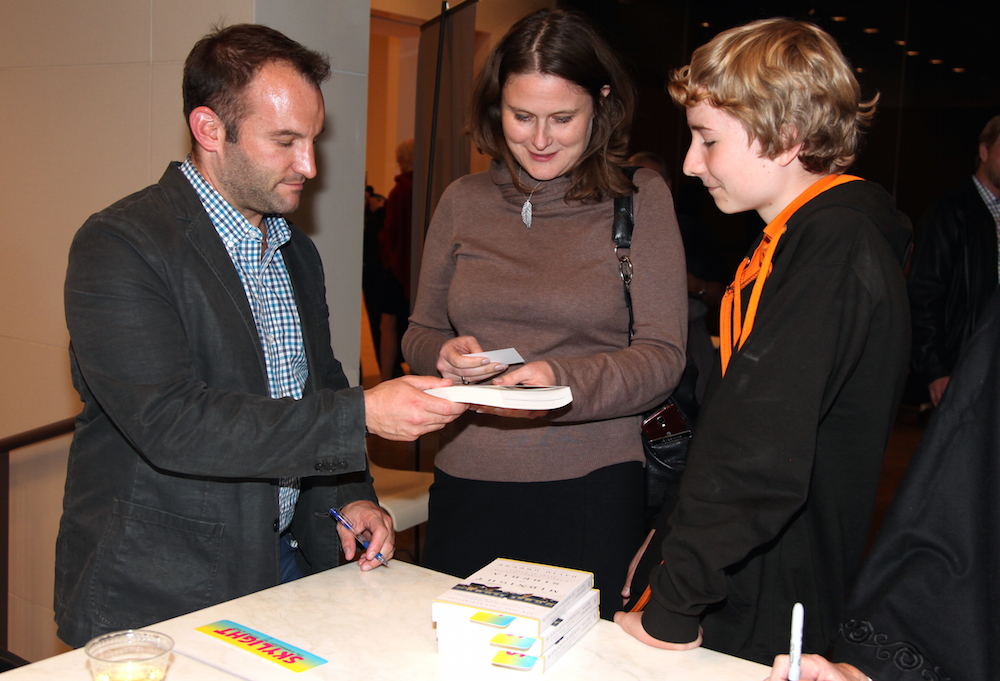 David Greene, left, with guests signing copies of Midnight in Siberia: A Train Journey Into the Heart of Russia