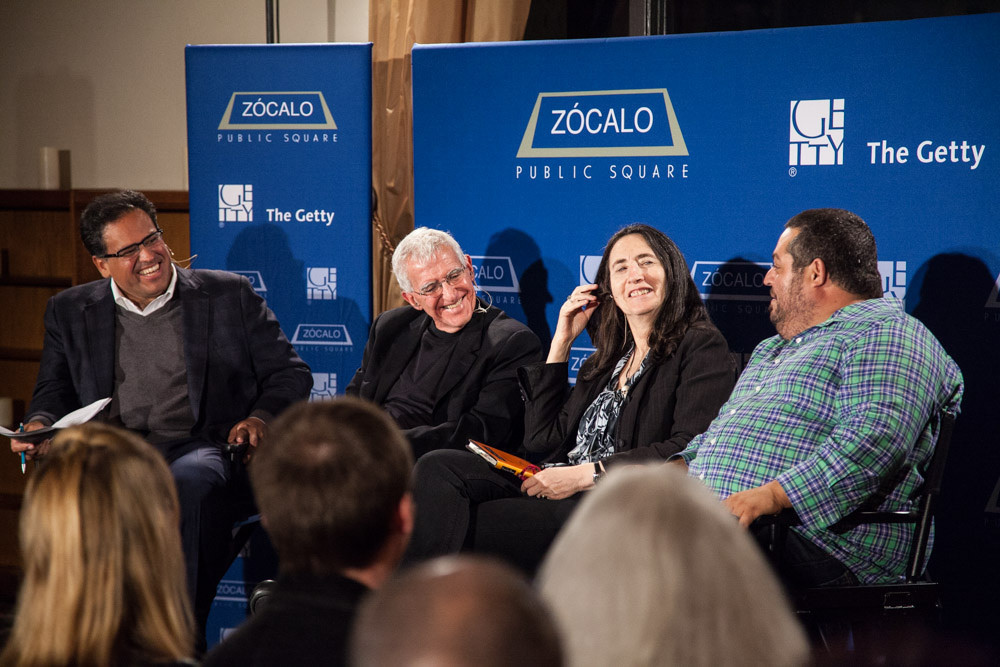 We shouldn’t let today’s cultural obsessions with health and moderation diminish the pleasure of partaking in feasts that connect us to friends and family, panelists agreed during an “Open Art” event on gluttony co-presented by the Getty at the Redondo Beach Historic Library.

Those panelists—a historian, an author of a book on gluttony, and a well-known chef—argued that feasting helps define us as human. When the moderator, Zócalo Public Square publisher Gregory Rodriguez, posed the question that gave the event its title, “Can Gluttony Be a Virtue?,” the chef, Eric Greenspan, replied: “If it’s gluttony to sit around with a lot of friends and have good food and get drunk, then you’ve got your answer.”

The evening’s subject matter of gluttony was inspired by the medieval art on feasting included in the Getty’s current exhibitions, “The Edible Monument: The Art of Food for Festivals” and “Eat, Drink, and Be Merry: Food in the Middle Ages and Renaissance.”

The event, Zócalo’s first-ever in L.A.’s South Bay region, offered a feast of tangents and digressions—about being fat, a great Oaxacan restaurant in West L.A., a drunken bachelor party, a Zen monk who ate steak, the heftiness of the Buddha, and every kind of food, from caviar to bean-and-cheese burritos.

The panelists talked in detail about the social role of feasts. Historically, feasts and acts of gluttony could be displays of power and even godliness. (Medieval monks ate very well, one panelist noted pointedly). Today, the script has flipped, and eating a lot, or eating unhealthily, can be marks of lower status, and make you a subject of fat shaming. “Gluttony is a way of looking down on the lower classes,” said Greenspan. “Whereas before, it was exemplified by the upper classes.”

Francine Prose, author of numerous works of fiction and nonfiction, including Gluttony, explained how our notions of gluttony have evolved with our ideas about salvation and damnation, health and illness, and life and death.

“Now we think of gluttony in a narrow construction—overeating,” she said. “When the early church fathers made a gluttony a sin, it wasn’t about quantity so much. It was about obsessiveness. The idea was not how much you ate, but how much you thought about eating. You actually were supposed to be thinking about God.”

Prose was critical of today’s obsessions with dieting and what she described as self-righteousness about eating and health. In response to an audience question about the perils of overeating, she lamented, “It’s very hard for people now, and especially women, to separate eating from guilt.”

“Feasts are an inherent part of our becoming human,” argued UCLA medieval historian Teo Ruiz. He noted that some historians have connected the beginning of agriculture to feasting, and feasts are part of Christianity, including Jesus’ miracle of turning water into wine, and the Last Supper.

Centuries ago, feasts and gluttony were also an expression of status—and remain so today. “There is a phrase that says, ‘You are what you eat.’ The reality of it is you eat what you are,” Ruiz said. Society in the Middle Ages was very hierarchical and “the people at the top saw it as part of their social duty to eat well and eat a lot,” while the medieval poor were gluttons, too—they were so poor and hungry all the time that they always thought of food. “Even to this very day … if you eat caviar and foie gras and all kinds of elaborate foods, you are clearly a member of the overclass,” Ruiz said.

Greenspan—a former contestant on Food Network’s “The Next Iron Chef” and owner of Greenspan’s Grilled Cheese, The Roof On Wilshire, and the recently opened Maré—said the food he makes is meant to be so “comfortable and hearty” that it “inspires that gluttony and obsession.”

Greenspan said that when he was executive chef at one of L.A.’s fanciest restaurants, Patina, he worried that diners weren’t having fun. He was wary of elite food culture. “Food is for sustenance and, for me, food is for enjoyment. When you put it on the pedestal—‘I’m here to take a picture and put it on Instagram’—that to me is the gluttonous part.” In response to an audience question, he said that food festivals often put food on too much of a pedestal.

The panelists said that a great meal or feast gets people talking to each other—and often what they’re talking about is what they’ll eat when they get together again. Said Ruiz: “The real moment of gluttony as a quality, not as a sinful activity, is when you are eating and already plotting the next meal.”

Greenspan agreed, but in response to a question about his greatest feast, he suggested his greatest meal might have been a 16-course lunch at the Pierre Gagnaire at the Hotel Balzac in Paris, which ended with him “passing out in the Jardin du Luxembourg.”

Either that, he quipped, or that great batch of chili cheese fries from Pink’s Hot Dogs in Hollywood. 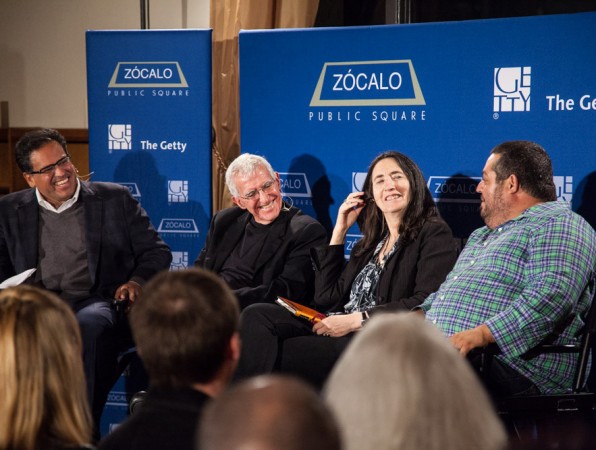 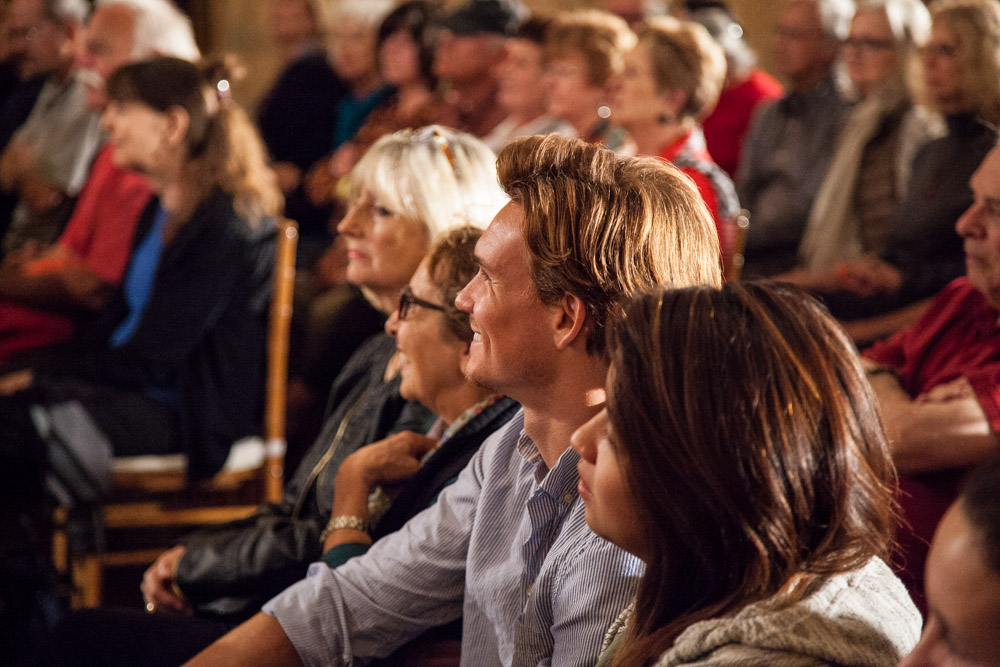 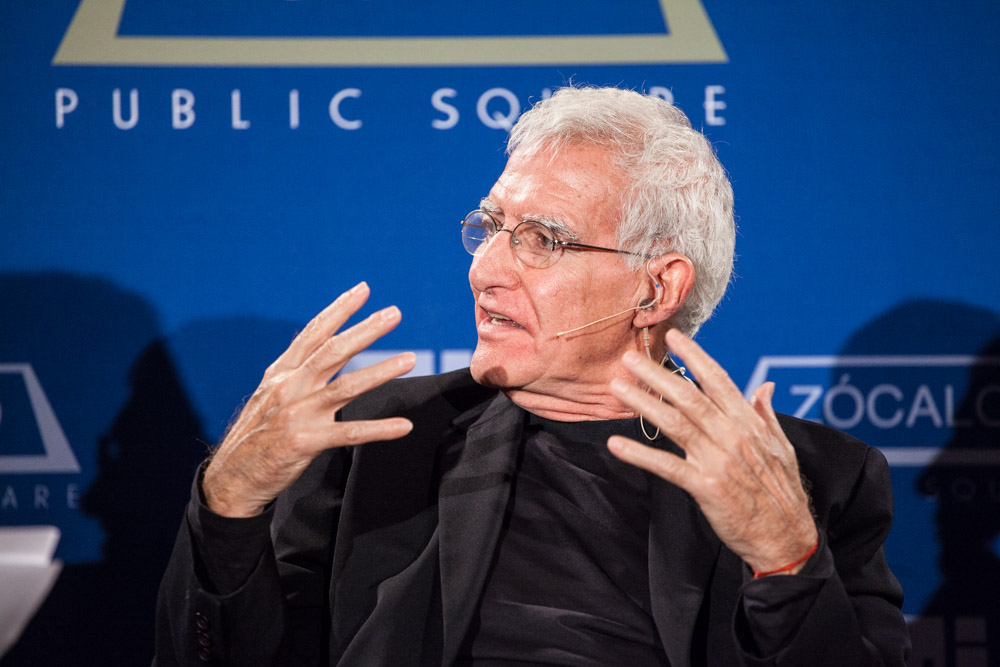 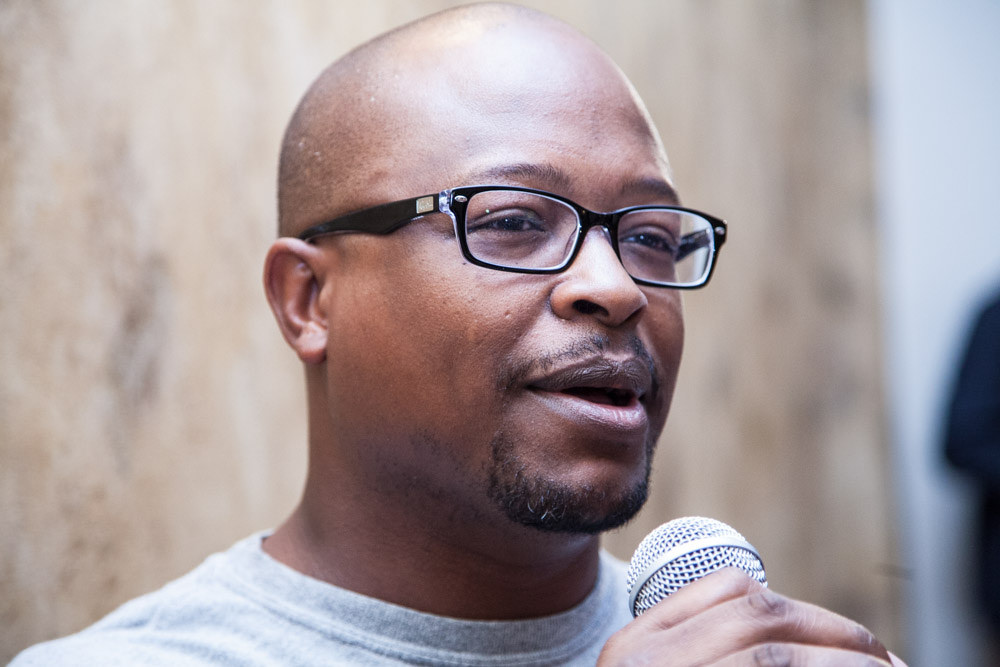 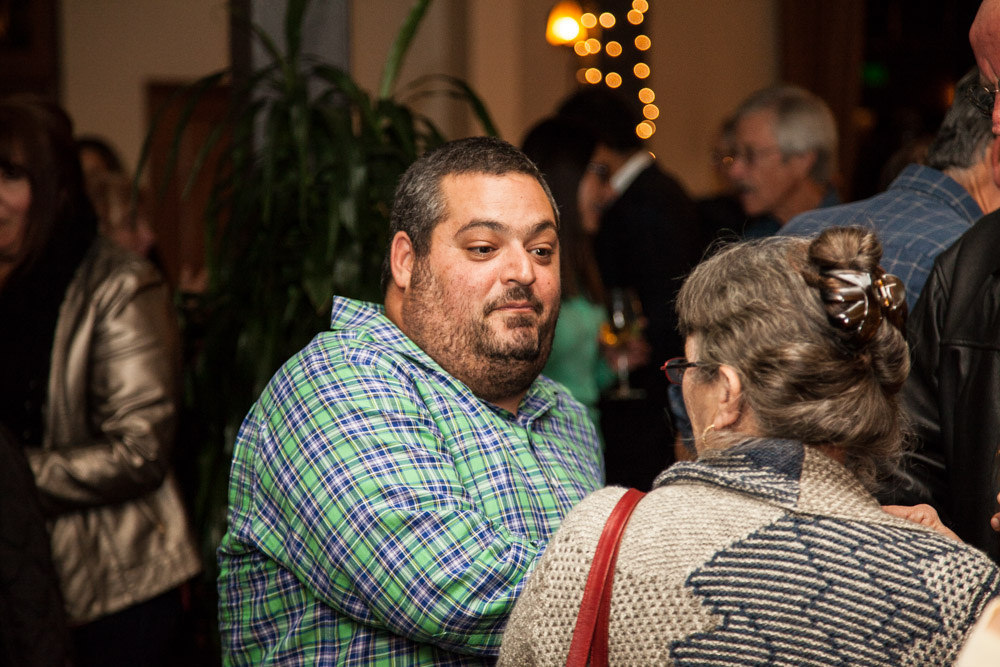 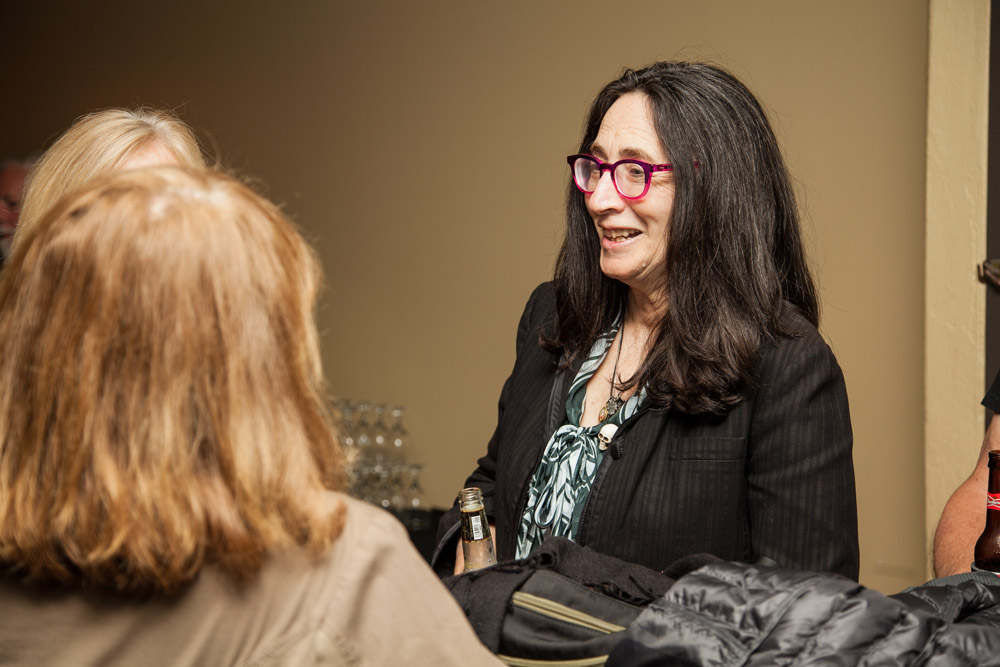 Panelist and author of Gluttony Francine Prose, right, speaking with guests at the reception