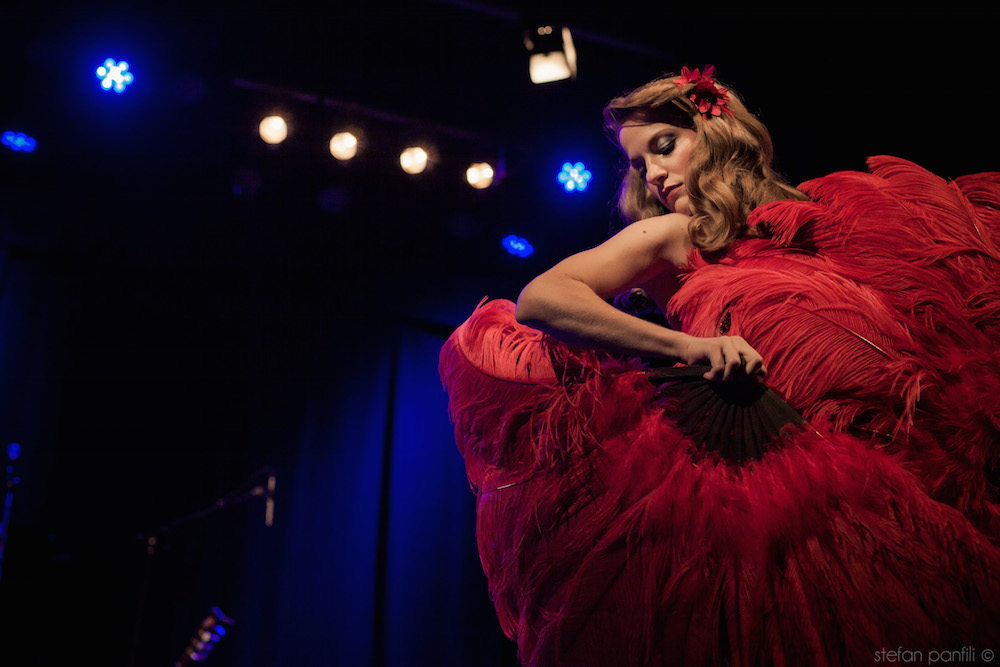 The song is a hokey karaoke version of Frank Sinatra’s “Witchcraft.” It’s the week of Halloween, 2012, and I’m in a theater on New York’s Upper West Side. I’m wearing a short satin skirt, bright green tights, a corset beneath a fitted velvet jacket, and an enormous witch hat covered in green glitter. For the past month, I’ve been practicing the smoothest way to peel off a pair of long, black gloves as I imitate Ol’ Blue Eyes’ croon.

I never imagined that burlesque was a field I would work in, let alone enjoy. In 2011, I moved to New York City, fresh out of college with a degree in vocal performance and ready for whatever the city had to offer. I assumed I’d work my way through the opera scene, maybe spend some time in musical theater, but when a small opera company led me to their co-produced burlesque troupe, the Hot Box Girls, I found myself in a world where I could sing what I wanted, build my own costumes, and connect with an audience in a more personal way than ever before. I still sing opera and work in theater on top of teaching yoga and other freelance work, but burlesque is a big part of my performance book now; I appear frequently at cabarets, supper clubs, private parties, and other events. Any given week, you can find me locked in a dance studio practicing with a set of huge ostrich feather fans. 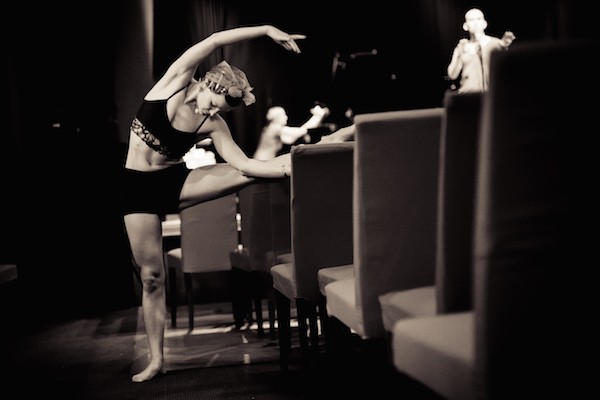 Born of satire in the 1920s and ’30s, burlesque is enjoying a resurgence today, especially in cultural hubs like New York. Stop by any swanky bar on an off-night and you’ve got a pretty good chance of seeing some form of it, from a scantily clad girl swaying her hips in front of a jazz combo to a contortionist in platform heels gyrating to Middle Eastern music. Yes, we’re talking about striptease acts—but what you take off and how you do it can make the difference between art and obscenity. And while burlesque was originally a low-society entertainment of kitschy jokes and scantily clad chorus girls, who made a living by performing five shows a day to men with newspapers covering their laps, the current trend has become a force for female empowerment, a place for women to embrace—and control—their own sensuality.

Before I ever stepped on stage, my first challenge was coming up with a name. Originally used to protect the privacy (and reputation) of the performers, burlesque names, to me, are still an important part of freeing yourself to bare it all on stage. I wanted something French, something that played off the idea that I was petite and slim—not usually a plus in burlesque. I settled on Trixie La Fée (literally “the fairy”). Having an alter ego made me feel like someone to whom the rules of contemporary life don’t apply. Trixie doesn’t have bills to pay or dishes to wash; she has a voice, a body, a sequined corset, and five minutes of music to do whatever she wants.

The goal is to make undressing look easy. It isn’t, of course; creating the impression that this is just how I get out of my clothes at the end of the night requires designing and building costumes with hooks and snaps and zippers in just the right places, and then rehearsing for hours until those pieces fall away exactly when and how you want them to. The mechanics of piling on three or four sparkly layers just to immediately peel them off can seem comical when you’re rushing through a quick change backstage. But the prep makes the performance. The ease and comfort of your movement allows you to set the boundaries of the world, so audience members know what to anticipate and how to react. Gypsy Rose Lee, a revolutionary striptease artist of the late 1930s, showed the world that taking off nothing but a glove can be sexy if you play it right. 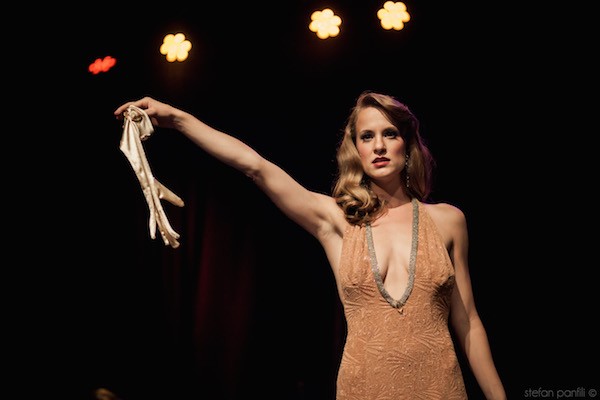 The danger of wardrobe malfunctions is very real. Once you’re down to your pasties, there’s not much mystery left to gamble with. I admire performers who can step out and whip it off with no anxiety. For me, it’s still hours lacing and unlacing that corset in front of my bedroom mirror, trying to come up with everything that could go wrong and finding an escape plan for each scenario. Still, inevitably, things happen. I’ve changed a whole number mid-song when I felt my carefully adhered merkin fall to the floor beneath my gown—and had a good laugh about it backstage afterward.

Once you’ve perfected the moves as best you can, crafting a good burlesque performance is largely a matter of trial and error. Did the audience laugh at that? Who holds your gaze when you glance their way? Who immediately looks down at their cocktail? Some people come in wanting to participate, to hoot and holler, while some take half the show to warm up and relax. As a society bombarded with sexualized semi-nude images all over the place, we’re both scandalized and completely de-sensitized by skin. We’re told to silence our desires, rather than explore our curiosities without the pressures of judgments and labels. But in live burlesque, where all underwear is sparkly (and impractical), we get permission to look, laugh, and catcall, and it doesn’t all have to be serious or especially sexual. The girl on stage is enjoying herself—so we are safe to do the same. 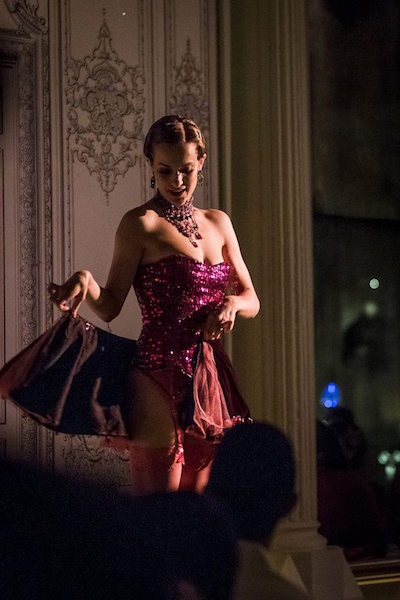 It’s never been easy to explain to friends, or significant others, but there’s something freeing and thrilling about burlesque, not to mention beautiful. While it is still occasionally criticized as degrading—or seen as a field for performers with no intelligence or “real” skills—really, it’s a power trip. Today’s starlets of burlesque are trained ballerinas, acrobats, jazz singers, and makeup artists, many with spouses and kids at home. Entertainers like Dita Von Teese, a modern burlesque icon, attract audiences that are 60 percent heterosexual women. The vast majority of excited comments I receive after shows are from women, too. They usually compliment my bravery or confess they want to try burlesque themselves—or ask for my fitness routine.

When I started, I wasn’t always sure of how I should walk or dance, what would make me appear confident and intriguing. Now, when I sit on my living room floor gluing rhinestones onto pasties or stitching pearls onto panties, I don’t worry about what someone is going to think of my body. I may fuss over false eyelashes and how many extra pairs of stockings I have on hand, sure. But at the end of each song, after the layers have been shed and I’ve left just about everything on the stage, it’s exciting to know that under the sparkles and the lights it’s just me, in my own skin, secure enough to turn and let you watch me walk away.