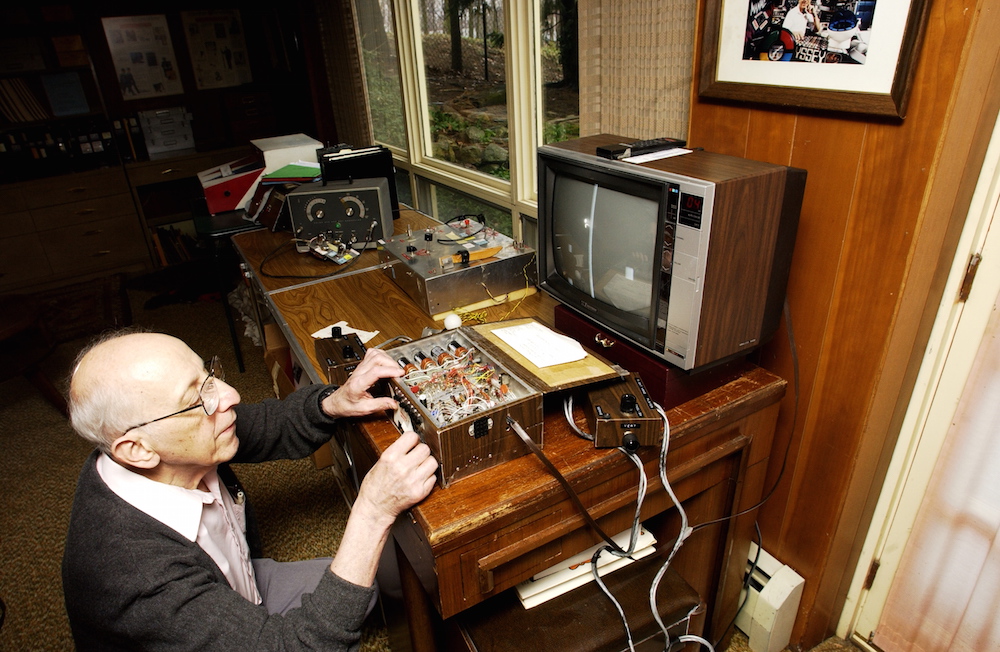 It’s perhaps fitting that the man recognized as the father of the video game, that quintessential American invention, was a refugee from Hitler’s Germany, whose personal story converged with America’s at a critical time in the nation’s history.

“I had the misfortune of being born in a horrendous situation,” Ralph Baer told the Computer History Museum, of his birth to Jewish parents in 1922 in southwestern Germany. When the Nazis came to power, Baer was still a young child. They threw all Jewish students out of school, forcing him to seek employment at the age of 14. He worked as an office typist, then collected money for bars, and took a menial job in a shoe factory, among other jobs. According to a story his son Mark had heard, which he passed on to me, Baer’s boss at the shoe factory told him he would never amount to anything. Undaunted, the young Baer showed up his boss by inventing a machine that automated what had been a one-off hand-punch process, an early sign of his innovative talent, not to mention his defiance.

A quick learner, Baer began a life-long process of self-education. He taught himself English, which he said proved critical in getting his family on the “miniscule” list of individuals accepted by U.S. immigration. Just weeks before Kristallnacht, the “Night of the Broken Glass,” which signaled a major escalation of the Nazi state’s war on Judaism, the Baer family escaped Hitler’s grip. They made their way to New York, where Baer’s mother had relatives. In retrospect, horrifying as they were, Baer’s early years in Germany sharpened personality traits that helped prepare him for a career in innovation: perseverance, scrappiness, risk-taking, resourcefulness, and self-confidence.

Baer was only 16 when he arrived in New York in 1938. He immediately showed a characteristic immigrant’s work ethic and drive to succeed. Resuming his self-education—necessary because of his lack of any school degree from Germany—he spent afternoons studying at the New York Public Library. He also took correspondence courses in radio and television electronics. In 1943, he was drafted into the Army, and then assigned to military intelligence on account of his fluent German and other language skills. After the war, like millions of veterans, Baer went to school on the GI Bill. He had to go to Chicago for schooling because all the colleges in New York were completely full of returning GIs. In some ways, that was a blessing as he met radio and television pioneers there and earned what he believed was the first B.S. degree anywhere in television engineering. Thereafter, he returned to New York. 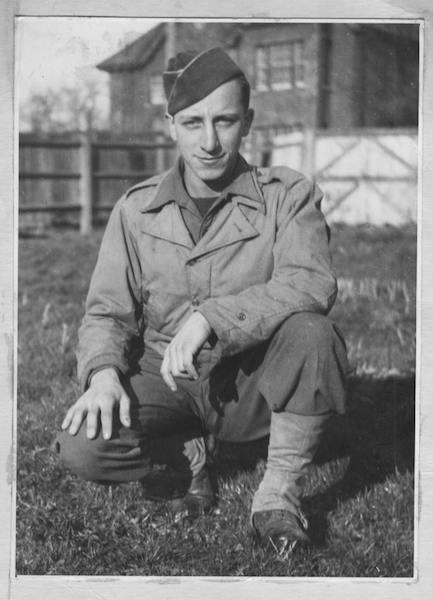 Innovation requires the good fortune to be at the right place at the right time, as much as it does individual genius. Baer came to the United States during the heyday of the American industrial research lab, and New York was a center of electronics innovation. It was a world that seemed made for him. Intelligent and ambitious, he quickly found employment in the growing defense electronics sector in New York City, including at such companies as Loral Electronics and Transitron.

While he did well at jobs that capitalized on his military experience and knowledge of electronics, Baer kept an eye on the extraordinary things happening with commercial radio and TV. In America’s post-war economic boom, televisions were entering homes at an amazing rate. There would soon be more than 50 million TV sets in American living rooms, and in this Baer saw a rare opportunity.

One of his first assignments at Loral Electronics was to build a television set. While doing this, he became convinced TVs were underutilized as a one-way, passive medium. Thus was born his idea of interactive TV, and what he initially called “participatory television.” “When I was with Loral,” he recalled, “I suggested that we do something drastically different with a TV set. But the chief engineer said, ‘Forget it. You’re already behind schedule anyway, so stop screwing around with this stuff. Build the set.’”

Baer finally had a chance to realize his dream a few years later at his job at Sanders Associates, a defense electronics firm in Nashua, New Hampshire. Rising quickly in the organization, Baer showed he knew how to operate within a large corporate R&D structure, but soon proved his imagination could not be contained by that, or for that matter, any structure.

Baer was having trouble creating a device that would actually introduce images on the TV screen until he had a Eureka moment while on a business trip to New York City. Sitting at a bus stop, he realized he could build a small radio frequency signal device, “so you could get into the antenna terminals of a TV set on Channel 3 or Channel 4.” He realized that this was a way to begin to make the television set more interactive.

Soon thereafter, while managing a military research lab of hundreds of technicians and engineers, Baer quietly commandeered a small former library space on the fifth floor of the company’s Canal Street building, where he secretly started what he called his own “skunk works.” When the pace of business allowed, he and a couple of tech designers he had selected to assist him worked sporadically on the idea of a game console that could work on unmodified TV sets. He also did some related work in his basement lab in his home. “Little by little we got stuff on the screen,” he remembered. “Then we started thinking about what games to play.” That included the first-ever onscreen pingpong game.

Out of this original idea came his famous prototype “brown box,” a single console containing the first video gaming system, now in the collections of the Smithsonian’s National Museum of American History. Once he created a prototype, he finally went public. Baer presented it to his managers, persuading them they could make money with TV/video games, even though such games had nothing to do with the serious business of radar and other defense R&D that were Sanders’ main product lines. And make money they did. Sanders, which had obtained clean and clear property rights to Baer’s prototype for the princely sum of one dollar, licensed the brown box technology to a TV company, Magnavox, which produced the hugely popular Odyssey video game console. Sanders ultimately earned roughly $100 million (1970s dollars) from the patents Baer assigned to the company. What distinguished Baer from many other inventors was his attention to commercialization. He knew an invention didn’t count unless it actually found a market. When he was later asked how he managed to develop commercially successful home video games at a military contractor that had nothing to do with television, he quipped it was “a piece of Jewish chutzpah.” “I just did it,” he said. 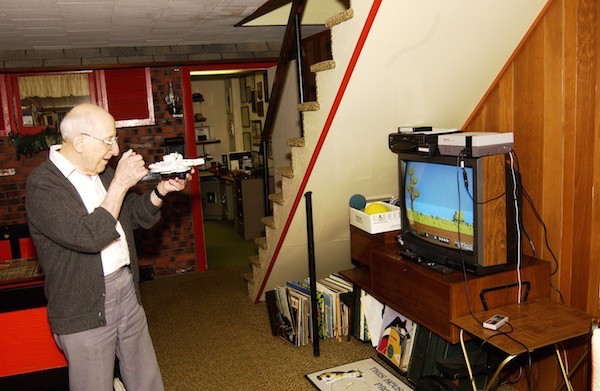 Baer playing a videogame he invented; his basement workshop is in the background.
Courtesy of Smithsonian National Museum of American History.

Baer had always been a tinkerer at home, too, and his success with the brown box only motivated him to do more. He was clearly happiest working in his cozy basement in Manchester, 18 miles away from Sanders, amidst family and his favorite tools and devices. West Coast garages rank high in the hierarchy of temples of innovation—both Hewlett Packard and Apple famously trace their origins back to suburban garages. But if you’re into video games, you owe a debt of gratitude to an East Coast basement. We’ve reassembled that very lab at our museum, as a key exhibit in the new wing dedicated to innovation and American enterprise.

Experts often debate whether invention and innovation rely more on solitary endeavors or institutional collaboration, but Baer’s work shows that it’s more often than not a combination of both dynamics that spark technological revolution, as he straddled both models with his twin workplaces. Sanders provided resources and an “ecosystem” for innovation. His Manchester basement with its bright red door provided his all-hours escape and unfettered freedom. Baer’s personal odyssey has become part of our common American story, and I am proud that his basement workshop has been enshrined for future generations of video game enthusiasts.