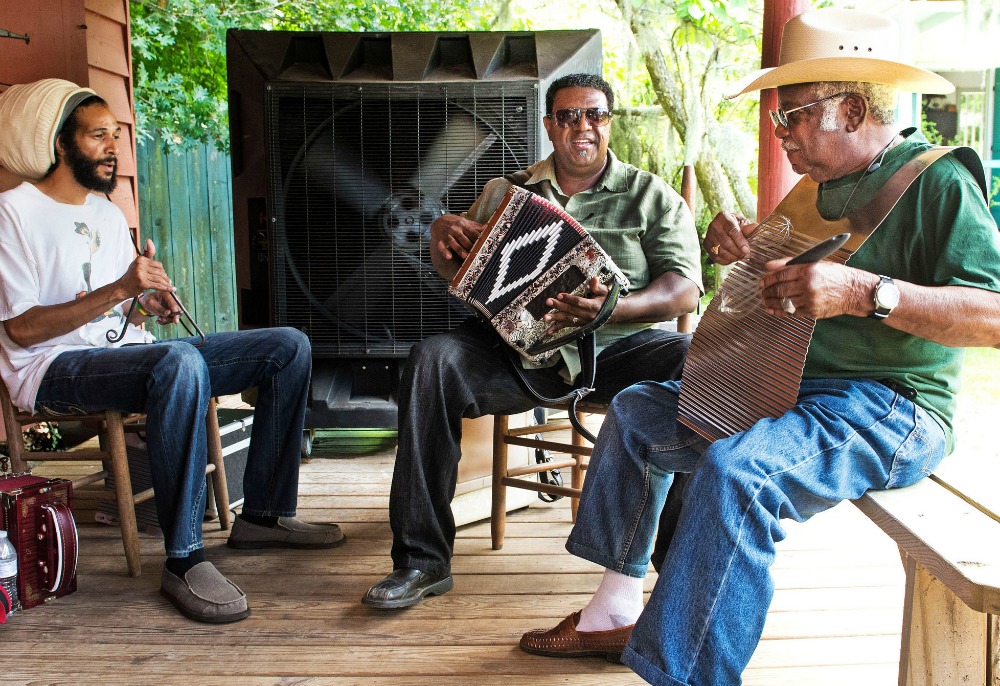 Actor Taye Diggs recently raised eyebrows by declaring that he hopes his young son—who has a white mother of Portuguese descent—identifies as “mixed” instead of black. Diggs, who is African-American, also included President Barack Obama in his statement. “Everybody refers to him as the first black president. I’m not saying it’s wrong. I’m just saying that it’s interesting. It would be great if it didn’t matter and that people could call him mixed. We’re still choosing to make that decision, and that’s when I think you get into some dangerous waters.”

So, who is “black” in America? To answer this question, I think it helps to look at the history of Houston, the city where I grew up and a place that has grappled with the black-white color line in a different way than we’ve conventionally come to understand race in America. A sizable population of people in Houston through the 20th century has identified as “Creole”—and many never really identified as black or white.

The Creoles who came to live in Houston were descendants of a free, mixed-race population that appeared in colonial Louisiana in the 18th century. The first generation typically had French or Spanish fathers and African mothers. Coerced sexual relationships, complex negotiations, and outright rape led to the creation of this population. Some white men freed their mixed-race offspring, who became known as gens de couleur libre (free people of color). Free people of color formed a separate racial group in colonial Louisiana. Since they were free, they were not lumped into the same category as black slaves. But they also did not have the same legal status as white people. Free people of color, then, were neither white nor black. Following the end of slavery in 1865, they called themselves Creoles of color, a name that future generations continued to use to identify themselves as a group.

In the decade following World War I, thousands of Louisiana migrants with French surnames began moving to Houston, most identifying as Creoles of color. The first wave of migrants came in search of labor. A second wave of migrants moved to Houston after the Great Mississippi Flood of 1927 ravaged parts of Louisiana. They established a community on the city’s north side called Frenchtown.

At first glance, Frenchtown fits within the history of the Great Migration, when more than 6 million African-Americans moved from the South to cities in the Northeast, the Midwest, and on the West Coast. At the same time, black southerners who wished to remain in the South relocated to growing urban centers like Atlanta, Memphis, Richmond, Louisville, Birmingham, Dallas, and Houston.

It was only when I left Houston that I realized that “French” was not part of every American’s racial lexicon.

While Frenchtown was located on the northern periphery of Fifth Ward, a section of Houston with a historically large black population, the residents of Fifth Ward and Frenchtown often considered themselves members of two separate groups. In the eyes of the law, however, black Texans and Creoles of color were both “Negroes.” The Supreme Court had ruled in 1896 that a New Orleans Creole named Homer Plessy was subject to segregationist measures like Louisiana’s “Separate Car Law” of 1890, which declared that black people had to sit in designated seating in the rear car of trains. The Plessy v. Ferguson decision not only sanctioned Jim Crow, it also made the “one-drop rule”—which decreed that one drop of black heritage was enough to make any person black in the eyes of society—part of actual southern law. Even as segregation laws tightened, though, many Creoles of color maintained that they were members of a separate group, one that was neither black nor white. For them, legal status alone would not determine their identity.

And even if Creoles were lumped in with those called “Negro” or “black,” the people in that group had their own history of racial mixing: In Houston in 1920, at least 25 percent of the black population was marked as “mulatto” in the federal census, the unscientific term of the day for indicating that one parent had a European background.

So what makes Creole its own identity? And how is this different from being “mixed”?

For one thing, Creoles of color emerged from a specific geographic location—southern Louisiana. By the early 1800s, free people of color married other people with the same status, and they lived in close proximity to one another. They created a society with its own social conventions and cultural traditions. They spoke French, practiced Catholicism, and established musical traditions like the accordion-based “la-la.” Foods like boudin, gumbo, and étouffée became staples of Creole cuisine. When they evoked a Creole identity, then, they did not just refer to their European and African roots; they also referred to the linguistic, religious, culinary, and musical traditions that helped them express who they are as a people. Creoles of color imported many of those cultural traditions to Houston’s Frenchtown. They built a distinct enclave, and Our Mother of Mercy Catholic church anchored the community. In Frenchtown after World War II, la-la morphed into the style of music known as “zydeco.”

Creoles of color also show that racial identity is not static. By the 1960s, a growing number identified as black. The culmination of the civil rights and Black Power movements led to a reconstitution of racial identity for some Creoles. While many continue to maintain that they are a separate racial group, others consider themselves racially black and culturally Creole. Consider the conundrum among students in my high school in the 1990s when a popular cheerleader with a café au lait complexion, wavy hair, and a French surname was crowned homecoming queen in my 10th grade year. Her election took place at a time when I counted people born in Mexico, Colombia, Vietnam, the Philippines, Trinidad, and India in my circle of friends. Some people celebrated her as the first black homecoming queen. For others, especially many of my fellow black classmates, the girl in the tiara was Creole, or “French.” For us, the term “French” was very flexible—it could describe people who identified as non-black, and to refer to black people who traced their roots to French speakers in Louisiana.

It was only when I left Houston that I realized that “French” was not part of every American’s racial lexicon. I learned that my way of thinking about race and culture grew out of the history of the Gulf Coast and my experiences with the people who live there. When I began writing my dissertation on Houston while in graduate school, I had to explain why Creoles of color were not simply “French-speaking black people.”

As Taye Diggs reminds us, questions about how much race matters to identity still circulate in America 50 years after legal segregation ended. Race is an ever-evolving concept, one that has been defined by law, ancestry, culture, and space at different times in U.S. history. The question of “who is black” was never an easy one to answer, even in the days of Jim Crow—and perhaps even more so in our modern society.