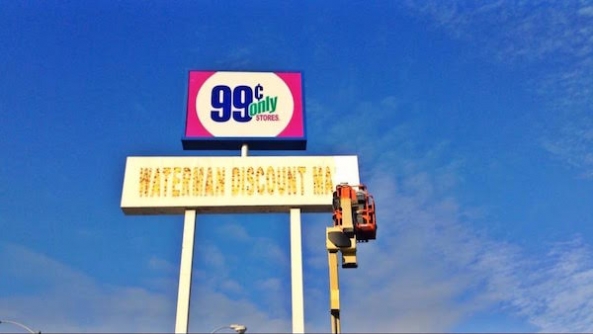 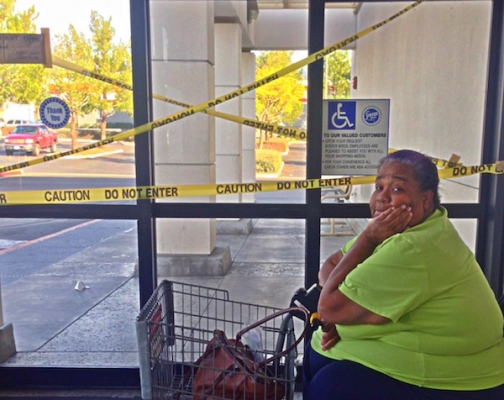 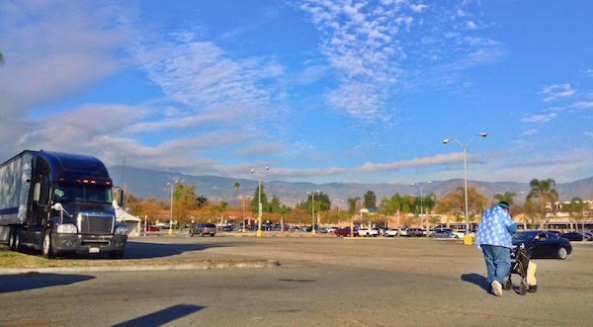 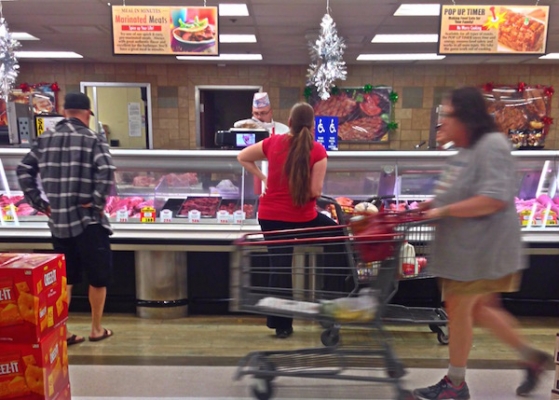 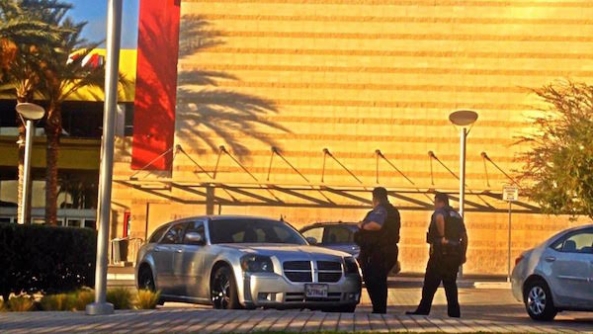 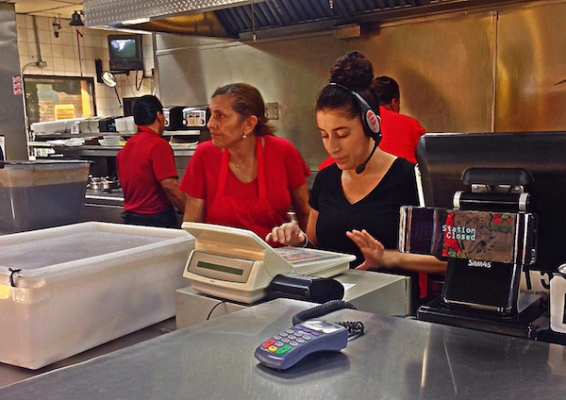 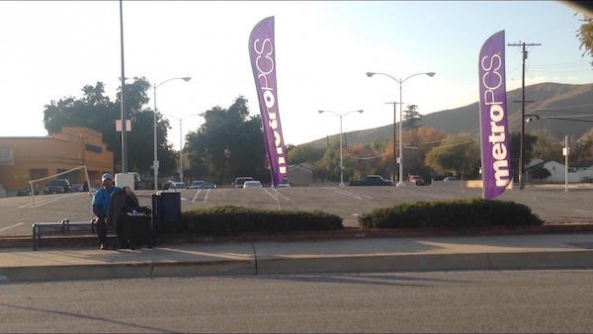 On a stroll through San Bernardino’s business district last weekend, I came across a woman on a street corner gripping a teetering stack of fliers and an empty Big Gulp. As she struggled to hold everything in place, the Big Gulp slipped from the nook of her elbow, spilling the fliers all over the sidewalk. With a sigh, she bent down to collect them. A long-haired dachshund patiently watched the scene by her side.

I stopped to help her, and complimented the dog’s obedience. The woman looked tough: She had long dreadlocks, a studded belt, and a gang tattoo beside her left eye. But she gave me a warm smile. “Thanks, man,” she said.

If you’ve never been to Southern California, it’s likely the only reason you’ve heard about San Bernardino is that, two weeks ago, a married couple carried out America’s deadliest shooting in three years there, killing 14 people and injuring 21 more. Or maybe you’ve happened to read “San Bernardino: Broken City,” a devastatingly bleak profile of the city in the Los Angeles Times last June that begins with a mother and her child getting evicted from a motel, and ends with a homeless woman shooting meth.

It’s a rough time for San Bernardino, indeed; nearly a third of its residents live below the poverty line, and its already high homicide rate is rising. The national spotlight on the city following the shootings has only made things appear worse.

Yet the San Bernardino that makes headlines is not the San Bernardino I know. That’s not to say the media’s stories are untrue, but rather, like any impoverished American city, there’s more to the place than gang-related murders and a woman nearly beheading her 5-year-old son. I’ve lived in San Bernardino for the last year and a half, studying for a master’s of fine arts at California State University, San Bernardino. Before that, when I was growing up in Indio an hour east on Interstate 10, I used to travel to the city’s malls and visit friends who lived around CSUSB’s campus.

In my eyes, San Bernardino is beautiful. It’s a place that refuses uniformity—a place that keeps itself from falling into sameness. Like anywhere, it has a few pockets of generic businesses like Wal-Mart and Target, but very few buildings that look the same. Purple barbershops stand next to orange Mexican restaurants. This diversity reflects the people: You’re almost as likely to meet someone who was raised in Pakistan or Belize as you are someone who has spent their entire life in Southern California.

After watching the TV coverage of the shooting, and the rundown houses and empty streets that appeared as the backdrop for national correspondents, I was frustrated with the portrait of the place being offered. And so a local photographer friend and I decided to go for a walk—to capture the city as we see it, outside the context of grim economic trends and national tragedy.

We started one afternoon along Waterman Ave., a major road that runs through the city’s center, where traffic bustled under stoplights and over potholes. Some cars took the potholes head on, while others swerved into the adjacent lanes to avoid them. Soon we found ourselves in the rugged parking lot of Waterman’s Discount Mall, a beige and blue building secured with barred windows. Unlike a typical mall, Waterman’s is closer to an indoor swap meet than a series of individual boutiques, because it’s filled with open booths where the merchandise itself marks the start of a new vendor. We wandered in.

At that time of the afternoon, Waterman’s always has a big mix of shoppers. Under the bright fluorescent lights, the vendors floated around their registers on their phones, while young women with black leather jackets and gold-hoop earrings looked through racks of tight-fitting dresses, holding them against their bodies for their friends to judge. Two young guys in sleek black jogging pants yelled over to their friends looking at phone cases that they should go to Del Taco. A mother outside a hair salon instructed the stylist how to cut her young son’s hair.

Meandering down the middle of the booths, I poked through an older woman vendor’s health and beauty supplies. I came across a fluoride-free toothpaste made out of aloe vera that I wanted. I didn’t have any cash, though, so I had to ask her in broken Spanish if I could pay with a card. The woman pulled out an old, worn-out credit card machine. As she ran my card, her granddaughter came around the corner from playing with another vendor’s kid, and the woman gently told the child to go keep playing as she sent me off with my toothpaste.

West of the mall, we passed a nearly empty movie theatre, where two policemen stood in front of their undercover light blue Dodge Charger in the parking lot. Along the sidewalk, people took lunch breaks beneath pruned trees and in the shade of tall buildings. Everything was tinted orange by the late afternoon sun.

I struck up a conversation with one woman, Hilda, who was leaning against a wide cement pillar and pulling on a cigarette, watching the cars pass. She said her coworkers and she had been staring at the streets from their building’s countless windows since the shootings happened. Behind her cool demeanor, she was unsure about the city after Wednesday’s events, but she felt reassured by the officers stationed across the street.

When I first moved to San Bernardino, my mom worried about all the drugs and crime. She still worries. But I tell her that the city isn’t that different from the places I grew up. There’s an openness that’s too easily masked by the trash caught in the chain-link fences of unkempt lots. And adversity doesn’t stop people from driving to stores, going about their day, smiling at each other.

It was clear, even in the aftermath of the mass shooting, that San Bernardino won’t be defined by this new tragedy, at least to the people in San Bernardino. When I got back from my walk, I sat on my porch and played fetch with my dog. I felt comforted by the city’s calmness. More than ever, San Bernardino felt like home.