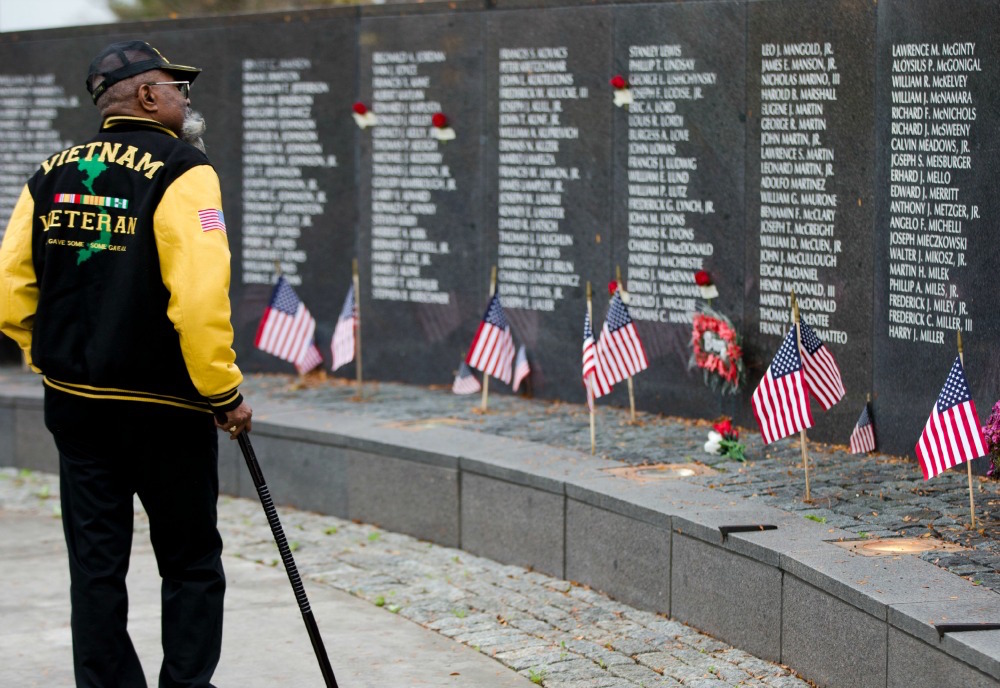 Almost 3,000 migrants have drowned this year trying to cross the Mediterranean Sea from Africa to Europe. Many of their bodies have washed ashore without names. These are bodies of people whose loved ones will never know their fates; they are bodies bereft of the most fundamental attribute of cultural belonging.

A very few have been identified. Italian doctors managed to match a photograph of a young, smiling Eritrean woman dressed in colorful clothes with the teeth of an anonymous corpse, its face frozen in the grin of rigor mortis. This body got back its name and re-entered the order of humanity.

Naming the dead is a great antidote to anonymity and a testament to belonging: Very quickly after the last terrorist attack on American soil—in San Bernardino, California—we got media reports listing the 14 people killed; we’ve built important public memorials in the last 50 years comprised of great assemblages of the names of the dead. Two thousand nine hundred and forty-two of them are at the heart of the National September 11 Memorial and Museum in New York. They are organized into nine broad categories—those who worked in Tower 1, first responders, crew and passengers of United Airlines Flight 175, for example—and within each category by more refined classifications—those who worked together, first responders from a particular agency, the crew of Flight 175. Next of kin were allowed to suggest the proximity of particular names, so that close friends and colleagues could be closer to one another here, too. These naming practices restore the dead to the places they once held in the social world of the living.

Resting beneath the great panels of names are the remains of 1,115 unidentified bodies; 7,930 plastic envelopes of unidentified bone fragments joined them in 2014. The names of the dead are thus as near to the bodies they have lost as forensic science and aesthetic ingenuity allow.

Maya Lin’s stunning Vietnam Veterans Memorial in Washington, D.C. is, of course, centrally about names. These are organized chronologically into the deathly contours of the unfolding of war; the wall is at its tallest for the period of greatest numbers of fatalities. Visitors see themselves reflected in the names; they trace names on paper; they leave gifts and notes in front of particular panels for the person remembered by an inscribed name. The exact locations of the bodily remains of most of these names are known, but 1,626 of the names on the black shiny marble wall represent bodies that are lost—disappeared. The only trace of their existence is the inscriptions of their names on this memorial.

This sort of recuperative attention to the names of the dead is found not only in great public places. It informs smaller and more intimate settings. Woody Guthrie’s last great protest song, “Deportee (Plane Wreck at Los Gatos),” for example, is about the 28 unnamed Mexican workers who went down in flames in Los Gatos Canyon, near Coalinga, in 1948:

Goodbye to my Juan, goodbye, Rosalita,
Adios mis amigos, Jesus y Maria;
You won’t have your names when you ride the big airplane,
All they will call you will be “deportees”

The names of the pilot and security guards on this tragic flight were printed in The New York Times and other papers; the 28 Mexicans were buried anonymously. These dead, seen as beneath notice, were buried anonymously in a mass grave—“Mexican Nationals 1–28”—in a nearby Catholic cemetery. Sixty years later, through the efforts of the poet and performer Tim Hernandez and an aged cemetery worker, their names were recovered. A proper memorial was built. The site became a place around which the dead hovered: “Abuelo, Tio, estoy aquí” (Grandfather, Uncle, I am here). The nameless had a resting place: “Mi’jo, I can go in peace now that I know where my brother was buried.”

In 2013, Hernandez and the Fresno musician Lance Canales recorded a new version of “Deportee” in which the individuals’ names are all sung.

There have been many such efforts to name the dead in the last few decades, large and small. Advocates for the anonymous dead buried in a potter’s field on New York City’s Hart Island have recovered 63,694 names, out of nearly 1 million nameless bodies that have been buried there since 1868. This past summer, as a result of the settlement of a lawsuit brought by the ACLU, relatives of those who think they have kin on the island gained the right to visit and mourn. From 2003 to 2007, Castro Valley police and community groups spent hundreds of hours and tens of thousands of dollars to discover the name of an anonymous Latina found dead on the city’s streets. They succeeded; the body was returned to her family in Mexico.

Our interest in commemorating the dead through the recovery of their names dates back to the 19th century: Before then, soldiers were usually buried anonymously where they fell, and even many private graves were only minimally marked. The American Civil War was a turning point. A great web of emotion—letters, poems, and novels—made the anonymous death of soldiers unacceptable in both the public and private spheres. Gettysburg was the first national cemetery in the modern world and was modeled on the one on the site of the Battle of Marathon—where the Athenian soldiers who died defeating the city’s great Persian enemy are buried.

But World War I was an even more decisive moment. The period after the war witnessed the creation of many naming monuments, the largest of which at Thiepval listed 72,195 British soldiers who died in the Battle of the Somme and whose bodies were either nameless—the unknowns—or lost—disappeared into the muck. Starting in the early 1920s, Britain, France, the United States, and other countries erected tombs of an “Unknown Soldier,” a body that in its eternal anonymity represented all such bodies. These memorials became hallowed ground.

An easy answer to why individual names have become so much a part of our commemorative culture is the rise of democracy: Every one of us deserves individual remembrance. True enough, but it only gets us so far. More important is the claim, made by more and more groups—descendants of slaves and migrants, families of ordinary office workers and common soldiers—that their dead, too, had lives worth noting and have a right to public recognition, to a place among the living. If the 19th century was the great age of the monument to civic worthies, the 20th is the age of the universal right to a name worth remembering. The state that had conscripted millions of young men to die for its sake recorded their names as evidence of national belonging and sacrifice. But more importantly, beginning with the Civil War, ordinary people began to feel that each and every life has a claim to a denouement—to a known and knowable death.