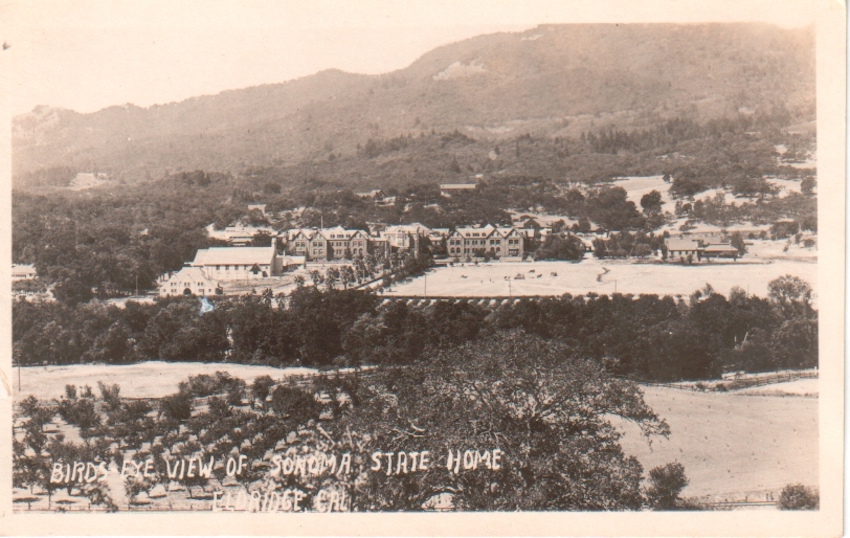 Not too long ago, more than 60,000 people were sterilized in the United States based on eugenic laws. Most of these operations were performed before the 1960s in institutions for the so-called “mentally ill” or “mentally deficient.” In the early 20th century across the country, medical superintendents, legislators, and social reformers affiliated with an emerging eugenics movement joined forces to put sterilization laws on the books. Such legislation was motivated by crude theories of human heredity that posited the wholesale inheritance of traits associated with a panoply of feared conditions such as criminality, feeblemindedness, and sexual deviance. Many sterilization advocates viewed reproductive surgery as a necessary public health intervention that would protect society from deleterious genes and the social and economic costs of managing “degenerate stock.” From today’s vantage point, compulsory sterilization looks patently like reproductive coercion and unethical medical practice.

At the time, however, sterilization both was countenanced by the U.S. Supreme Court (in the 1927 Buck v. Bell case) and supported by many scientists, reformers, and law-makers as one prong of a larger strategy to improve society by encouraging the reproduction of the “fit” and restricting the procreation of the “unfit.” In total, 32 U.S. states passed sterilization laws between 1907 and 1937, and surgeries reached their highest numbers in the late 1930s and early 1940s. Beginning in the 1970s, state legislatures began to repeal these laws, finding them antiquated and discriminatory, particularly towards people with disabilities.

Of the 60,000 sterilizations in the United States, California performed one-third, or 20,000, of them, making the Golden State the most aggressive sterilizer in the nation. Ten years ago, I published a book that explores the history of eugenics and sterilization in California, but I was frustrated that my research had yielded so little information about the state’s extensive sterilization program. I knew next to nothing about the thousands of Californians sterilized in institutions such as Sonoma, Mendocino, and Patton, all located in rural, remote parts of the state.

Who were these people? Why were they committed to institutions and then deprived of their reproductive autonomy? What was the demographic composition of those sterilized? Were certain groups of people disproportionately targeted? What about their families, interests, and lives, in and outside of the institution?

In 2007, I finally found crucial pieces of the historical puzzle. At the administrative offices of the state’s Department of Mental Health (now Department of State Hospitals), which had directed the state’s sterilization program decades earlier, a secretary pointed me to a standard-issue gray metal filing cabinet. Inside, I found a box with some microfilm reels. Squinting at the small dark font on the negative strips, I could make out the words “Sterilization Recommendation.”

In total, I located 19 microfilm reels containing thousands of documents dating from 1919 to 1952 (the most active years of sterilization), which had been preserved in the 1970s when the paper files were discarded. Several years ago, I was able to launch a project with a team of students and researchers at my institution, the University of Michigan, Ann Arbor, to create a dataset that contains all these records in de-identified and coded form. Data entry has been a protracted and demanding process, taking nearly three years, but ultimately we created a dataset containing 19,995 patient records.

Our dataset reveals that those sterilized in state institutions often were young women pronounced promiscuous; the sons and daughters of Mexican, Italian, and Japanese immigrants, frequently with parents too destitute to care for them; and men and women who transgressed sexual norms. Preliminary statistical analysis demonstrates that during the peak decade of operations from 1935 to 1944 Spanish-surnamed patients were 3.5 times more likely to be sterilized than patients in the general institutional population.

Laws that govern the use of medical records require that we redact personal information to protect patient privacy. Even though we will never be able to divulge the real names or precise circumstances of the 20,000 people sterilized in California, we can still see the ugly underside of medical paternalism and how authorities treated Mexican-Americans, African-Americans, immigrant groups, and people with disabilities and mental illnesses in 20th-century America.

In 1943, a 15-year-old Mexican-American boy we will call Roberto was committed to the Sonoma State Home, an institution for the “feebleminded” in Northern California. Roberto’s journey to Sonoma began the previous year when he was picked up by the Santa Barbara Police for a string of infractions that included intoxication, a knife fight, and involvement with a “local gang of marauding Mexicans.” Citing his record of delinquency and “borderline” IQ score of 75, the officials at Sonoma recommended that Roberto be sterilized.

Roberto’s father adamantly, and unsuccessfully, opposed his son’s sterilization, and went so far as to secure a priest to protest the operation. Again and again, the records reveal that many Mexican-American families like Roberto’s resisted compulsory sterilization, seeking support from the Catholic Church, the Mexican Consulate, and legal aid societies. On occasion, family members were able to stop or forestall the operation; in most cases, however, medical superintendents would simply override such protestations and proceed with surgery.

Four years later, the relatives of Hortencia, a young African-American woman held in Pacific Colony in Spadra, California, contacted the NAACP to make a strong case against her sterilization. They halted the surgery with threats of high-profile legal action, even though this meant Hortencia was not permitted to leave the institution.

At the same time, we found that many parents and guardians consented to the sterilization of their loved ones. Silvia, a Mexican-American mother of a toddler, was 20 years old when she was placed in Pacific Colony in 1950. She was assessed with an “imbecile” IQ of 35 and reportedly had been raised in a violent home. Silvia’s mother ostensibly could not control her daughter and approved her sterilization. 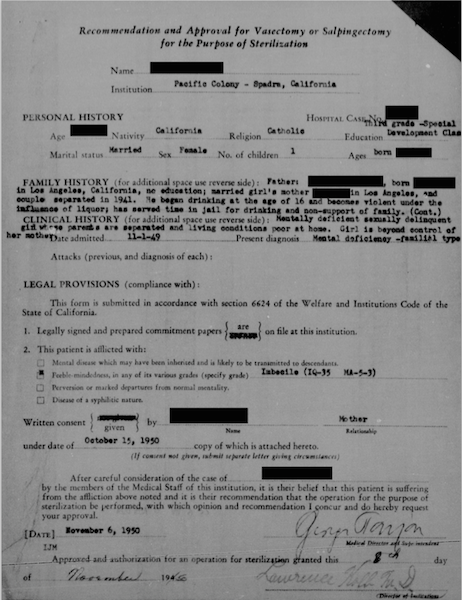 Image used in accordance with the California Committee for the Protection of Human Subjects Protocol ID 13-08-1310 and the University of Michigan Biomedical IRB HUM00084931.

Fifteen years earlier, Timothy, a white 25-year old placed in Stockton because of same-sex encounters since boyhood and a psychiatric diagnosis of “dementia praecox, hebephrenic type,” consented to his own reproductive surgery, perhaps because he knew that it was a potential ticket out of the facility or because he felt it would help him control his pathologized sexual desires.

In contrast, Mark, a white clergyman committed to Patton (a hospital for the “mentally ill”) for “dementia praecox, catatonic type,” wrote to officials in Sacramento in 1947 that he was “religiously opposed” to his own vasectomy. Records indicate that by speaking up for himself Mark persuaded authorities against the recommended vasectomy. 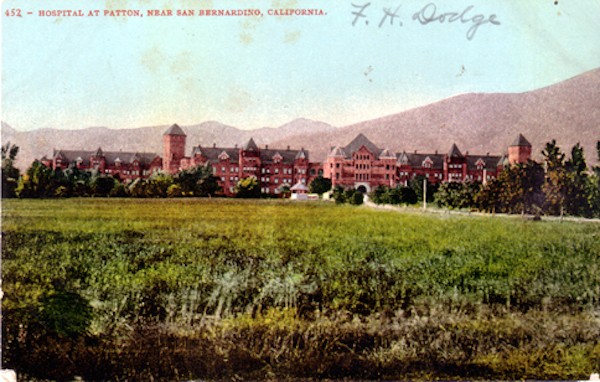 Postcard c.1910s of Patton State Hospital in San Bernardino. Patton, Southern California’s primary mental hospital for many years, was the largest sterilizer of the mentally ill in California and second highest sterilizer overall in the state.

Taken together, these experiences illuminate, often in poignant detail, an era when health officials controlled with impunity the reproductive bodies of people committed to institutions. Superintendents wielded great power and proceeded with little accountability, behaving in a fashion that today would be judged as wholly unprofessional, unethical, and potentially criminal. We hope our project can restore the dignity and individuality of people such as Roberto, Hortencia, and Mark, who were subjected to this kind of dehumanization.

This history remains relevant, considering a more contemporary episode of sterilization abuse, again in California’s public institutions. Although the state’s eugenic sterilization law was repealed in 1979, existing legislation provided leeway for operations in state prisons pursuant to a strict set of criteria. Between 2006 and 2010, 146 female inmates in two of California’s women’s prisons received tubal ligations that ran afoul of these criteria; at least three dozen of these unauthorized procedures directly violated the state’s own informed consent process. The majority of these female inmates were first-time offenders, African-American or Latina. Echoing the rationale of the eugenicists who championed sterilization in the 1930s, the physician responsible for many of these operations blithely explained they would save the state a great deal of money “compared to what you save in welfare paying for these unwanted children—as they procreated more.” In 2013, an intrepid journalist at the Center for Investigative Reporting broke this story and it eventually led to the passage of a bill banning sterilization in California state prisons.

These revelations demonstrate that, even in our age of bioethics and awareness of the wrongs of medical experimentation, we are not immune from the conditions that facilitated compulsory sterilization in the mid-20th century: lack of institutional oversight, presumptions that certain members of society are not “fit” to reproduce, and overzealous and biased physicians. The documents we found certainly contain historical lessons for the present and starkly remind us that we should never forget the past.